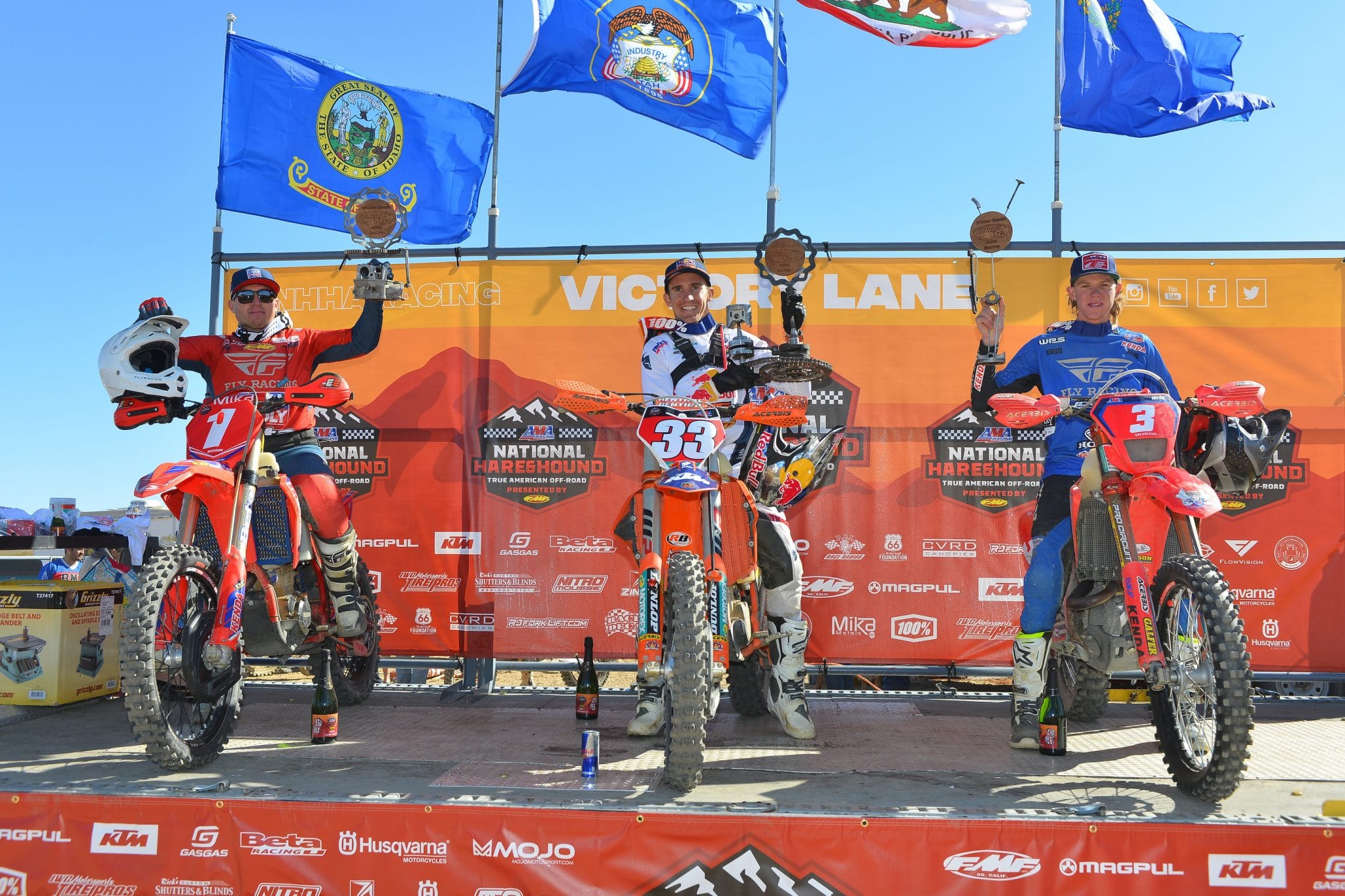 The 2022 National Hare & Hound season kicked off this weekend in Lucerne Valley, California this weekend. Kawasaki mounted Jacob Argubright was first to the bomb but was passed by Red Bull KTM’s Taylor Robert soon after. Robert’s would hold the lead position to the checkered flag despite having a late race crash damaging his clutch. Defending series champion factory Beta’s Joe Wasson was able to make a pass on Argubright just after the pit and would eventually finish second overall. JCR Honda’s Preston Campbell capitalized on a late race mistake from Argubright to claim the final position on the overall podium in third.

“I couldn’t be happier to get back out there today! My heart is in offroad racing and it doesn’t get much more offroad than this. The whole Desert MC crew was awesome and I had a blast out there. I was able to get into the lead pretty quick and then just kind of rode my own race, keeping an eye on the guys behind me for a little while. The first part of the second loop was really technical, so that was super fun, and then it kind of opened up and I got to stay on top of my desert game. When you don’t have anyone ahead of you, it’s easy to just start trail riding and I think that’s what happened because all the sudden I glanced behind me and Joe was right there. We had a killer battle all the way back to the finish but there was one point towards the end, I missed the turn and dropped my front-end into a hole and it broke my whole clutch perch off. I had to ride pretty aggressively to the finish – that last technical downhill was a little tricky because I couldn’t stop or pull the clutch in – but I had to keep it rolling and was able to get it done.” 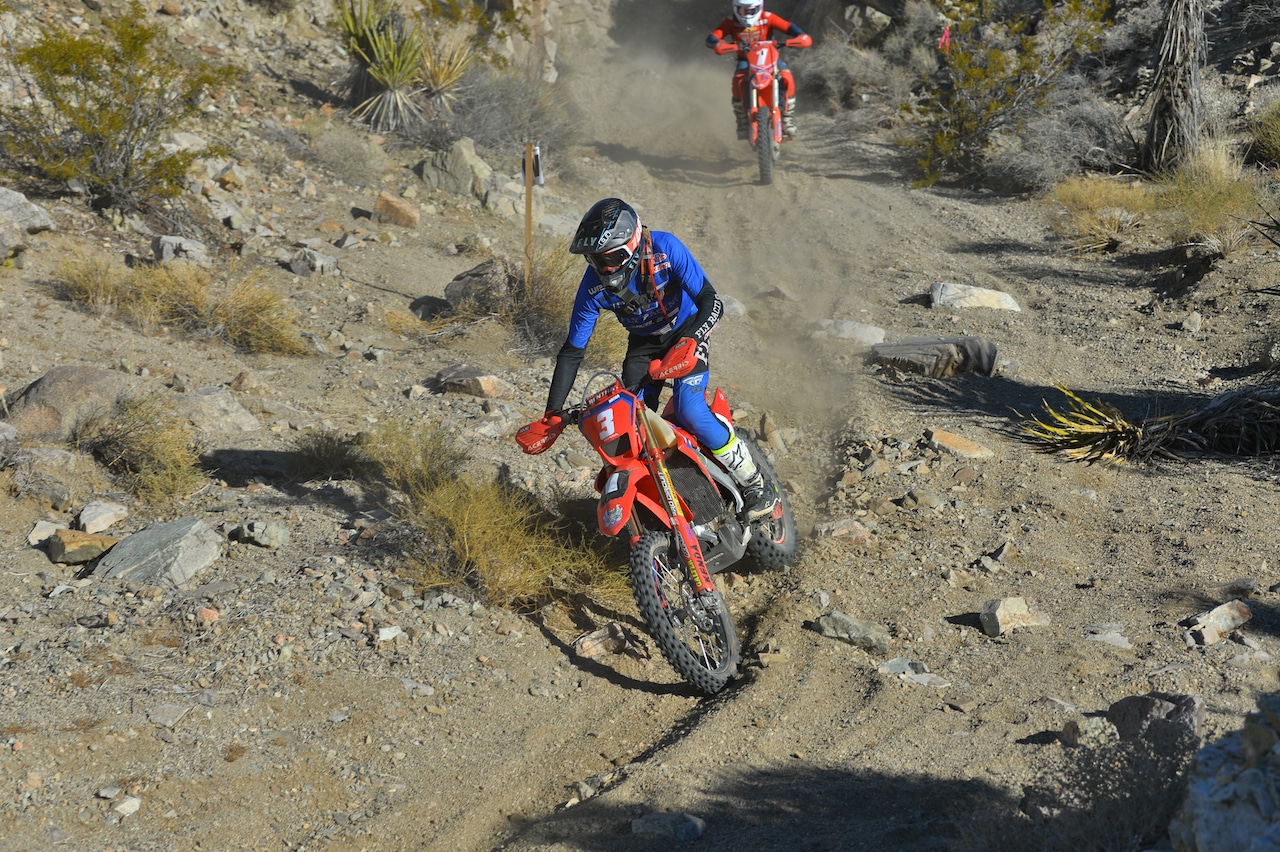 Preston Campbell put his JCR Honda on the podium at the 2022 season opener picking up where he left off in 2021.

In the Adventure class, it was KTM North America’s very own Quinn Cody taking the opening round victory aboard his KTM 890 ADVENTURE R. Cody grabbed the row three holeshot and put himself out front early on, never looking back en route to a dominant victory in his class.