Round 2 of the 2022 NGPC series was hosted by the Dirt Diggers MC and held at Honolulu Hills Raceway in Taft California. Husqvarna mounted Justin Hoeft who came on strong the final few races of 2021 got the hole-shot and would lead most of the 90 minute main event. Hoeft eventually finish a respectable fourth overall being passed by series regulars like factory Red Bull / KTM’s Dante Oliveira, Rockstar Husqvarna’s Austin Walton and round one winner SLR Honda’sCole Martinez.

Oliveira got off to a top-five start and attempted to quickly make his way to the front of the pack. In fourth place for the first few laps, less than 15 seconds separated Oliveira and the leader lap after lap but the reigning champion eventually made his move into the lead on lap six. Continually facing pressure from behind, Oliveira was able to maintain his lead through the checkers to secure his first win of the early season.

Austin Walton is making big improvements aboard his Rockstar Husqvarna in 2022. He was only five seconds behind Oliveira at the checkered flag. It’s only a matter of time before Walton wins one this year. 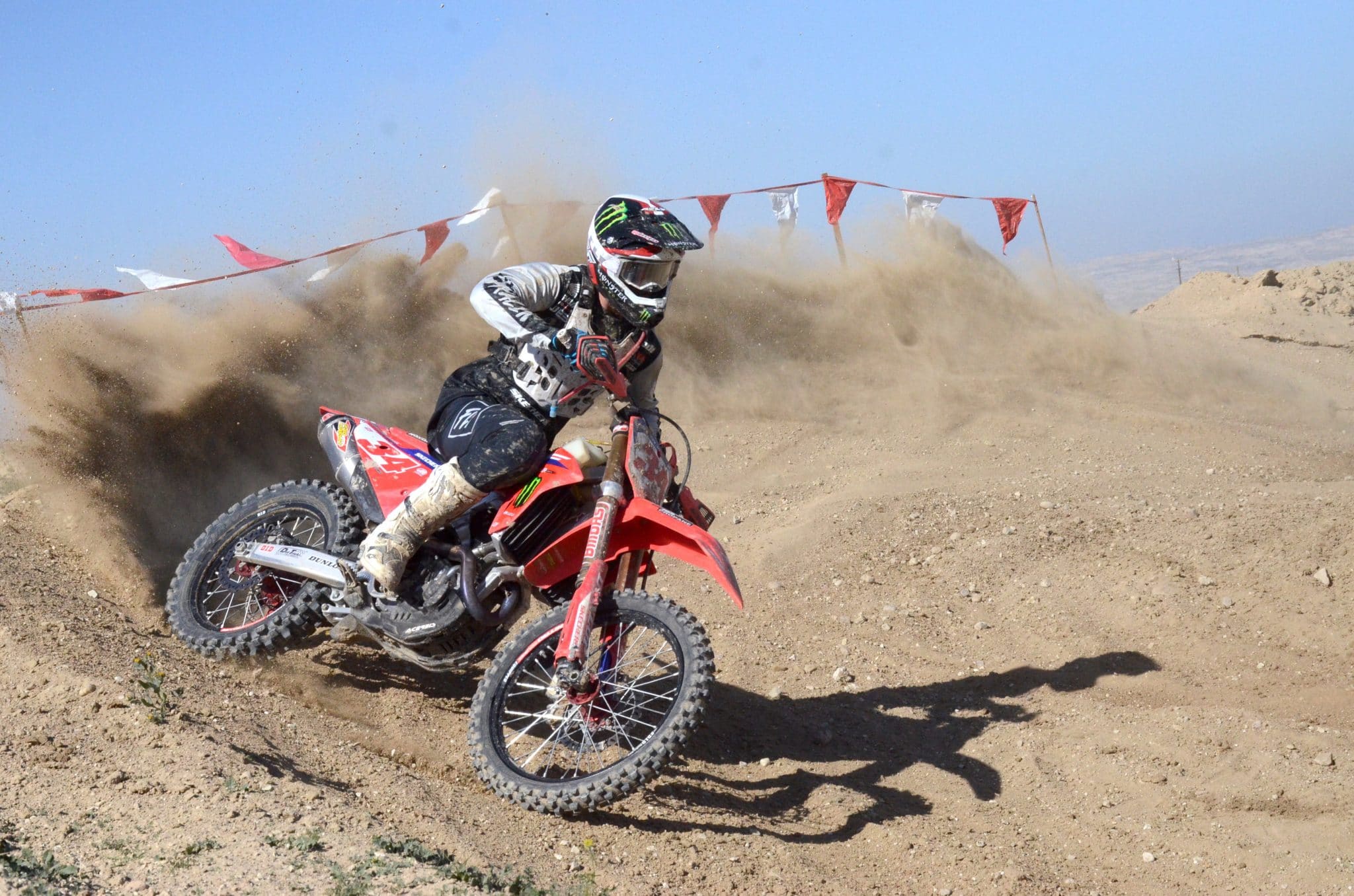 Cole Martinez got off to a third place start and was making strides towards the lead. After making a mistake and going off the track he lost time and moved back into fourth. He made a late push with first and second in sight but was too late, ultimately leaving him on the box in third. 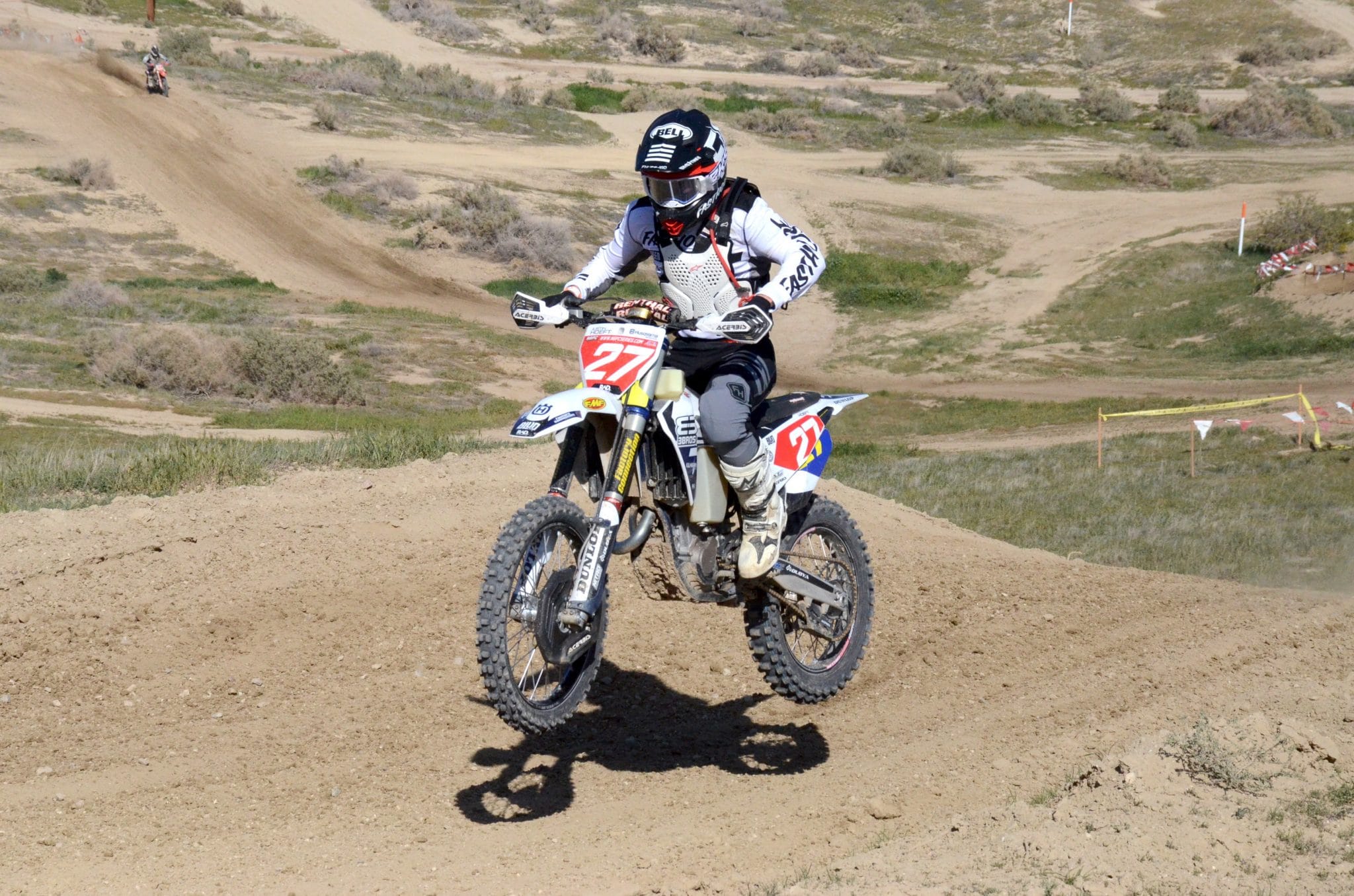 Justin Hoeft turned some heads in Taft! He put his Husky out front early and was making a major push for the overall win. He got passed by defending series champion Dante Oliveira on lap six and ended up finishing just off the podium in a solid fourth overall. Look for Hoeft to get a win this year if he can stay healthy. 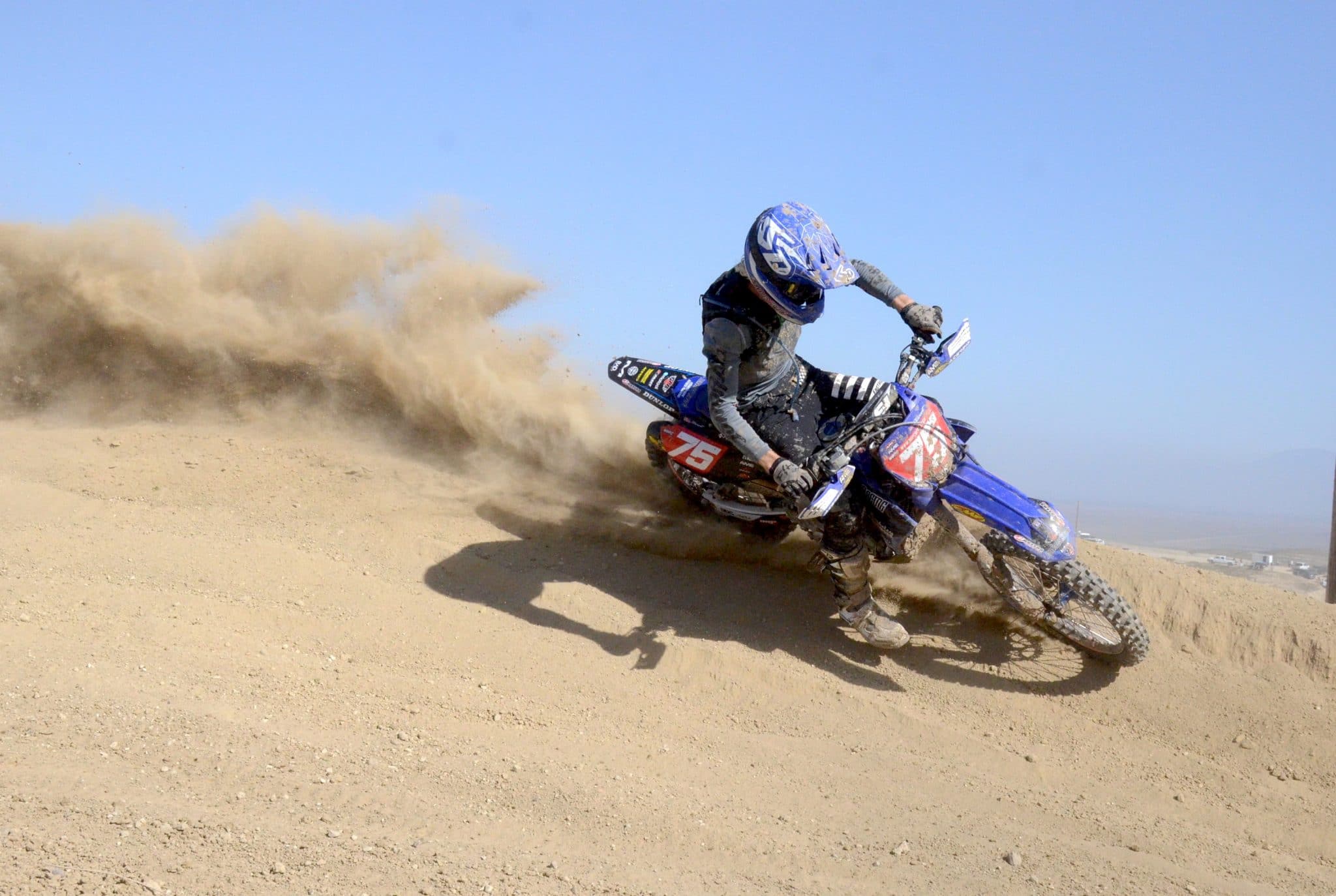 Trevor Stewart is still getting familiar with his new Purvines Yamaha YZ450FX but had good speed at Taft finishing fifth overall not far of the front runners.

Just like at round one RPM KTM mounted Mateo Oliveira was unstoppable, leading the entire race with minimal amounts of pressure from behind. Following Oliveira across the line was SLR Honda’s Jack Simpson and Purvines Yamaha’s Justin Seeds. 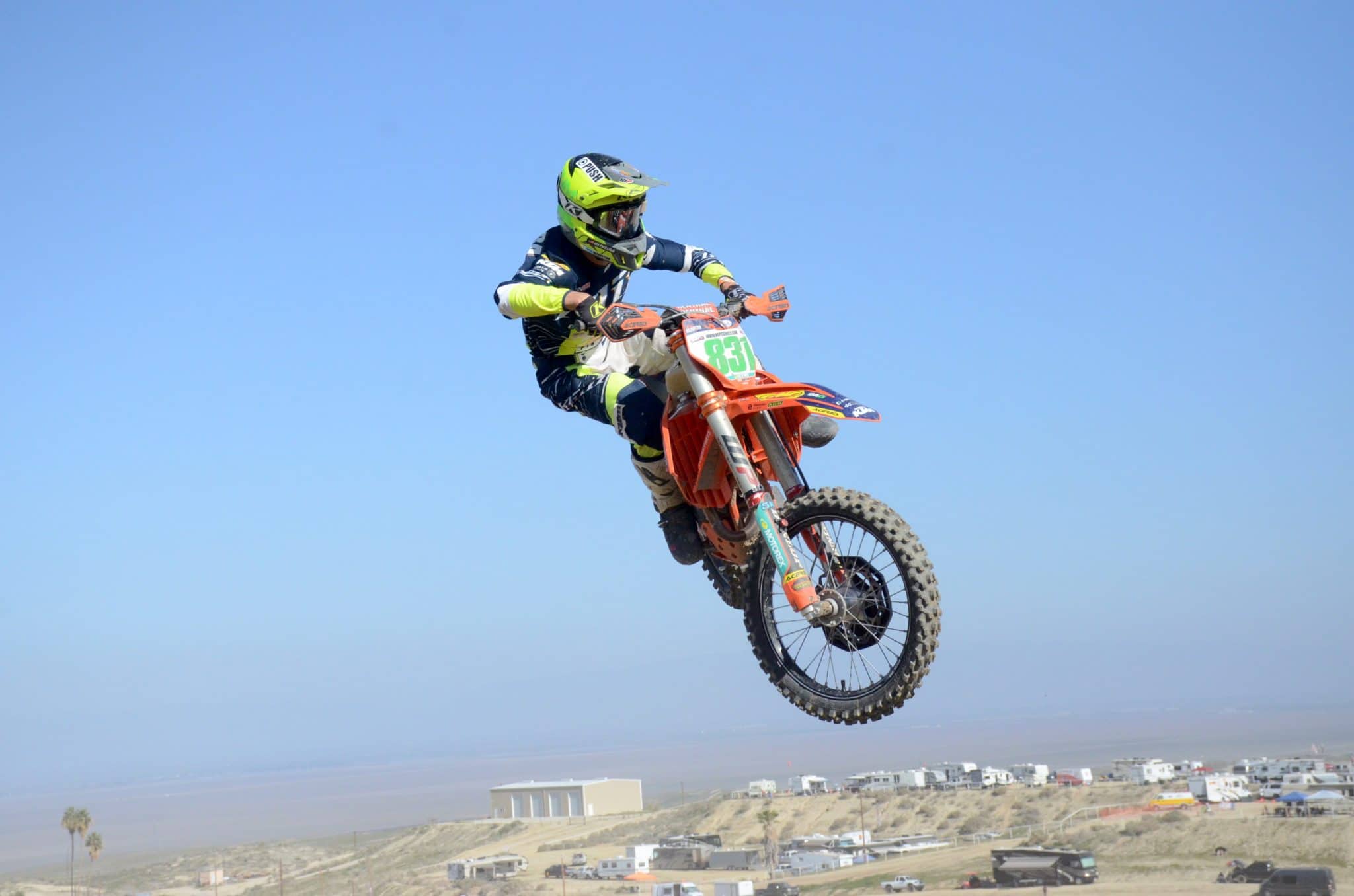 With two straight wins to start the 2022 NGPC season Mateo Oliveira has the points lead headed into round three at Glen Helen next month. 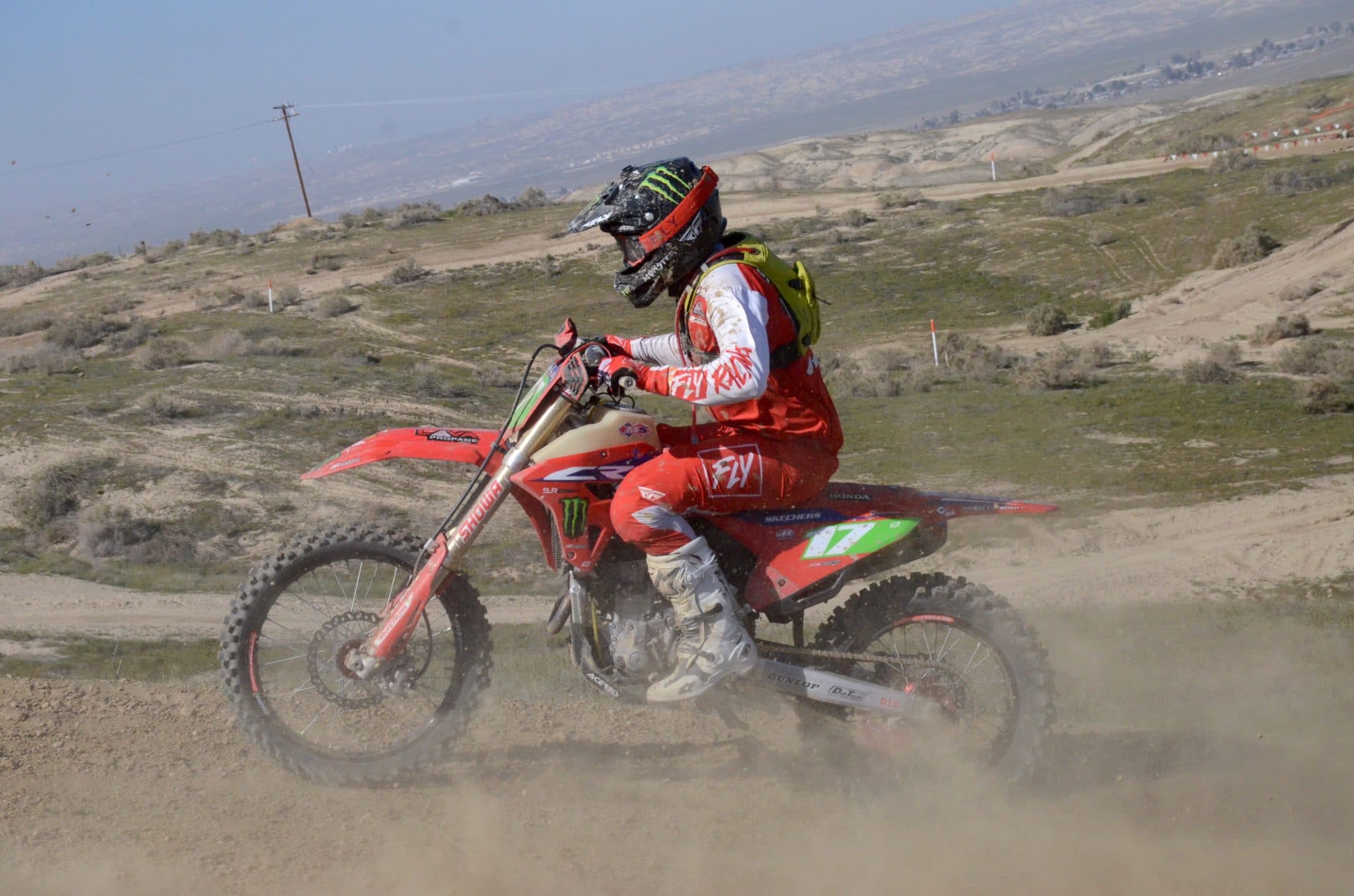 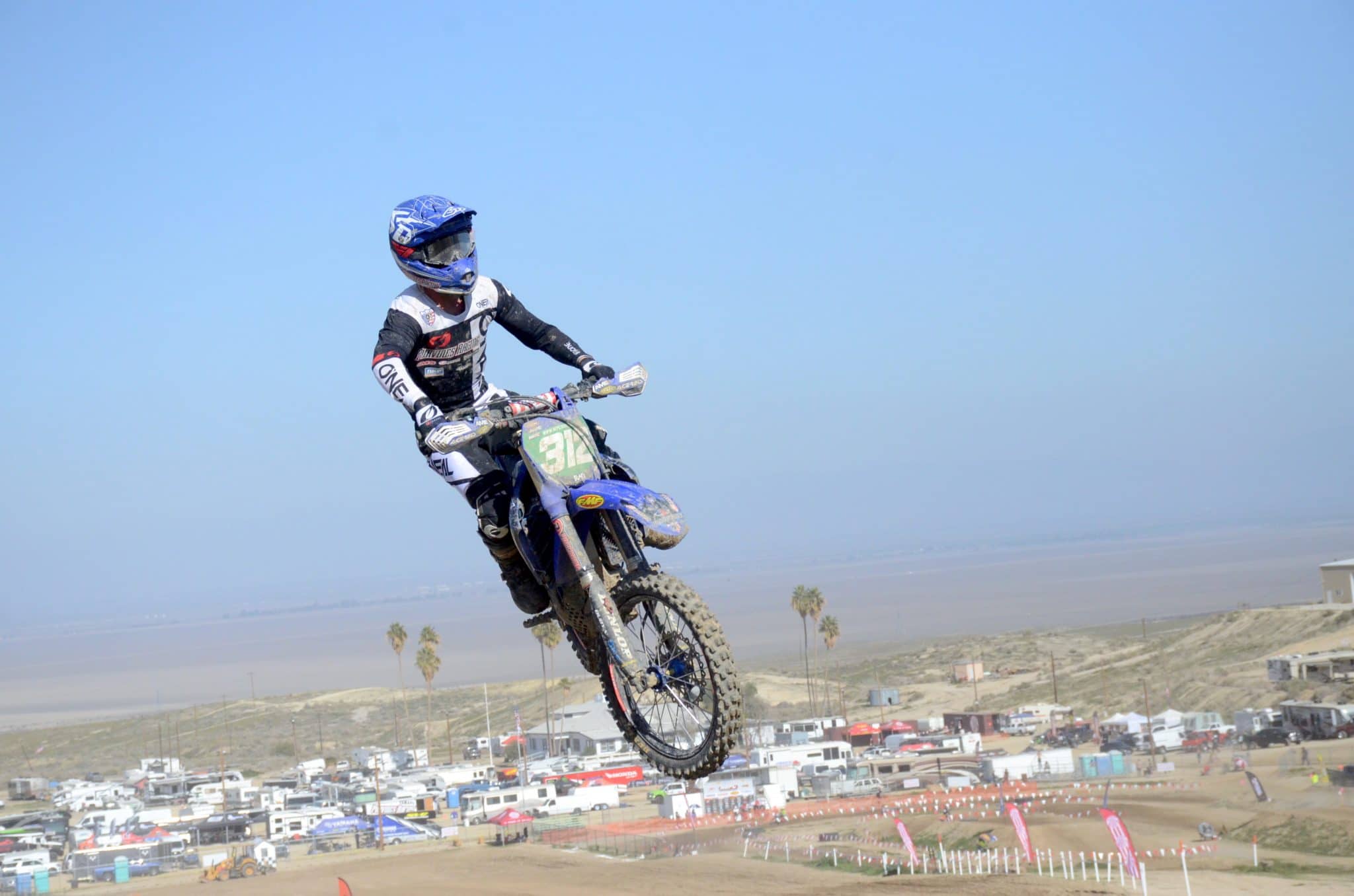 The old man still knows how to twist a throttle! Justin Seeds came out of retirement for the 2022 season and at 32 years old is showing the kids in the Pro II how it’s done finishing an impressive third place at round two. Great job Justin!

Brandy Richards once again took the Women’s Pro main event win. She is just on another level and thats saying something because the other women in her division are legit. 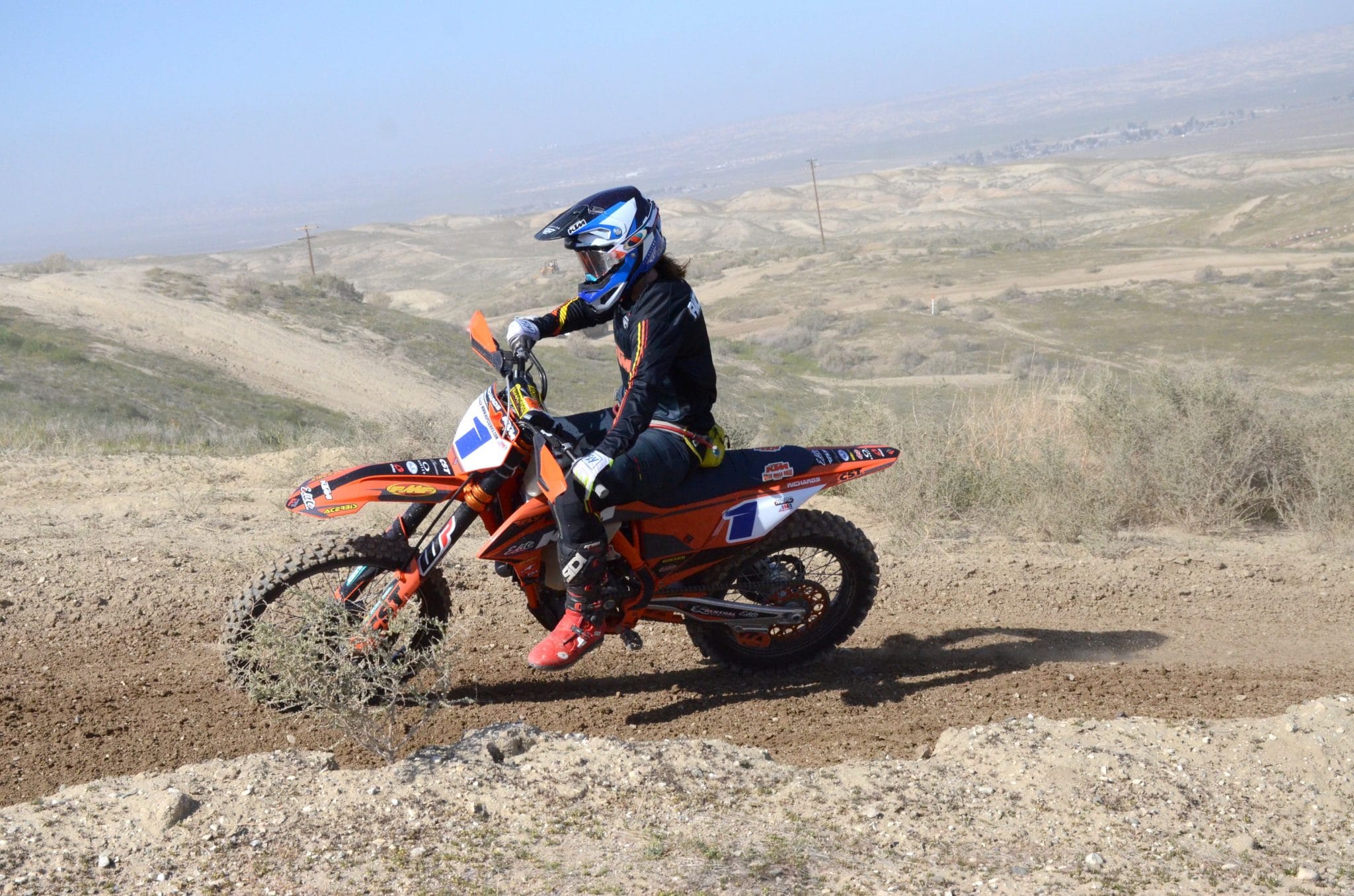