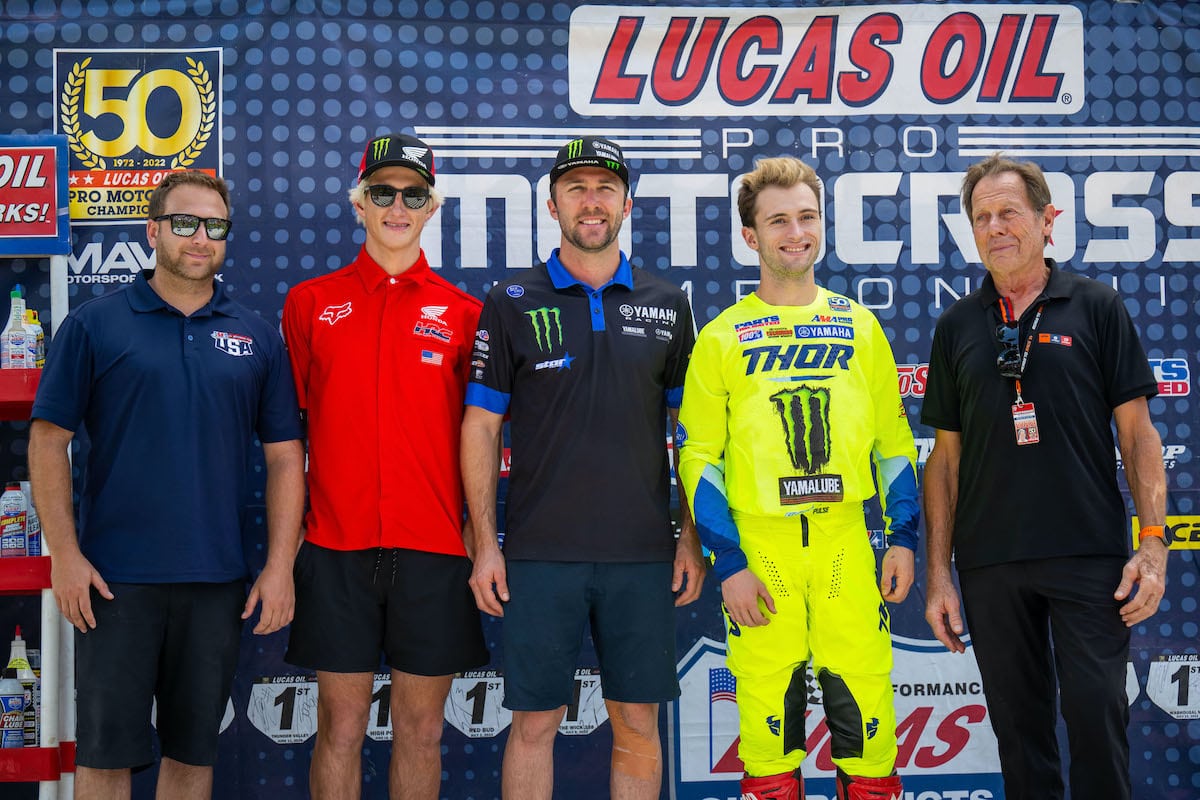 It’s official the three riders representing the USA at the 2022 MXoN are Eli Tomac, Chase Sexton and Justin Cooper !

Opening ceremonies for the GEICO Motorcycle Budds Creek National kicked off with a major announcement from Mike Pelletier, Director of Racing at the American Motorcyclist Association (AMA) and MX Sports Pro Racing, as the three-rider lineup for the United States team at the 2022 Monster Energy FIM Motocross of Nations (MXoN) was revealed with Monster Energy Star Yamaha Racing’s Justin Cooper, Team Honda HRC’s Chase Sexton, and Monster Energy Star Yamaha Racing’s Eli Tomac. The annual spectacle, affectionately referred to as the “Olympics of Motocross,” will commence on home soil on September 24-25 from Michigan’s legendary RedBud MX, a cornerstone venue of American motocross. It will signify the United States’ first participation at the MXoN since the 2019 event.
Tomac and Sexton have been this season’s primary championship combatants in the 450 Class and will headline the U.S. squad in the MXGP and MX Open classes, respectively. It will be Tomac’s fourth appearance representing the host nation and he’ll look to leverage his experience from 2013, 2014, and 2018 as the proverbial team captain. As one of the most decorated competitors in the history of the sport, Tomac will look to achieve the one accomplishment still missing from his rèsumè, a win at the Motocross of Nations. He’ll bring added momentum from a victory at the RedBud National in July. Tomac will wear #101. 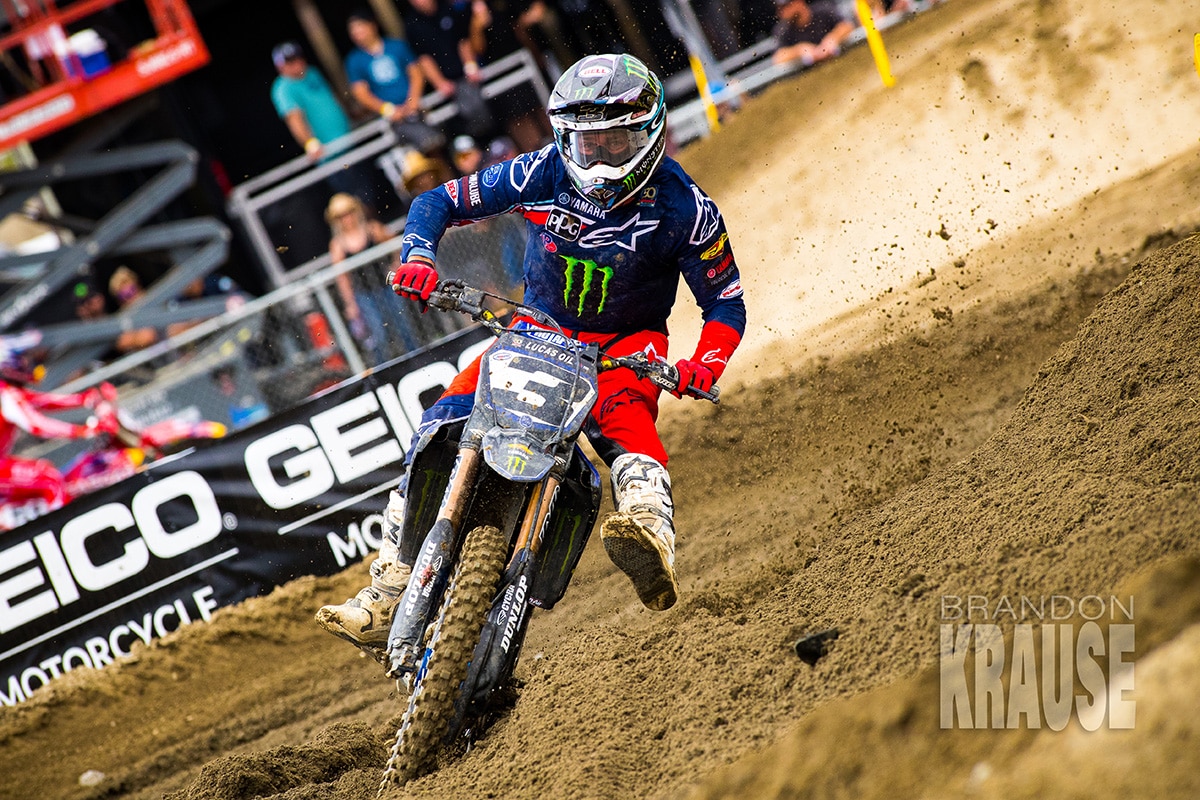 It is the first team selection for Sexton, who is in the midst of a breakout season in the premier division as the current point leader with three victories and overall podium finishes in all nine rounds thus far. His unparalleled consistency this summer could be a defining factor in the team’s quest for victory. He earned his best-ever RedBud result in July with a runner-up finish at the National. Sexton will wear #103. 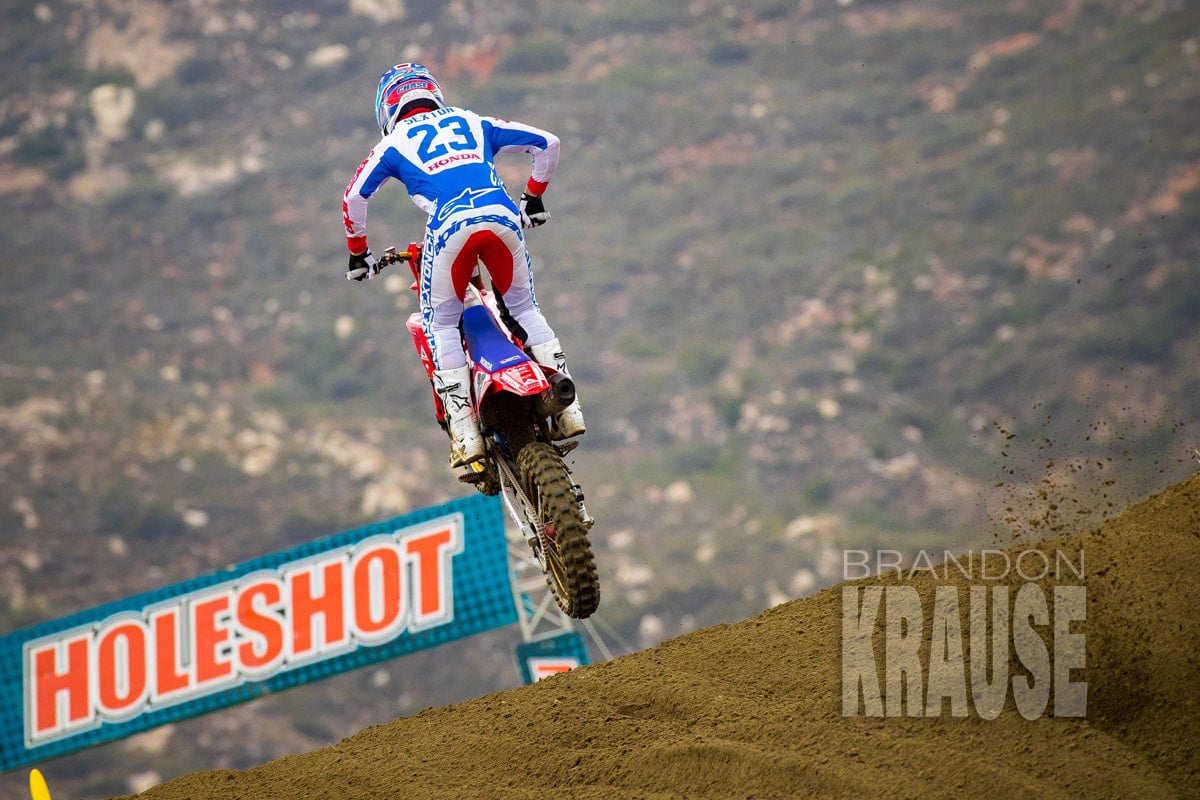 A strong second half of the Pro Motocross season has helped Cooper earn his second selection to the team in the MX2 class, following an MXoN debut in 2019 at the most recent U.S. appearance. An ongoing recovery from a broken foot resulted in a slow start to the summer for Cooper, but he’s enjoyed a return to form as of late with three overall podium finishes in the last four rounds and a pair of moto wins. Cooper will wear #102.

The United States’ anticipated return to the MXoN will see the most successful country in the history of the event seek a record 23rd victory. They will once again be overseen by “The Man” Roger DeCoster, who will continue his tenure as USA Team Manager. After a dominant stretch that saw the USA win the Chamberlain Trophy for seven consecutive years from 2005 to 2011, it has endured through a winless streak that has spanned eight years. Coincidentally, the numbers the U.S. riders will carry for the 2022 MXoN are the same that the lineup of Ricky Carmichael, Ivan Tedesco, and Kevin Windham wore during the 2005 event, when the United States last started its dominant streak of victories.