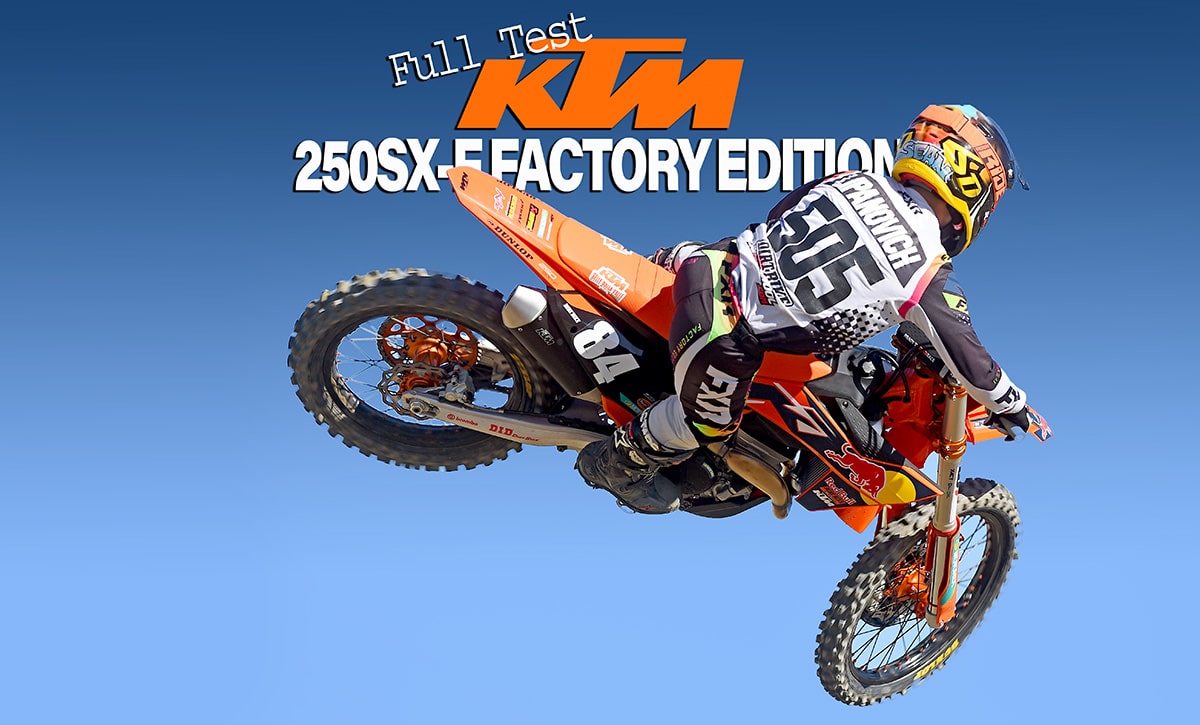 Why, when a company has the lightest and most powerful 250 motocross bike on the market, would they throw it all away and start over? That’s what KTM has done with the 2022 ½ 250SX-F Factory Edition. The bike is all new—for real, not just cosmetically restyled. It’s very rare when a company chooses to completely redesign both the motor and the frame at the same time. KTM’s 250SX-F Factory Edition is the most dramatic revision of any model in the company’s line in 10 years. It is, technically, a 2022 model, but this will be the basis for the 2023 standard edition. It will also be the basis for the Husqvarna 250 competition bikes, as well as the 350s.

So why the extreme makeover? We live in a time of diminishing returns. Motocross bikes are very good off the showroom floor, so it’s difficult to make a real improvement with only minor changes. The low-hanging fruit has long since been picked. The risk, of course, is that it’s easy to lose ground. 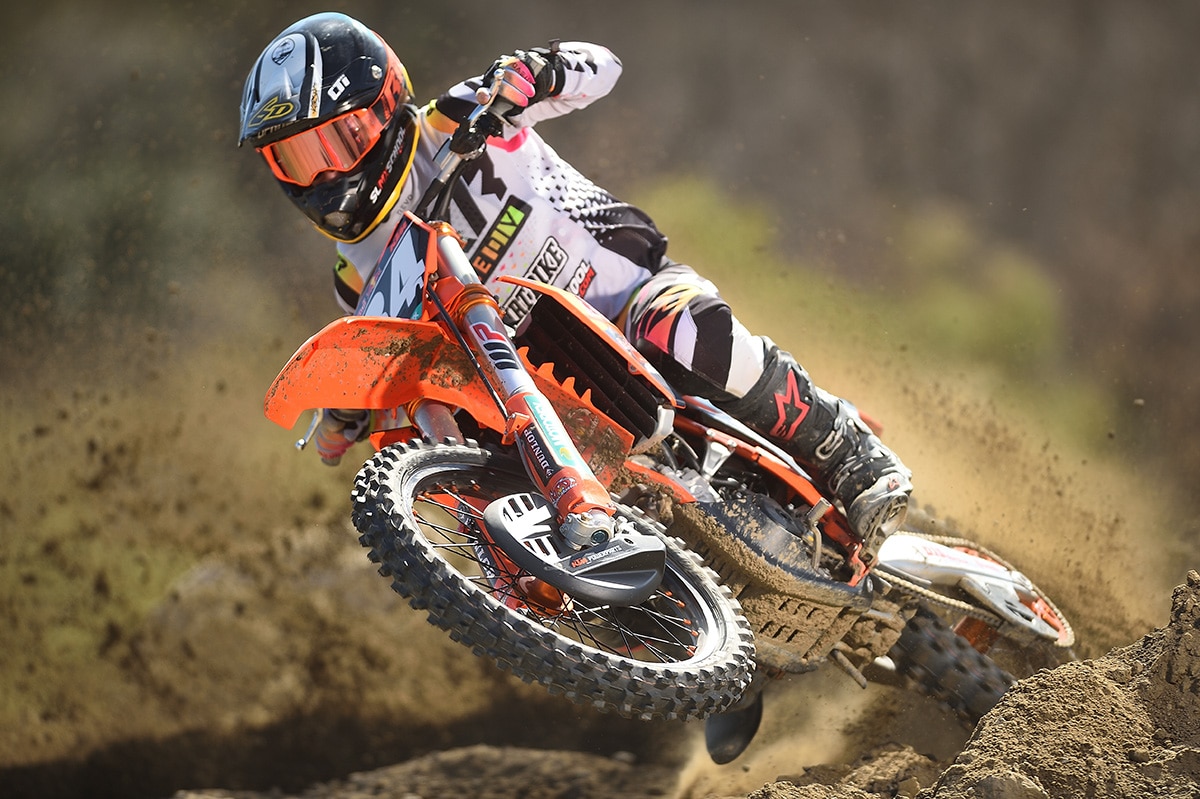 Rather than list the parts that have changed, here’s a brief rundown on the thinking behind the changes.

Frame: It’s still a steel frame, but the engineers spent a great deal of time addressing flex characteristics. The central backbone formerly extended from the steering head all the way back to the top shock mount. Now, it’s more of a wishbone connecting the steering head to the swingarm pivot. The top shock mount is on a tower directly connected to those frame members above the swingarm. The thinking is that this allows front-end flex and rear-suspension flex to be addressed and fine-tuned independently. The frame is obviously beefier and heavier.

Motor: The bore and stroke configuration have changed (81.0mm x 48.5mm as opposed to 78.0mm x 52.3mm). That contributed to a more compact engine that is 8mm shorter. The head is much wider, and the cams are farther apart. KTM says the motor has been rotated down in the rear 2 degrees to make the countershaft sprocket 3mm lower. They say that reduces squat under acceleration.

Suspension: The shock is new, mostly to fit into the space allowed. It’s 20mm shorter, although rear suspension travel is still 300mm. The fork is once again the WP Xact air fork. The Hydrolock system is gone and the valving is revised.

New features: The bike now features QuickShift, which is usually found on street models. This interrupts the ignition momentarily on upshifts (not including the shift to second gear). It can be disabled through a new switch on the handlebar. That switch also has two maps, traction control and launch control. The footpegs are new and larger, and the bodywork is integrated much better. In the rear, the bike’s asymmetrical bulge for the exhaust is gone. There’s a bulge on both sides now. 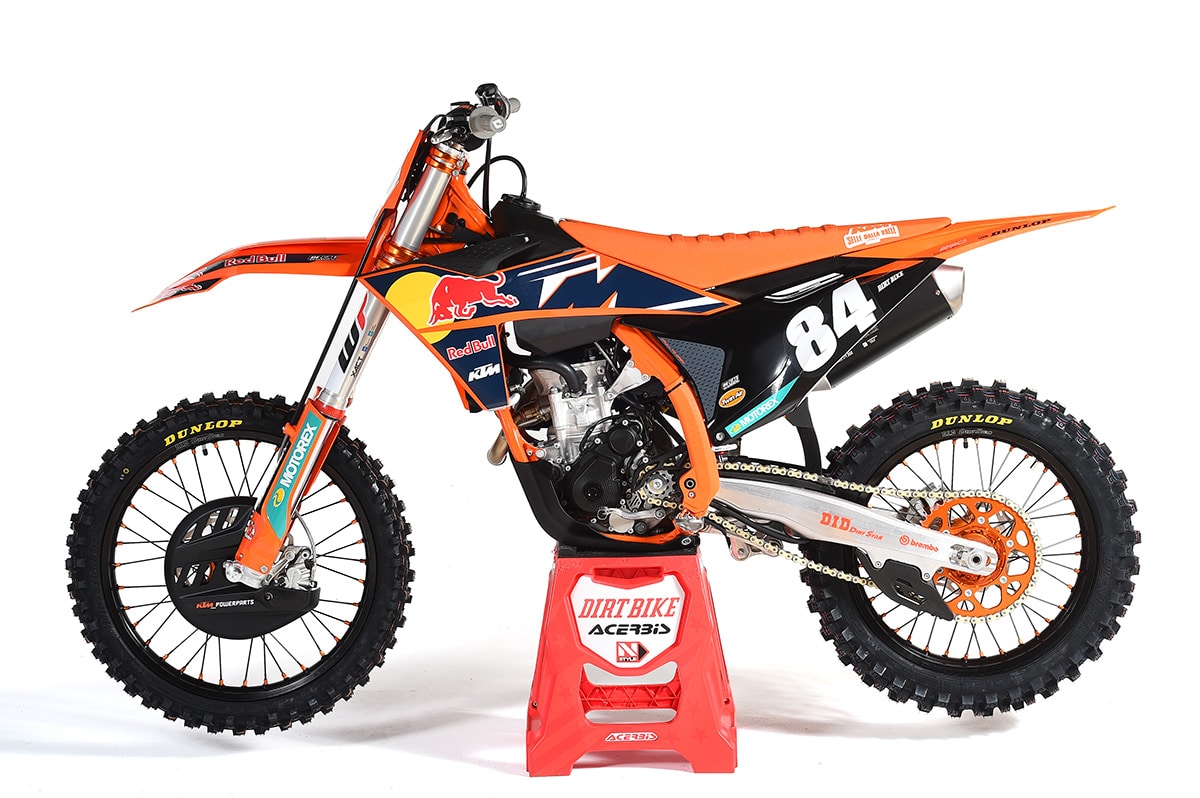 Testing the new bike is a big job, because it’s so different. Initially, it seems like a different brand of motorcycle. Most of that comes from the change in bodywork, shape and gripping points. Once you get past that, certain similarities become clear. The power delivery isn’t that different. The new bike has more power, but only slightly, and the increase in power is across the entire powerband. On top, the peak is still substantial but less raspy. When it hits the rev limiter, it hangs there without much sputtering. The difference between the two maps is more noticeable than ever. The top map (it doesn’t have a number as much as a position on the switch and a bluish-colored light) has the most midrange power and is better at partial throttle openings. The lower map (greenish) is best when the throttle is wide open. 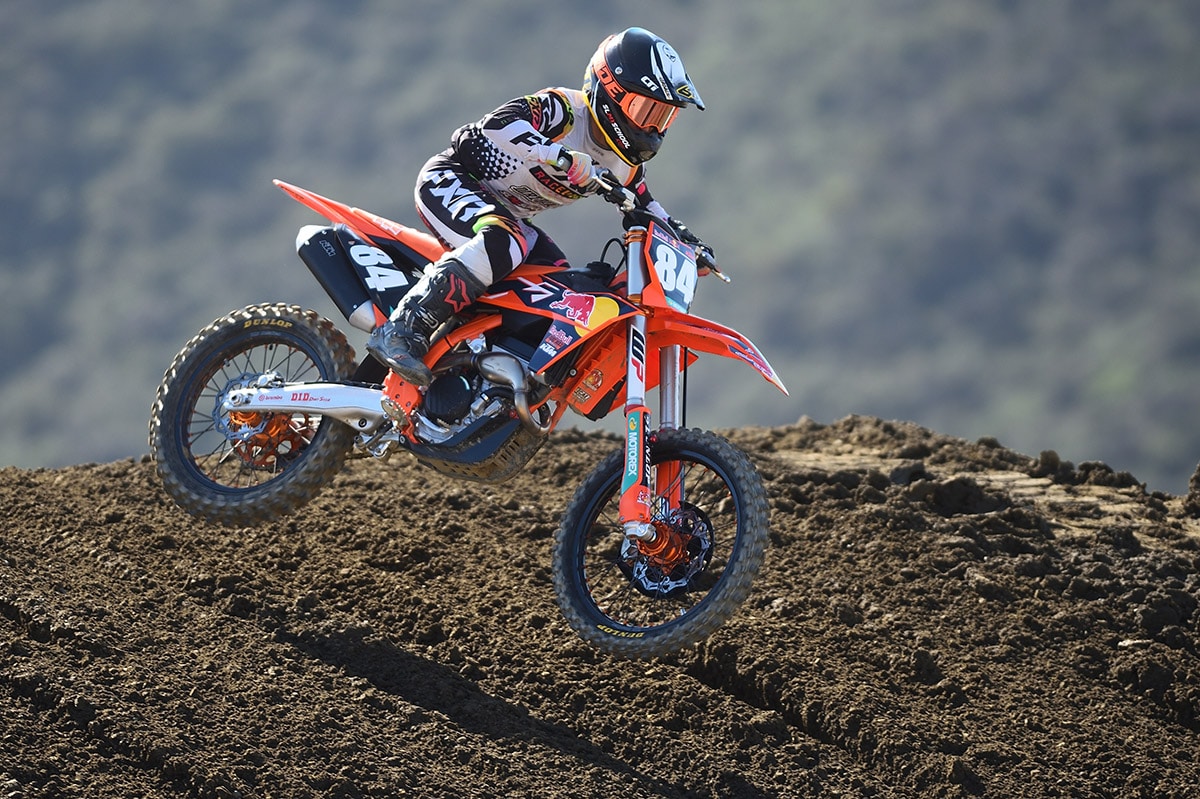 The KTM motor is still at the top of the class. The standard version was already the 2022 dyno winner. Not only did it make more peak power than any of the Japanese 250s, but it had the best output in the midrange workhorse zone—8000 rpm and up. The only issue is that some riders complained that it didn’t feel that powerful down low. That’s because the previous KTM motor responded best to a big handful of throttle, whereas the Yamaha YZ250F worked exceptionally well at partial throttle openings. The new KTM motor has made some progress in that department. From those initial throttle openings, you get the distinct feeling that something is happening. We don’t think it has the same direct throttle-to-track feel that the YZ has, but it’s much closer.

QuickShift is an interesting feature. It helps in a narrow window of circumstances. If you hold the throttle wide open in soft terrain and yank the shifter up, it makes each shift a little less jerky. That exact combination of conditions doesn’t happen often on any given lap. After the start, upshifts might not be at full throttle or peak power for most riders. Sometimes an upshift is just to lower the rpm on a jump face or in whoops. There, you only notice a hiccup in the sound of the motor, but there’s no real advantage. So far, we haven’t noticed any real disadvantage to QuickShift, and you can turn the feature off if you like. Traction control presents you with another noticeable option in power delivery. So far, we still haven’t found many circumstances where it’s truly beneficial, at least on the 250. It’s not helpful in deep sand or on steep hills.

After everything KTM did to alter the way the bike handles, one thing is clear—KTM testers liked the old bike. It still has the same key strength, which is cornering. The bike falls into turns easily and allows you to either steer with the front or slide with the rear. The most noticeable change is that the new bike doesn’t settle into the turns quite like the old one. You feel more like you’re perched on top of the bike, even when you begin to accelerate out. The change in motor location does, as KTM engineers say, have some anti-squat characteristics. Normally, two factors work in opposition under acceleration: there’s a weight shift to the rear and a torque effect that works to extend the rear suspension. That balance has been shifted to make the bike sit more level as power is applied. It isn’t better or worse, as far as we can tell, just different. Separate from that, the bike is more stable in a straight line. It’s going to take a full season of racing before all the ramifications of such a drastic frame redesign can be truly assessed, but so far, we’re pleased with the results.