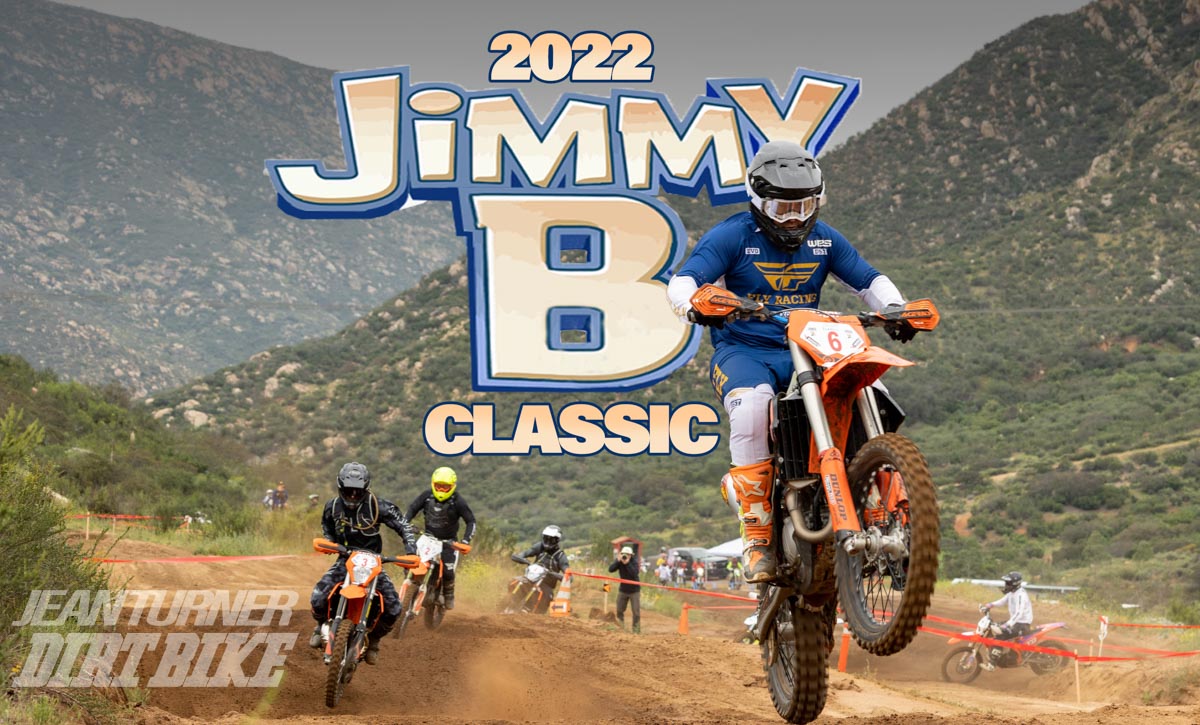 After a quiet debut race one year ago, the Jimmy B Classic—named for motocross legend and co-promoter Jim Beauchamp—returned to Vogt Ranch for the second annual event. The single-track scramble was limited to 50 riders, who proved to be the fortunate few to tackle the fresh-cut eight-mile course, especially after the area was treated to spring showers earlier in the week.
Defending champion Dustin McCarthy proved to be the man to beat once again, despite the last-minute entry by former WORCS Champion Gary Sutherlin. The Fly Racing-backed rider hadn’t raced in two years, but admitted that he couldn’t resist, especially after Monday’s rain.
Sutherlin jumped out to an early lead, setting a blistering pace on the motocross track, but once in the first rocky canyon, the limits of his 450 motocross bike came to bear—his clutch quickly overheated, along with his KTM XC-F. From that point, McCarthy slipped by for the lead and “trail rode” to the overall win.
Dustin was followed across the finish line by brother Gavin McCarthy who took second on the day. Moto Forza’s Noah Fouch claimed the third and final podium position, after battling with with Gavin in the first half of the race.
In the Open class, Clint Bornholdt emerged victorious ahead of Daniel Reynoso and Aaron Rodgers. The 30+ class saw Mexico’s Juan Reynoso with the win ahead of Chance McCamish and Ryan Beauchamp. Rick Hoss dominated the 40+ class while John Sedbury and Reed Haberer took the 50+ and 60+ wins, respectively.
Riders had nothing but praise for the course, the conditions, and the low-key private event.
“It was an awesome course out there,” said Gavin McCarthy. “We scored with the weather. It was amazing. By the second lap, it was a nice deep brown strip to follow the whole way. Just kinda cruised, took it easy, and it was a great course.”
“I just treated it like a trail ride with my friends,” said Fouch. “It’s cool to run a race at a family friend’s property and to cap it at 50 people. It’s the best crew in the whole world. We’re super lucky. It’s cool to see it all come together and see everybody smiling.”
Will this spell a future for off-road races at Vogt Ranch? The family-owned private property in Dulzura, California, just north of the Tecate border crossing, certainly has the potential for epic events, but will likely remain an invitation-only facility. 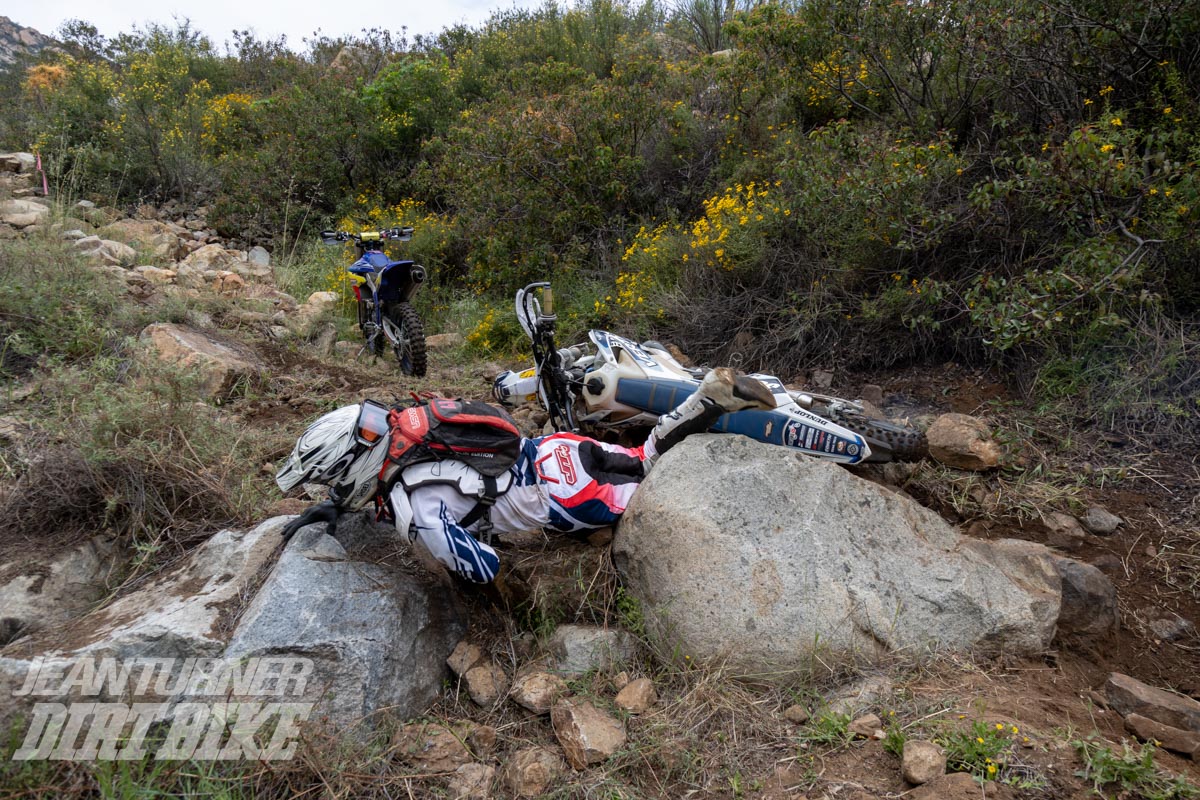 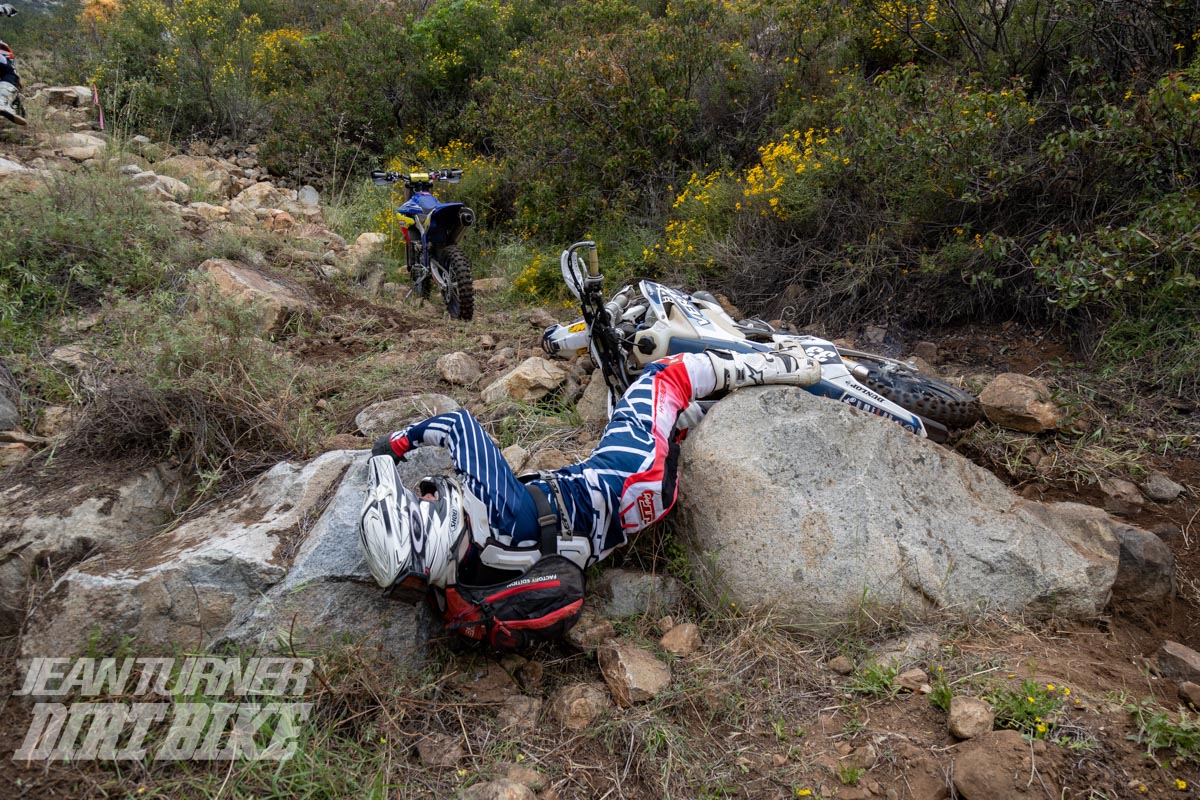