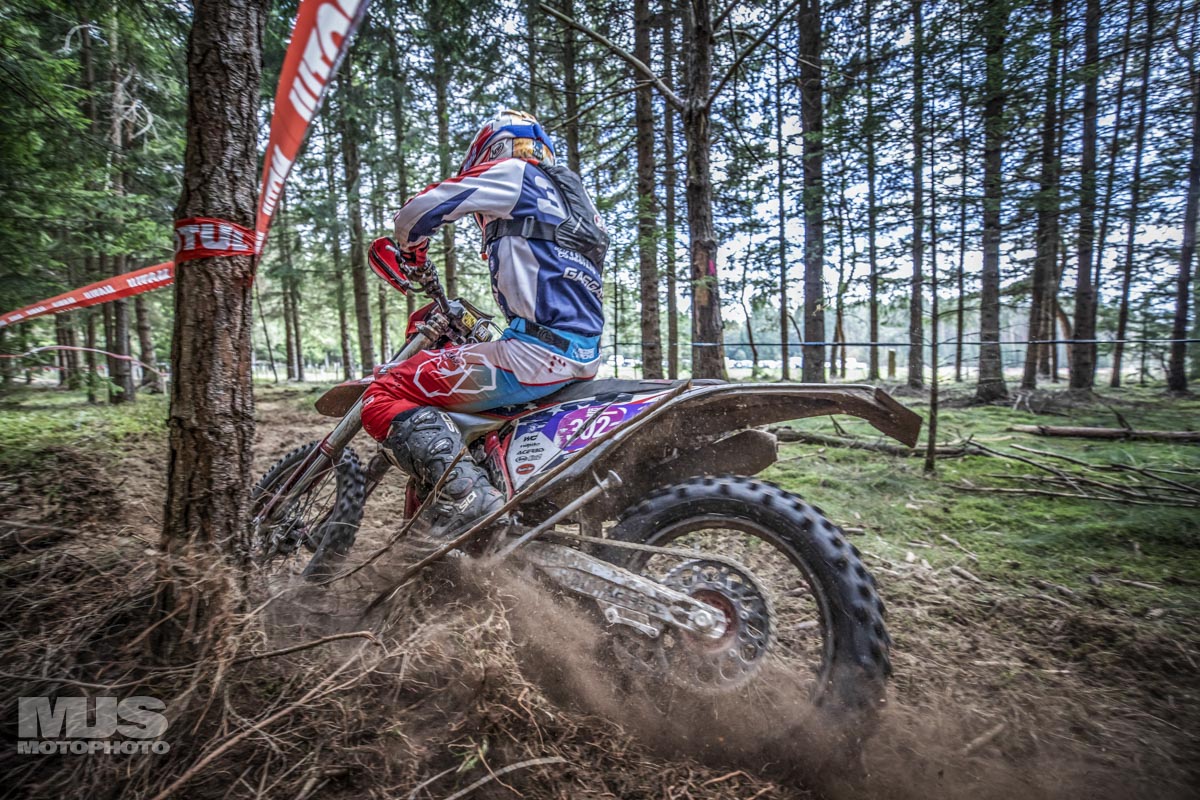 Story and photos by Mary Rinell

As Day Five of the 2022 ISDE unfolded in Le Puy En Velay France unfolded, the U.S. team could at least take comfort in the way they had dealt with adversity. Despite a multitude of setbacks, the Trophy Team was ensconced in fifth place. At one time, that would have been a satisfactory performance and the best the U.S. could hope for. In more recent times, the U.S. has been a threat to win, so fifth wasn’t what they expected. Considering the number of problems, it was still an admirable place to be as the week drew close to an end. Even today, trouble continued. Kailub Russell found himself on the ground more than once, Dante Olivera struggled with mechanical issues, Layne Michael fell back in times each test, and Josh Toth said that he just “cannot seem to find his flow this year.”

Kailub spoke of his mechanical swaps prior to impound today: “We got things dialed in but we just ran out of time; it’s fine on the flat ground, but when it gets rough (and it gets really rough here, and silty) I struggle a lot with it. It’s not like that moto-esque setup where you can comfortably charge into the bumps, and you know it’s going to stick when you get to the turn. So it feels like it’s all over the place and you don’t know what it’s going to do when you get to the turn. We got the suspension in a direction that is comfortable for me, but just ran out of time (as it is now day five) this year.” Kailub continues to lead the USA team, currently sitting 14th OA.

The remaining JWT team members see slight improvement, with Austin Walton moving up to an impressive 24th OA/4th in JWT, and Mateo Oliveira moving down a couple notches to 34th/24th JWT. Still, these two are riding among the WT team members and show tremendous strength going into Day Six. They have been without their third teammate Cody Barnes since Day One.

The remaining U.S. Women’s teammates Korie Steede and Rachel Gutish continue to race full throttle even with Brandy being on injured recovery list. Korie would finish 3rd on the day with Rachel close behind in 6th. The team as a whole drops down to 6th due to the 3 hour penalty they incur with Brandy unable to race.

Team manager Antti Kallonen’s comments on the Brandy Richards crash yesterday: “It can happen to anyone, it’s not that she was trying too hard or trying to play safe, it’s the sport. When you’re a couple inches off the main line it can cost you a lot. The people who saw the crash didn’t think of anything other than that it was a hard one, but she got up right away and didn’t show any real signs at first. But I think it caught up to her at the finish of the test, and then in the transfer it just started to transpire. From there she started showing signs of memory loss and began blacking out; she didn’t really know what was going on and found herself on the ground in the transfers. So she did the second test and I called out to her at the third time check, and she didn’t answer properly with simple questions, so it seemed then like she had suffered a concussion. She really insisted on doing the enduro test and continuing, so we sent her out there and it was very clear after that; she crashed multiple times on the test, and was shaky and was not in the right state of mind at all. At that point we didn’t leave it up to her to make the right call, the doctor was there and agreed that it was just not safe any longer. Yes maybe she could have continued and kept crashing, but you never know when that one crash is the final one to cause a serious injury or possibly getting hurt in traffic so, it’s just not worth it. Best to play it safe and put her health first and racing second, and that is what we did.”

Tomorrow is Day Six with the final moto test. We have seen a bit of rain during the day today, but more substantial rain is currently falling and is assumed to continue into the night making the course a bit trickier than originally expected.

GB is set up to win both the Women’s classification and the World Trophy categories as of now, so we will see if they can pull it off come daybreak!

The Junior World leader is Italy, who baring a serious issue will likely hold fast to their 2021 defending championship.