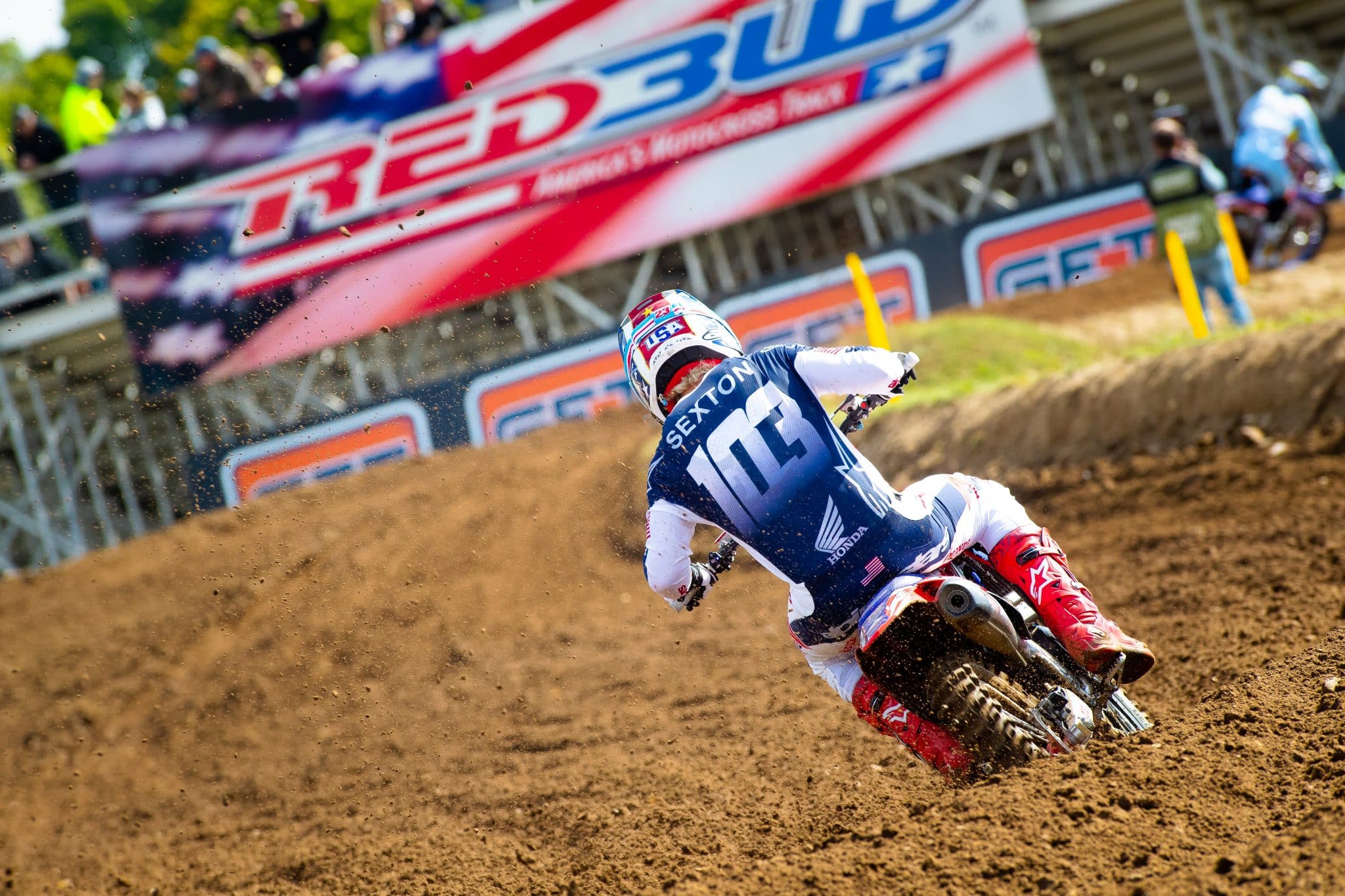 The 2022 Monster Energy FIM Motocross of Nations has kicked off in Buchanan, MI at the legendary Red Bud MX with practice and qualifying motos going down throughout the day today. With talks of bad weather rolling in throughout the weekend, fans and racers were pleasantly greeted to partly cloudy to clear skies and fair temperatures to kick off the racing action. Here’s how the qualifying motos ended up today, leading into the main three motos for tomorrow: (for extended coverage of the 2022 Monster Energy FIM Motocross of Nations, click here.)

First off the gates today was the MXGP division with Jeremy Seewer getting out to the early lead. Not long into the moto, Seewer found himself on the ground with Mitch Evans and Jago Geerts making their way around to battle it out for the lead. Geerts made his move into the lead and began clicking off the laps from there. Meanwhile, Team USA’s Eli Tomac was fighting through from a mid-pack start where he would get stuck in sixth for much of the moto before continuing hi charge toward the front. Little by little he moved up through the field, eventually making his way into second after a last lap pass on Jeremy Seewer. Jago Geerts carried the lead all the way to the checkered flag, and Seewer rounded out the MXGP qualifying heat podium. Here’s how the rest of the field came across the line:

Next on the track was the MX2 qualifying heat which saw Justin Cooper and Star Racing Yamaha counterpart Guillem Farres jumping out front off the start with Cooper taking the moto into his command and never looking back. Behind him, Hunter Lawrence made a few hard charges to reel Justin in a little bit, but it was never quite enough. Farres only moved slightly back through the pack, ending the race in fourth just behind Frenchman Marvin Musquin in third. Cooper went on to a wire-to-wire qualifying heat win by more than 18-seconds ahead of Hunter Lawrence in second. Here’s how the rest of the field came across the line:

After watching his teammate take a dominating victory over the rest of the MX2 field in the qualifying moto, it was Chase Sexton’s up next, ready to carry that momentum into the third and final qualifying heat of the day with the Open class. Chase was out front off the start and would stay there the entire race, battling with Dylan Ferrandis for the number one spot. In a freak incident, Ferrandis got his foot knocked off the peg and into the back wheel, giving Sexton some breathing room to lead the race. On the last lap, however, Sexton would have a crash that allowed Ferrandis to take over the lead and win the moto just ahead of Chase. Jett Lawrence made an applaudable debut aboard the 450, earning third position for the moto in his first outing. Here’s how the rest of the field came across the line: