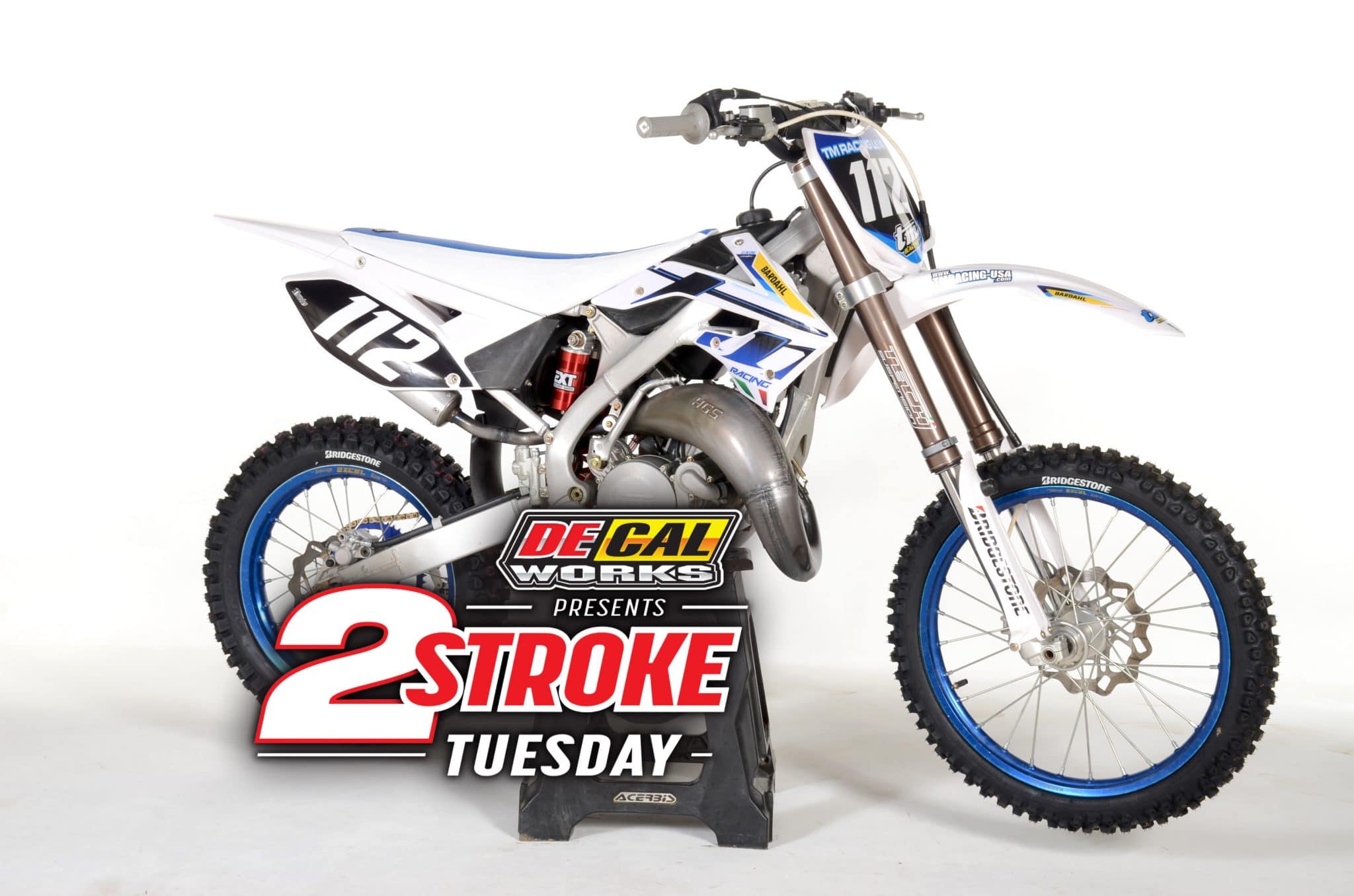 On this week’s Two-Stroke Tuesday brought to you by Decal Works we take a quick look at the 2021 TM Racing 112cc Supermini. No this is not a project, TM produces this machine straight off their assembly line. We keep the small-bore two-stroke theme going in our 2-Stroke Behind The Build section with our RM125 project. 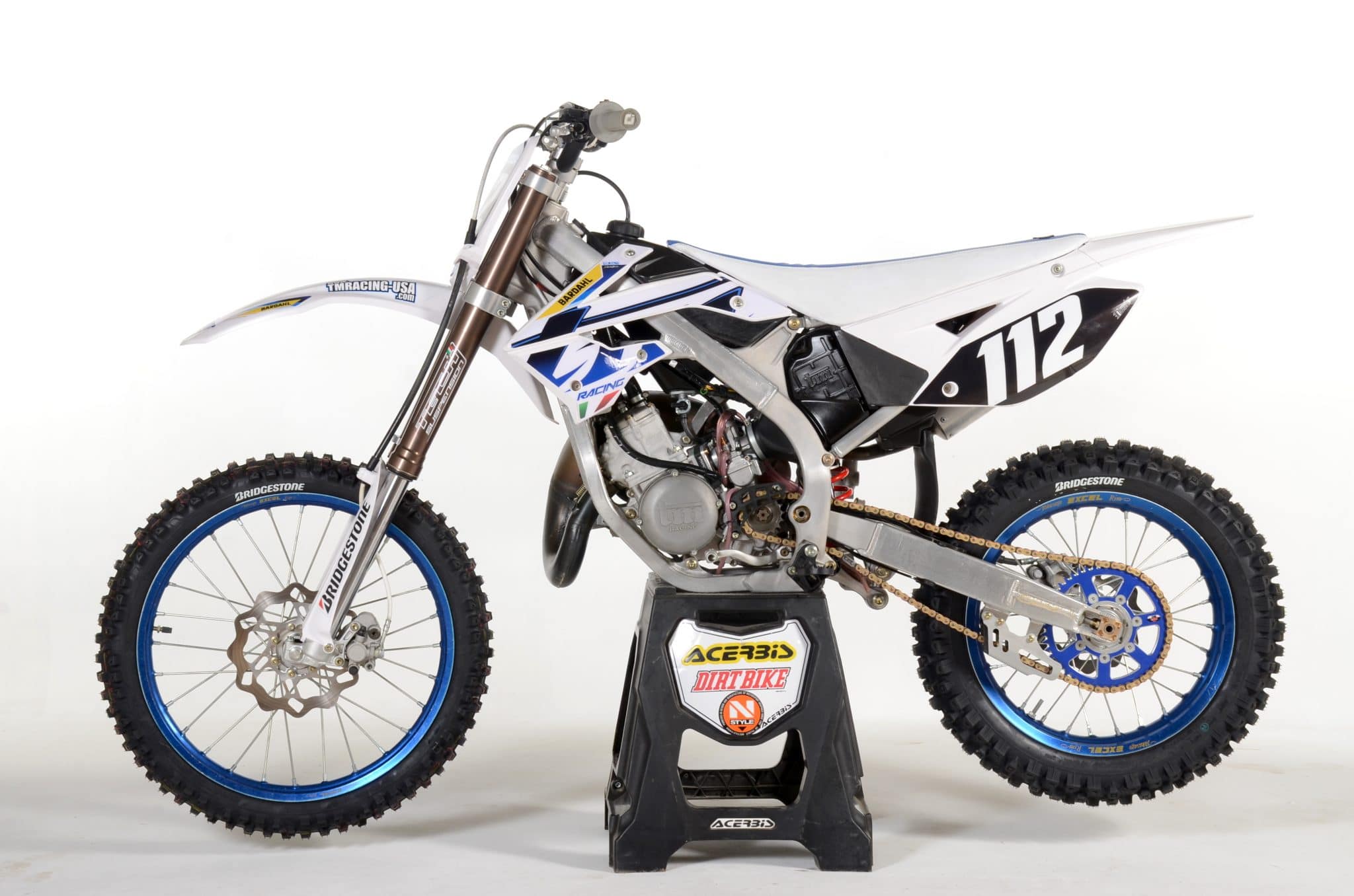 If you are in the 85cc racing world then you know just how competitive and expensive it can be. Building a Supermini race bike can deplete a persons checking account in minutes and thats if you can actually locate all the parts needed. TM Racing is a small motorcycle manufacture located in Italy that has a huge passion for racing. As a matter a fact most of the companies research and development is done through their race teams around the world so when they announced the availability of a 112cc Supermini we weren’t surprised but definitely intrigued. 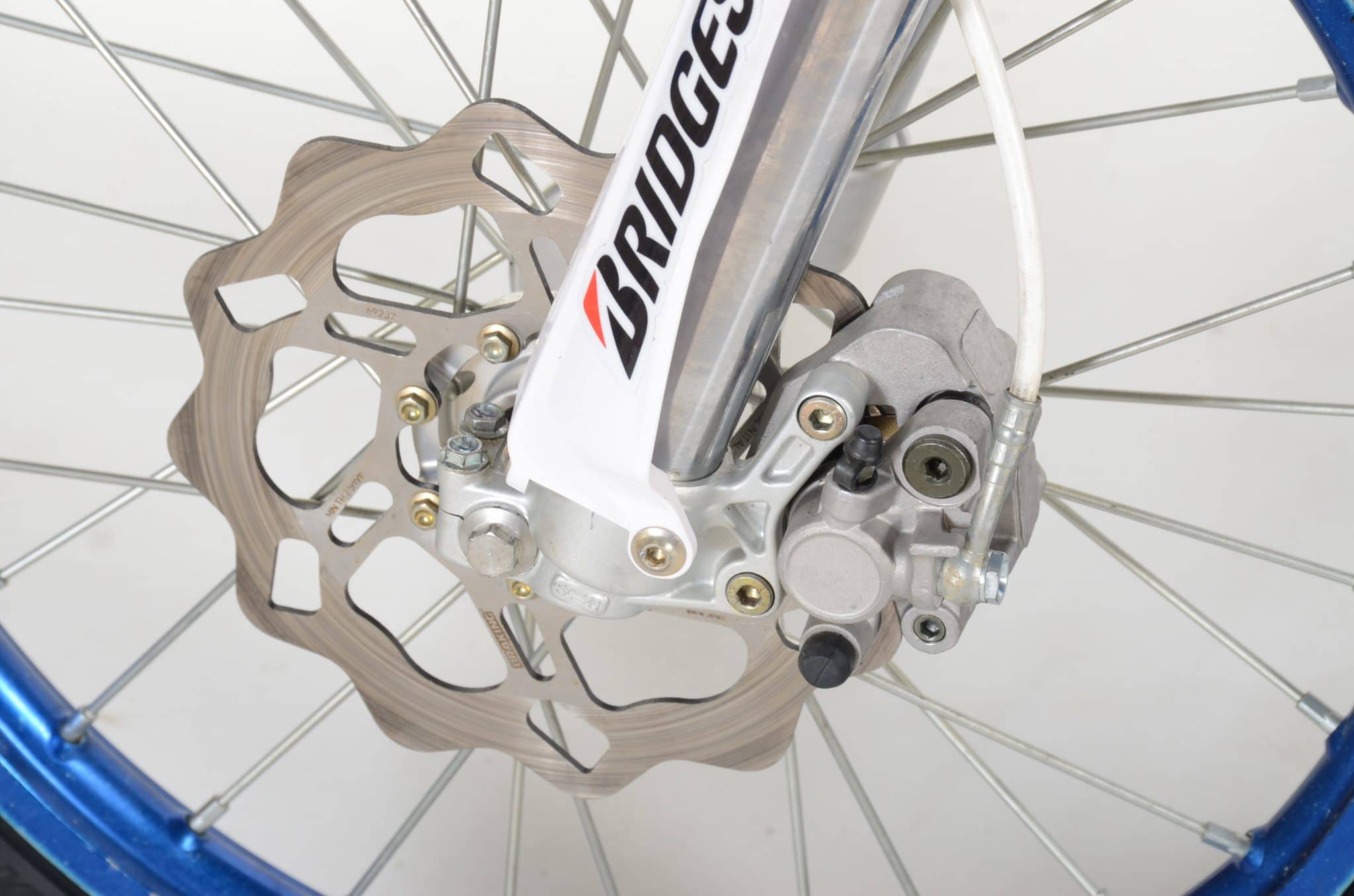 TM didn’t cut cost in the braking department using Brembo components all around. 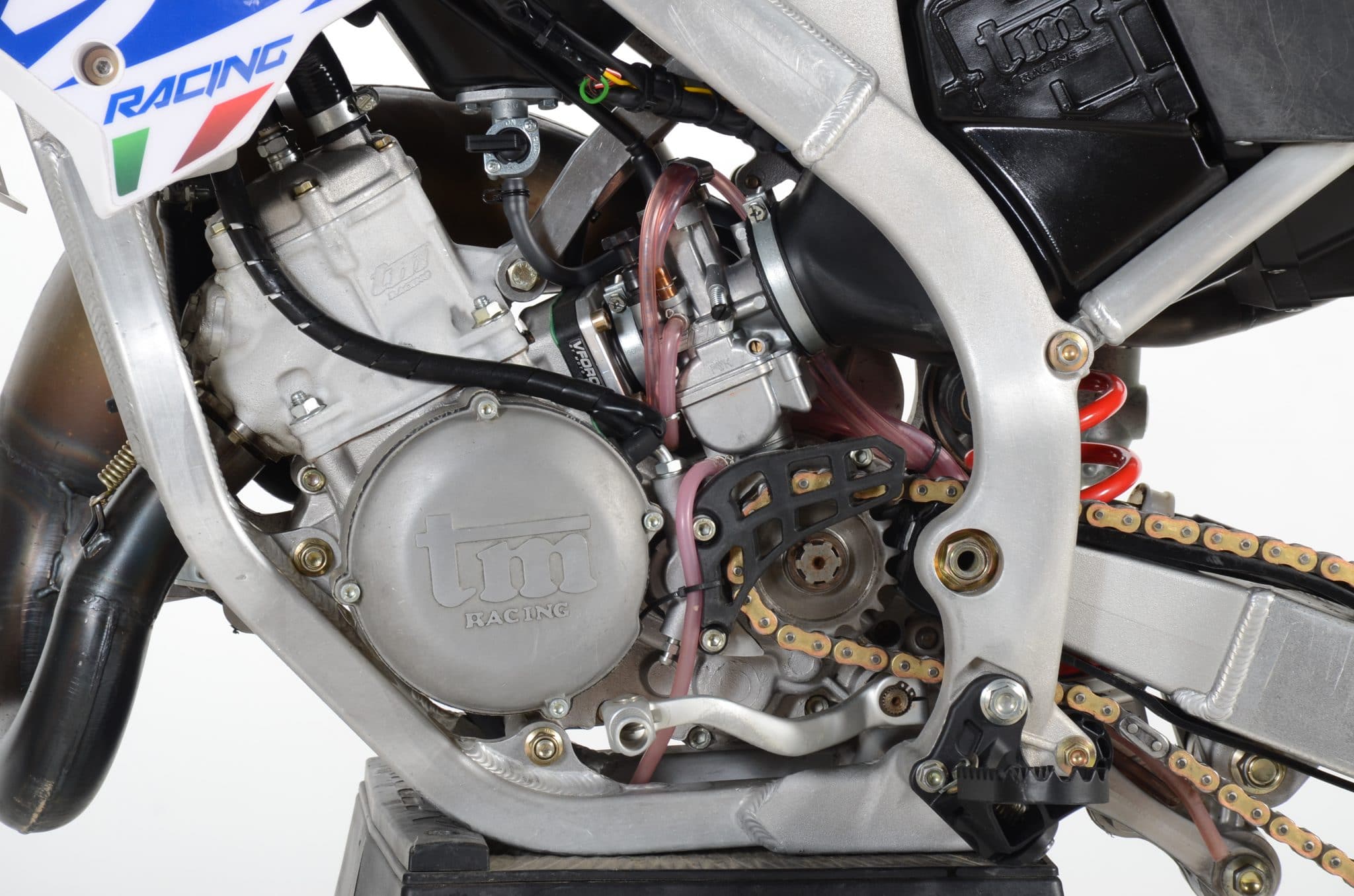 The 112cc power plant shares a clutch and transmission with its 85/100cc mini counterparts but the main cases, crank, connecting rod, piston, cylinder, head, ECU, Vforce 4 intake and exhaust are all different. To get the 112cc displacement TM uses the same cylinder bore as the 100cc model with a slightly longer stroke numbers via the rod, crank and piston pin location 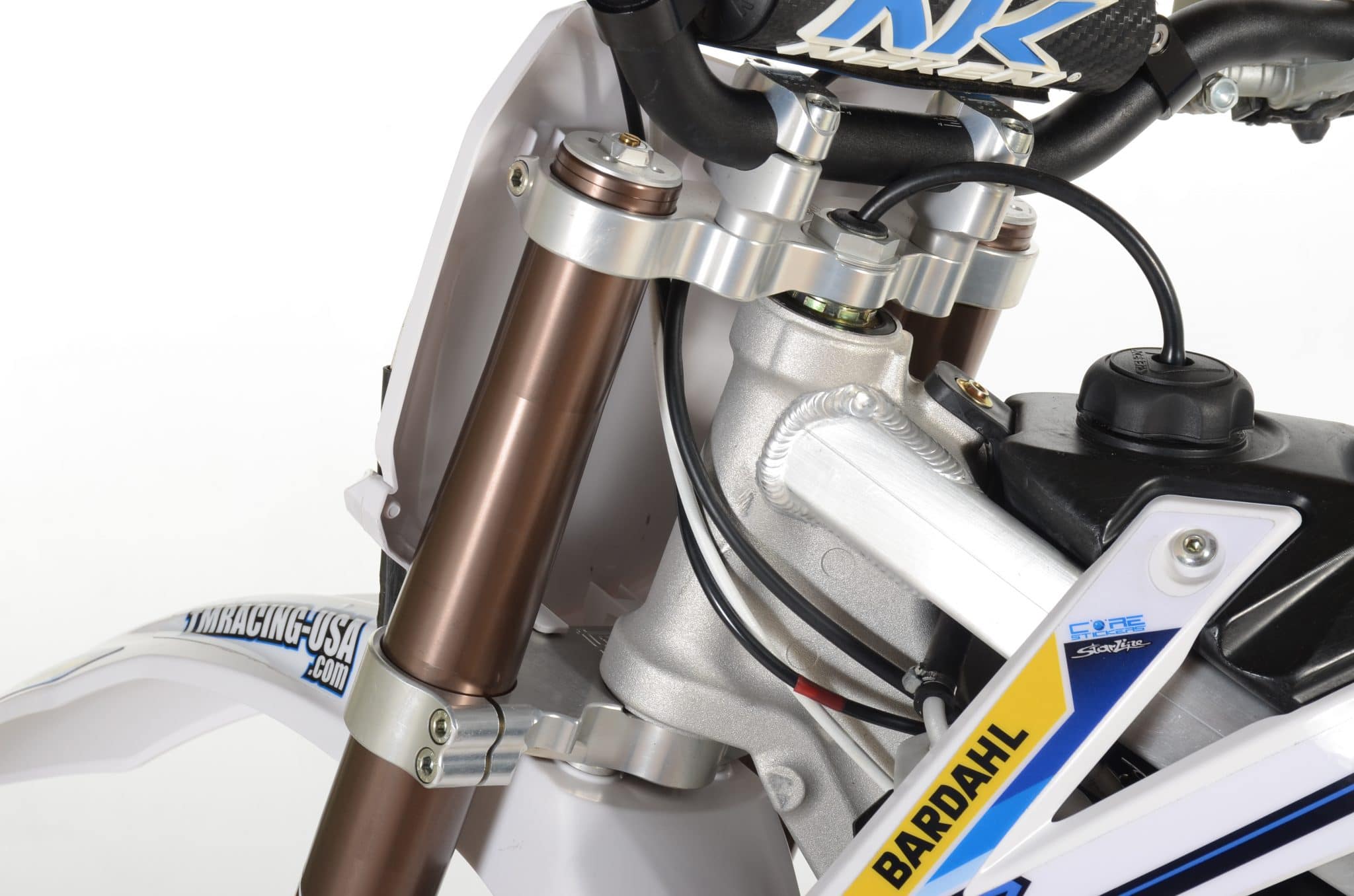 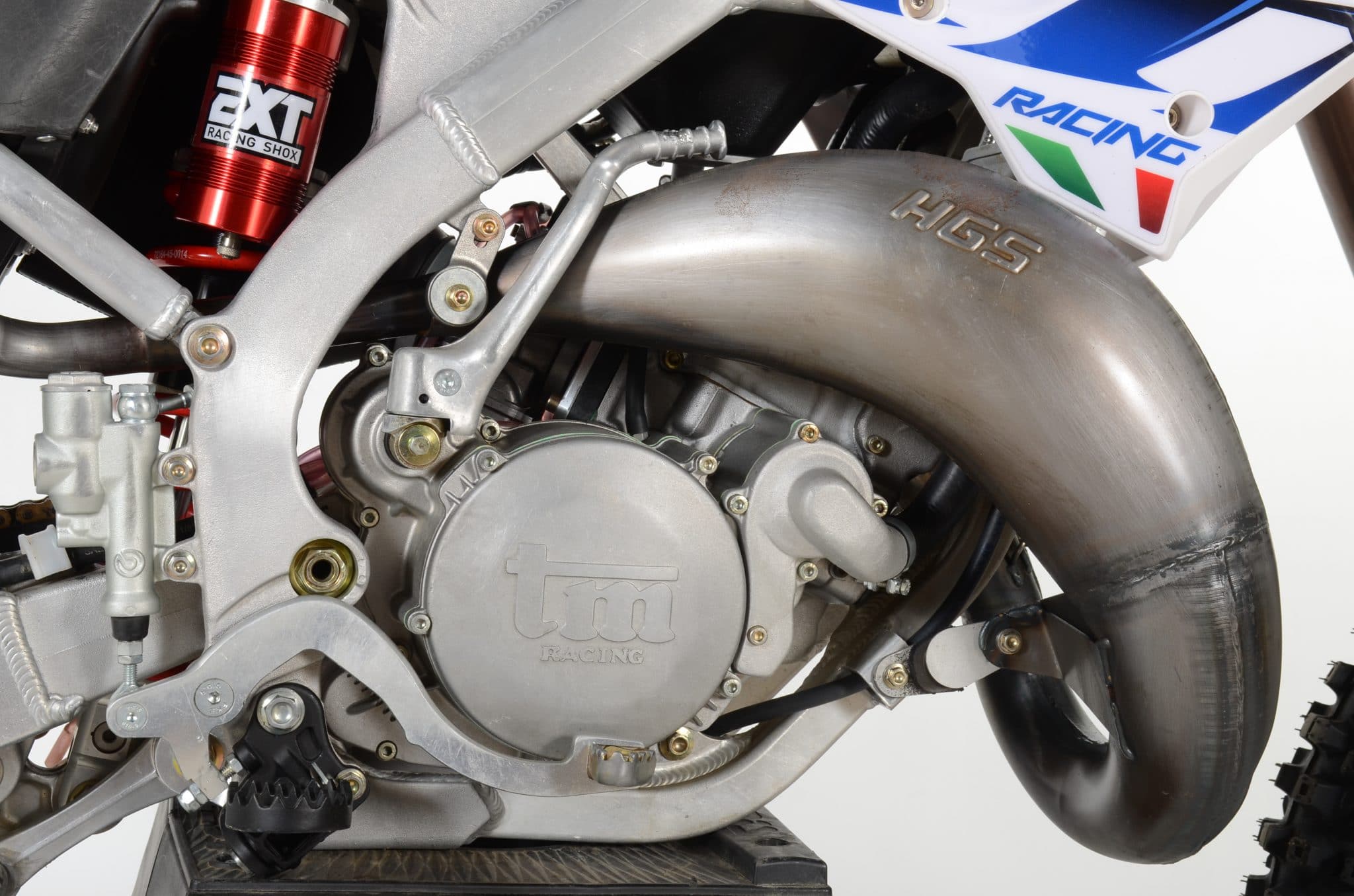 HGS makes the exhaust for the stock models while other aftermarket manufactures like Bills Pipes in the US also have application already. 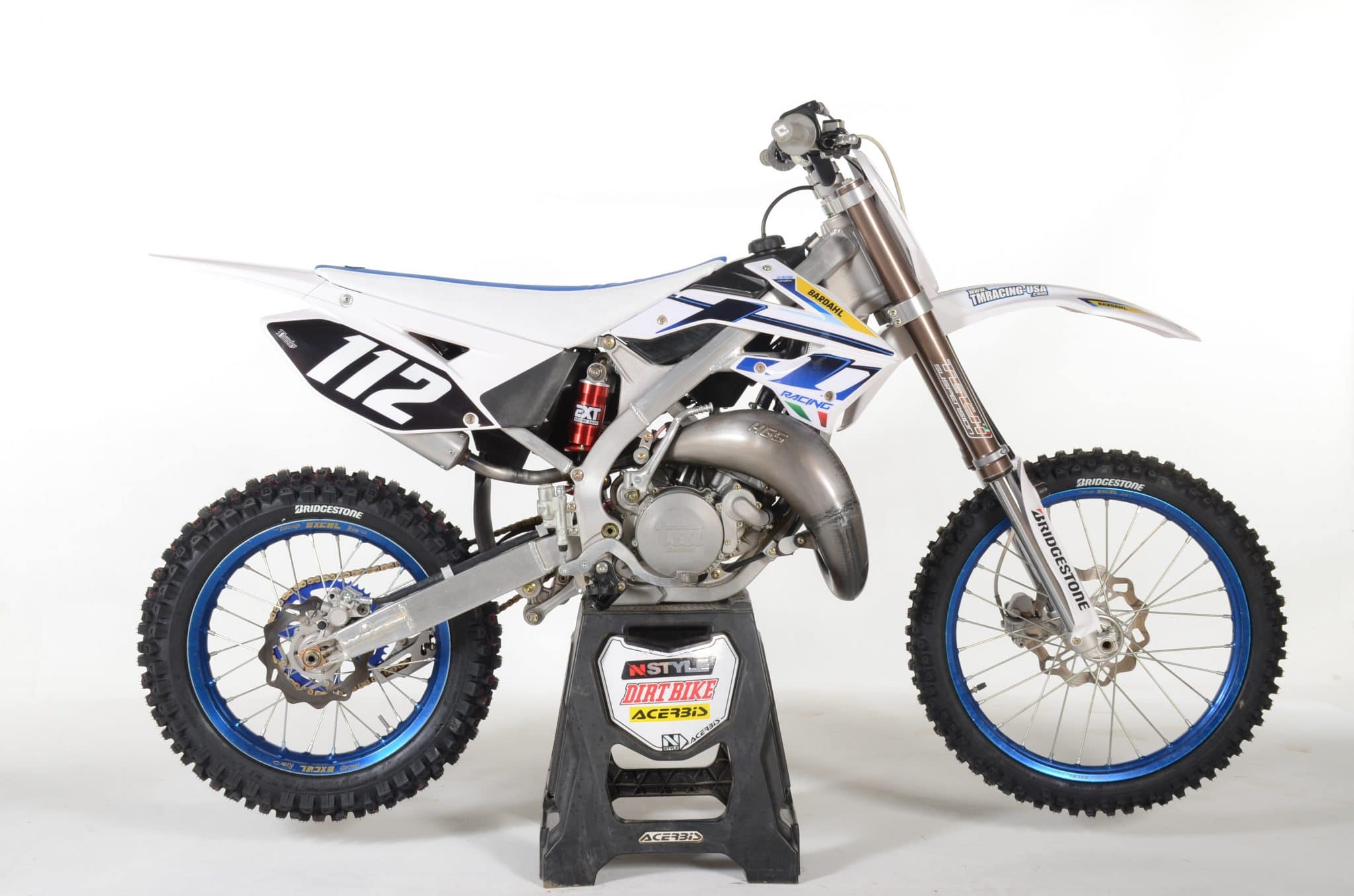 As far as we know the 2021TM112 is the only manufacture to produce a Supermini model of this caliber straight off the assembly line as a production unit and we applaud them for it. Like we said before TM does most of their R&D at the races and that is true with 112 Supermini model, it’s a purpose built race machine primarily for the US market. Look for a complete test in an upcoming issue of our printed magazine.

There are two kinds of riders in the world: those who love the Suzuki RM 125 two-stroke and those who haven’t ridden one. The little RM is sweet and easy to ride, but  getting kinda old. Suzuki stopped making the RM125 back in 2007.  Luckily, there are lots and lots of used ones sitting in garages everywhere, just like this 2004 model found by Jill Angues.  The uglier the better, because Polisport has an RM Restyle kit that is a direct, bolt-on replacement plastic kit, updating 2001–2008 RM125/250 models to make them look like modern four-strokes. 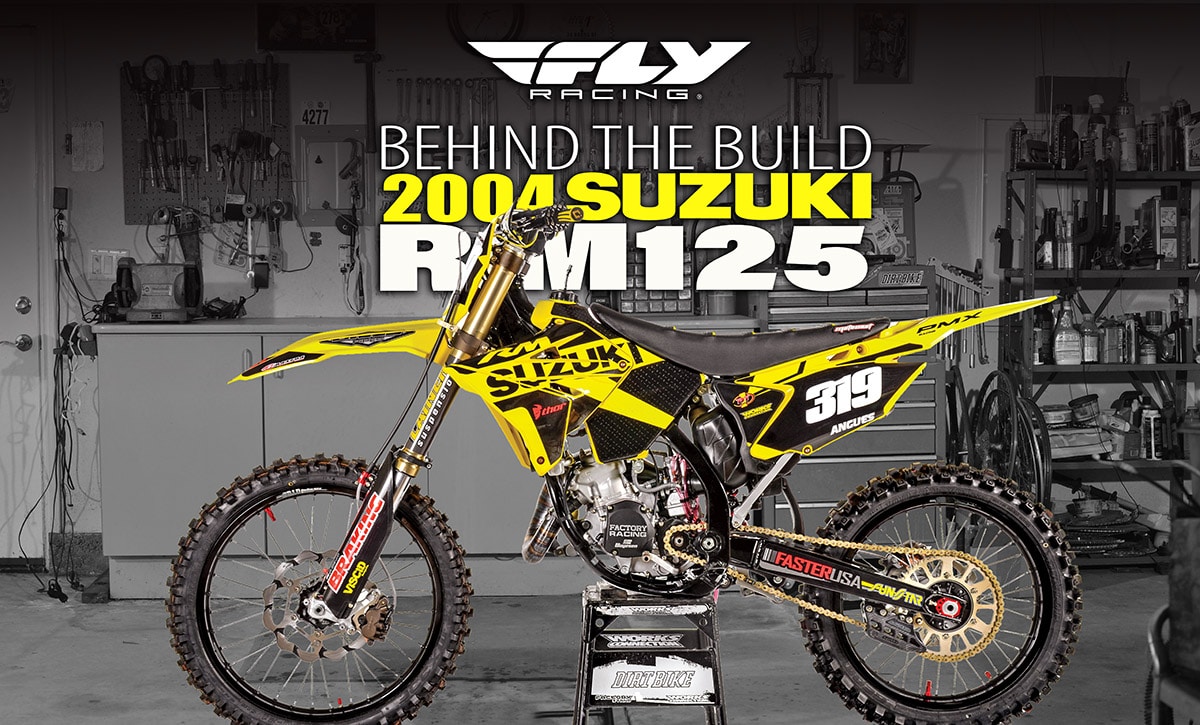