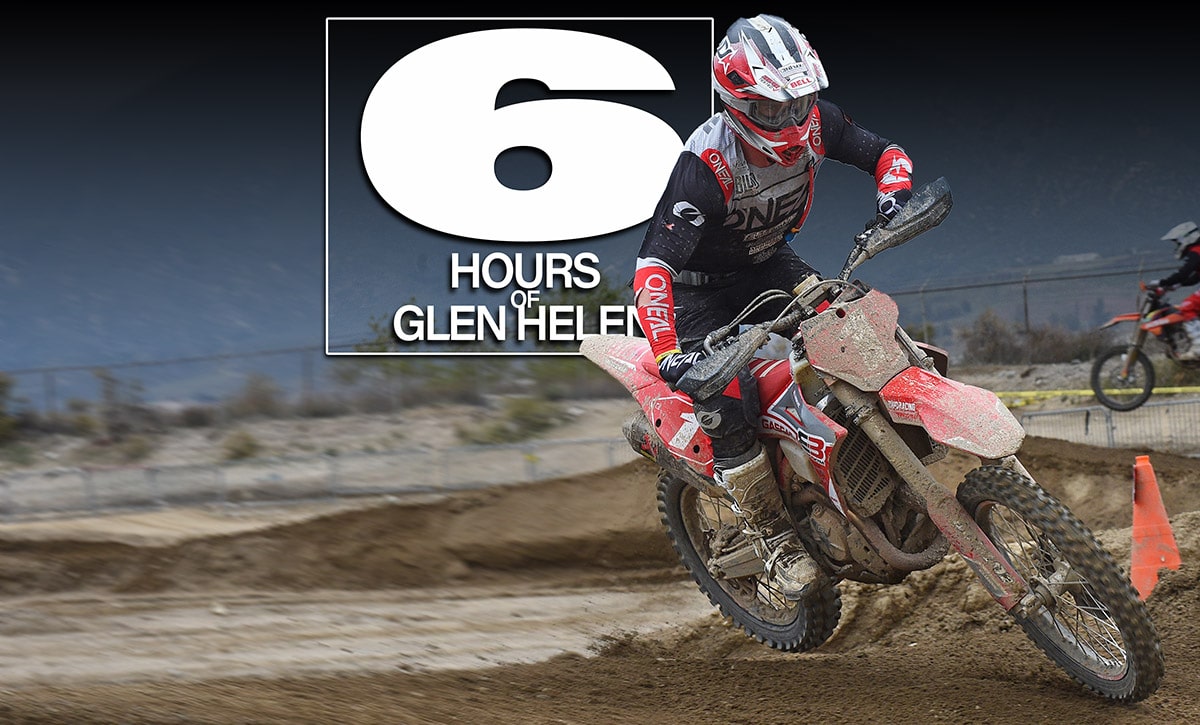 The 3-Bros Six Hours of Glen Helen had a massive turnout of teams this weekend, all taking advantage of cool weather and wet dirt. This year, 3-Bros Racing had a purse for the top AA Open teams which made the battle for first overall especially intense. Colton Aeck and Nick Stover had a nearly flawless ride up front, leading all but one of 23 loops around the nine-mile course.  They were pressured the entire race by several different teams. Early, it was the Honda team of Justin Jones, Ryan Dudek and Preston Campbell. They eventually fell off the pace and ultimately blew up a rear wheel. Next, it was the SLR Honda team of Justin Morgan and Mark Samuels lurking a few seconds back. Then the Kawasaki KX250F-mounted team of Chace Fullerton and Trevor Hunter came on strong to eventually capture second overall.

By far, the largest class was the Ironman division. There were at least four different riders vying for the top spot. Connor Kilmartin  led for about half of the race, but then it was Michael Fichera for the final stretch. Fichera finished with an amazing 21 laps, earning 12th overall.  The mini ranks were topped by Linkin Esquivel, Maximum Esquivel and Evan Shine. There was one intrepid 65 team with Kayden Fillhart, Jacob Tilley and Dennis Allen that complete 15 laps. For complete results, go to www.glenhelen.com.

STEW IS BACK! WINS THE GENERAL GNCC

THE ADELANTO GP IS BACK