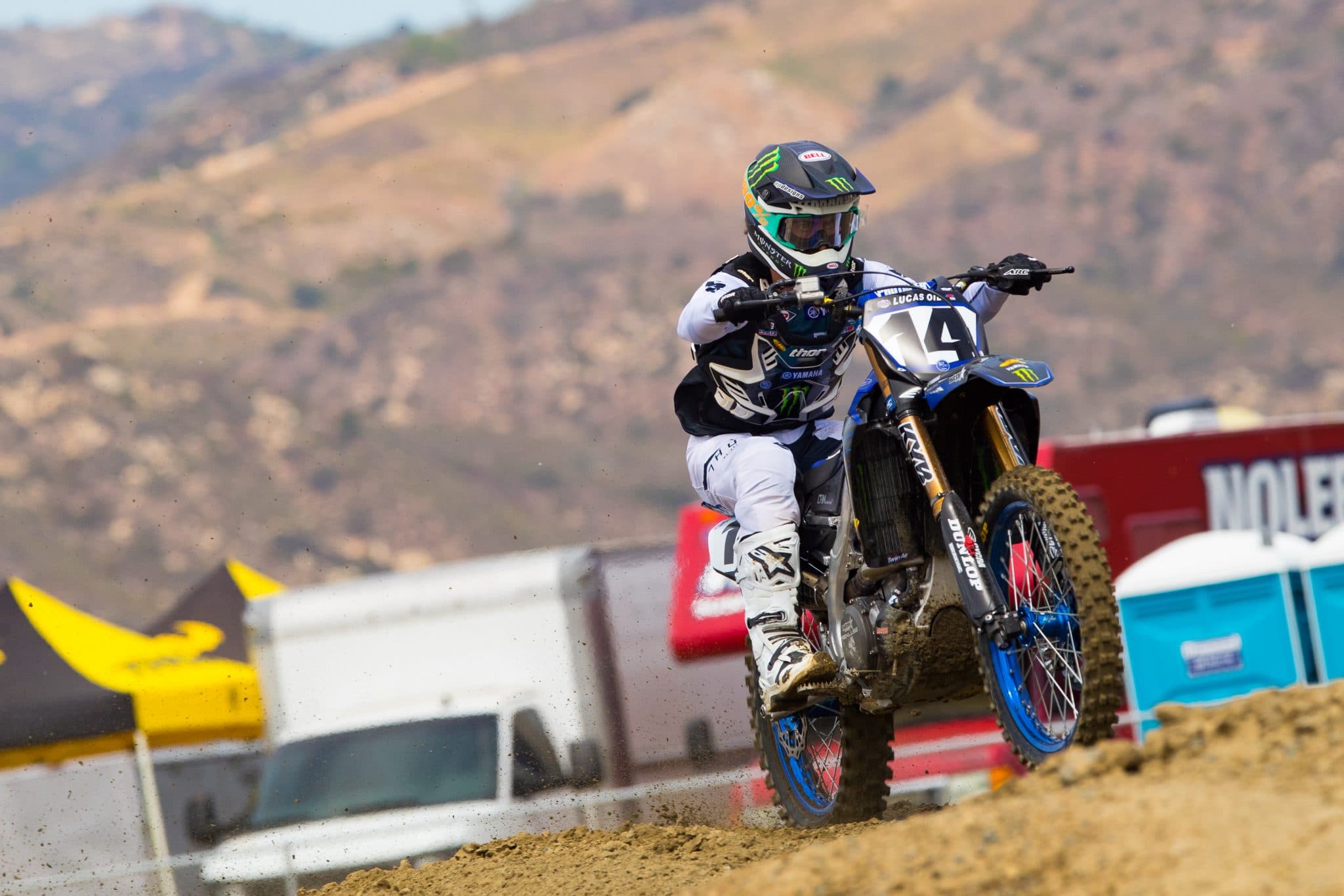 The 2021 Lucas Oil Pro motocross series started where it left off last year at Fox Raceway, on the Pala Indian Reservation in Southern California.  The unusually deep field of talent that was displayed in the Monster Energy Supercross Series only got more intense for the outdoor season, as a number of riders who were on the disabled list came back into play. For extended coverage of 2021 Pro Motocross, click here. 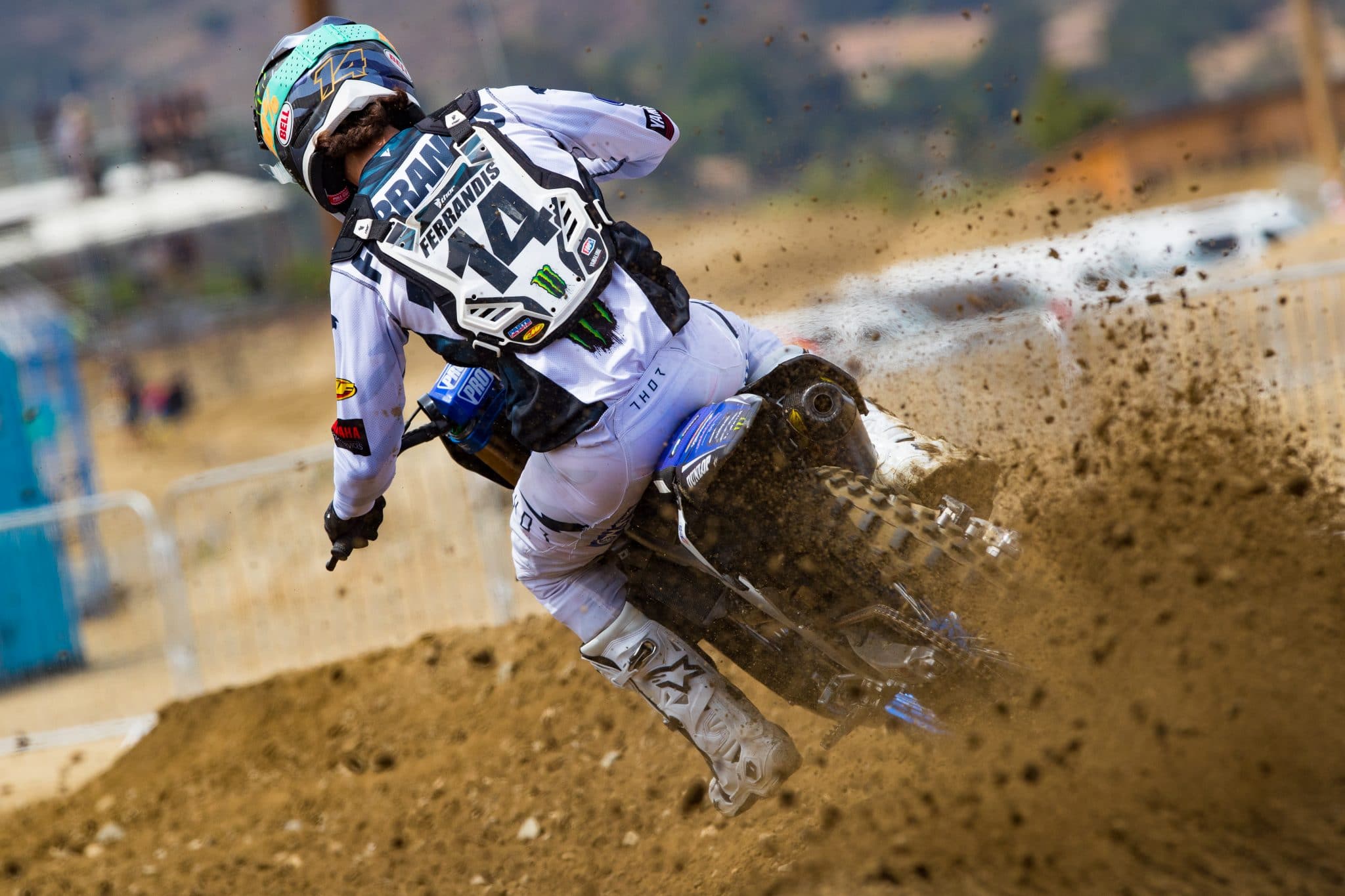 The 450 class got underway with a holeshot from Cooper Webb, but Adam Cianciarulo was clearly the fastest man on the track in the early laps. A.C. quickly passed Dylan Ferrandis and then took the lead from Webb. Soon, he started to pull away.  Early favorites like Eli Tomac and Zach Osborne came off the gate with top-10 starts, but couldn’t seem to match the pace up front. Justin Barcia, on the other hand, was outside the top 10 but was getting faster with each lap. Chase Sexton followed his teammate Ken Roczen in sixth for a few laps,. then started moving forward. On lap five, as Cianciarulo’s lead was over 7 seconds and still growing, he fell. That gave the lead back to Webb, but only briefly. Ferrandis passed Webb, then opened a small gap. Then it was Sexton’s turn. He passed Webb and was at least matching Ferrandis for a few laps. In the late laps, both Barcia and Aaron Plenninger passed web as well. On the final lap, Sexton closed in on Ferrandis and tried to make a pass as they crossed the finish line. He came up a tenth of a second short. 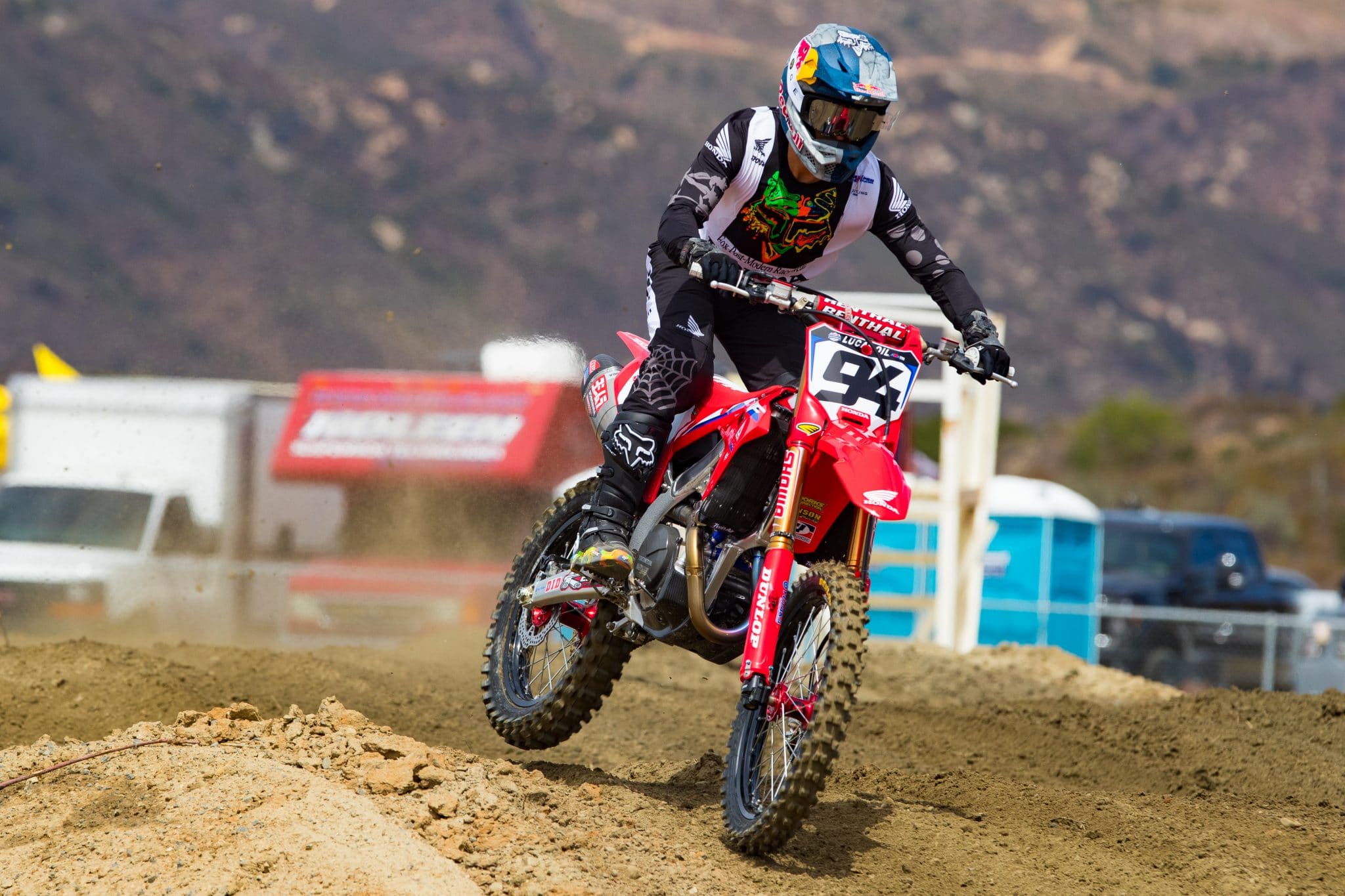 Aaron Plessinger lead the field through the first turn while a pile-up took out Chase Sexton and a number of other riders. Ken Roczen was second and first moto winner Dylan Ferrandis was around 10th. Roczen took over before the first moto was complete. Then Roczen and Plessinger simply left the rest of the field behind. Adam Cianciarulo was third with Cooper Webb and Christian Craig following, and they were soon joined by Justin Barcia.  Through most of the race, Roczen and Plessinger were connected by a rubber band, stretching and contracting with each lap. At first, Barcia seemed to be the man with the most momentum in the following pack, but he made a number of mistakes. Both Cianciarulo and Webb seemed to fade in in the second half, while Dylan Ferrandis, Jason Anderson and Zach Osborne seemed to get stronger. Up front, Plessinger made it a close race in the last 10 minutes, but eventually let Roczen finish with a 5-second lead. Chase Sexton caught up to 10th. 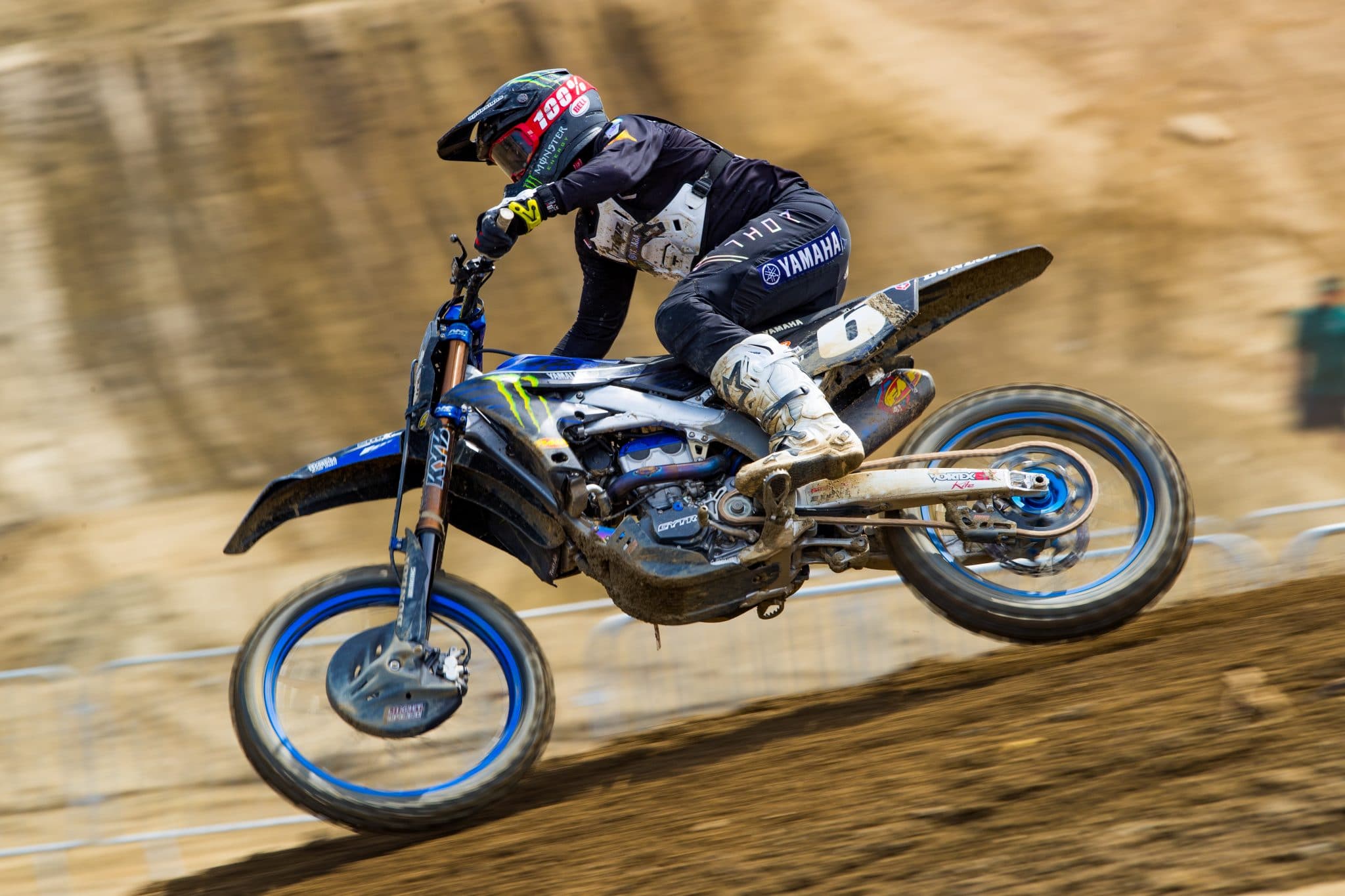 Moto one of the 250 class was almost a huge upset with rookie Max Vohland taking the holeshot and leading most of the moto. He withstood early pressure from fellow rookie Stilez Robertson, but by the midway point, his biggest problem was Jeremy Martin. By lap nine, Vohland’s KTM started to smoke. He soon lost the lead and then started slowing with obvious bike problems.  Jett Lawrence was picking up speed at the moto progressed, and he was soon in second looking like he might catch Martin. In the end, Martin held on to claim the first outdoor moto of the season.

The official holeshot went to Jeremy Martin, but he was side-by-side with his teammate Justin Cooper. It was Cooper who emerged with the lead as they opened the first lap. Vohland was in the mix on that first lap as well, but he had Jett Lawrence on this rear wheel. Lawrence passed Vohland and pressured Martin. For the first six laps, Cooper continued to lead, but  Martin and Lawrence were coming. Lawrence passed the two Yamaha teammates on the same lap. One lap later, Martin passed Cooper and did his best to keep Lawrence in sight. In the meantime, Vohland tangled with RJ Hampshire, sending them both back outside the top ten and establishing Michael Mosiman in fourth. By the end of the race, Lawrence had a solid lead to take the overall. He left the track sharing the points lead with Martin.