2021 NGPC ROUND 6 PRO RESULTS: OLIVEIRA IS DYNAMITE AT CACHE VALLEY 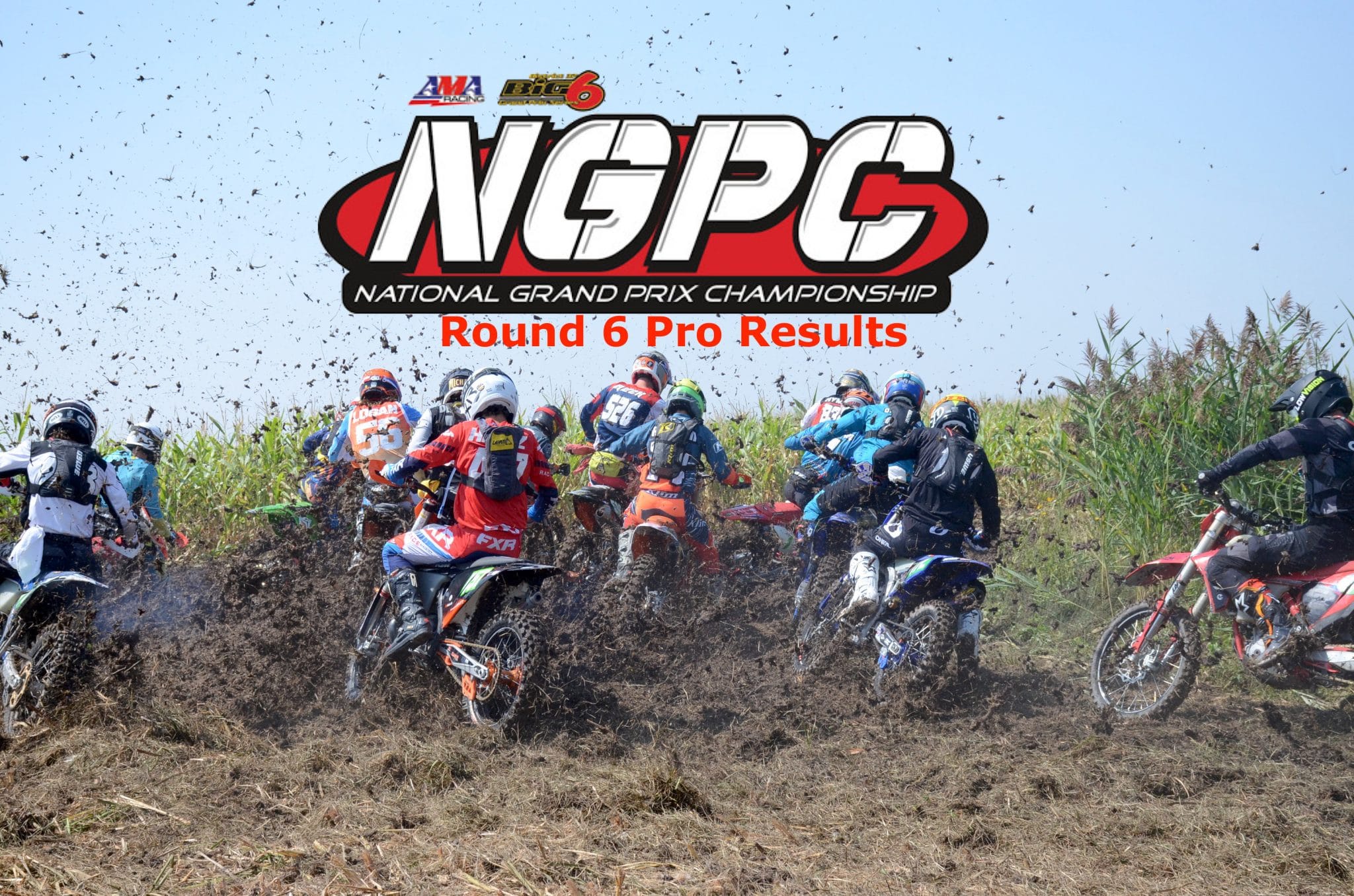 Round 6 of the 2021 National Grand Prix Championship (NGPC) series took place at Cache Valley MX Park in Preston Idaho and was made very interesting by mother nature providing a little extra water to the situation. Mid-week rain showers made Saturday morning slightly slippery for the masses but overall made for some great racing action. At about 5pm Saturday afternoon the lightning and rain started lasting for a few hours dumping large amounts of water on an already saturated race course. It didn’t rain at all on Sunday but this was still one of the muddiest races we have seen in recent NGPC racing history. FMF KTM’s and defending series champion Dante Oliveira got the hole-shot and lead every lap of the Pro class main event. SLR Honda mounted Cole Martinez ran second overall till a little past the halfway mark when he was passed by a hard charging Chance Hymas aboard his Kawasaki KX250. Yes Hymas charged from the Pro 2 (Second Line) to pass almost all the Open Pro riders and eventually finish second overall while dominating the Pro 2 class. Very impressive. Martinez would eventually drop back to fourth overall (third in the Open Pro class) behind Gas Gas mounted Giacomo Redondi. Rockstar Energy Husqvarna’s Austin Walton finished fourth in the Open Pro division right in-front of Kawasaki mounted Fasthouse backed privateer rider Trevor Stewart. 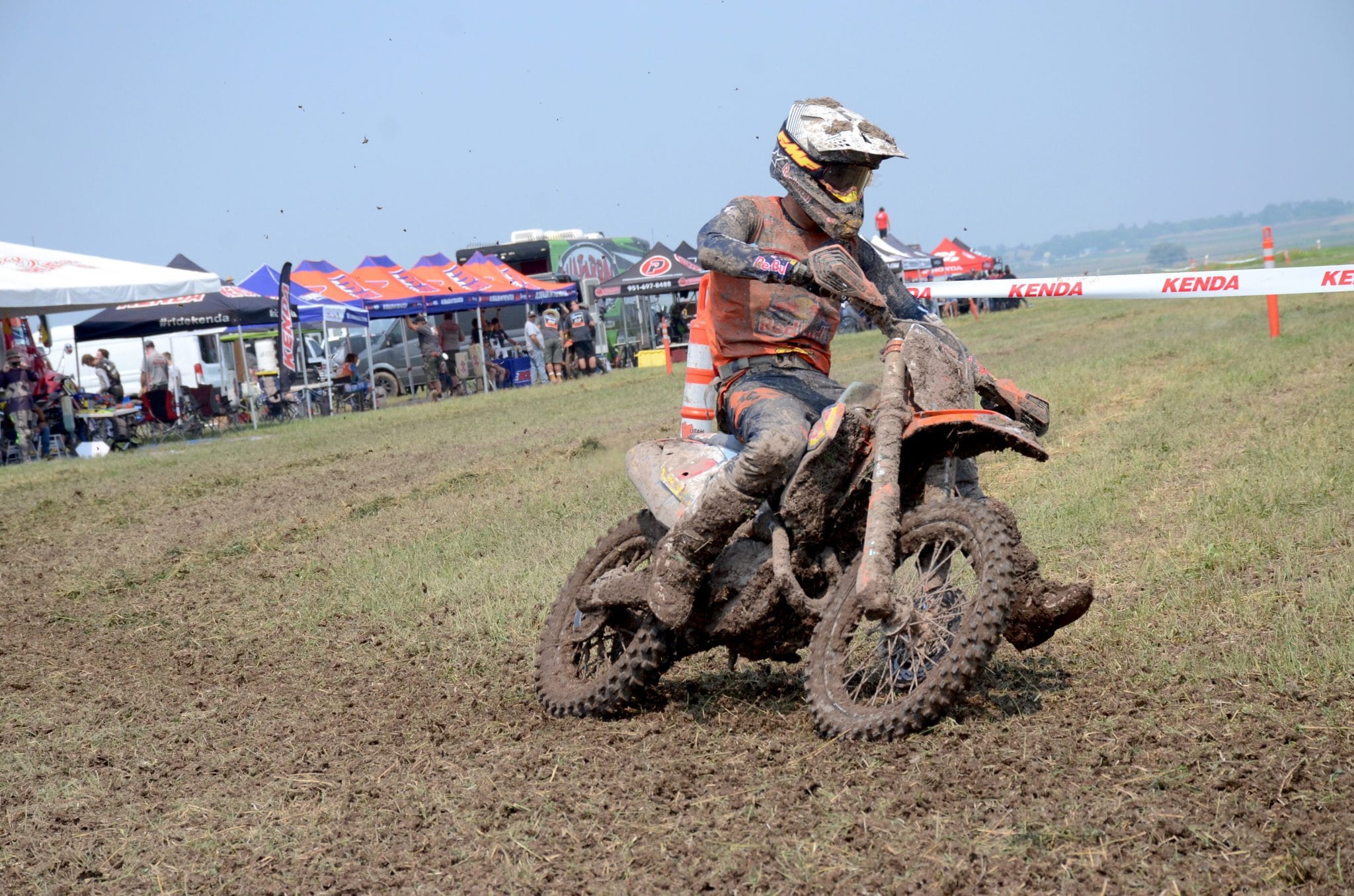 KTM mounted Dante Oliveira dominated the Pro class main event at round 6 of the 2021 NGPC series in Preston Idaho. 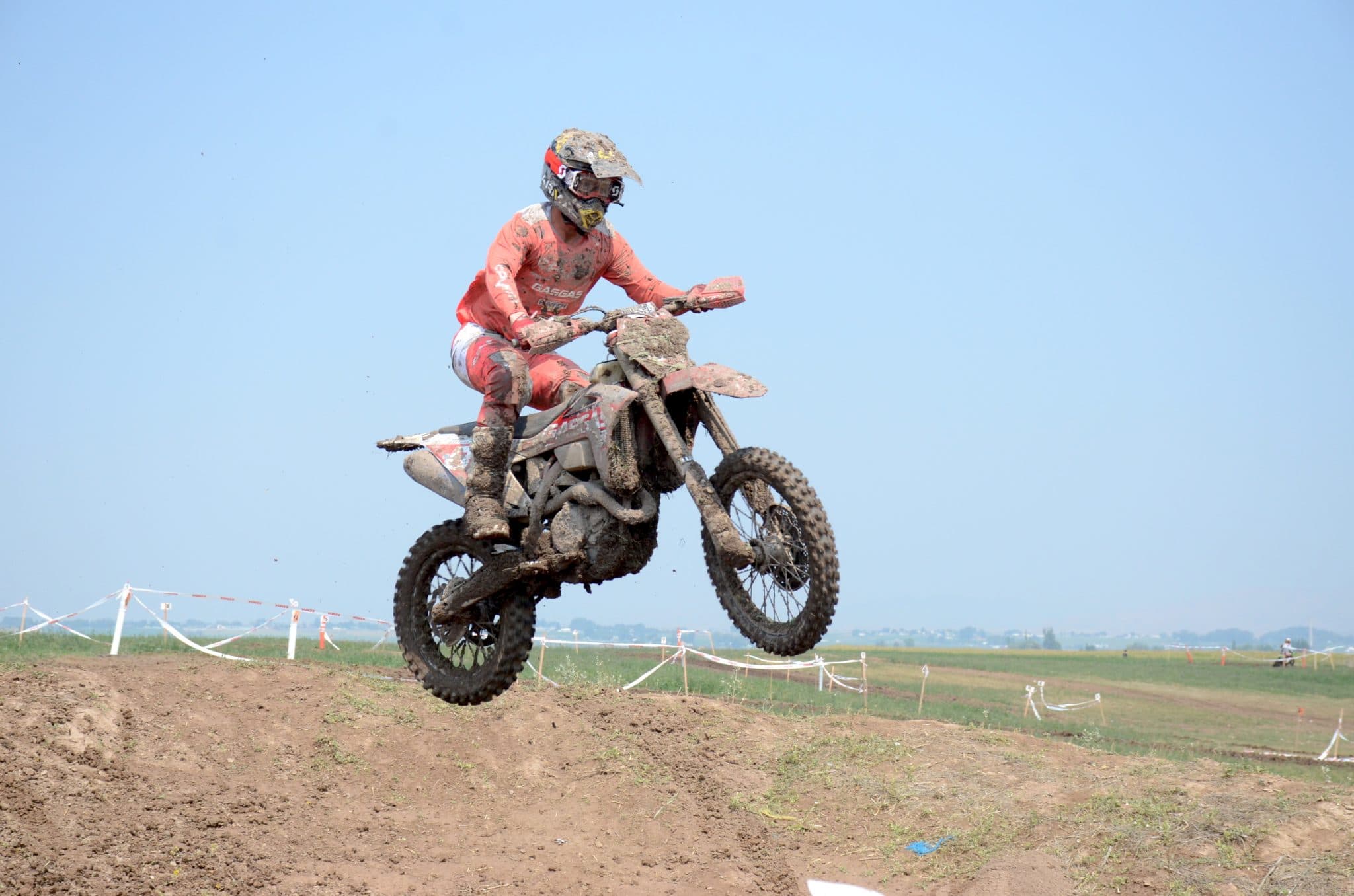 Giacomo Redondi put his Gas Gas on the podium in the Open Pro class with a solid second place finish. 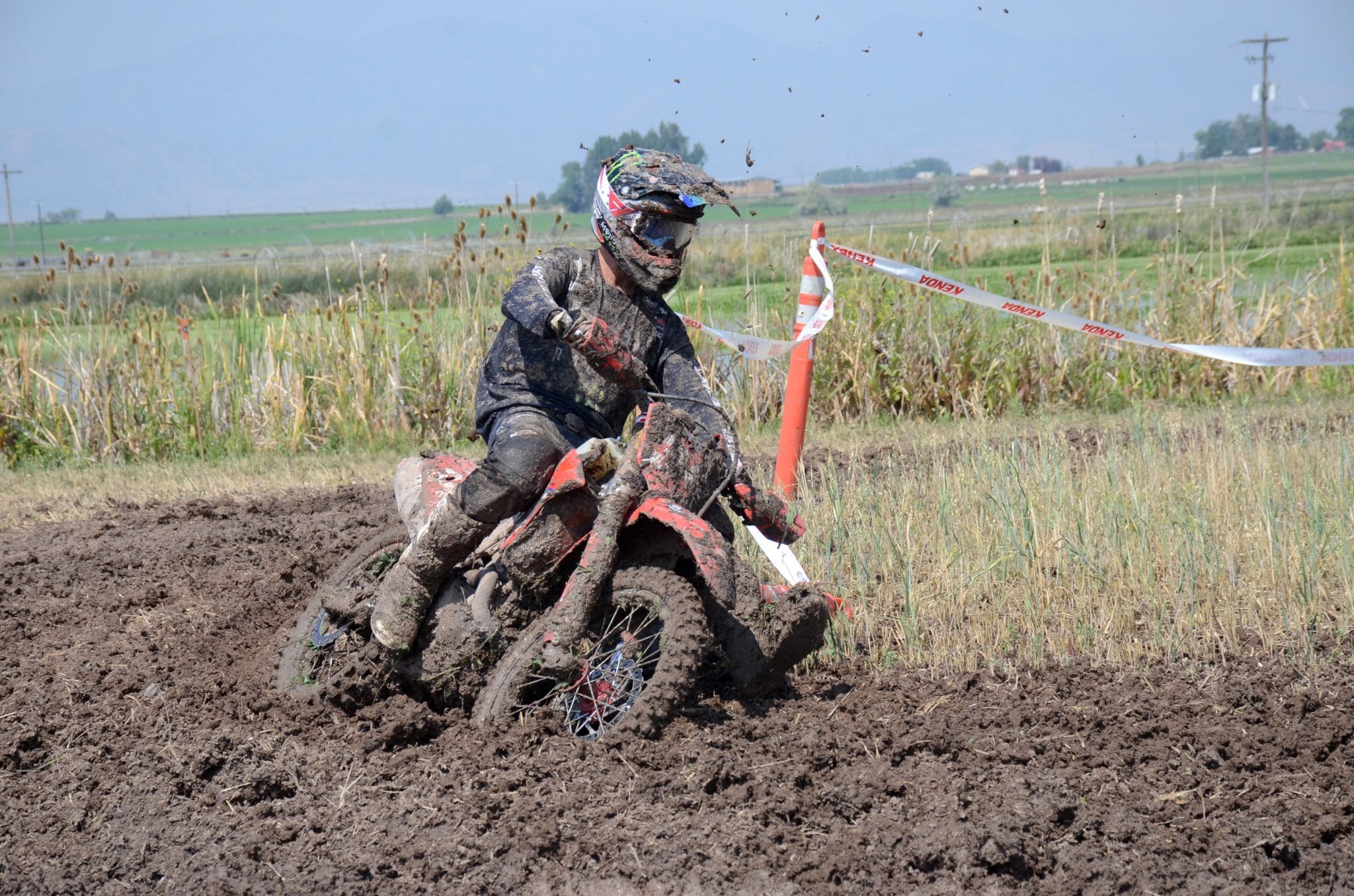 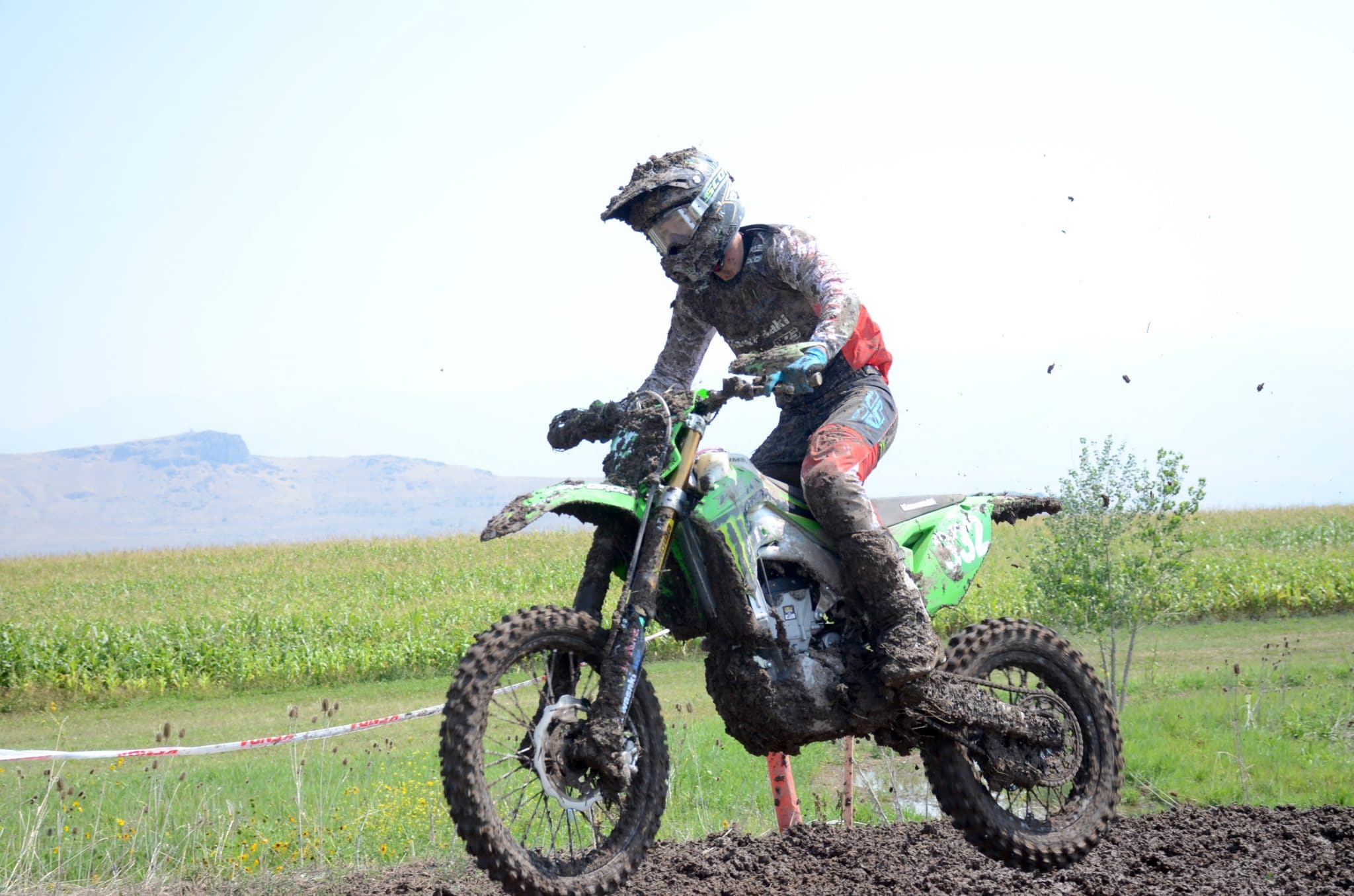 Fly Racing backed Kawasaki rider Chance Hymas was impressive to watch at round 6. Not only did Hymas come from the second gate drop to pass most of the Open Pro class riders but he did so after going down a few turns into the first lap and starting almost dead last in his class. Keep an eye on this young man! 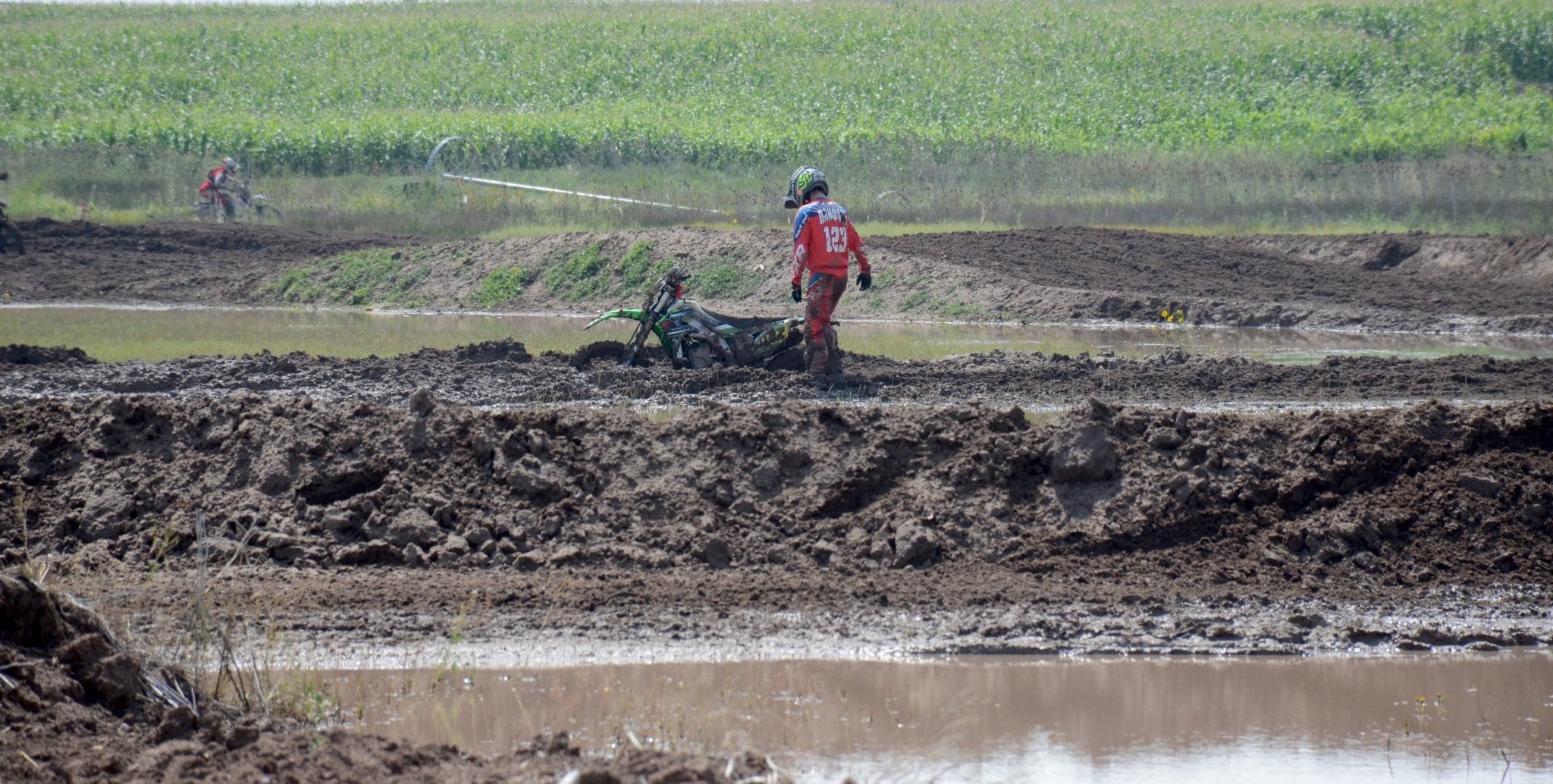 You know it’s bad when riders in the expert classes are getting stuck. 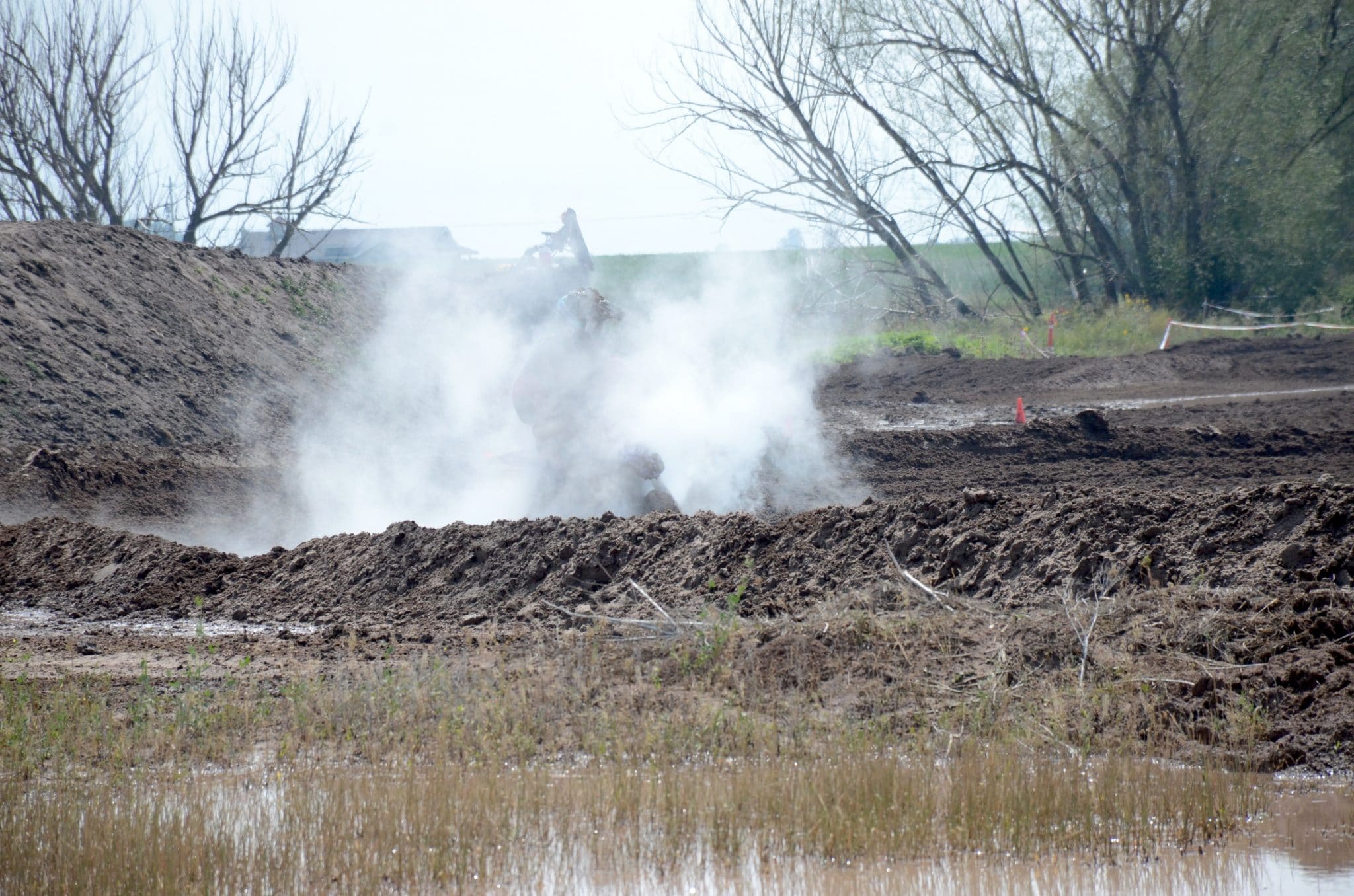 Can you find the bike and rider in this picture?