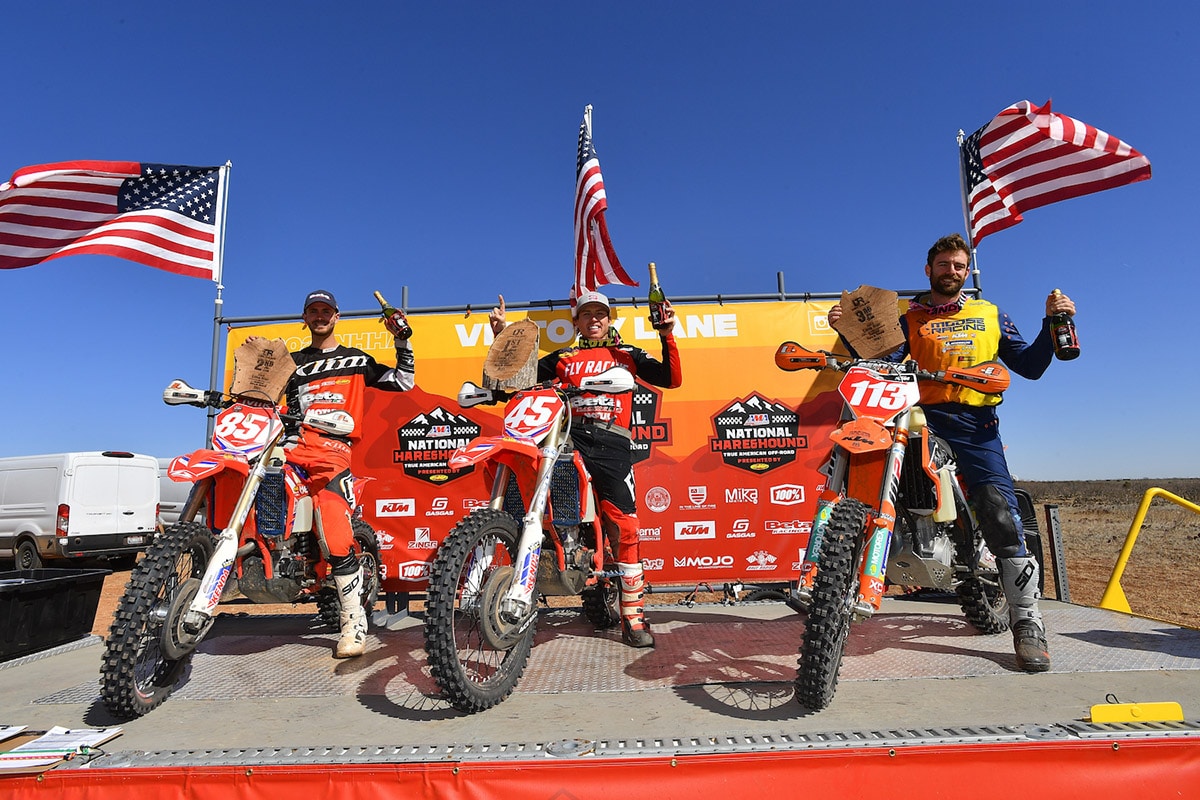 The AMA National Hare and Hound Championship series presented by FMF continued in Lubbock, Texas for round 2 following a record entry-county season opener just two weeks prior. Hosted by the Lubbock Trail Riders, the 70+ mile course sprawled across the twisting trails of north Texas; a notable racer favorite among the circuit.

PREMIERE PRO
On Sunday morning, the riders of the premiere race lined up on the FMF Power Bomb Run Start Line. Cool temps and foggy weather set the stage as the riders of the AMA National Hare and Hound killed their engines in preparation for the start of the race. With the traditional drop of the banner, the first row ignited their engines and it was southern California’s Nic Garvin who would claim the holeshot. Not without pressure from locals (and icons in off-road) Russell Bobbitt and Cole Kirkpatrick.

Over the next 30-miles, Factory Beta’s Joe Wasson picked riders off after a poor start left him behind the pack. Wasson caught up to Garvin who had now settled in front of Chidester Transport Yamaha rider Chance Fullerton. The trio came into together less than a minute apart before refueling and charging onto loop two. The second, more technical loop would favor riders like Factory Beta’s Zane Roberts and Russell Bobbitt, who had now moved into second and third behind Wasson. Meanwhile Gnarly Routes rider Cole Kirkpatrick and JCR Honda’s Preston Campbell came together for a race long battle to the finish in a fight for the top five positions.

Coming through the final technical downhill, Wasson maintained his composure in the lead position and charged his way to the checkers for the ultimate victory by just 15 seconds. Wasson’s Factory Beta teammate Zane Roberts finished just behind, and Bobbitt raced in to claim third, in what was officially his first-ever AMA National Hare and Hound. Joe Wasson now holds the points lead heading into round three on March 28th.