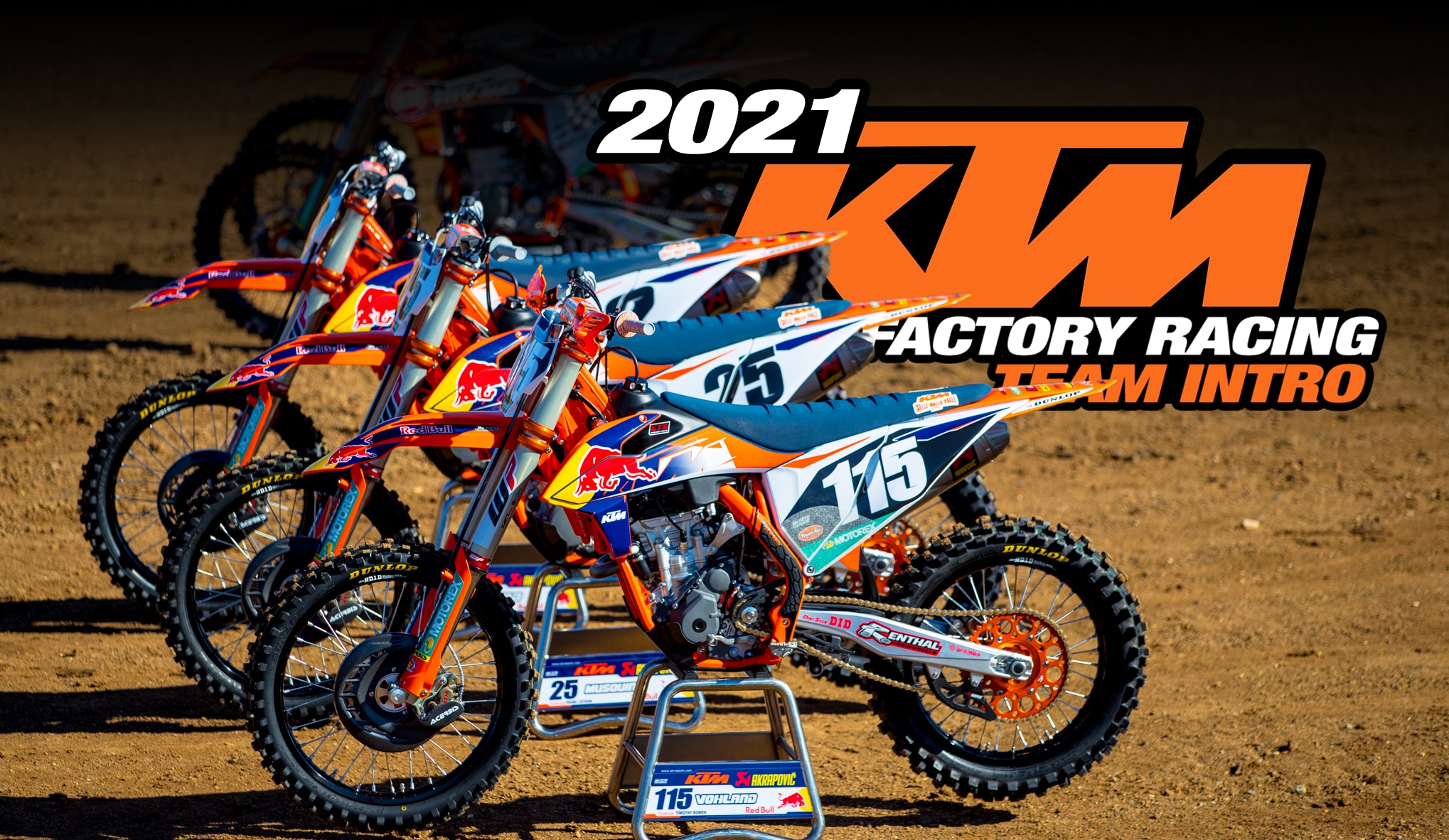 KTM USA invited us out to their RD (Roger De Coster) Field testing facility above their race shop in Temecula, California today to check out their roster of riders for the 2021 season. Both the Red Bull KTM Factory Racing and Rocky Mountain ATV/MC / KTM / WPS teams were on hand to introduce us to their returning riders as well as the new additions to the squads. Here’s who all is on board heading into next year: 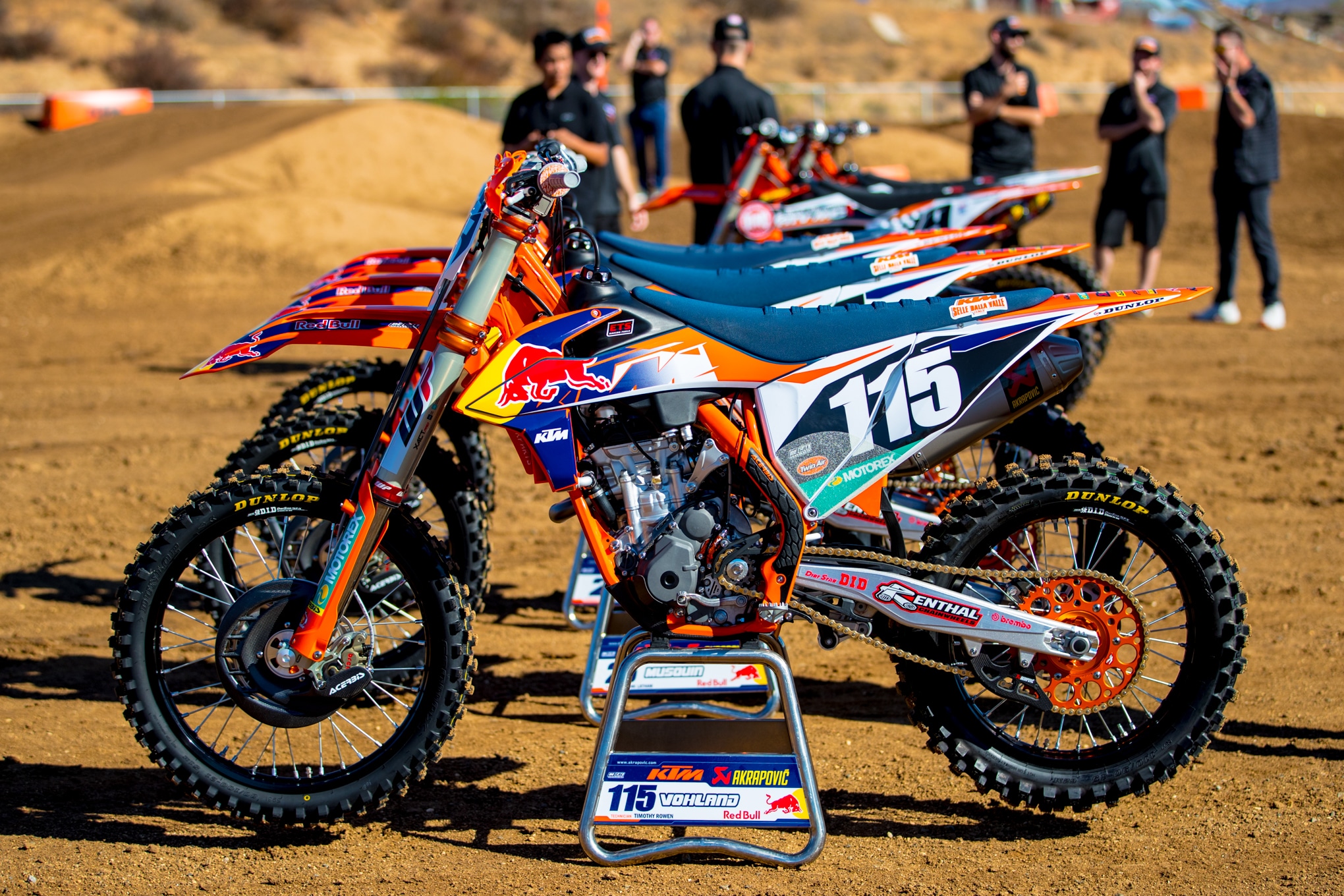 With the Troy Lee Designs Racing Team switching over to the new GasGas machines, that left KTM without a 250 class effort going into the 2021 season. So, instead of not having a KTM representative in the lites class, the Red Bull Factory Racing Team picked up the effort and brought up 17-year old Max Vohland to make his Supercross debut in the new year. The young rider isn’t without experience, though, as he won the 2018 Monster Energy Cup in the supermini class and was a strong contestant in the 125 class at last year’s Red Bull Straight Rhythm. Although he’s still pretty new to riding the 250F, he showed great speed and some incredible bike control today out at the test track.

Returning to the team is 2019 Supercross champion Cooper Webb. His strong showing in the wacky 2020 Supercross season proved his championship wasn’t just by luck and he’s definitely one of the main players when it comes to battling for the title. Even with his crazy crash in Arlington, he was still able to bounce back the next week for a podium finish and an eventual second overall for the season. Unfortunately, he had some unresolved back issues early in the Pro Motocross season that forced his season to end prematurely, but his riding today showed no signs of any further lingering issues.

The third and final rider aboard a Factory Red Bull KTM for the 2021 season is Marvin Musquin. The Frenchman is returning to the Supercross scene for the first time since 2019 after being forced to miss the entirety of the 2020 championship due to a knee injury. His solid performance over the Summer proved he was back and ready to race, so with even more time under his belt going into next year we can expect to see no different from him inside the stadiums. 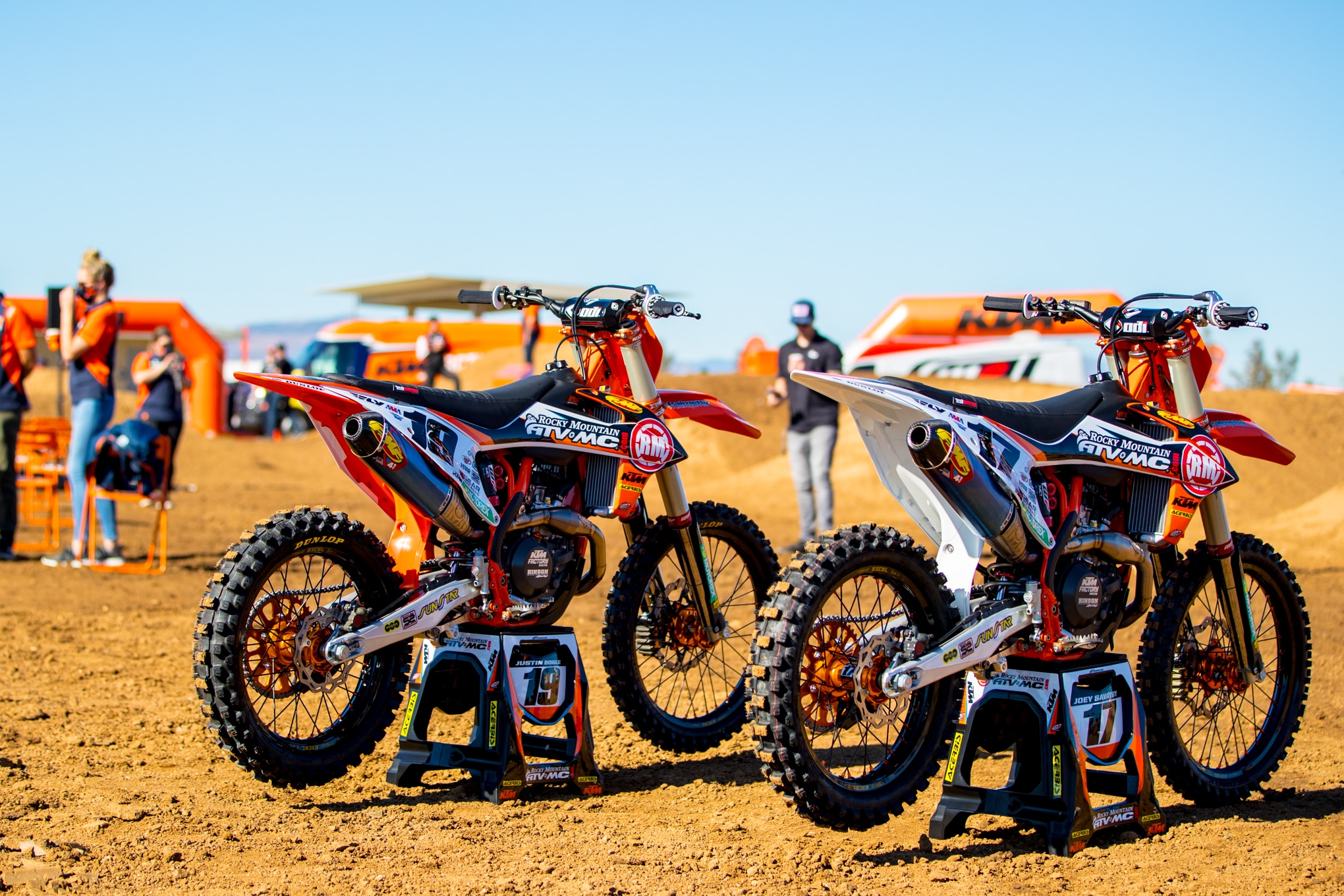 It was a bit of a surprise today to see the exclusion of Blake Baggett from the Rocky Mountain KTM Team roster for the 2021 season, but now filling that slot on the team will be the 17 of Joey Savatgy. After an okay first two years in the 450 class, Savatgy moves over to a third new team, but this time aboard a KTM 450. Although the jump is still pretty fresh, he says it feels a bit more at home since he made his initial rookie debut aboard an Orange Brigade KTM back in 2013.

Last but not least is Justin Bogle, returning for his third season now with the Rocky Mountain crew. His racing in 2020 was a bit rough, he admitted, having to exit the supercross series after four rounds and trying to find his flow again coming back for the abbreviated outdoor season this past summer. Both he and the team are confident in his abilities to rebound from his previous bad luck to make a statement in this new 2021 season.