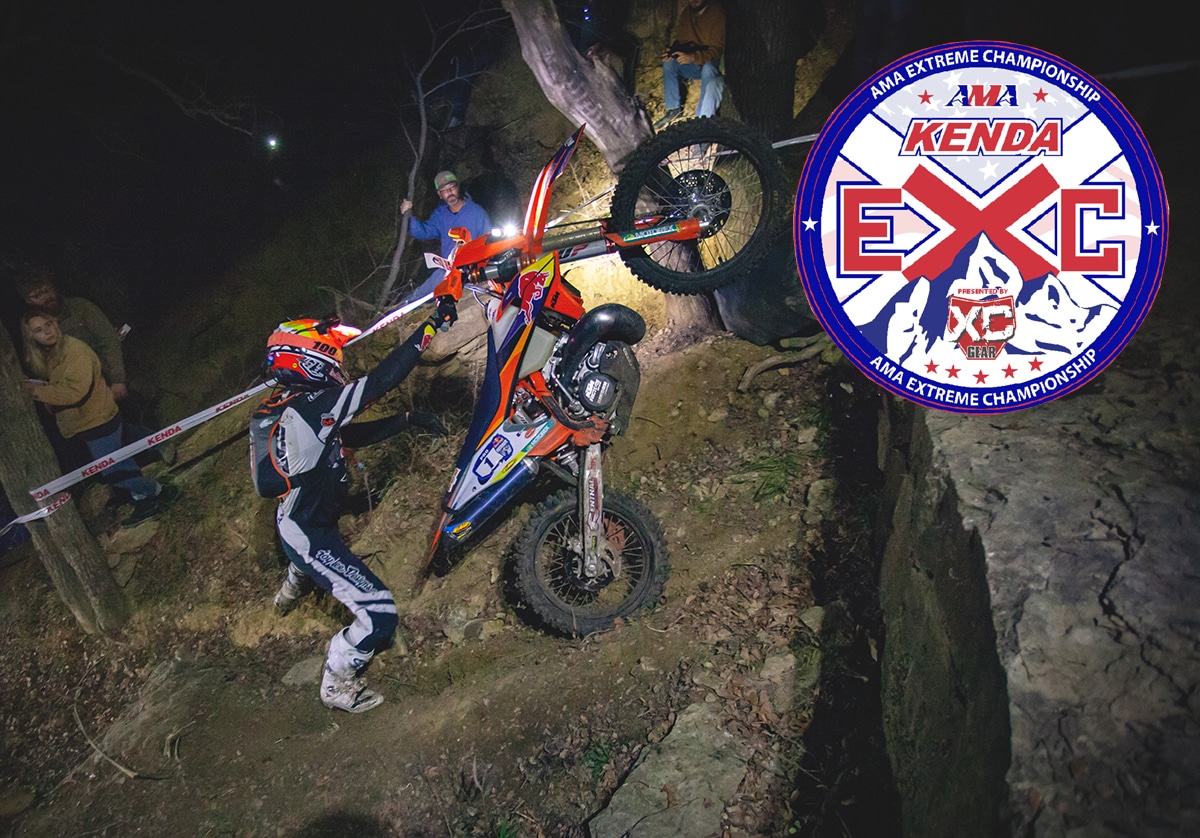 The Kenda AMA Extreme Championship (previously referred to as the Sherco AMA Off-Road Extreme Championship; east and west) will offer a 10 round series in 2021, consisting of six East, and five West rounds. The RevLimiter Extreme Enduro will once again double up as the series’ east vs west event, overlapping the two schedules. The EXC Team is thrilled to announce the addition of three new rounds to the 2021 season. First will be the opening round of the west schedule, an exciting all-new venue in scenic Page, Arizona. Also new to the west will be a hard enduro hosted by well-known off-road legend Brian Garrahan, located at the notorious ski slopes of Donner California. And lastly the series has added the Iowan Hard Enduro to the east schedule, already a fan-favorite only in its second year. “Our objective is to elevate the AMA Extreme Championship series, via a partnership with AMA clubs across the United States – while promoting the prestige of the toughest #1 AMA plate to earn in the sport of extreme off-road motorcycle racing.” ~ Mark Koch, EXC President In addition to the new rounds, EXC is pleased to announce it’s new-to-the-series Pro Women’s class. “This advancement will allow our female Factory riders the starting position they deserve, among many other much needed improvements. We are thrilled to be at the forefront of women in extreme enduro – and are thankful for all the sponsors and individuals who have collaborated, donating their time and efforts to make this happen.” ~ Mary Rinell, EXC Media Director 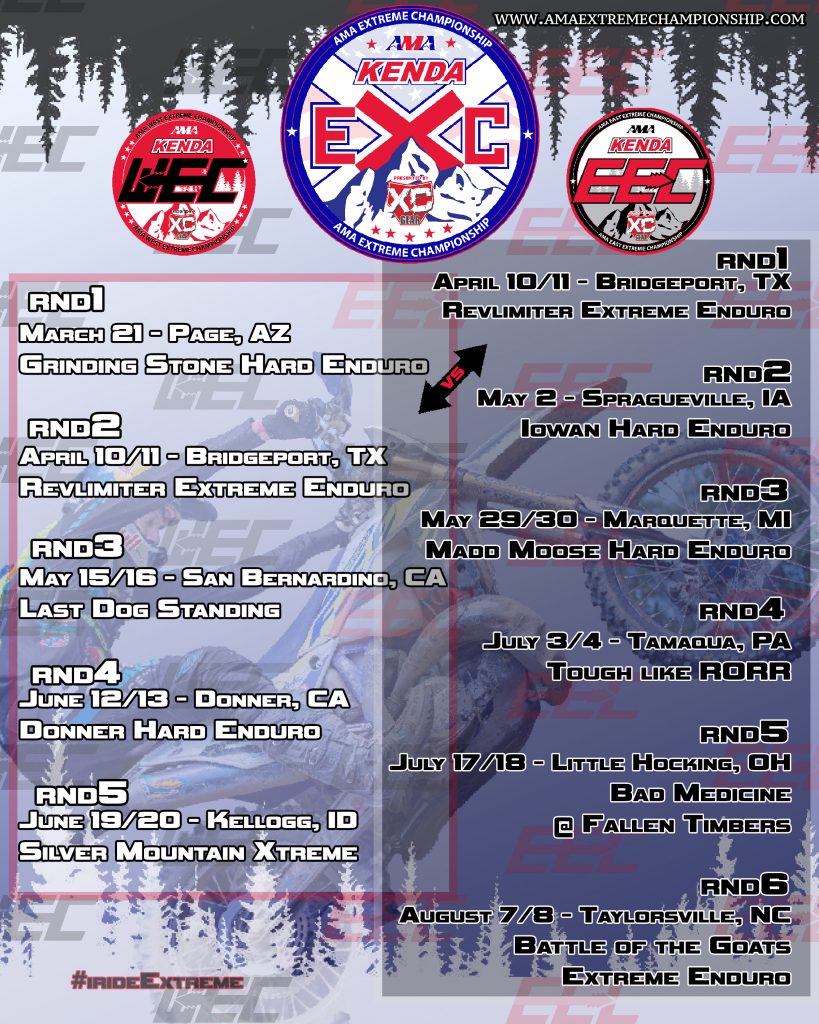