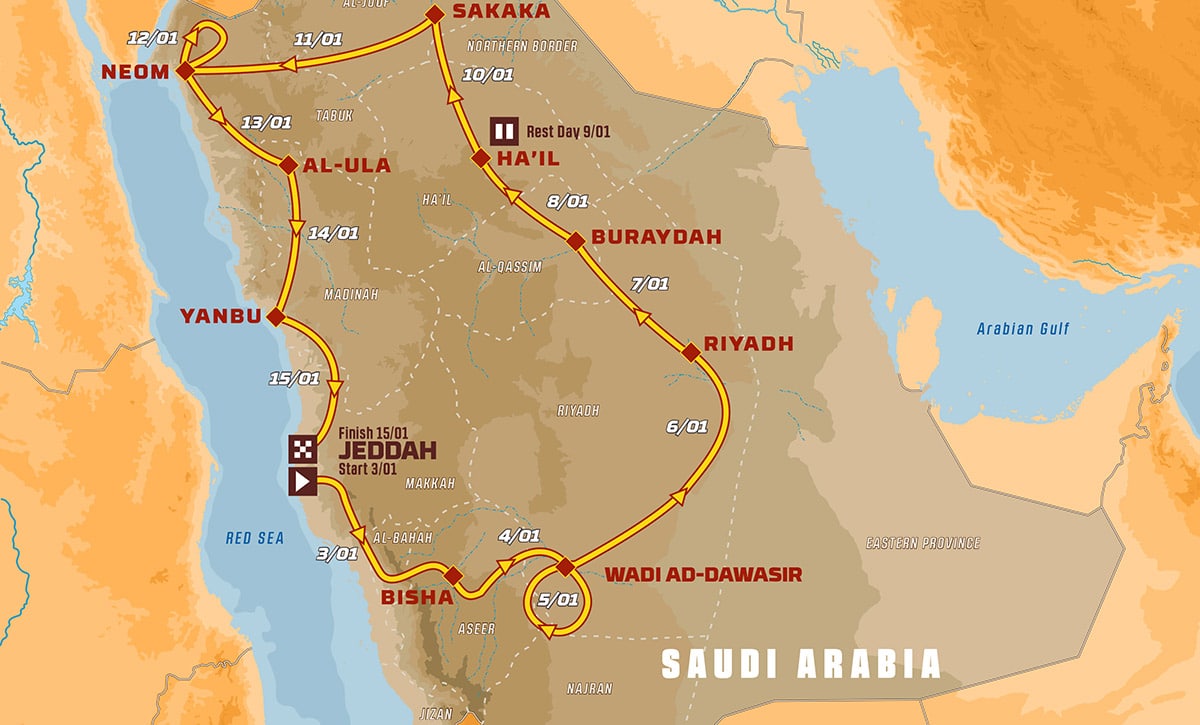 1 prologue, 12 stages, 4800 kilometres of timed specials, two looping stages and a marathon stage are some of the main features that the ASO released today for the forthcoming 2021 Dakar Rally. The 43rd edition of the great challenge gets underway in just forty days time, with Monster Energy Honda Team, aiming to replicate last January’s victory. 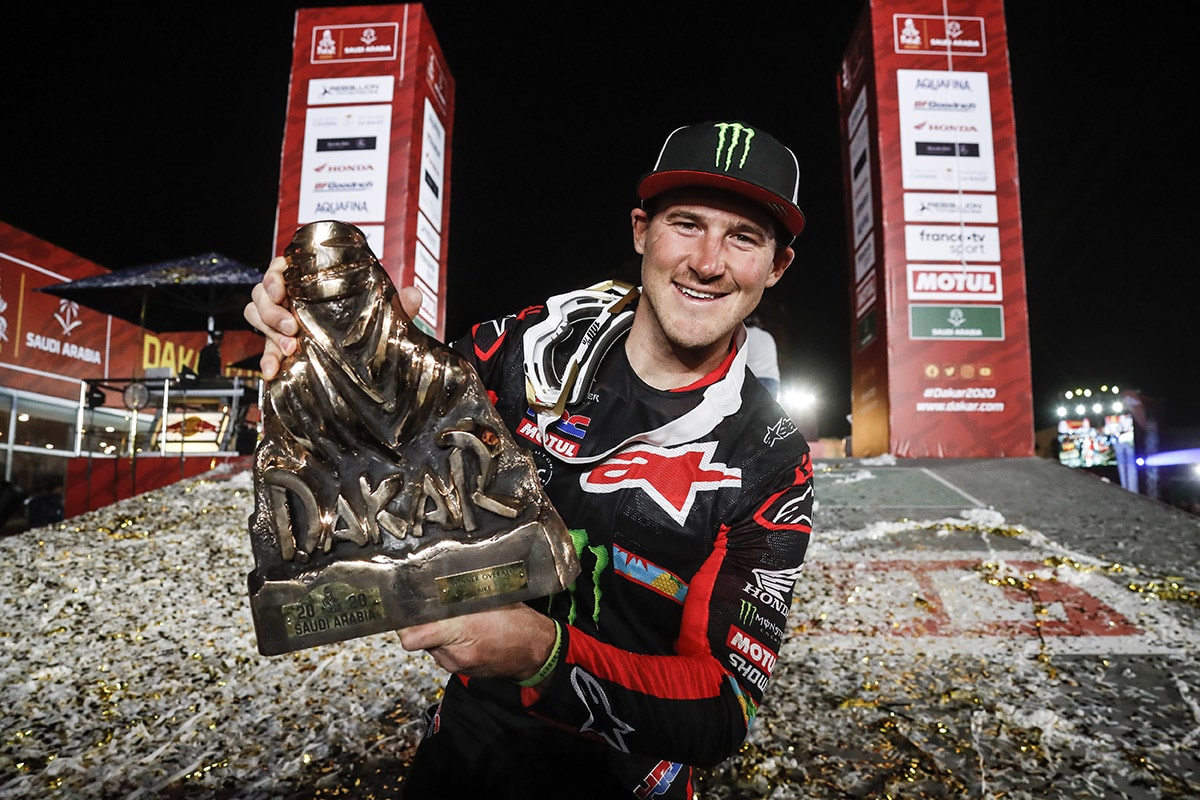 The official presentation of the detailed route for the 2021 Dakar Rally – set to take place in Saudi Arabia – were digitally published today, detailing not only the finalized route, but also the specifics regarding each stage. The ASO completed the final route for the 43rd Dakar with teams spending three weeks on the terrain in search of new and thrilling routes. The details reported back will see competitors forced to tackle more dunes, tougher treks and more navigation than the previous edition. ‘We want to give the competitors the very best’, outlined Dakar Race Director David Castera.

Castera laid out the finer points of each of the twelve stages, from the start in Jeddah to the finale in the great metropolis on the shores of the Red Sea some 7646 kilometres later – 4767 of which will be against the clock. The longest special stage will take in 511 kilometres on the penultimate stage, while the longest overall stage will feature a total of 813 kilometres on day four. The shakedown, the curtain-raising prologue, the race-start on January 2 and the final finish will all take place in Jeddah. The twelve stages, scheduled from January 3 to 15, 2021, with a rest day in Ha’il, will make a trek counter-clockwise through the Saudi Arabian landscapes. The race will feature one marathon stage following the rest day, where riders will be unable to receive mechanical assistance and will have to take extra care of their machines. Riders can look forward to a wide variety of complex stages, always a common feature at the Dakar, or as Castera put it in the presentation, “We never know just what is going to happen next.” Other data regarding this new edition include: 109 motorcycle participants among a total of 328 vehicles entrants. A total of 560 participants from 49 countries will take the starting ramp of the world’s toughest race.

Monster Energy Honda Team will, of course, be present with last year’s winner, American Ricky Brabec aboard the Honda CRF450 RALLY, with the number 1 adorning the fairings. Alongside, José Ignacio Cornejo, Kevin Benavides and Joan Barreda will form the squad going in search of a repetition of the triumph claimed in early 2020.

Dakar 2021, new regulations
Among the novelties to be included in the 2021 Dakar, will be the roadbook given out twenty minutes prior to the start in each of the stages. This differs from last year’s edition where the roadbooks were distributed in this manner on only half of the stages. An important change is the limitation of only six rear tyres for the entire rally, which will force riders to be far more cautious. There will be also a limit to the number of piston changes, as well as a ban on carrying out any mechanical repairs during the refuelling. Finally, the use of jackets with airbags will be mandatory for all motorcycle riders.