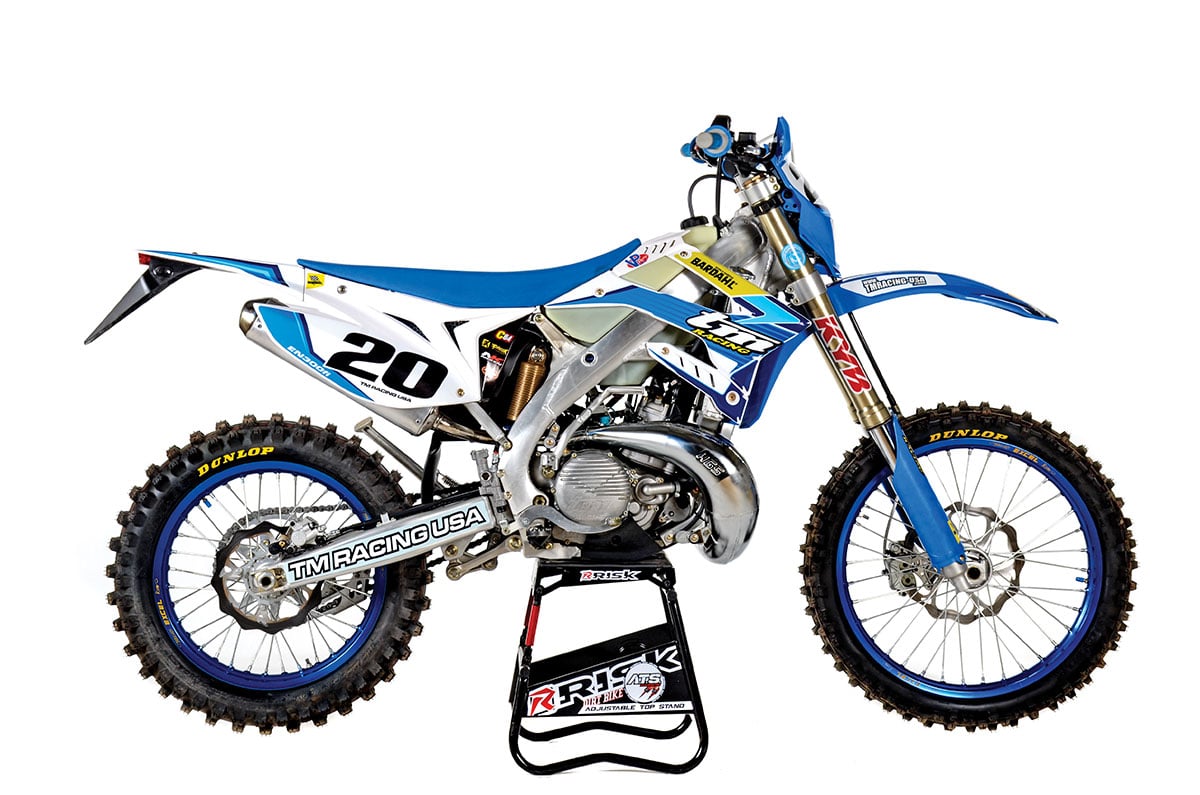 Three-Hundred CC two-strokes are kings in the world of tight technical off-road. In this video series we take a look at all the 300cc off-road two-strokes we can get our hands on. The 2020 TM300FI 2 Stroke makes four more horsepower than its carbureted cousin and yes at the moment the carbureted models are still available but it’s unclear for how long. This machine is built to comply with EURO4 standards keeping the bike legal for street use in Europe. The CEO of TM Racing USA Ralf Schmidt says “Carb and Fi version are 2 totally different animals – the carb version is the typical 2stroke the Fi model is pure smoothness but both bikes need to be ridden totally differently.” he throttle body is kind of a mystery at this point. We haven’t got a solid answer out of TM Racing USA about who makes it. The electronic box connected to it says Mukini but we can’t find any branding on the unit itself except TM Racing. It might be a coincidence but look at the casting on the throttle body it matches the TM cases perfectly. Could it be made in house?he fuel injection system used on the 2020 TM300FI is almost identical to what you see on the KTM and Husqvarna TPI models. TM Racing USA also commented “I was told someone from New Zealand invented the injection system and is making the technology available for everybody use it – actually there would no other explanation for me that TM uses the same setup as their competition.”t looks like fuel injected two-strokes are the future or at least for manufactures looking to sell bikes in Europe. The big push behind this technology has nothing to do with performance and everything to do with meeting new European standards.