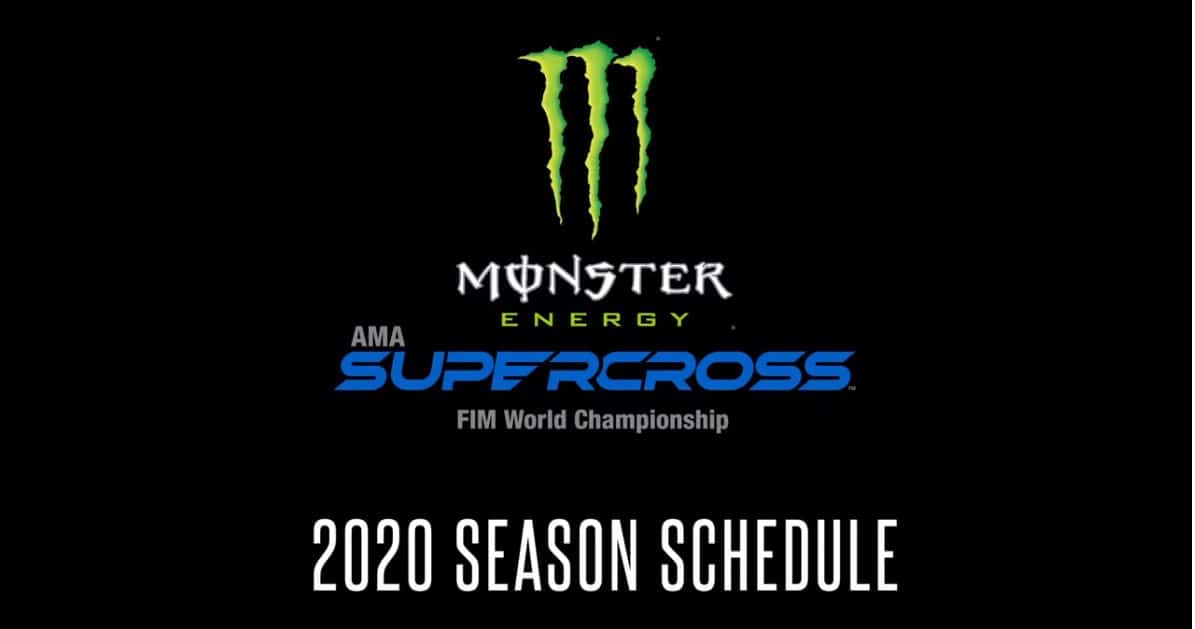 The 2020 season for Monster Energy Supercross is out and includes 17 stops. Once again, the season starts in Anaheim, California at Angel Stadium on the first weekend of the year.  It visits that same venue again two weeks later after a new stop in St Louis, Missouri. There are a number of changes along the way, and the final race is in Salt Lake City. 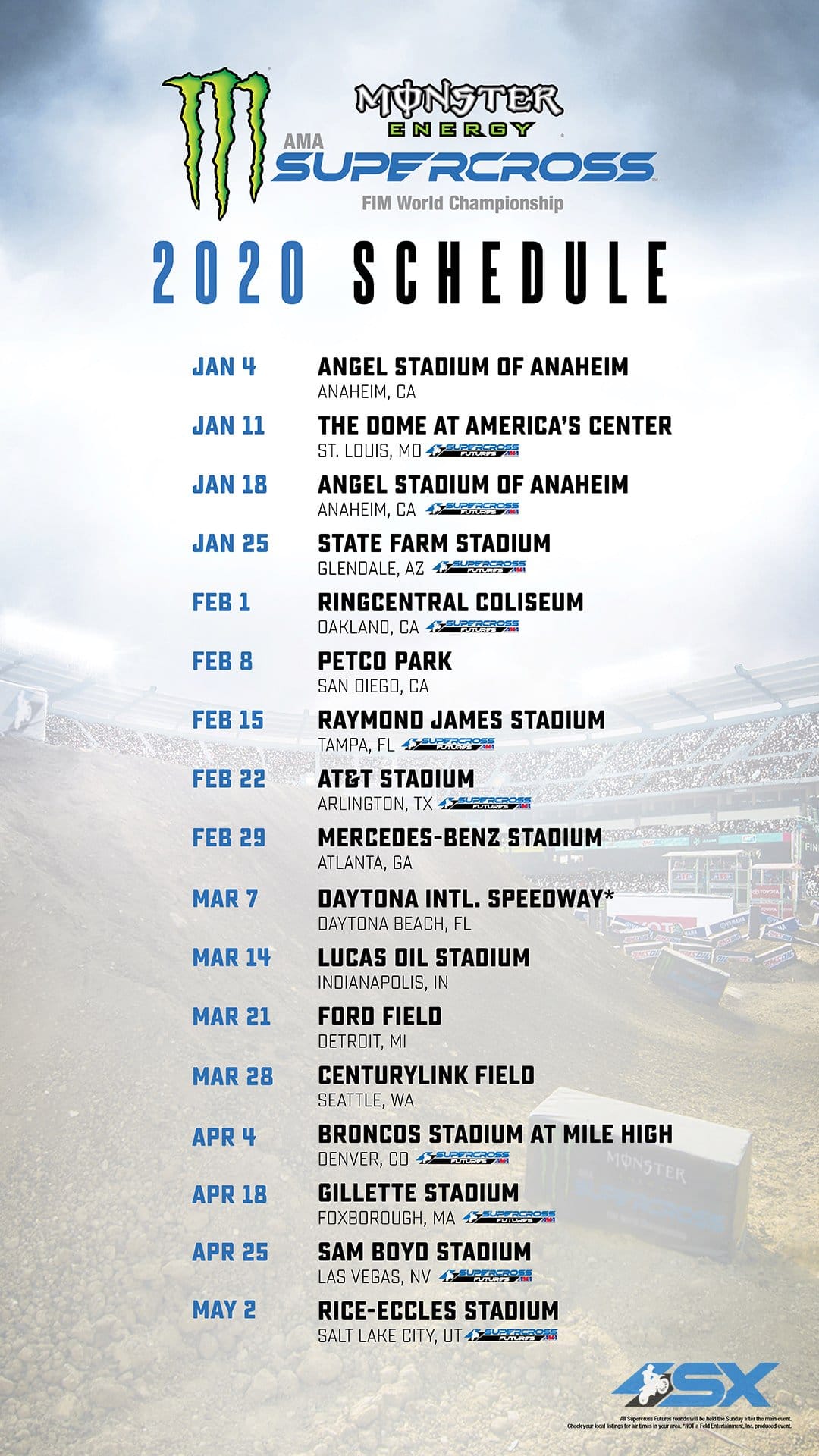 The series will have stops at four venues it did not visit in 2018, including The Dome at America’s Center in St. Louis, Mo., Raymond James Stadium in Tampa, Fla., Gillette Stadium in Foxborough, Mass., and Salt Lake City.

For more information on the AMA Supercross schedule, visit www.supercrosslive.com.