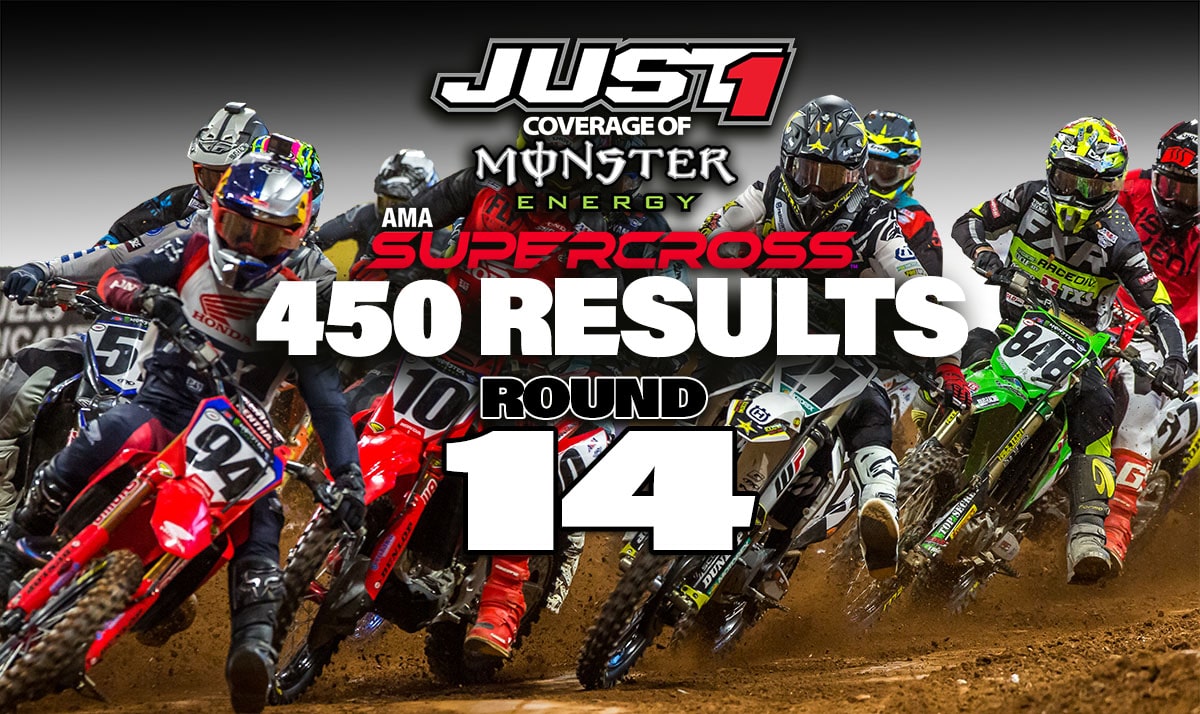 Red Bull KTM’s Cooper Webb dominated the main event from the front leading every lap aboard his 450SXF while championship rival Monster Energy Kawasaki’s Eli Tomac came from well outside the top 10 to finish on the podium in third place behind Rockstar Husqvarna’s Zach Osborne. Red Bull Honda’s Ken Roczen continues to struggle late in the race with breathing issues, he still finished a solid 5th place on the night. Headed into round 15 Sunday Eli Tomac has a 27 point lead over Cooper Webb and Ken Roczen is now 29 points behind Tomac. For more round 14 coverage click here.

Rockstar Husqvarna Zach Osborne got the hole shot but went backwards on lap one being passed by Roczen, Webb and Stewart. Red Bull KTM’S Cooper Webb made his way to the front but Red Bull Honda rider Ken Roczen kept him honest all race long. Webb would eventually take the win followed by Roczen, Anderson and Stewart. 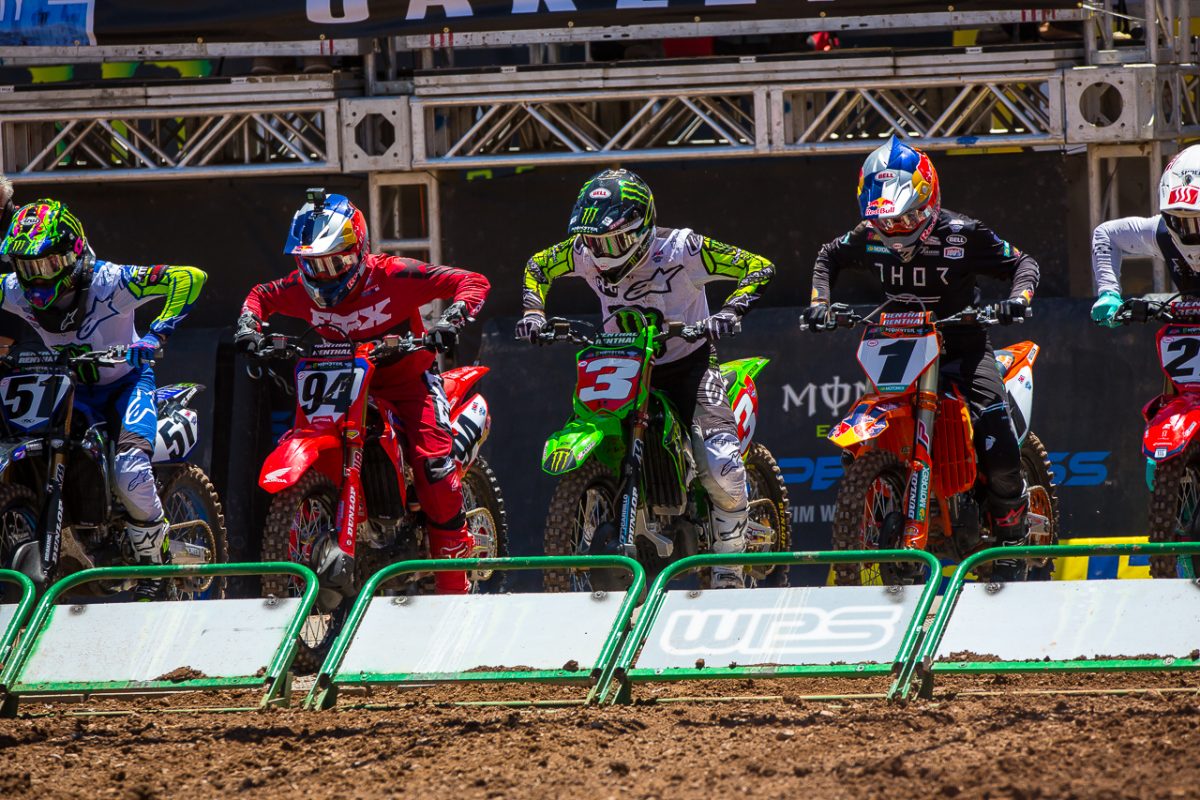 Points leader Eli Tomac started the main event outside the top 10 and had to charge the entire race. He would eventually round out the podium in third place. Red Bull KTM’s Cooper Webb would lead all 26 lap of the main event crossing the line ahead of second place rider Rockstar Husqvarna’s Zach Osborne. Black Baggett, Ken Roczen, Martin Davalos, Jason Anderson, Dean Wilson, Aaron Plessinger and Benny Blose made up the top ten.