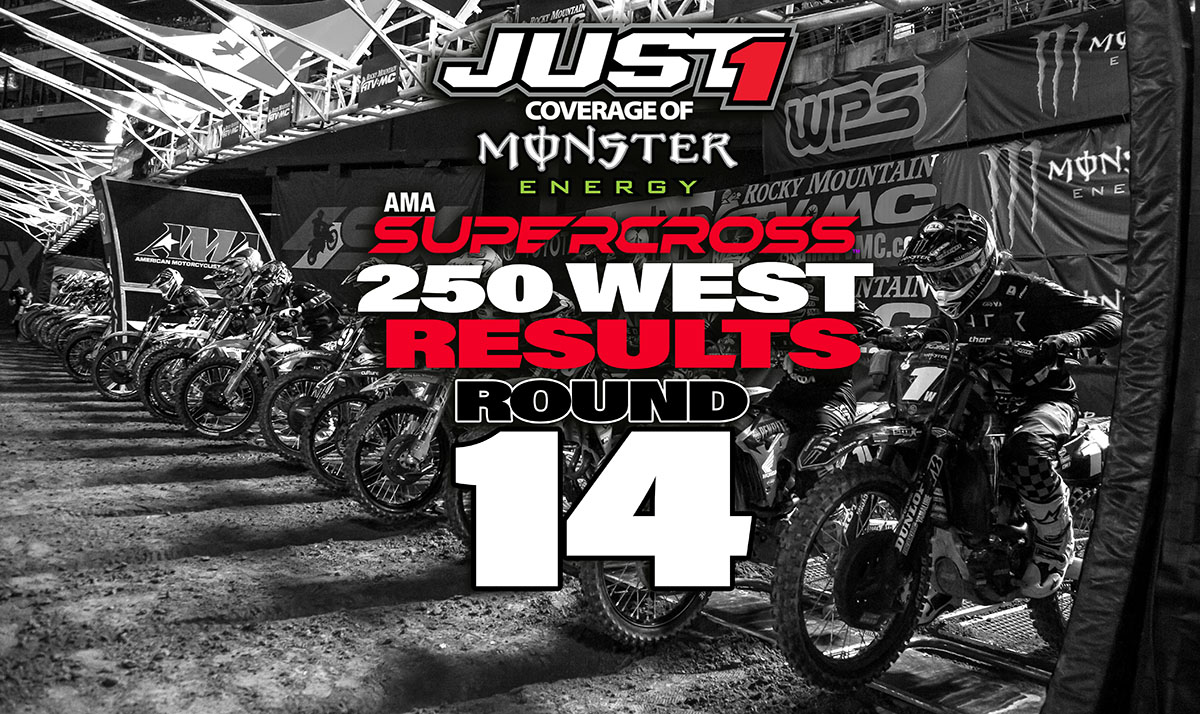 Pro Circuit Kawasaki’s Austin Forkner got out front early in the 250 west main event and dominated the entire race. With win he moves up from third in the points to second only 10 points out of the lead. Star Racing Yamaha rider Dylan Ferrandis had a rough day with some crashes but managed to come from behind in the main event to finish on the podium in second place. Forkner’s Pro Circuit Kawasaki teammate rounded out the podium in 3rd. Scroll down to see what happen on race day. Click here for full race coverage.

Star Racing Yamaha and defending 250 West champion Dylan Ferrandis grabbed the hole shot but was passed by Pro Circuit Kawasaki rider Cameron Mcadoo. Ferrandis clipped Mcadoo’s rear wheel and went down pushing him back to outside the top 5. While trying to pass Mcadoo for the lead Rockstar Husqvarna rider Michael Mosiman paused a little too long in a corner taking both riders down handing the lead and heat race win over to Geico Honda rider Christian Craig.

Star Racing Yamaha rider Justin Cooper edged out Pro Circuit Kawasaki’s Austin Forkner for the hole shot but was passed by Forkner right away. Kawasaki mounted Cameron Mcadoo made a pass into second at the halfway point. Points leader Dylan Ferrandis passed Mcadoo with around 8 minutes remaining in the race could not gain on race leader Forkner. Dylan Ferrandis would come across the line in second followed by Pro Circuit Kawasaki rider Cameron Mcadoo, Justin Cooper and Michael Mosiman.