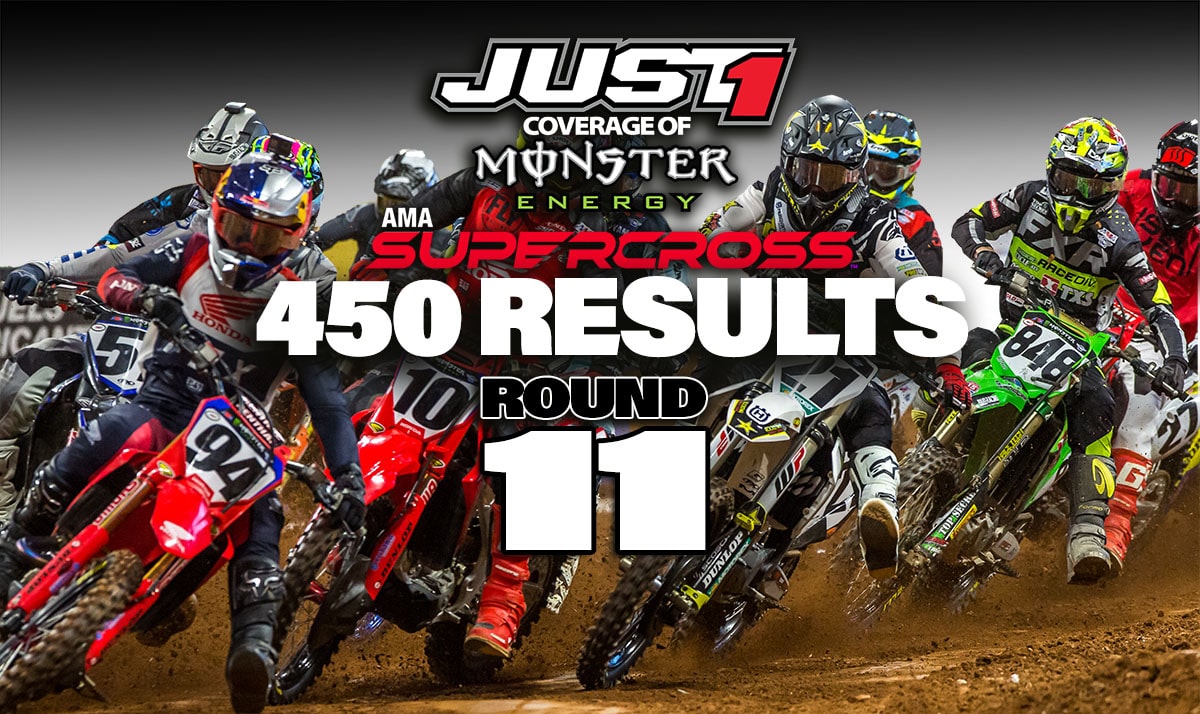 Monster Energy Kawasaki rider Eli Tomac picked up in Salt Lake City right where he left in Daytona. Winning! After hitting his downed teammate Adam Ciariarulo’s bike he fought his way past Honda mounted Justin Brayton and Rocky Mountain KTM’s Blake Baggett to take the win. Tomac was followed by Red Bull / Bull KTM’s Cooper Webb in second and Red Bull / Honda’s Ken Roczen rounded out the podium in third place.  With six rounds of racing to go Tomac leads rival Ken Roczen by 8 points and Cooper Webb by 32 points. Info and results from the day of racing are below. 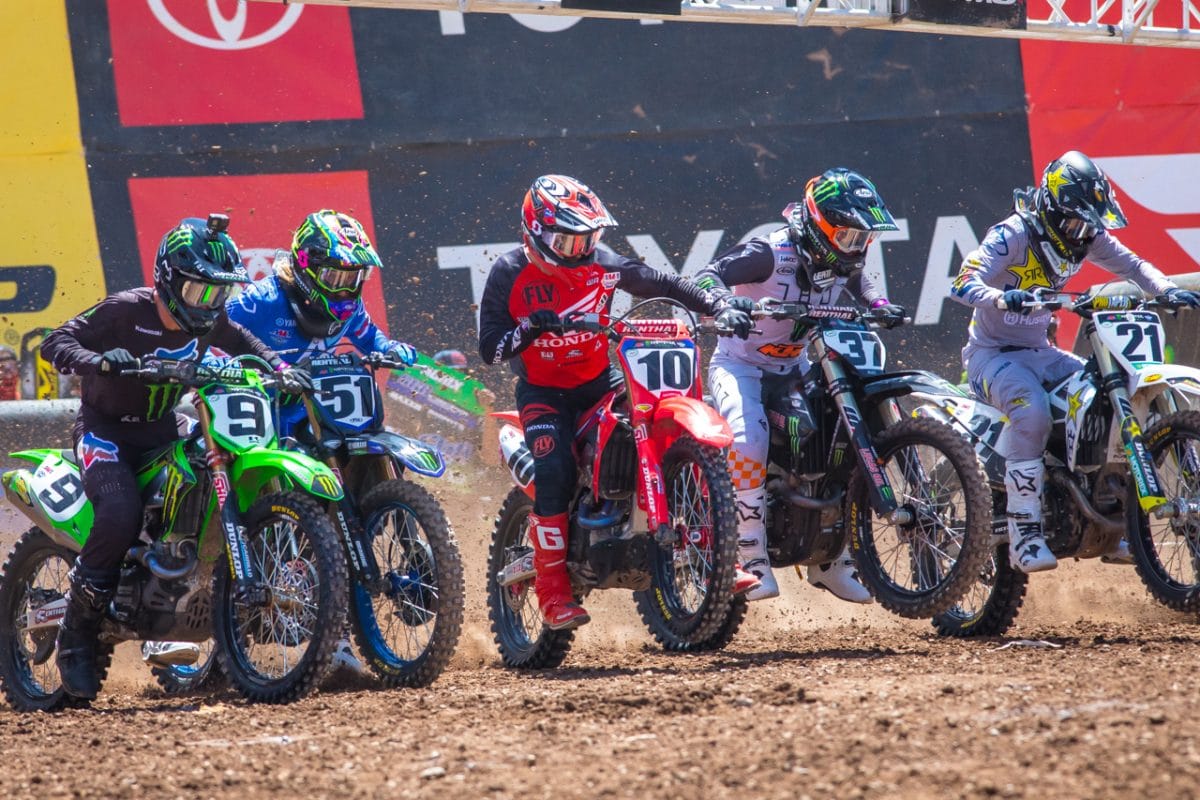 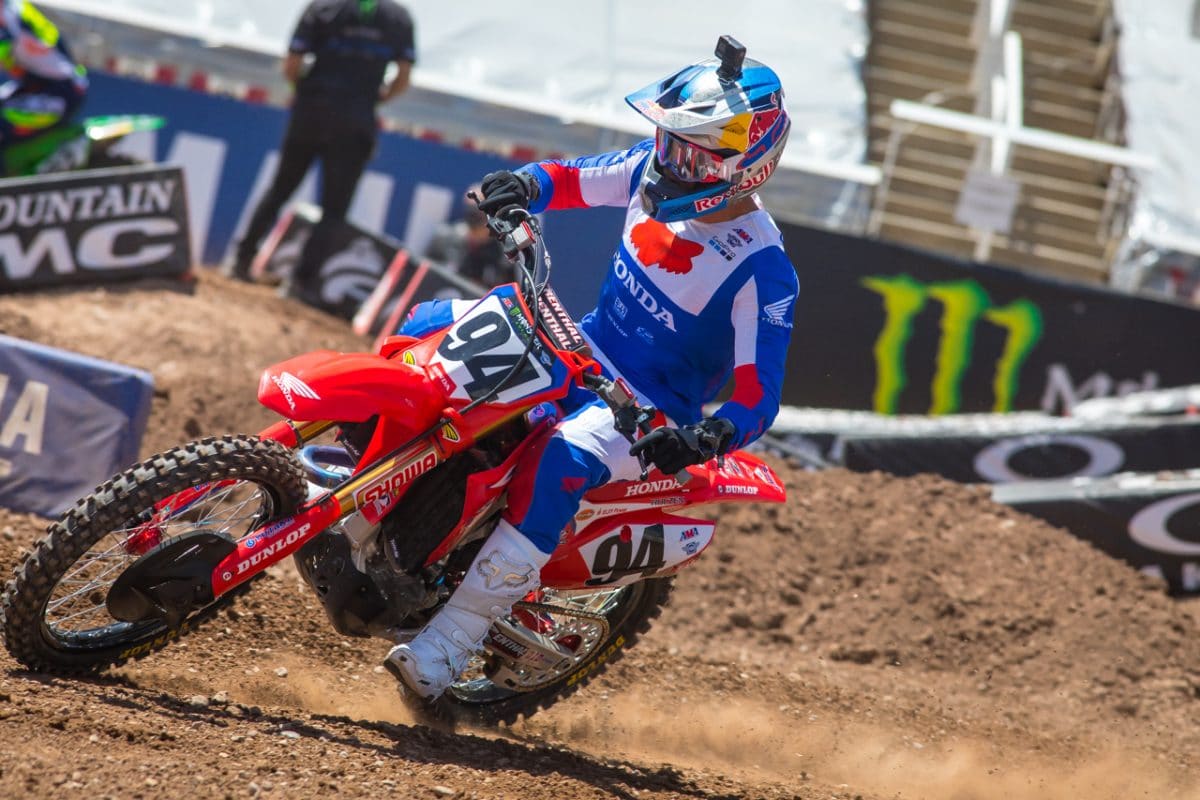 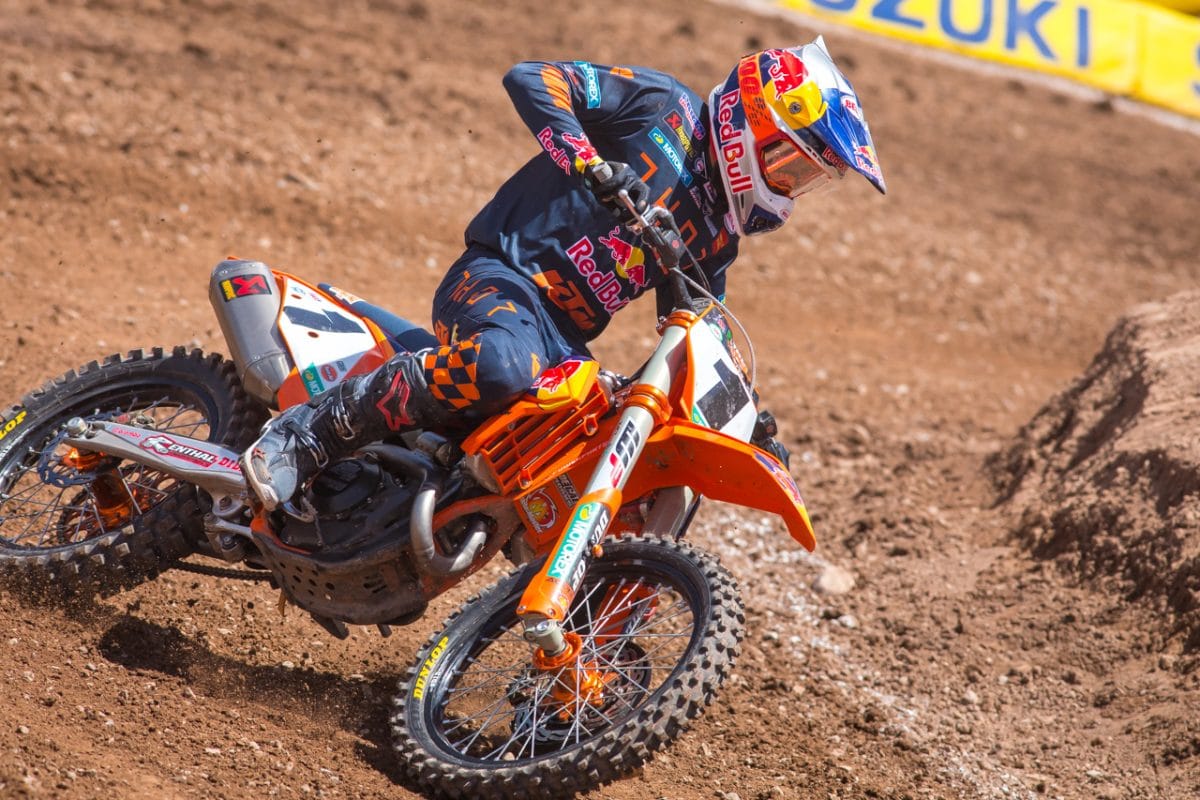 Suzuki mounted Breece got the holeshot but had some issues on the first lap loosing the lead only to charge back up front to be once again passed for the lead by Kawasaki mounted Alex Ray. Ray would take the win followed by Suzuki mounted Kyle Cunningham, Kyle Chisholm, Fredrick Noren and Carlen Gardner. 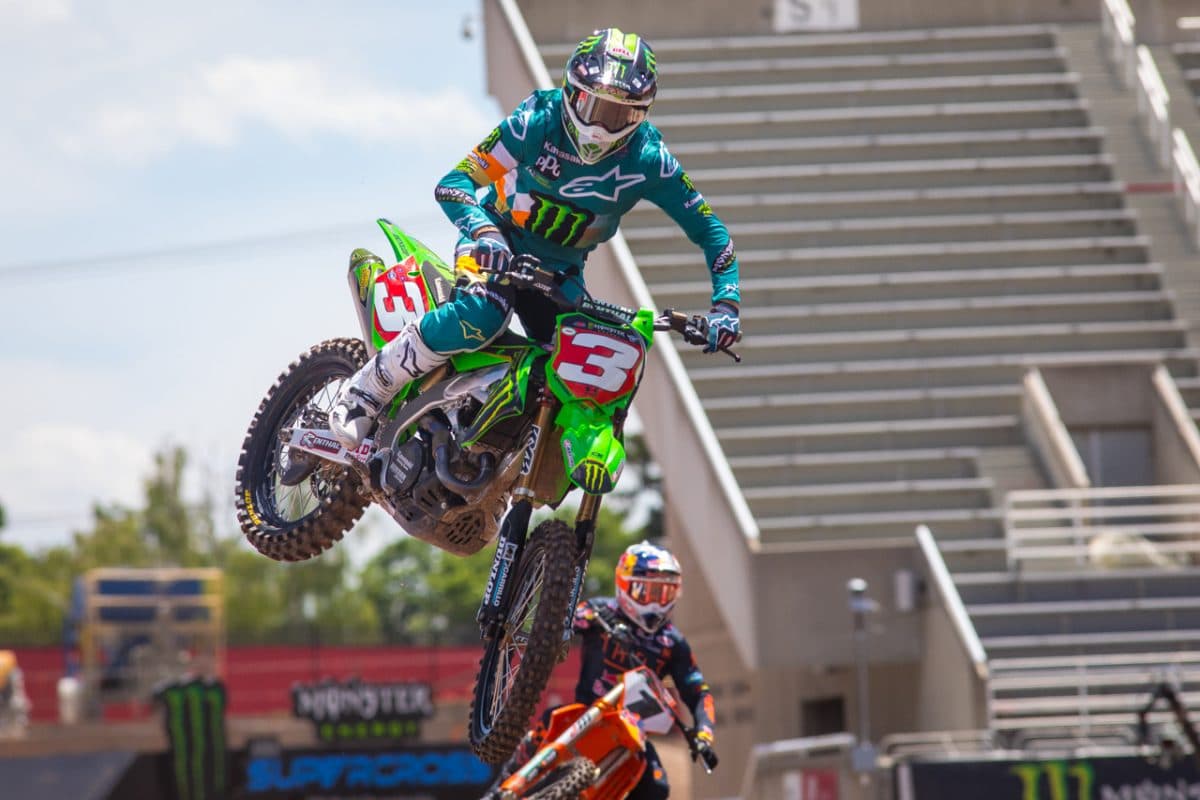 Rocky Mountain KTM rider Blake Baggett grabbed the holeshot ahead of Adam Cianciarulo, Vince Freeze, Justin Brayton and Eli Tomac. Cianciarulo would hit the ground hard on lap two and get ran over by Cooper Webb. He would eventually make it off the track under his own power. Eli Tomac would charge to the front passing Brayton and Baggettt aboard his Monster Energy Kawasaki to take the win earning some much needed championship points on his rivals. KTM’s Cooper Webb would come from just outside the top five to finish second while Honda’s Ken Roczen would round out the podium in third.