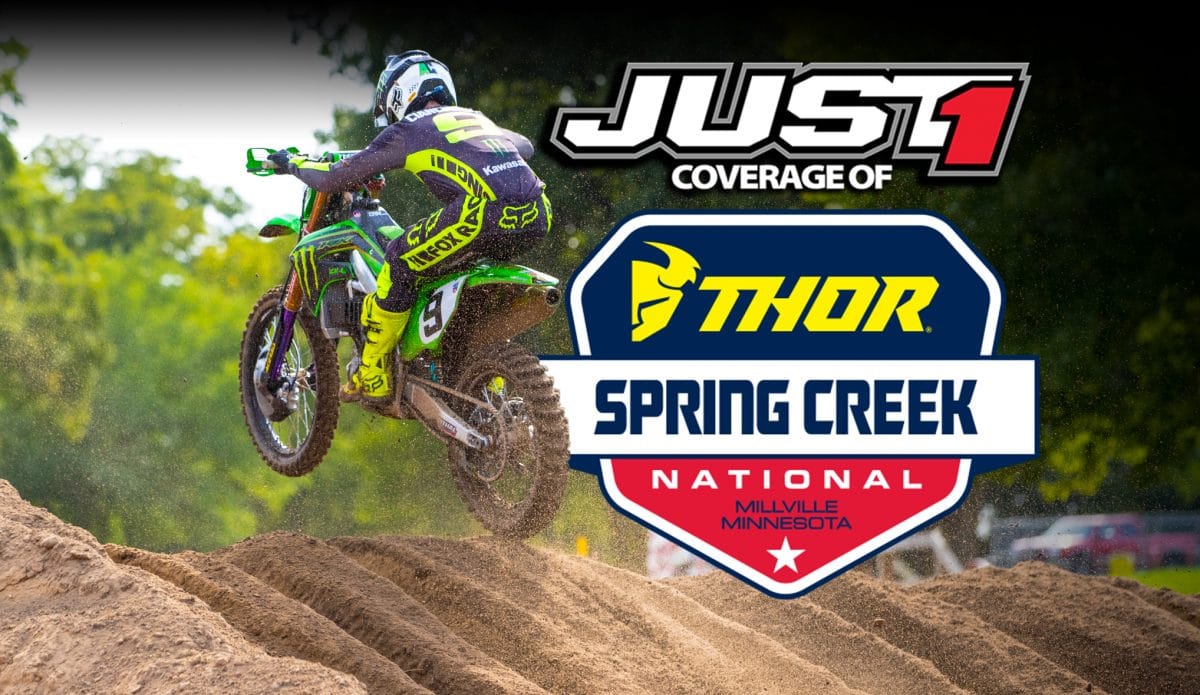 After a weekend off, the 2020 Lucas Oil Pro Motocross Championship heads into the final stretch at the Spring Creek Motocross Park in Millville, Minnesota for round six of the series. With only four of the nine rounds remaining, points are becoming harder to come by but just as easy to lose. Has the weekend off given riders enough time to turn their seasons around? Well, we won’t know that until after the motos, but here’s how they’re looking going into tomorrow’s racing: (for extended coverage of the 2020 Spring Creek National MX, click here)

It took less than ten starts for Adam Cianciarulo to capture his first moto win in the Pro Motocross series and only five rounds into his rookie season to earn his first overall victory, as well. The progress he has been building up throughout the season has been noticeable at each round, so it’s no surprise that his success has come this early. With a week break interrupting his momentum, can he keep the ball rolling into these final rounds?

The second round of racing at Red Bud was graced with a rare Chupacabra sighting, with Blake Baggett pulling off a surprise moto win during the final race of the double header weekend in Michigan. Although he grabbed the moto win, it was only his third top five moto finish of the season so far and ninth top ten, currently putting him sixth in the championship points. These top finishes are not coming as consistently as Blake would probably like, but you certainly can’t count him out at the end of the day.

Once again, Zach Osborne found himself on the box at not one, but both rounds of racing at the Red Bud MX track in Michigan a couple weeks back. His two strong overall finishes has helped extend his points lead even further, putting almost 30 points ahead of Marvin Musquin in second. With only eight motos left in the season, consistent rides like this will help with his strong championship hopes.

RJ Hampshire has been chomping at the bit all season long looking for that first overall win of the season and it finally came at the second Red Bud round just a couple of weeks ago. His two good rides at rounds four and five were a couple of his best so far, but they come after a string of unfortunate second moto finishes at the previous rounds. Hampshire may sit third in the championship and 46 points back, but as long as he can hold it together for both motos the rest of the year, he is still a strong competitor in this series.

Now nine points down in the championship, Dylan Ferrandis is running out of chances to take control of this 250 class championship. It’s hard to say that he needs to pick up the pace, because other than the first Red Bud round, Ferrandis’ worst overall finish has been a second. The Frenchman has had a bad case of bad luck throughout these motos, though, which has kept him off of that top step of the podium  at every round but the first. He is not out of the championship fight yet, but it won’t be won with these few poor moto scores.

Shane McElrath had some bitter sweet moto scores at Red Bud Two a few weeks ago. A tenth in moto two wasn’t where he’d like to be, but a stellar performance in moto one earned him his first moto win of the season, his first since August last year and his first aboard his Star Racing Yamaha. McElrath sits fourth in the championship and is still within two motos of the lead, so with eight more motos to go, anything is possible, especially when you have the potential to win motos.