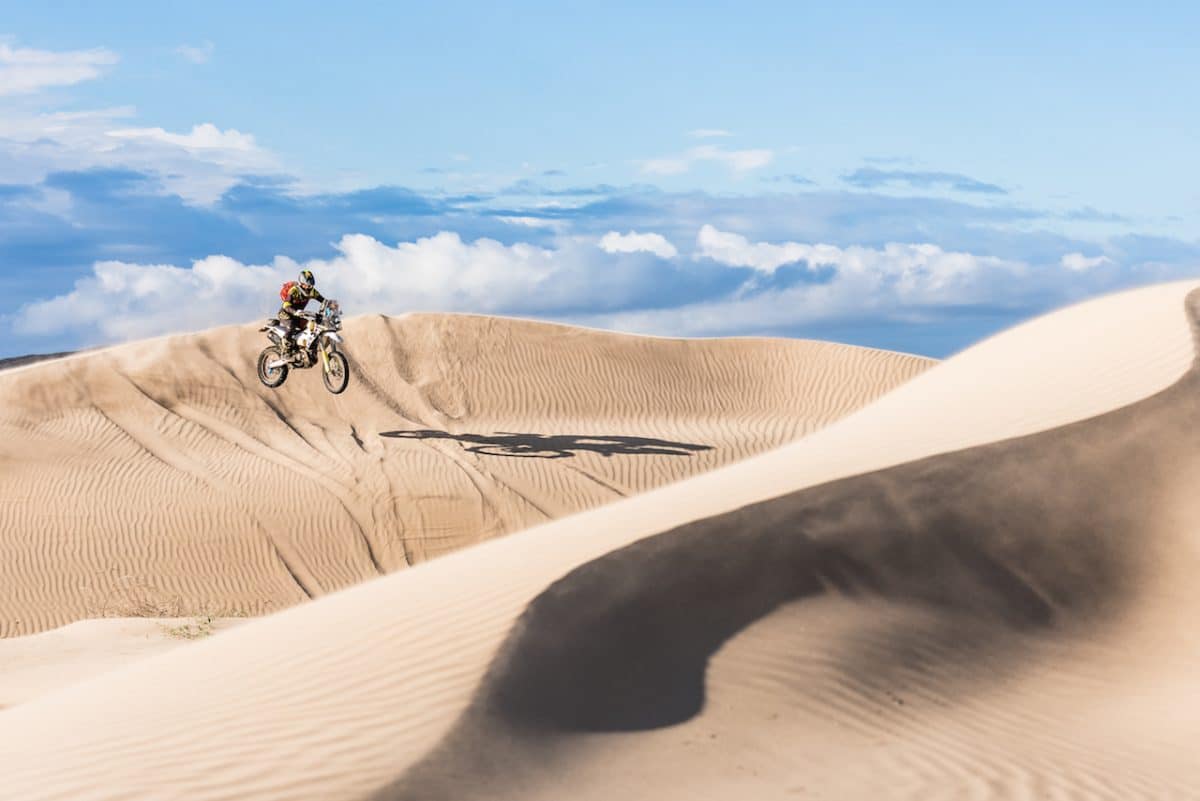 Day three of racing at this year’s Sonora Rally was the first day in the dunes and the action was intense. But it was only a taste. Cut short and starting early due to an impending storm, the racers criss-crossed the sand then wound through fast corners in the second section of the day. Pilots were given another chance to give it some gas before the road narrowed and forced some caution.

The wind howled all day. It slid across your face like a pumice stone adding icing to the multilayered cake of obstacles. When vessels weren’t buried below rows of wiry trees and blooming Saguaro, they darted over featureless mounds of sand catching glimpses of navy blue in the distance. It was the typical windswept Sonoran dunes, overlooking the sea and encompassed by sierras the event had traversed in the last few rounds – many of which are now a sawtooth silhouette in the distance. For each class so far, the battles have been quite close, concluding with mere seconds to determine the current, relatively unexpected, conquistadors. Skyler Howes (2) again beating out HRC’s Dakar Rally hero, and favorite in Motos, Ricky Brabec (1), for 1st in the stage.

“Today was everything I love packed into one stage. Fast, twisty, sandy trails through cactus. Dunes with tricky navigation…It had it all! I was having a blast just riding my dirt bike and ended up going fast enough to win the day, which is awesome. Leading out in the big dunes tomorrow is not ideal but still should be a fun day. That’s what I’m all about: keeping it fun.” – Leader in MOTO Pro, Skyler Howes (2)

“… super fun day now that we are getting to the desert floor with a bit more tricky navigation. Wasn’t keen to open today but some days we gotta bite the bullet and do our best. Tomorrow we are headed to the big dunes and after a bit of weather, tomorrow is gonna be a day of traction!” Ricky Brabec HRC.

Due to navigational mishaps by Colton Udall, Jim Pearson is now the front runner in The Road To Dakar class.