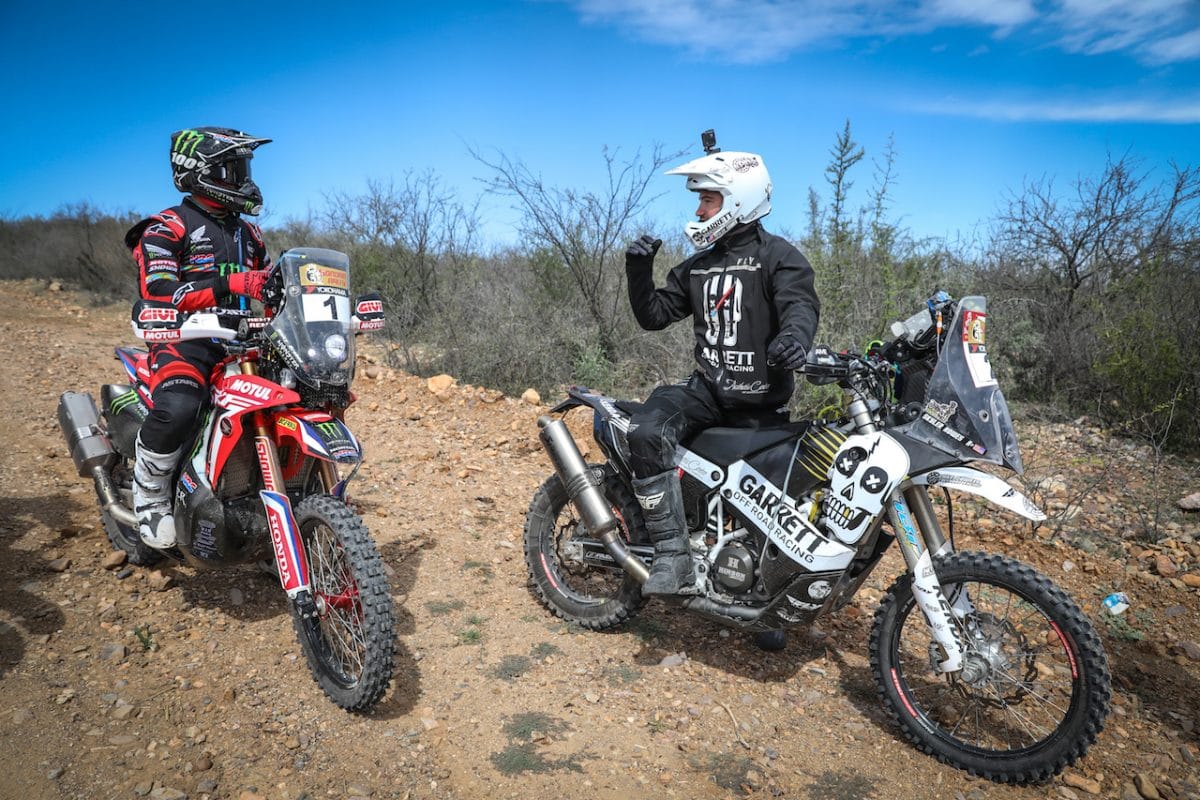 On day two of the 2020 Sonora Rally factory Honda pilot Ricky Brabec charged to the front of the field and held that position ultimately taking the win and moving up in the overall standings . Day one winner Skyler Howes crossed the finish line in second behind Brabec and sits in the overall lead headed into day three of racing. Former Baja champion Colton Udall officially came across the line in third moving him into the front runner position of The Road To Dakar class.

Skyler Howes crossed the line second aboard his Husqvarna and is still in the overall lead headed into day three of racing.

Colton Udall continues to run strong in the overall ranking aboard his Honda. He now leads The Road To Dakar class.

Baby-faced newcomer 17-year-old Mason Klein #11 really shocked the crowd on day two. Unfortunately, the rookie is still getting the hang of his roadbook competing in only his second event. Klien made a couple wrong moves on day one taking him off course which resulted in a DNF.  Eager to gain experience, he tried again, figuring out his mistakes well enough to cross the line as the unofficial third finisher on the day. Klein might not be in the official running any longer, but he’s a rider to keep your eye on.

THE GENERAL GNCC VIDEO HIGHLIGHTS: WHAT A FINISH!