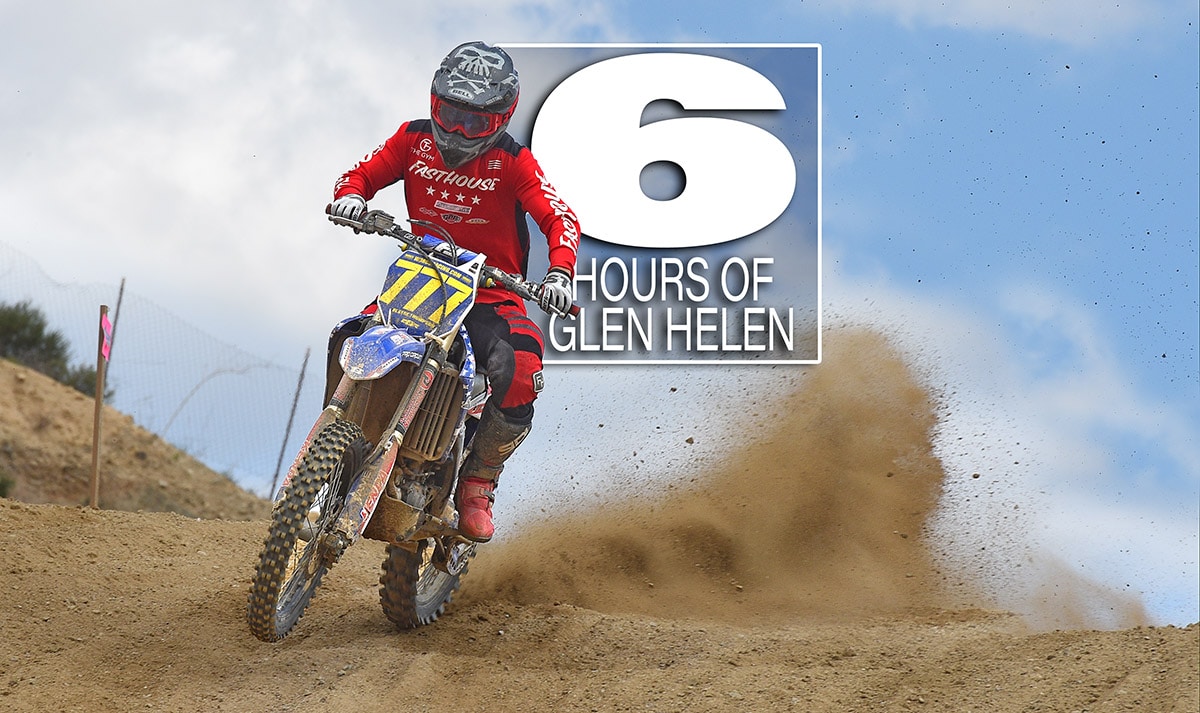 Blayne Thompson was the wire-to-wire winner of the 3 Bros Six Hours of Glen Helen for 2020, riding the entire event solo. The event has a large ironman class, but Thompson decided to go head to head with the teams of the Open Expert class, riding with only the support of his Chidester Transport Yamaha pit crew and family.  He got the start and set a fast pace from the very beginning of the race. The expert team of Nick Stover, Thomas Dunn and Shane Logan were never that far behind, hoping to simply wear Thompson down in the course of the day. It almost worked–with a half hour left in the race, they were within 10 seconds of the lead. Thompson was clearly keeping an eye on the Stover team and picked up the pace at the end of the race. His last lap was one of his fastest. Thompson finished with a 34-second lead, competing 22 laps around the 9-mile course. The only other teams to finish on the lead laps were Stover’s and the Tyler Nicholson/Klarke team, which won the Open Intermediate class.

The Ironman class was massive, and will probably have to be subdivided by skill levels next year. Conner Kilmartin led the entire way,. but Wes Nemec had an impressive ride , as well. He suffered a number of setbacks early in the race, and then steadily worked his way up to second by hour six. Brandon Peterson of AHM was a solid third. For full results,  go to Glen Helen.com