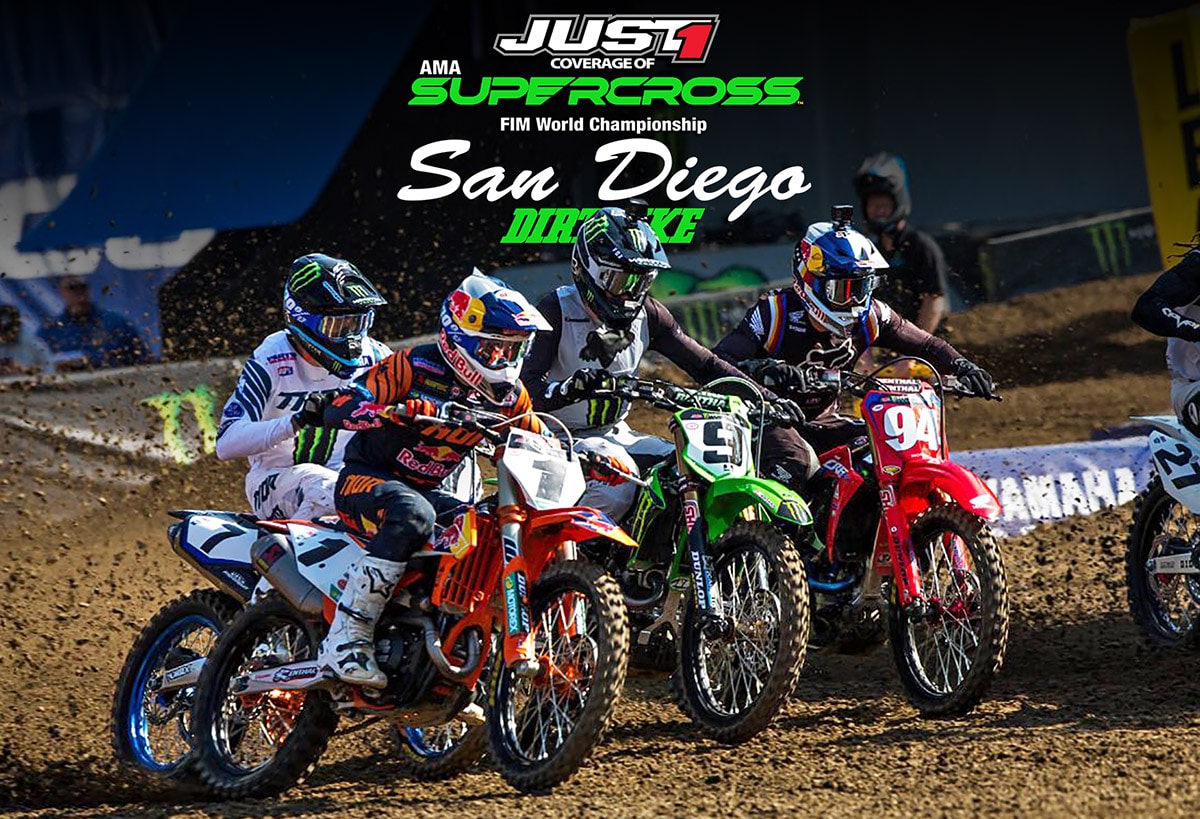 Round six of the 2020 Monster Energy AMA Supercross series will be held in San Diego at Petco Park this weekend. It is the sixth year in a row for Supercross in the seaside stadium after moving from its past venue of Qualcomm Stadium. If you put both locations together, San Diego has one of the longest traditions in the series, going back to 1980 when Mike Bell won. In 2016, Petco Park hosted two rounds of the series, both of which were won by Ryan Dungey. More currently, Eli Tomac won the 450 class and Adam Cianciarulo won the 250 West in the mudbath of 2019. For extended coverage of the 2020 San Diego Supercross, click here. 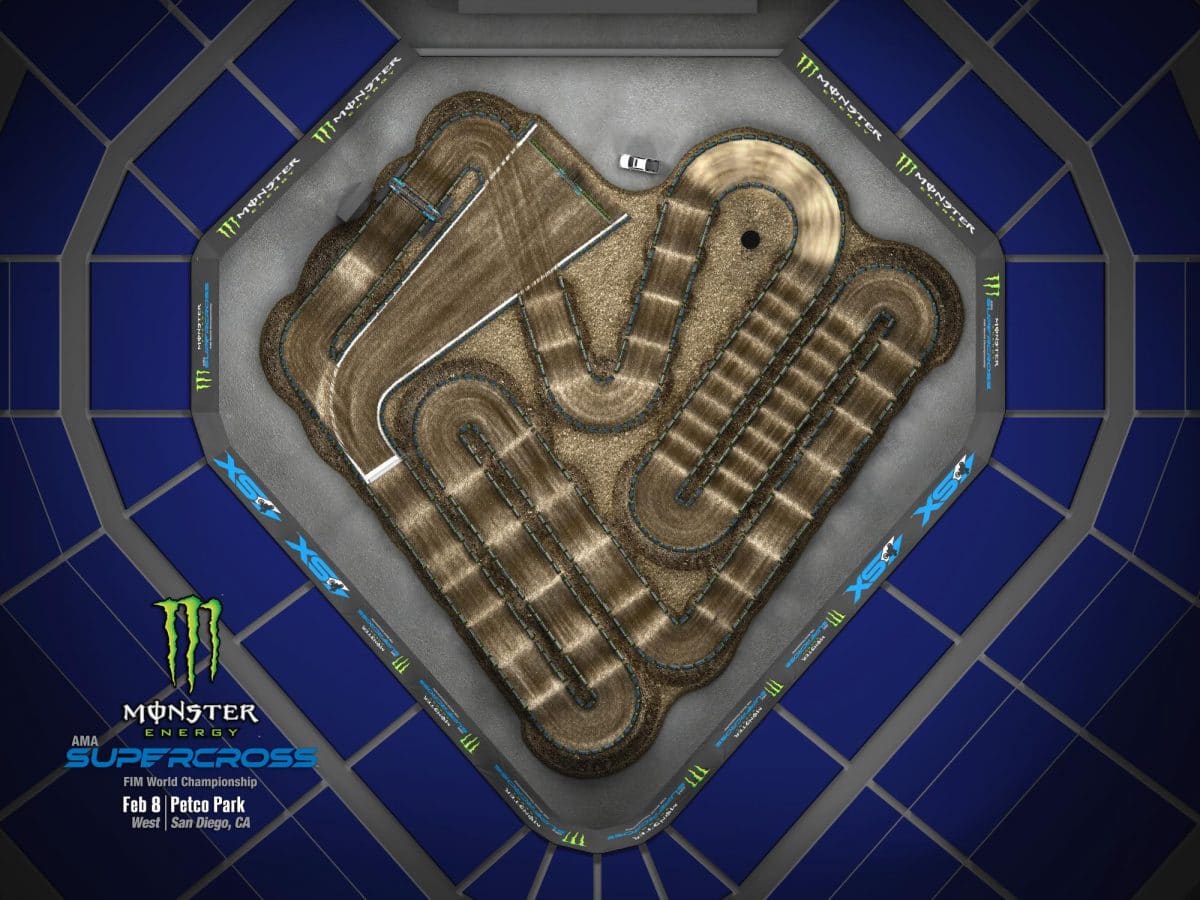 The aftermath of the San Diego Supercross last year was one of painful controversy. Many of the riders developed severe burns and privateers complained that much of their equipment was irreparably damaged. The organizers had mixed large quantities of lime with the dirt in order to facilitate dryer conditions. The lime caused problems for both men and machines. Feld later offered privateers compensation of $5000 each.

This year, the 450 class will see a continuation of the on-going battle between Eli Tomac and Ken Roczen. Adam Cianciarulo has been the fastest man in qualifying in all five previous races, but has yet to win a main event. The two riders who have looked ready to win in the last two rounds have been Blake Baggett and Cooper Webb. So far Baggett has hit the ground a number of times, and Webb seems to take too long to find his speed each night. Early points leader Justin Barcia is still in the hunt despite blowing a motor in Oakland. He won the LCQ but sturggled in the main. He said this on Instagram: “Sometimes the result doesn’t show the true ride and effort that went into a race! I had a lot of challenges to overcome that were thrown at me in Oakland, I was having a good heat race and had a mechanical on the last lap… my guys changed an engine in no time and we were onto winning the LCQ. I knew I had my work cut out for me on the farthest outside gate in the main event. I put on one of my best rides in a long time, charged through a lot of great racers made clean racing passes and finished p6. Honestly the confidence boost I got from Saturday night is huge so I’m very excited going into the San Diego round!”

In the 250 class, Dylan Ferrandis will get to wear the red plates of the points leader in San Diego. He’s still serving a 12 month probation for tangling with Christian Craig at A2. He had a moment with Austin Forkner in Oakland, but all was forgiven afterward. Forker: “I would have done it too. That’s racing.” This class is still a three-man show between Ferrandis, Forkner and Justin Cooper. Michael Mosiman proved he can run with them in his heat at Oakland, but imploded in the main. Fun Fact: Mosiman will probably win before the year is done. 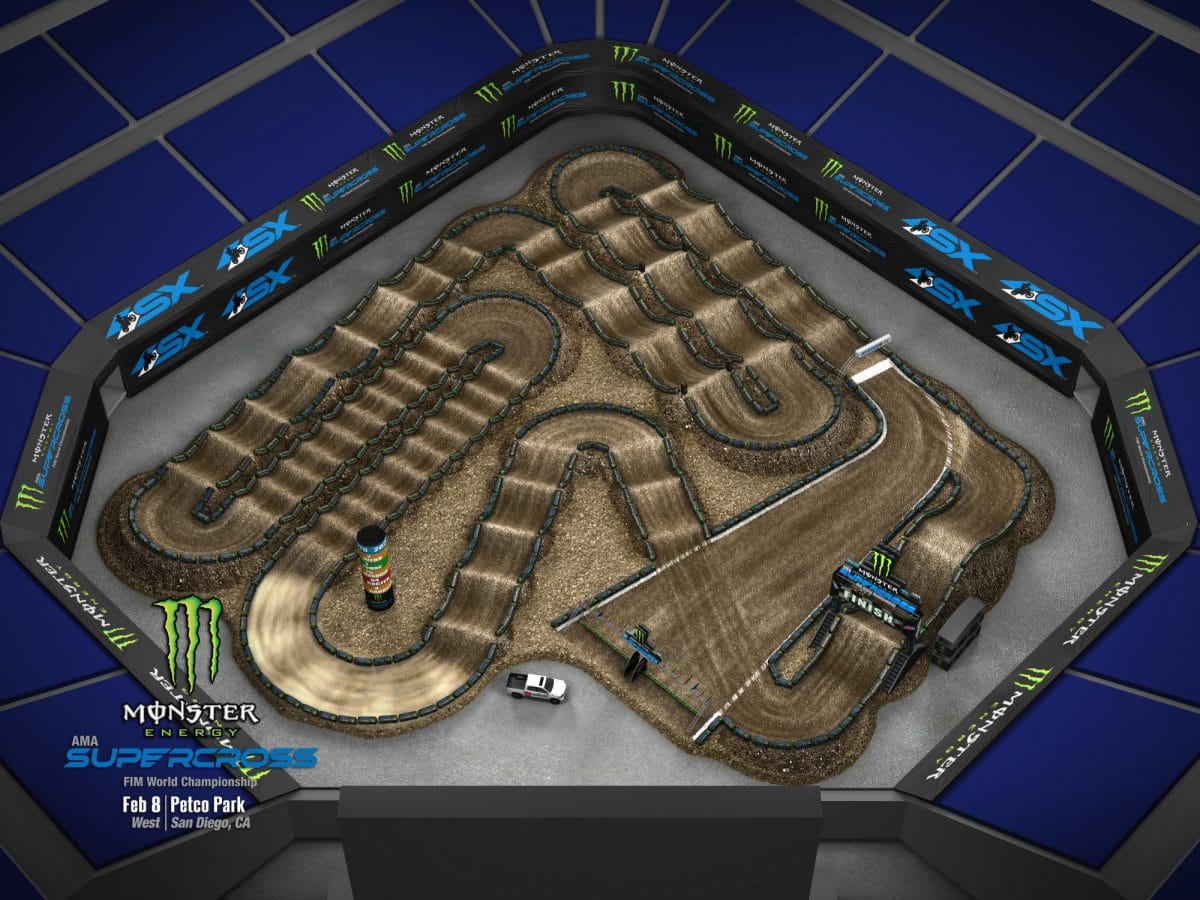