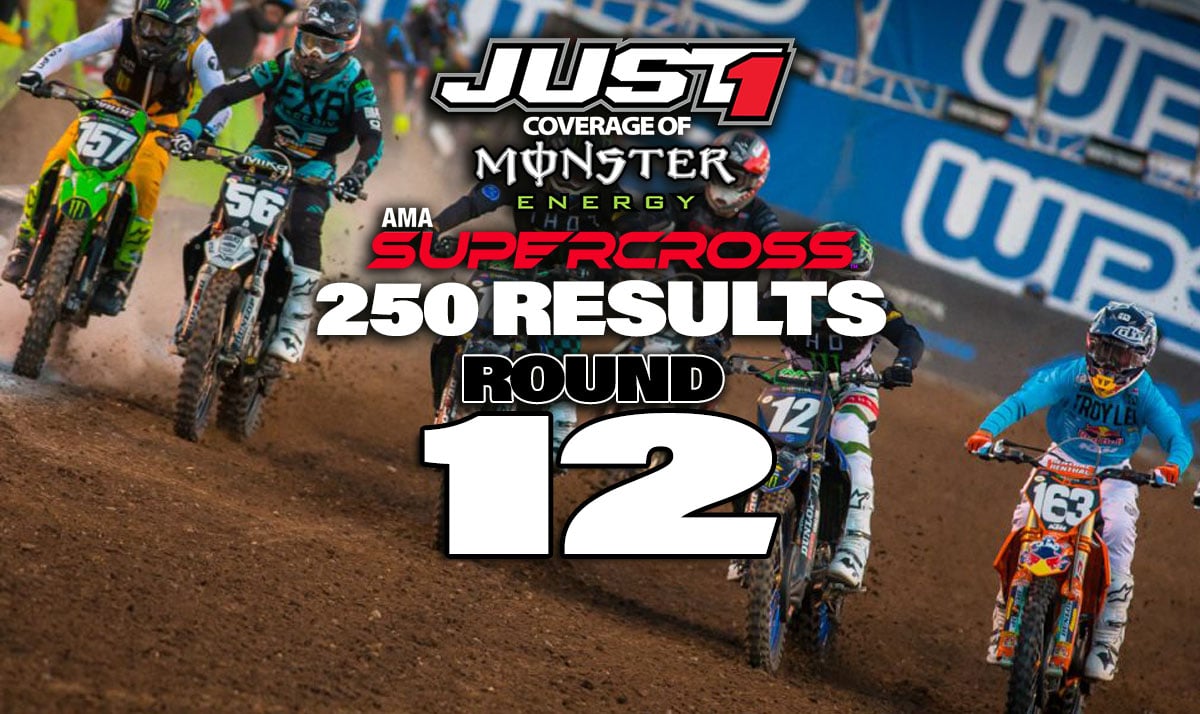 The showdown between Chase Sexton and Shane McElrath continued as the 250 East riders lined up for the second consecutive race at Rice Eccles Stadium in Salt Lake City. The points are now tied, with McElrath taking another main event, but Sexton might well have turned in one of the most impressive rides of his career. He went down early and had to fight his way back to the front to keep a piece of the red plate. For extended coverage of Monster Energy Supercross, round 12, click here.

Chase Sexton got the holeshot with Garrett Marchbanks soon tucking into second. On the second lap, Enzo Lopes went down hard while racing for third. Before long, the race was a blowout, with Sexton checking out and Marchbanks all alone in second. It was a full 10 seconds back to third place Kyle Peters by the time the white flag came out. In the end, it was Sexton, Marchbanks, Kyle Peters, Chris Blose, Jace Owens, Chase Marquier, John Short, Lorenzo Locrucio and Jo Shimoda crossing the finish line.

Shane McElrath started off up front as expected. Pierce Brown was doing well until he went down on the second lap, leaving the order McElrath, Colt Nichols, Justin Starling, Jeremy Martin and Jalek Swoll. Nichols bobbled at the halfway mark, but only lost a few spots. Martin was four second back in second when McElrath made an off-course excursion with four laps to go. In the final laps, the race was evenly spread out, but there was some excitement in watching Brown work his way up. On the final lap, he passed two riders to finish eighth and make the main with one place to spare. Jerry Robin got that final spot. 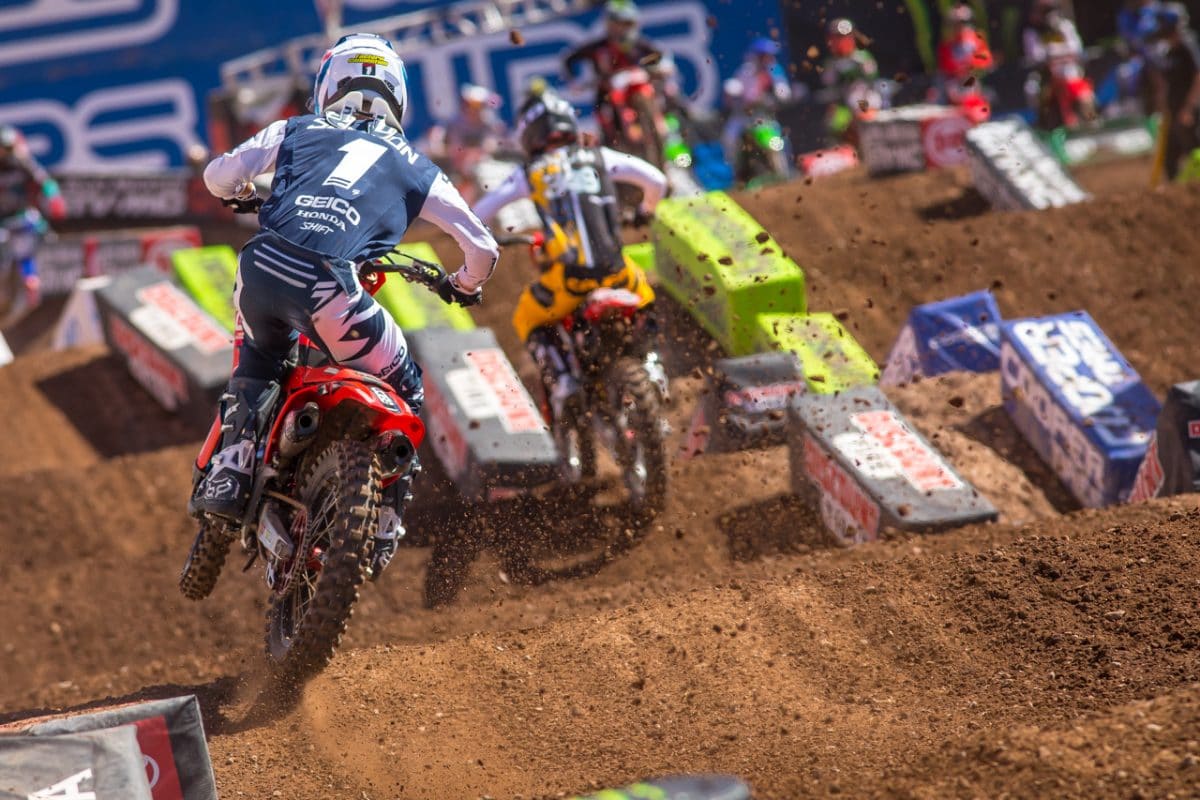 Colt Nichols got a fantastic holeshot with his teammate Shane McElrath in second. Chase Sexton  was fourth, but crashed and was hit by Piece Brown on the second lap.  He remounted all the way back in 17th place.  Nichols and McElrath began to check out with Jace Owen in third. It didn’t take long for Sexton to get into the top 10. His teammate Jeremy Martin soon moved into third, so at least Sexton had an ally up front. McElrath passed his teammate Nichols before the halfway point in the race and picked up the pace slightly. But Sexton was moving up quickly and soon found himself in fifth, with only Jalek Swoll, Martin and Nichols between him and his primary rival. With three laps to go, Sexton was in fourth, 7 seconds behind Martin, who in  turn, was 10 second behind Nichols.  That was too much to make up, and Sexton minimized his damages and will come back to battle on Sunday.