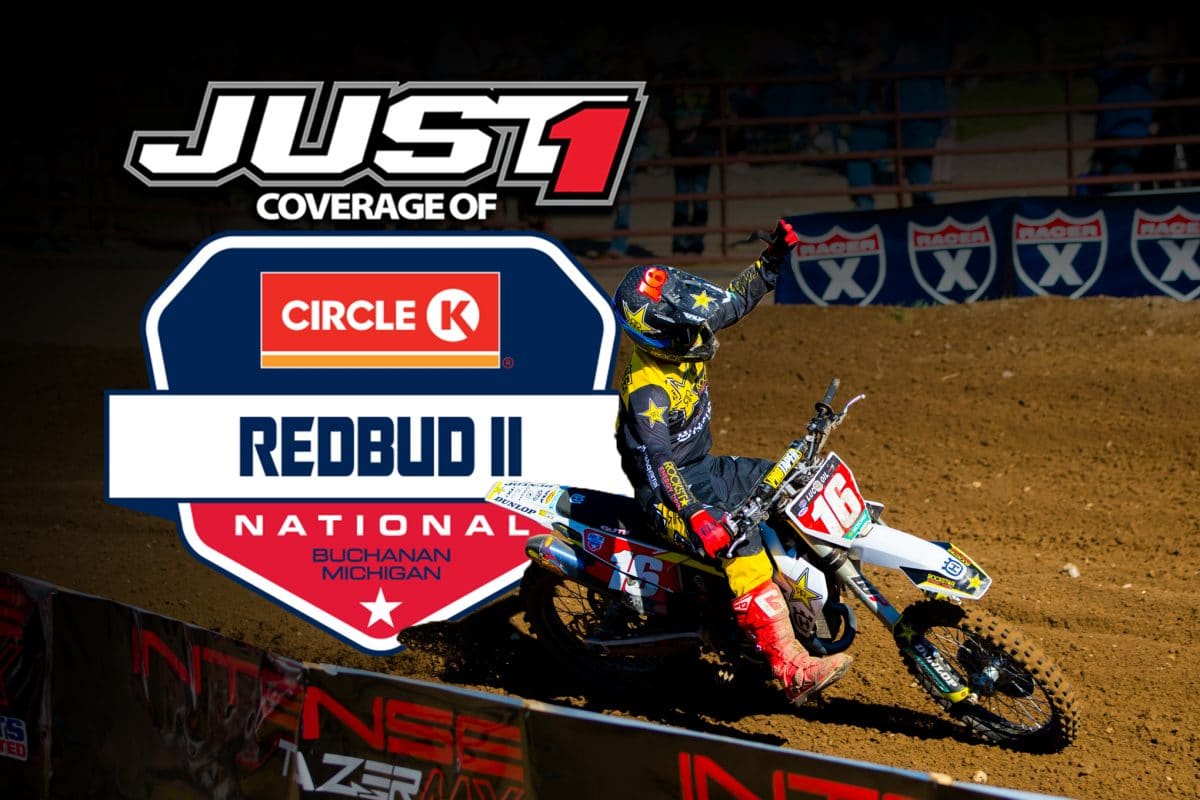 Does anyone else feel a strange sense of Déjà vu? No, you’re not imagining it, Pro Motocross is back at Red Bud starting tomorrow morning for the second time in just three days for round five of the championship. On Friday, many riders rebounded from disappointing rides at Ironman, some had much more miserable rides than they had experienced yet this season an others just seemed to remain in the same funk they’ve been in from the very beginning. Here’s a look into what you should expect going into tomorrow’s racing: (for extended coverage of the 2020 Red Bud Two National, click here)

After the ride he had on Friday, there is no doubt that Zach Osborne is currently the rightful owner of that red plate and points lead. His ride at round three at the Ironman Raceway might have had few wondering if he had just gotten lucky in some strange conditions at those first two rounds, but two holeshots and moto wins at Red Bud One should’ve been enough to put them in their places. He seems to have figured out something or acquired some newfound confidence that wasn’t already present in his life. With how he rode at round four, he is more than able to repeat that success the second time around at Red Bud.

Factory Honda’s Chase Sexton has been slowly but surely improving his results as the season presses on. His speed obviously hasn’t been the issue, as you remember he was the fastest qualifier at round one and was leading laps until he took a spill. There’s just a bit of a learning curve when you jump in with the big boys of the 450 class, which he has done extremely well. The more experience he gets, the better it seems he’ll do. With how he handled Red Bud on Friday, he should be back toward the front again at round five.

Justin Barcia has certainly been impressive so far throughout this abbreviated Pro Motocross series, and the first round of racing at Red Bud was no different. He looks like he has finally started clicking with his YZ450F in the past few months or so and is only getting more comfortable the more time he spend on it. At Red Bud One, he came across the line in the first moto in sixth, which is still great considering who the top six have been all season. Then, he battled hard through the second moto to take second for the moto and third overall for the day, his best so far in this championship and his first overall podium since he won the final at Ironman back in 2018. Whatever he’s doing now is obviously working for the number 51.

Dylan Ferrandis is easily one the fastest, if not THE fastest, rider in the 250 field currently. Unfortunately for him, things keep just jumping out and biting him in the butt. Bad news for Ferrandis, but good news for Jeremy Martin, as he has been able to take advantage of Dylan’s misfortune to take two overall wins in a row now. On top of that, Martin has now not only taken over the points lead, but has also gained a 12-point gap over the Frenchman. There’s no real way of telling how the two will end up at the end of tomorrow, but with the way things are going, Jeremy definitely has had good luck and consistency on his side.

RJ Hampshire is another one of those wildcard guys that nobody really had on their radar coming into the 2020 Pro Motocross series after he departed the Supercross season early this year, but he has been riding with a lot of intensity and running up front more often than not. He even scored himself the first moto win back at Loretta Lynn’s Two. Then at our first round of Red Bud, he pushed his way through the pack to end up 2-5 on the day. He’s more than capable of being a force out front again tomorrow.

It seems like Shane McElrath is always finding himself just off the podium by a little bit of a margin. He’s been pretty consistently inside the top five for half of the motos so far, but only just scored an overall podium a couple of days ago at Red Bud One. Based on his result that day, he just needs a good start, which we really only saw him get at the first two Loretta Lynn’s rounds. Once he did get another good start, like on Friday, he was able to run up in second for third overall on the day. If good starts are on the menu for Shane tomorrow, he should be able to have another solid day.