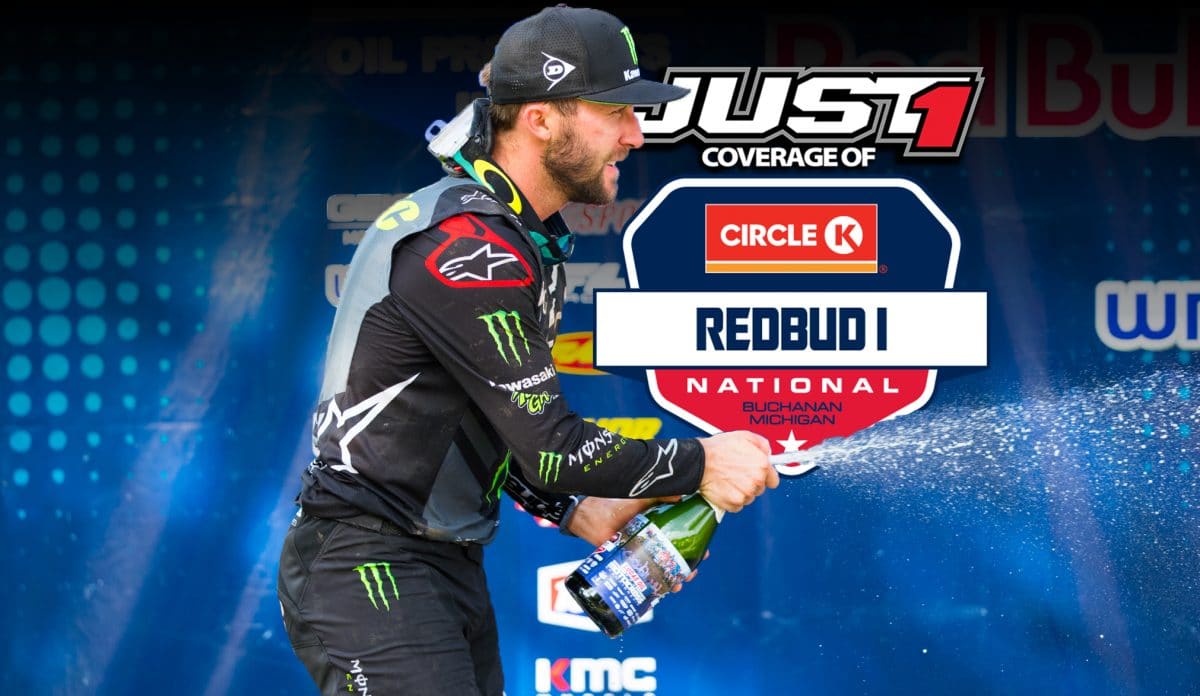 A third of the way into the series, we are heading up to Red Bud MX for round four of the 2020 Lucas Oil Pro Motocross Championship in Buchanan, Michigan. Last weekend in Indiana, we saw some big cuts into both class championship points leads as well as some new moto winners for the 2020 season. We are also doing things a bit differently this weekend, mainly the fact that the racing isn’t even on the weekend, which in reality isn’t the weirdest thing that has happened so far this year, nor is this the first time we’re seeing it occur (nor will it be the last). So, before we go racing let’s get into what to look for tomorrow: (for extended coverage of the 2020 Red Bud 1 National MX, click here).

As far as the championship standings go, nothing physically as changed up front and Zach Osborne continues to lead the 450 field into the fourth round of the championship. After a tough weekend at Ironman, Eli Tomac, Marvin Musquin and Justin Barcia were able to take a considerable chunk out of Osborne’s lead, but he still sits 13 points in front of Musquin and more than a moto’s worth of points over Barcia and Tomac.

After a dismal first two rounds of the series, Monster Energy/Kawasaki’s Eli Tomac finally had the type of ride that we have come to expect from the three time champion. He still has a pretty sizable gap to cover before being close to the championship lead, but with weekends like he had last week it’s definitely not out of reach by any means.

Red Bull/KTM’s Marvin Musquin began his third round of racing last week similarly to how he had last year, by taking a dominant first moto win. Instead of heading home with injury in moto two, though, he instead finished out the day this year and come home in second overall. He was also able to take advantage of Osborne’s disappointing result to move within 13 points of the current leader.

I think a lot of people had written Justin Barcia off after he didn’t back up his monstrous first moto win at the second Loretta Lynn’s National. Hopefully his performance during the second moto at Ironman Raceway brought him back onto their maps, as he fought tooth and nail with Tomac for that moto win, coming up just short in the end. There’s no telling where he might finish tomorrow, but there’s also no doubt it could be up front.

Tomac’s teammate, Adam Cianciarulo has turned himself into Mr. Consistent as of late, finishing inside the top five during the last four motos of the season. He may just sit fifth in the points chase, but being able to finish as well as he does as often as he does, with the added factor of being able to lead motos is a dangerous combination for his competition.

Our opening 450 moto winner of the 2020 season, Jason Anderson, will unfortunately be missing the next few round of the Pro Motocross Championship. During the first moto last weekend, he began feeling some discomfort from a plate in his arm from a previous injury, ultimately having to pull out of the motos and have the plate removed this week. 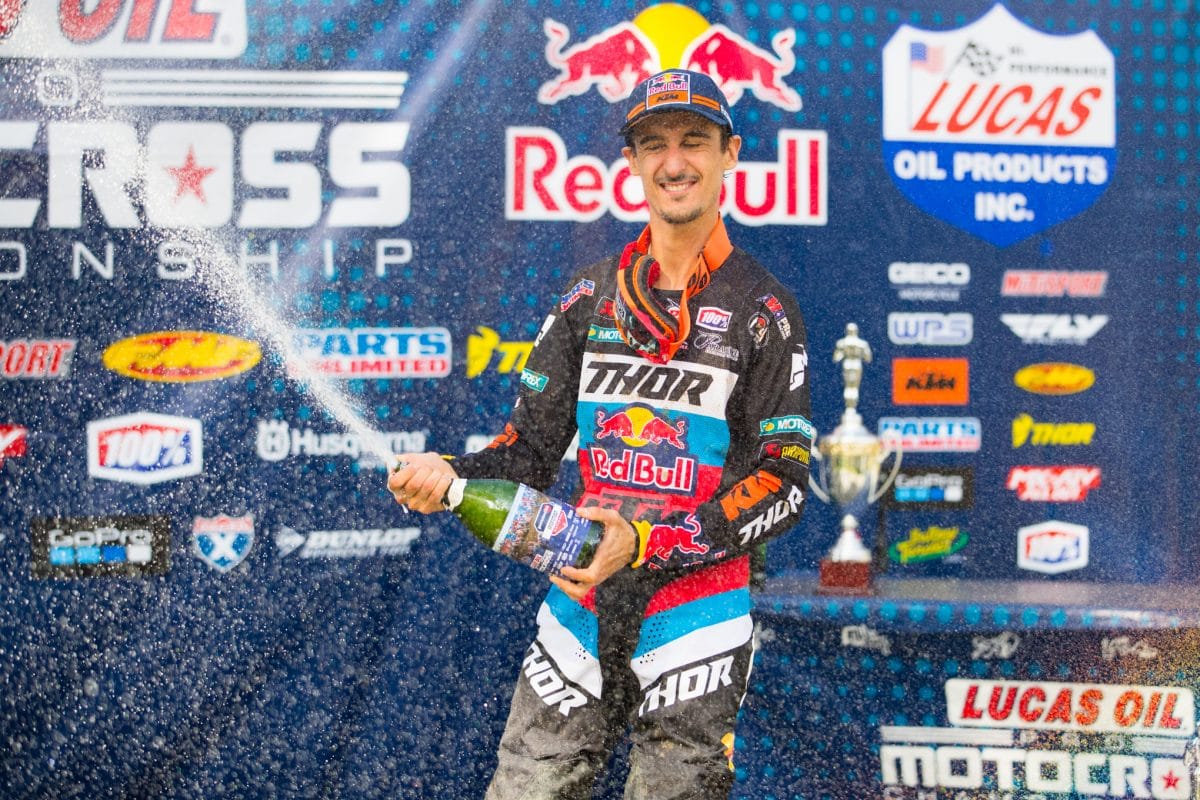 Same as in the 450 class, current points leader Dylan Ferrandis has held onto it tightly throughout the running of the series so far this year, but also lost some ground to Jeremy Martin after an almost disastrous second moto at Ironman last weekend. A crash in the first turn with his teammate Shane McElrath left him in dead last, but he charged hard through the pack to still finish the moto in third, second overall for the day.

Factory Connection/Geico/Honda’s Jeremy Martin took the 250 class overall last weekend with his 2-1 moto scores. Although he was given a little gift from Ferrandis’ first turn crash in the second moto, he still had an incredible ride and was able to close the points lead down to now just three points between them.

Brandon Hartranft had a a very impressive ride last weekend that put him into third for the weekend’s overall. He has been showing that he meshes nicely with the KTM machine ever since he jumped aboard after the 2019 Pro Motocross championship, but two bad weekends at the Loretta Lynn’s Nationals had kept him from showing his true potential on the outdoor circuit.

Coming off a high from the final moto win at the Loretta Lynn’s Ranch, there’s no doubt there were some higher expectations aimed on the number 26 ride of Alex Martin. Some poor starts at Ironman kept him from reliving up to that potential, which also put him into sixth overall for the day. He still holds down third in the championship hunt.