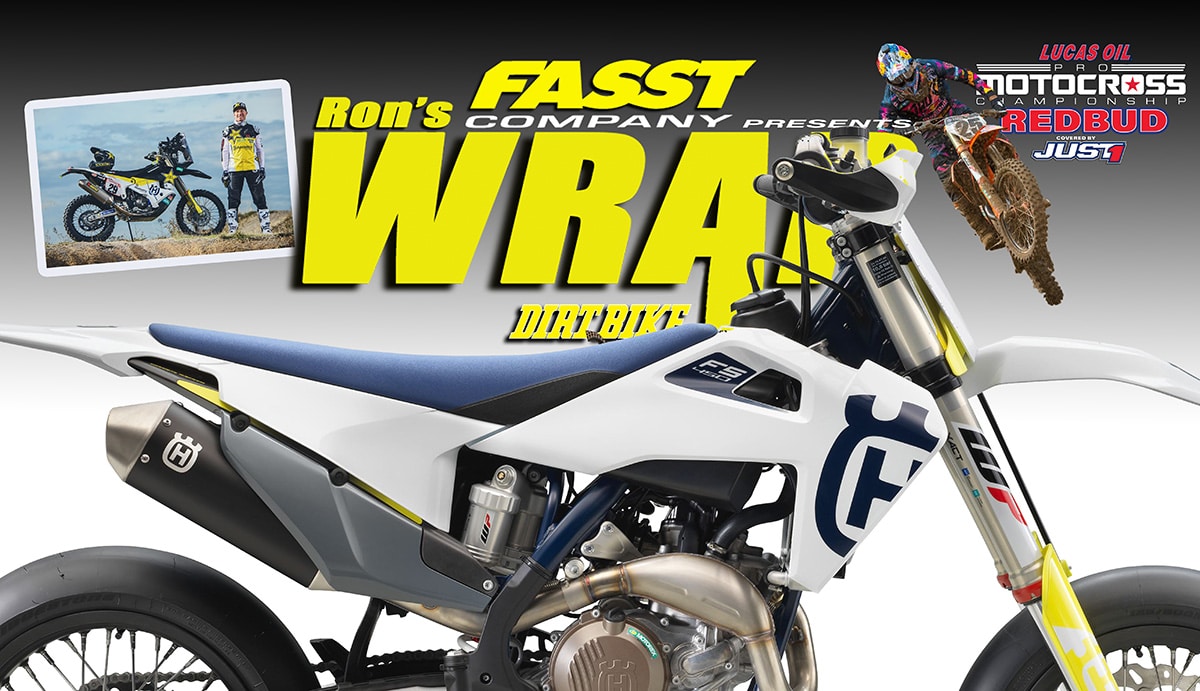 Husqvarna  has just released the 2020 FS450. Here’s what the company says about the supermoto race bike:

The perfect combination of power and agility, the FS450’s SOHC engine features electric start and gives riders a plentiful and responsive supply of power, delivered through a PANKL Racing Systems 5-speed gearbox. 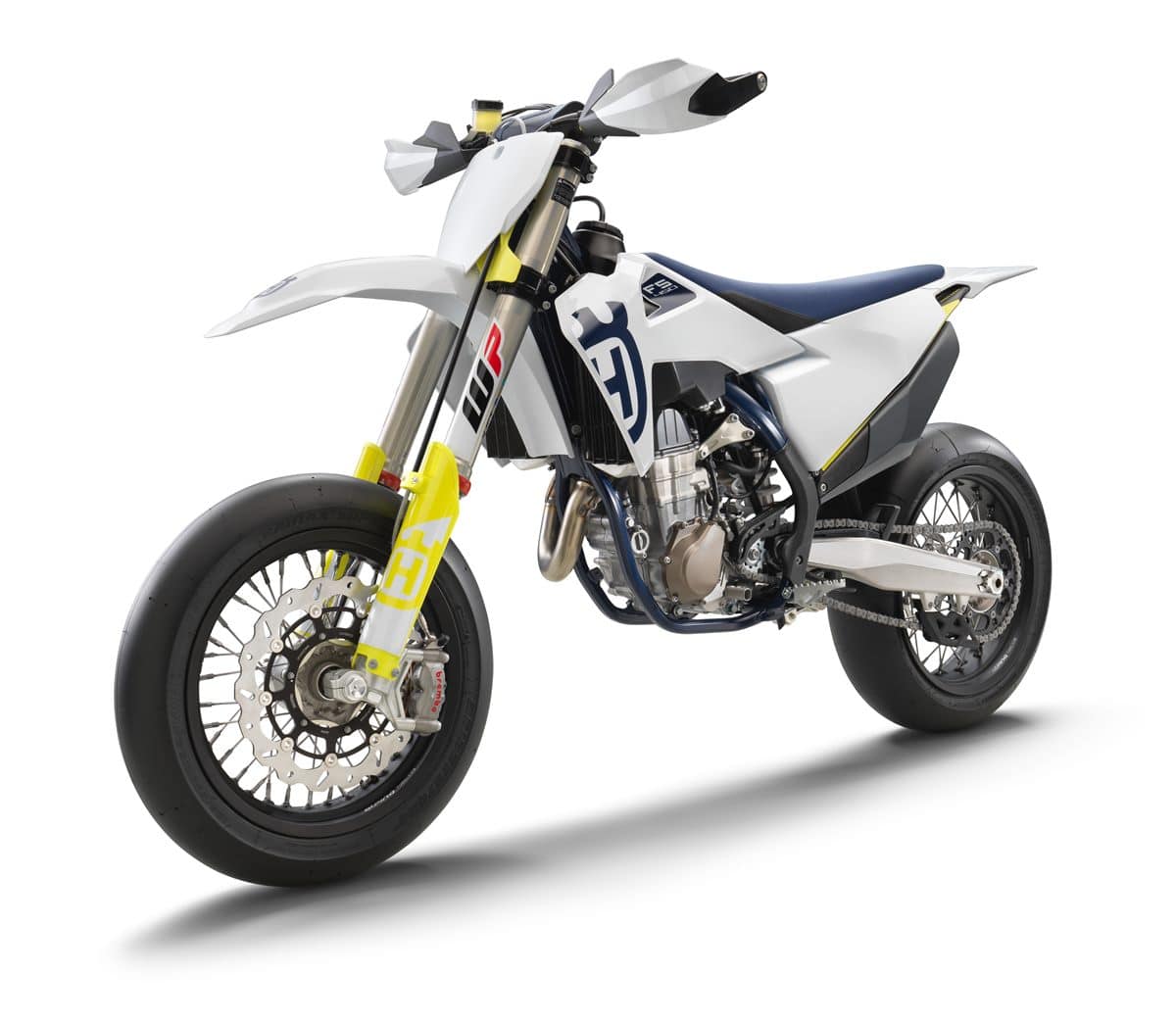 Enabling balanced and powerful braking, a 4-piston radially mounted Brembo caliper and pump work in conjunction with a 310 mm disc to deliver exceptional front wheel stopping performance. A single piston caliper and a 220 mm disc are mounted at the rear. 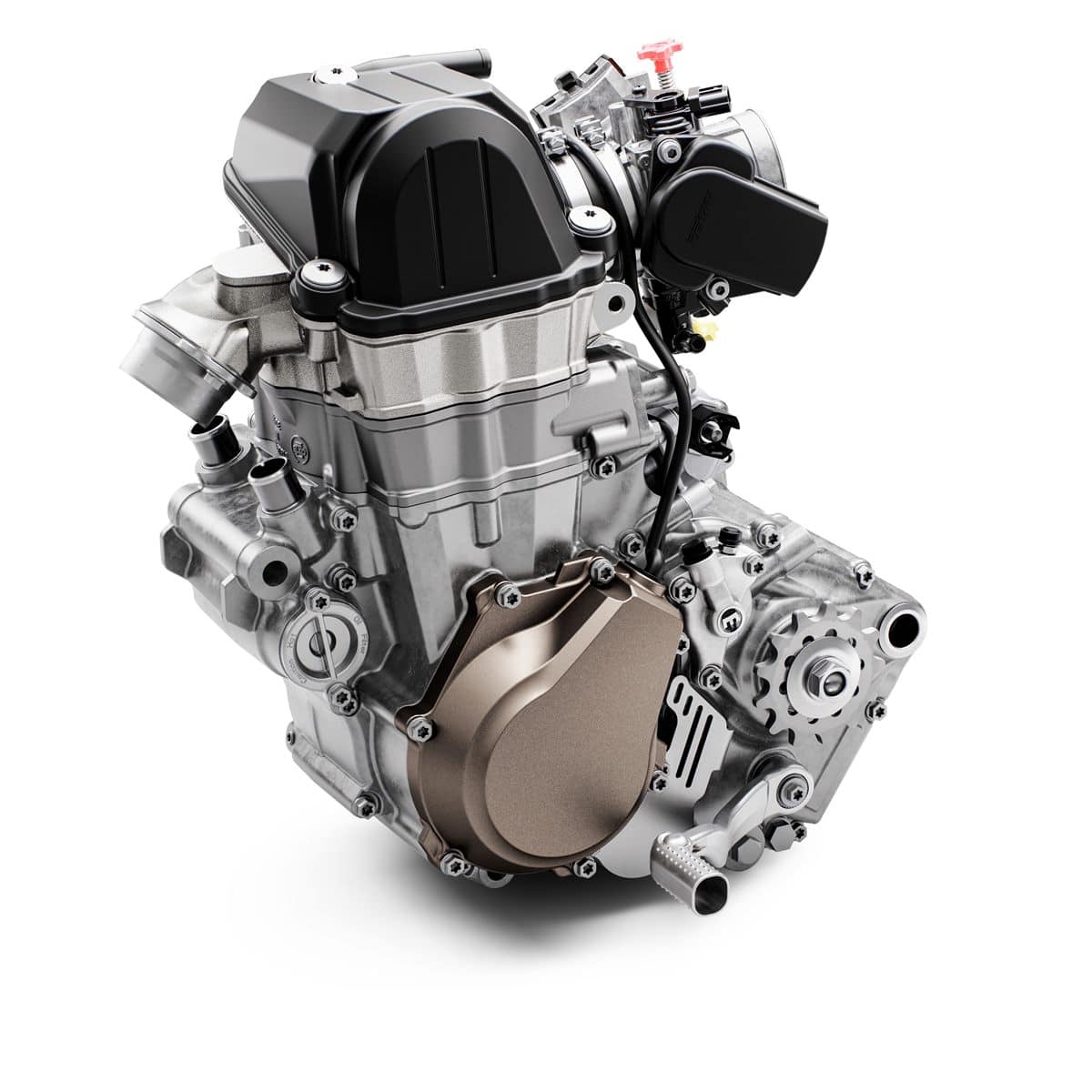 THE SUPERDUAL ARRIVES IN THE U.S. 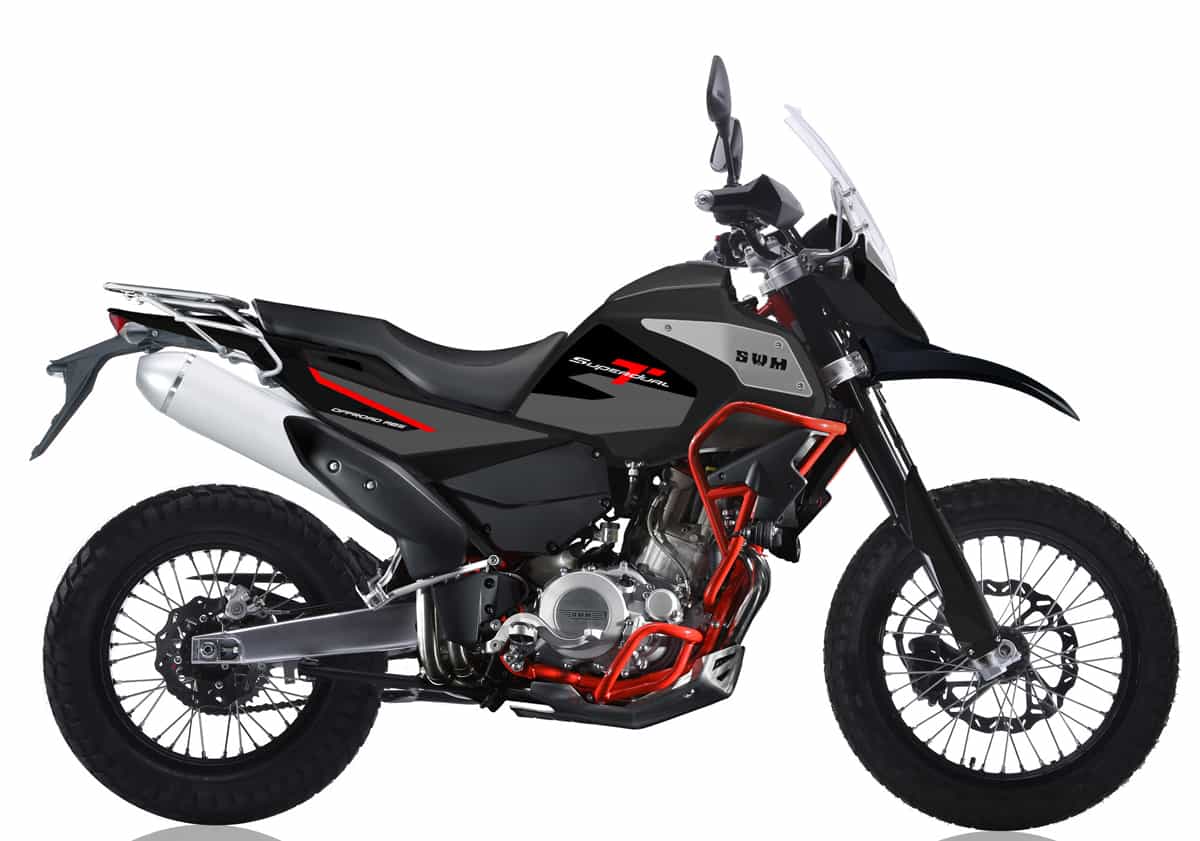 The SWM SuperDual has been teased for over a year now, and it’s finally here in the U.S. Pete at Motoman Distributing says he just got his first shipment after a lengthy U.S. homologation process. The Superdual comes out of the former Husqvarna Factory near Varese, Italy, and is based on the original Husqvarna 610. The motor is now DOHC and it’s housed in an adventure bike chassis, but Husqvarna nuts will spot the similarities right away. The price is $8995. Contact Motoman Distributing to find out more. 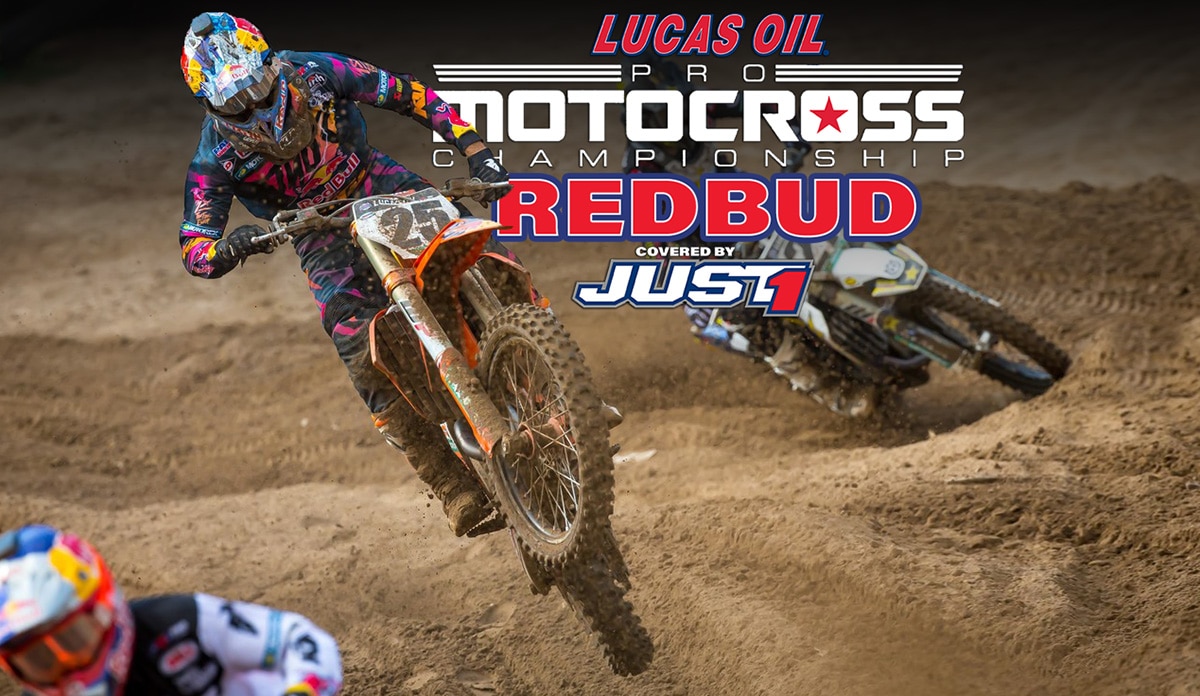 This weekend, RedBud will host the Lucas Oil Pro Motocross series.  This venue is tied with Hangtown for the honor of being the longest running National Motocross. It was first run in 1974, when Kenny Zahrt won the premier class on a Bultaco. The 125 class was added in 1976 when Bob Hannah won. According to stats released by MX Sports, RedBud is a good indicator of who will win the title. In over half of the 38 runnings, the winner goes on to win the championship. We will have live coverage of the 2019 National MX at RedBud here. It will also be shown on Mav and NBC Sports.

Andrew Short will soon arrive in Russia to race the 2019 Silk Way Rally – a 10-day event that also includes stages in Mongolia before finishing in China on July 16. Andrew’s Rockstar Energy Husqvarna Factory Racing teammate Pablo Quintanilla will not take part in the event due to his ongoing recovering from the injury sustained at the Dakar Rally in January.  The Silk Way Rally, now in its ninth edition, is welcoming motorcycle competitors for the first time in 2019. Starting in Irkutsk, Russia, competitors will race through Mongolia to ultimately finish in Dunhuang, China after covering over 5,000 kilometres, 2593.15 of which are timed special stages. With a wide variety of terrain including the fast gravel roads of Russia, picturesque but tricky to navigate hills and tracks in Mongolia and the large sand dunes of the Gobi Desert in China, the event looks set to be one of the toughest on the 2019 calendar.

Andrew Short: “I’m really excited for Silk Way, it’s the first year for the bikes so a lot of people really don’t know what to expect. The route looks interesting and from what I have seen from previous years the terrain is quite varied along the way. I’ve been doing some good training here in the States recently, it feels good to be on the bike and I believe we have made some improvements to the suspension and handling since the last round. Silk Way is going to be a really long race so will definitely be a challenge both physically and mentally, but I believe that’s where some of my strengths lie and I’m keen to get started. My plan is to take things steady at first, get a feel for things and not risk too much. If everything is going well, push a little harder towards the end and hopefully come away with a good result.”
The Silk Way Rally – round two of the 2019 FIM Cross-Country Rallies World Championship – starts in Russia on July 6.

If you need a little inspiration to get out and train for next year’s Silk Way or anything else on two-wheels, the Tour de France usually does the trick. It starts in Belgium tomorrow and this year the top American rider is probably Tejay Van Garderen. He’s riding on the Education First team in support of Rigoberto Uran. Your TV will probably be tuned to Mav and NBC Sports for Redbud, but you can catch up on the tour at https://roadbikeaction.com/

While we’re outside the usual confined of motorized two-wheel racing, I might as well point out that Glen Helen and my good friend Gary Jones will be hosting a very unusual night GP for ATVs and UTVs next month. Formore information, co to http://glenhelen.com/. 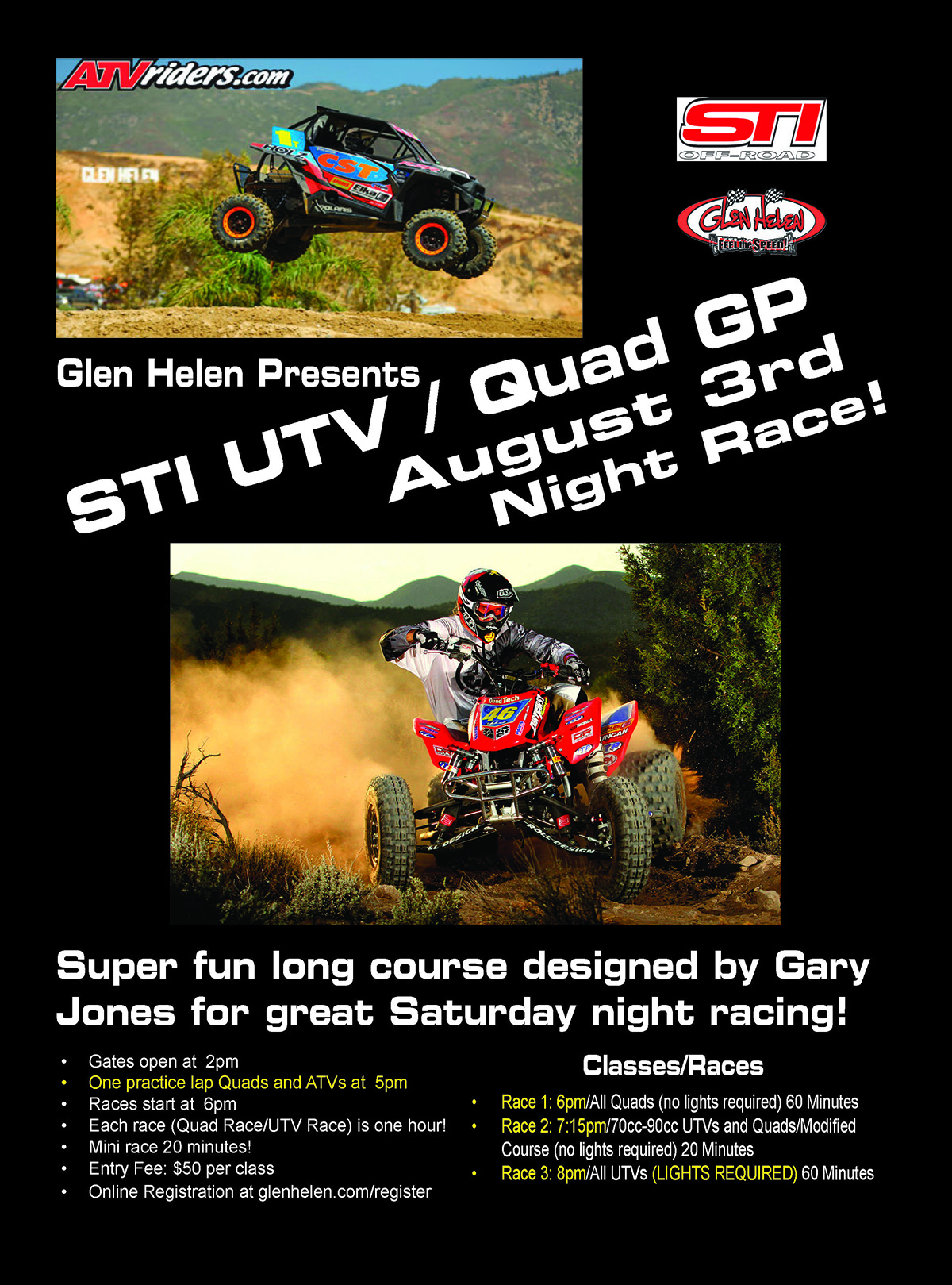 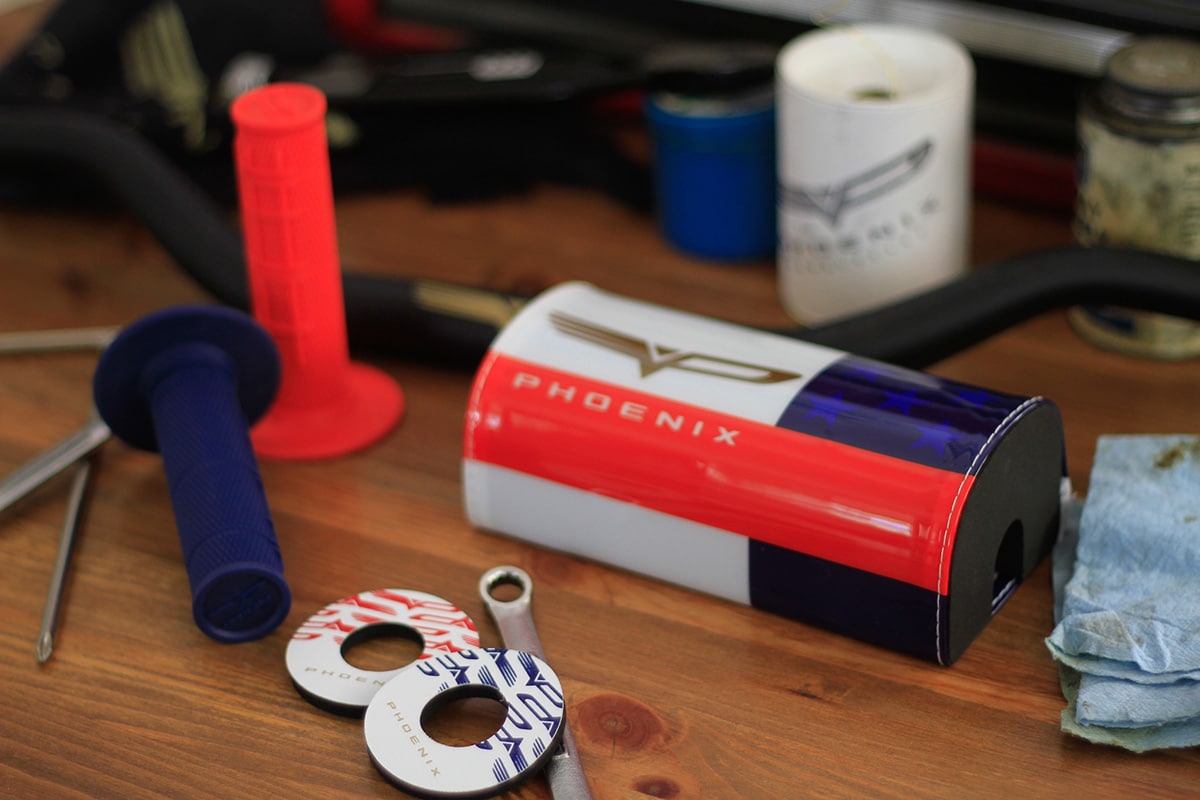 The guys at Phoenix Handlebars are celebrating the fourth of July weekend with a special on patriotic handlebar accessories.
PAD, GRIPS and DONUTS
The FREEDOM KIT includes:

Same rad styling as the original 118 bar pads but with the colors that make us Americans proud.
50/50 GRIPS
You can order grips to be both red or both blue on the website.  But if you want to have one of each, you gotta get the FREEDOM KIT.  And as always, it will include the gold safety wire that makes any bike look factory.
GRIP DONUTS
Just like the grips, you can get both blue or red.  But order the FREEDOM KIT to have the style of both colors.