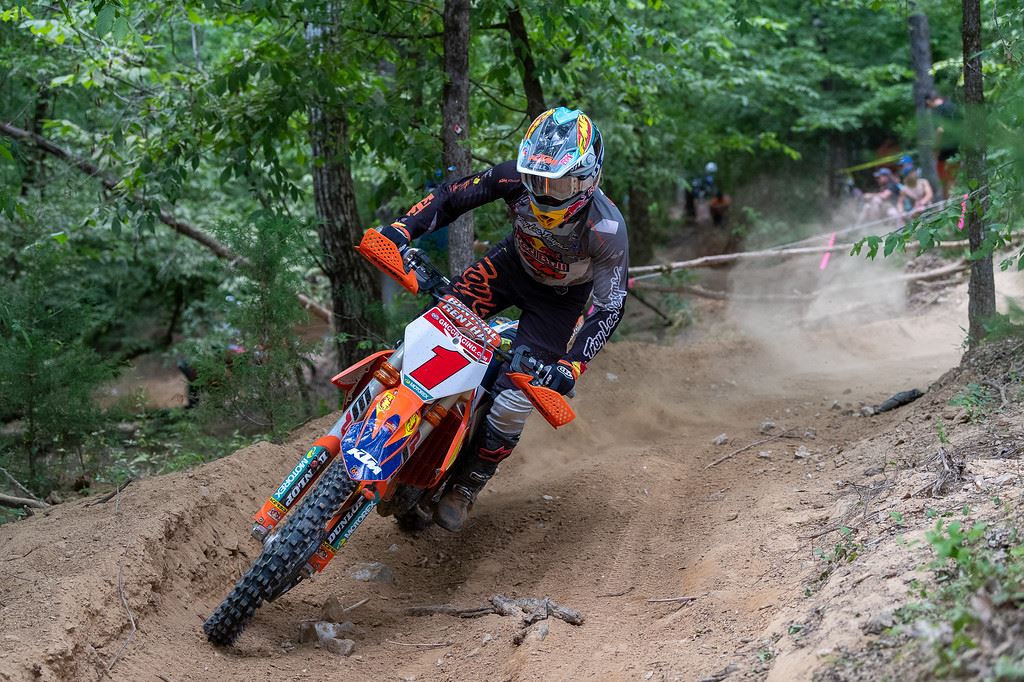 After a two-month hiatus due to the COVID-19 pandemic, the 2020 GNCC season resumed at the same location that hosted round three but under very different conditions. The Aonia Pass MX facility this time around featured hot and dry conditions making dust a factor in the race outcome.

In the XC-1 Open Pro class KTM factory rider Kailub Russell got off to a great start aboard his KTM 350  capturing the holeshot and early lead in the race. He positioned himself out front on lap one, allowing him to set the pace early on without any dust or distractions ahead. The seven-time GNCC Champ maintained a comfortable lead through the first two hours, until lapped traffic began to set in and ultimately close the gap on his lead later in the race. As the white flag flew, Russell held just a small lead over the second and third-place riders entering the final lap. He diced back-and-forth with ProAm Yamaha rider Ricky Russell at the beginning of the lap until Ricky went down, leaving Kailub to secure his fourth-straight victory of the 2020 season. Babbits Kawasaki’s Josh Strang would put on a last lap charge keeping Russell honest to the checkered flag and ProAm Yamaha rider Layne Michael would round out the XC-1 podium in third.

Kailub Russell: “I was pretty relaxed out there the first three-quarters of the race – I got the holeshot and led pretty much the first five laps and then I got held up a little bit behind some lappers and those guys sucked right up to me. Ricky [Russell] was riding really good and it was kind of his race to win at the end but he went down pretty hard and I got lucky a little bit.”