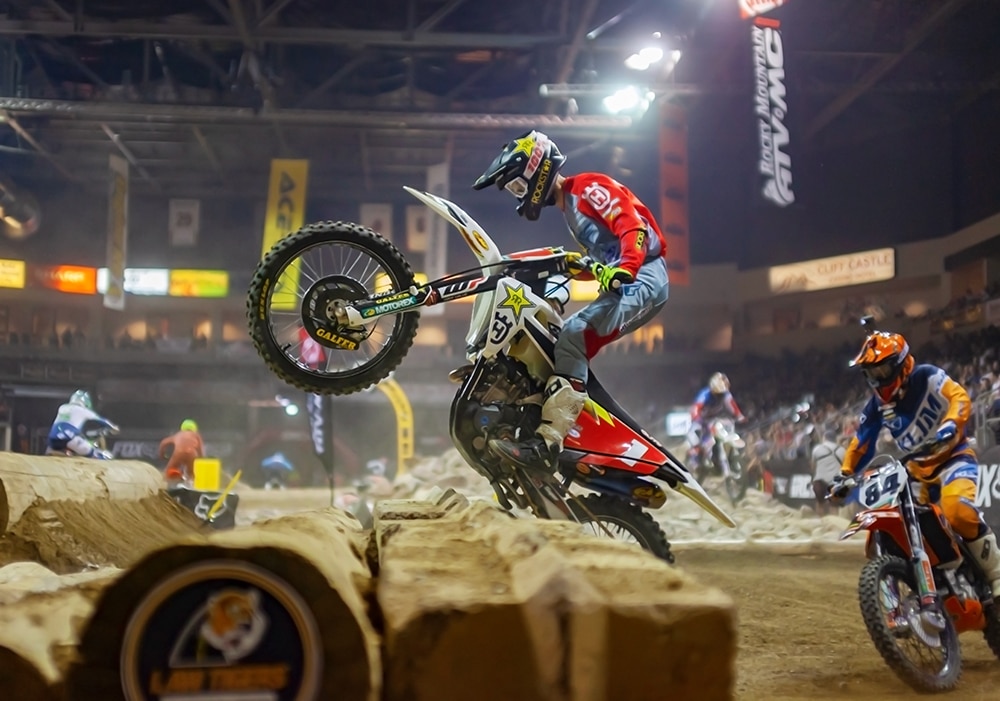 Cycle City Promotions announced today that the EnduroCross Racing Series will hold a six race AMA Championship Series beginning in October 2020. After careful consideration regarding the ongoing pandemic, and the safety of our racers, spectators and staff, the 2020 series will be split between two locations that we feel will to be the best fit for safe but exciting race action.

The first four races of the series will be held at Fox Raceway in Pala, California beginning on October 15th and the final two races will take place in Nampa, Idaho at the Ford Idaho Center. The full schedule is as follows:

“All of us at Fox Racing are really excited to have the Fox Raceway host four rounds of the 2020 Endurocross series,” said Mark Finley, Global Category Director for Fox Racing. “Since we originally partnered with the Pala Band of Mission Indians and created the Fox Raceway, it has been our goal to elevate the riding and overall track experience for all riders – whether local or just visiting our Southern California backyard. To have the best Endurocross riders in the world competing at the Fox Raceway on four unique tracks does exactly that and we’re looking forward to some amazing action at the track this October.”

The priority at these six events will be health and safety of the riders, fans and support staff involved. Our return to racing will be a responsible one, including guidelines and protocols for competitors and essential staff. We will work with both venues and will comply with all federal, state and local mandates. Mitigation efforts will include: temperature checks for all racers and their support crew prior to entering the venue, complimentary face masks at the racer entrance and increased sanitation efforts and social distancing to limit contact among individuals executing the events.

Additionally, Endurocross racers have minimal (if any) contact with other riders as they race on their own against other competitors and wear several protective elements, including: full-face helmets with mouth coverings, gloves, goggles, and race attire that leaves no skin exposed, plus knee-high boots.

The goal for all six events is to allow spectators to attend in a safe way that ensures social distancing can be maintained. We will release additional details on spectator attendance and ticket purchasing options, if we determine we can safely accommodate spectators at these events.

“The Ford Idaho Center is very pleased to welcome the AMA Endurocross Series back to Nampa,” said Andrew Luther, General Manager of the Ford Idaho Center. “We look forward to this event every year, and we anticipate this year to be as exciting as ever! Bringing a top tier racing series to the Treasure Valley is a good thing – and the ability to host the event under new safety & health protocols will make it even more attractive to the racing fan.”

The 2020 Endurocross Racing Series will be live streamed via a subscription service and then released at a later date on network television. Details will be announced regarding how you can watch as soon as they are finalized.

“After many conversations and careful consideration, the EnduroCross team is excited about the upcoming series we have lined up,” said Tod Hammock, president and founder of Cycle City Promotions. “We are thrilled that we are going to be able to host the 2020 EnduroCross Racing Series and plan to do so in as safe a manner as possible for everyone involved.”

Rockstar Husqvarna’s Colton Haaker is returning to defend his championship and Cody Webb has joined the FactoryOne Sherco team to try to get another title of his own. Each of them has won three championships and is aiming for a fourth.