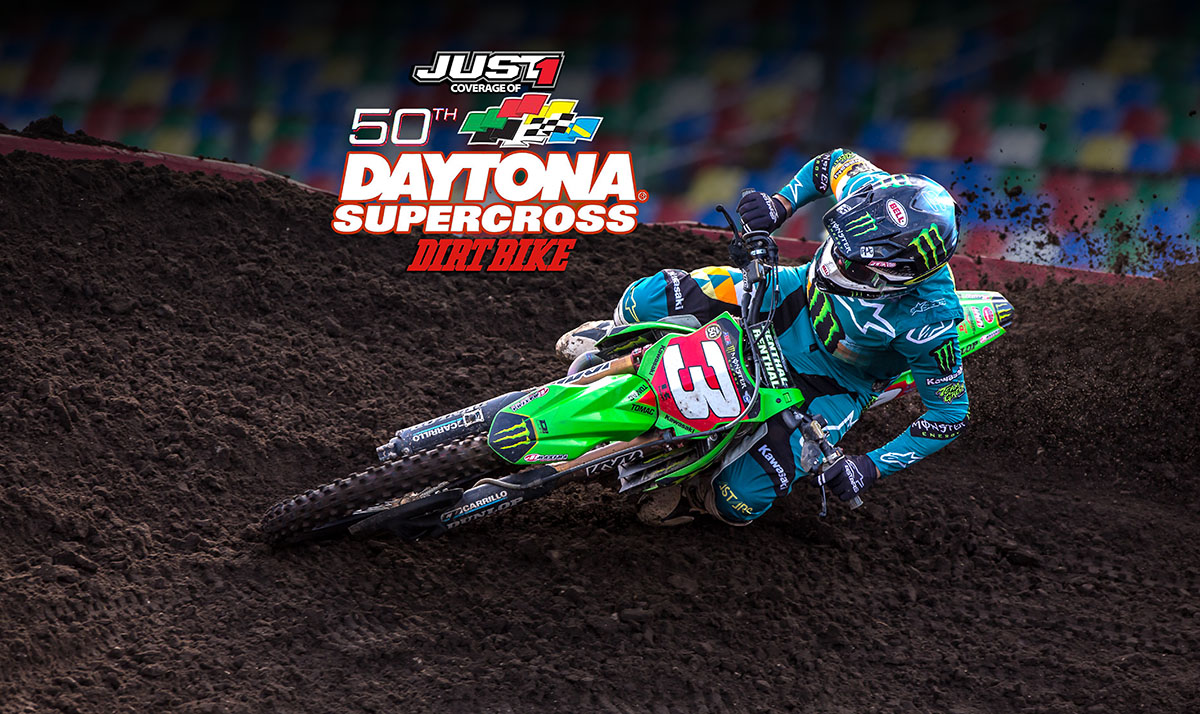 Eli Tomac won his fourth career Daytona main event this week, climbing the record book to yet another level. It was the 50th running of the event within the Daytona Speedway and one of the closest points battles ever seen at this point of the season. Ken Roczen, who came into the race tied for the lead, left with second-best points and surrendered a 3-point deficit to Tomac after leading most of the race.  For extended coverage of the 2020 Daytona Supercross, click here. 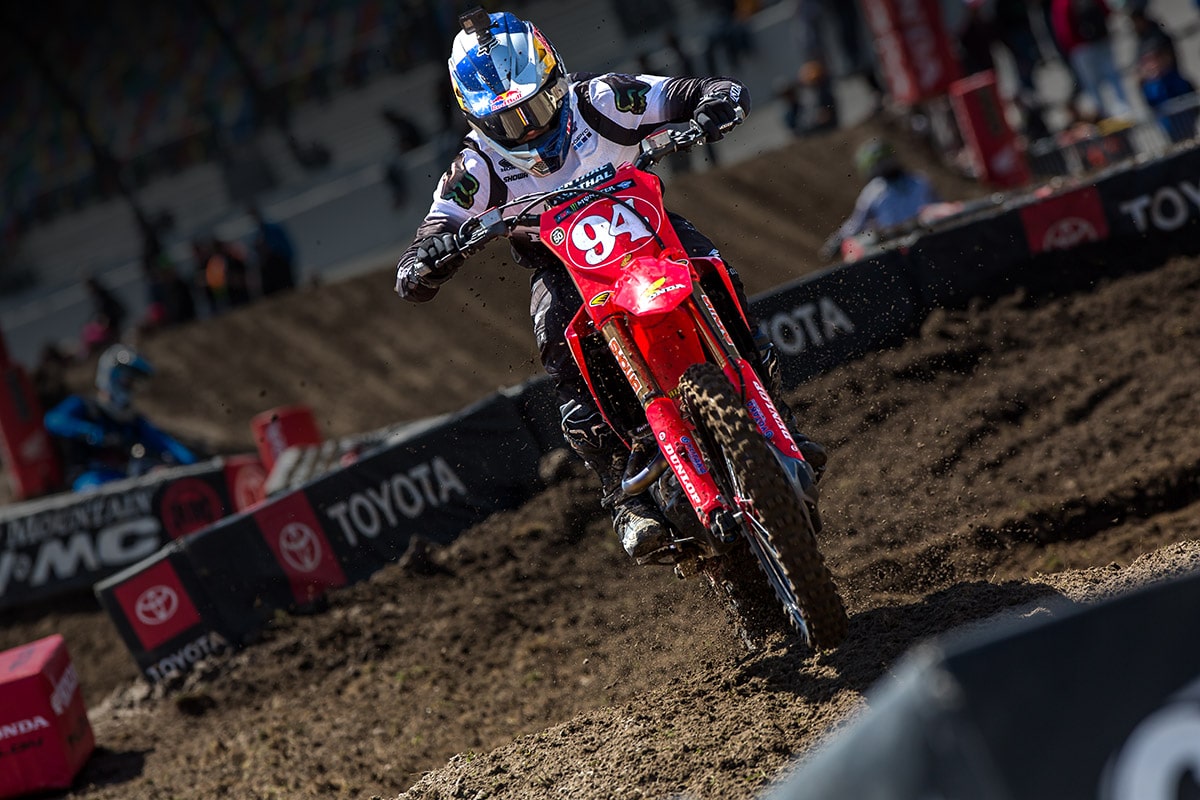 In heat one, Aaron Plessinger got a clean holeshot with his teammate Justin Barcia second. Ken Roczen moved past Barcia into second within a few turns. The three of them then pulled away quickly with 2018 winner Justin Brayton fourth ahead of Blake Baggett and Malcolm Stewart. Two laps into the race, Roczen took the point and seemed to find another gear. Plessinger then had his hands full with Barcia. In the end, Plessinger held out for second. Surprise! Ryan Sipes qualified for the main in eighth.

Chad Reed came to life in the second heat, getting a spectacular holeshot and firing up the whole speedway. On the first lap, Cooper Webb moved into the lead with Jason Anderson and Eli Tomac then pressuring Reed hard. Both of them made the pass on the next lap, but this was a loaded heat, so Reed wasn’t out of the woods yet. Vince Friese, Tyler Bowers and Martin Davalos all were looking for his spot. Up front, Webb was riding well in front of the Anderson/Tomac duel. As it came into the last lap, the three of them were closer than ever. Then, on the last go-round, Tomac backed off and Webb was just barely able to hold off Anderson. Reed finished a solid fifth behind Friese. Late in the race, Davalos went down and would have to go to the LCQ.

Ryan Breece and Adam Enticknap were up front at the start of the LCQ. Martin Davalos was in third by the end of the lap, leaving fourth to be settled between Ronnie Stewart and James Weeks. Pretty soon, Davalos was second pressuring Breece. With two laps to go, Weeks went down hard. On the last lap, three riders were fighting for the fourth and final transfer spot. Daniel Herrlein beat out Stewart and Alex Ray for that position as they crossed the finish line.

Jason Anderson and Ken Roczen jumped into the lead while Blake Baggett went down before even getting to the first turn. Roczen took command on the first lap with Aaron Plessinger,  Jusin Barcia, Cooper Webb and Eli Tomac  banging bars in every turn. Soon, Cooper Webb passed both Barcia and Plessinger within a few turns. Tomac then did the same thing.  As the race developed, Roczen built a small lead while Anderson and Webb went bar to bar with Tomac watching from a few bike lengths back. Webb eventually passed Anderson and slowly started edging away. At the halfway park, Webb was creeping up on Roczen while Tomac was doing the same thing to Anderson for third. Tomac was the first to make a move, passing Anderson. A little farther back in the pack, Yamaha teammates Arron Plessinger and Justin Barcia were having an isolated battle.  With six laps to go, Tomac took advantage of a slight mistake from Webb and moved into second place. At that point, Roczen had roughly 5 seconds. A few laps later, it was a real race for the lead. With three laps to go, Roczen bobbled but stayed up. That was all it took for Eli to take over. The two of them stayed close to the very end, but when it was over, Tomac earned his fourth Daytona win.