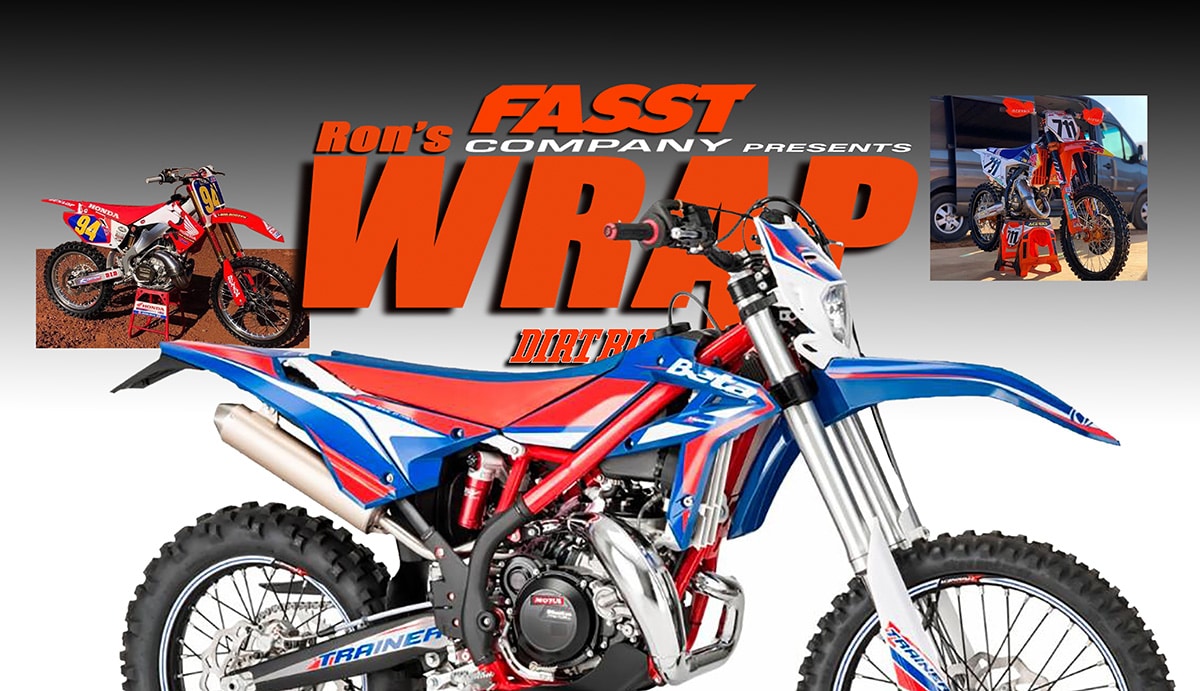 The Beta Xtrainer is back. This is a staff favorite. It’s a great motorcycle designed to take the sting out of new bike prices. The Xtrainer is an electric-start 300cc two-stroke that’s made in Italy and sells for $7699. For 2020 it gets Beta’s new counterbalanced motor. It still has oil injection, a six-speed gearbox and a slightly down-sized chassis.  The price is lower on this model because Beta uses less-expensive suspension components and aims the bike at playriding rather than competition. The list of updates for 2020 below is from Beta’s press release: 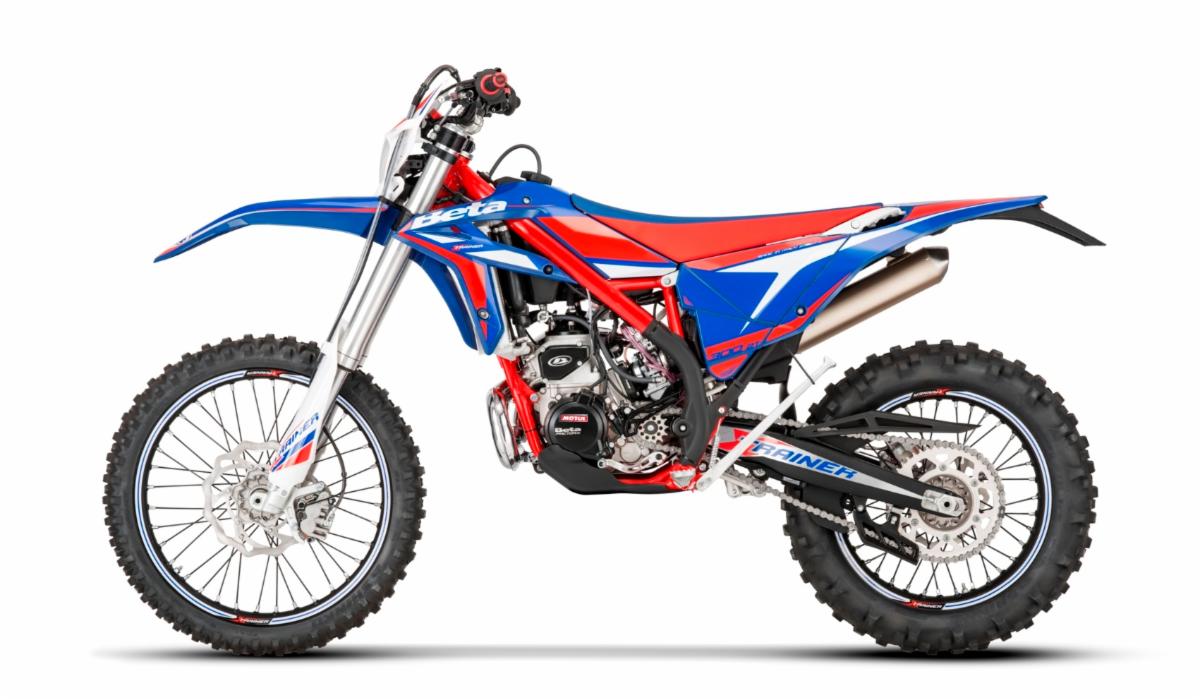 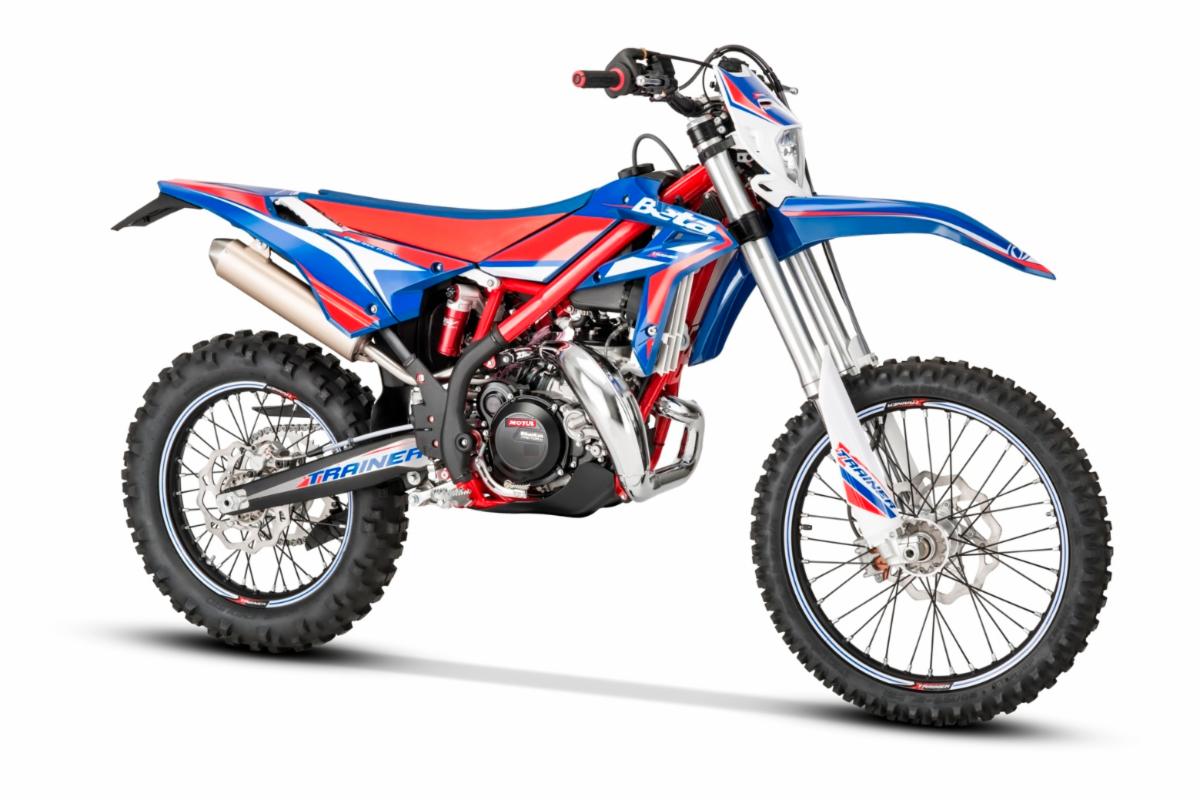 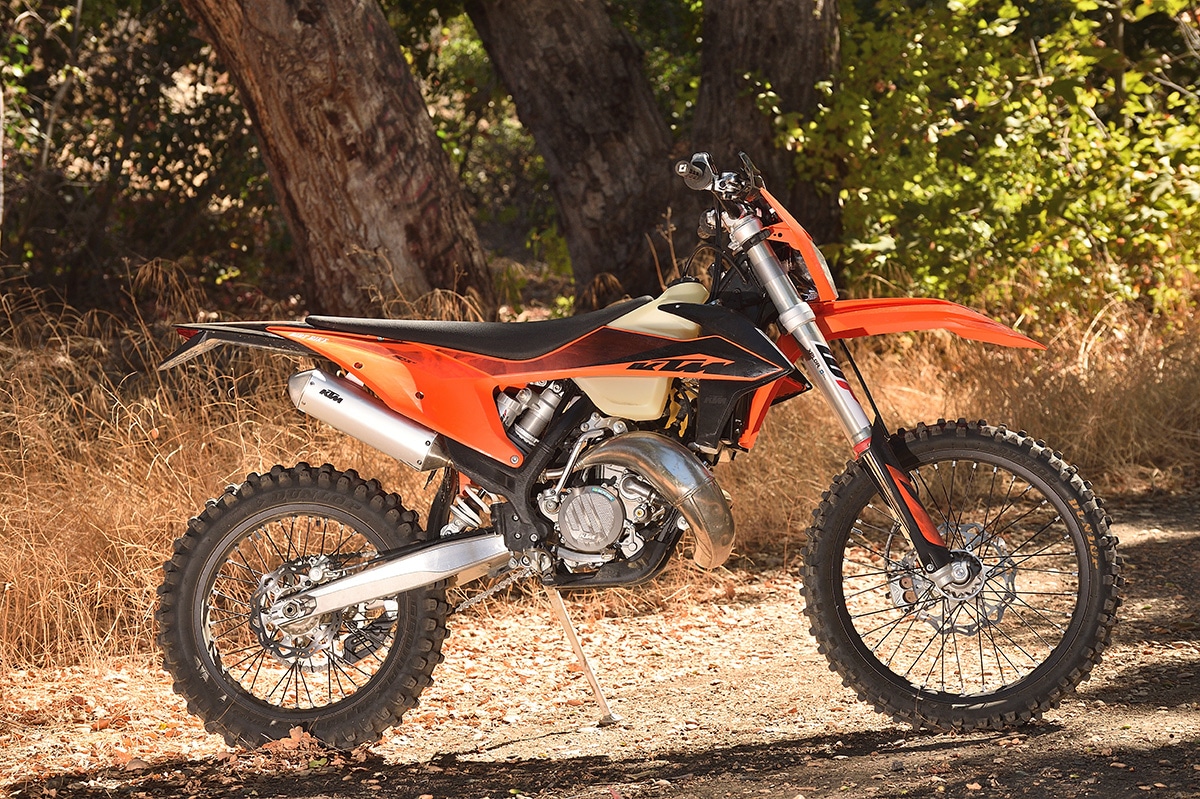 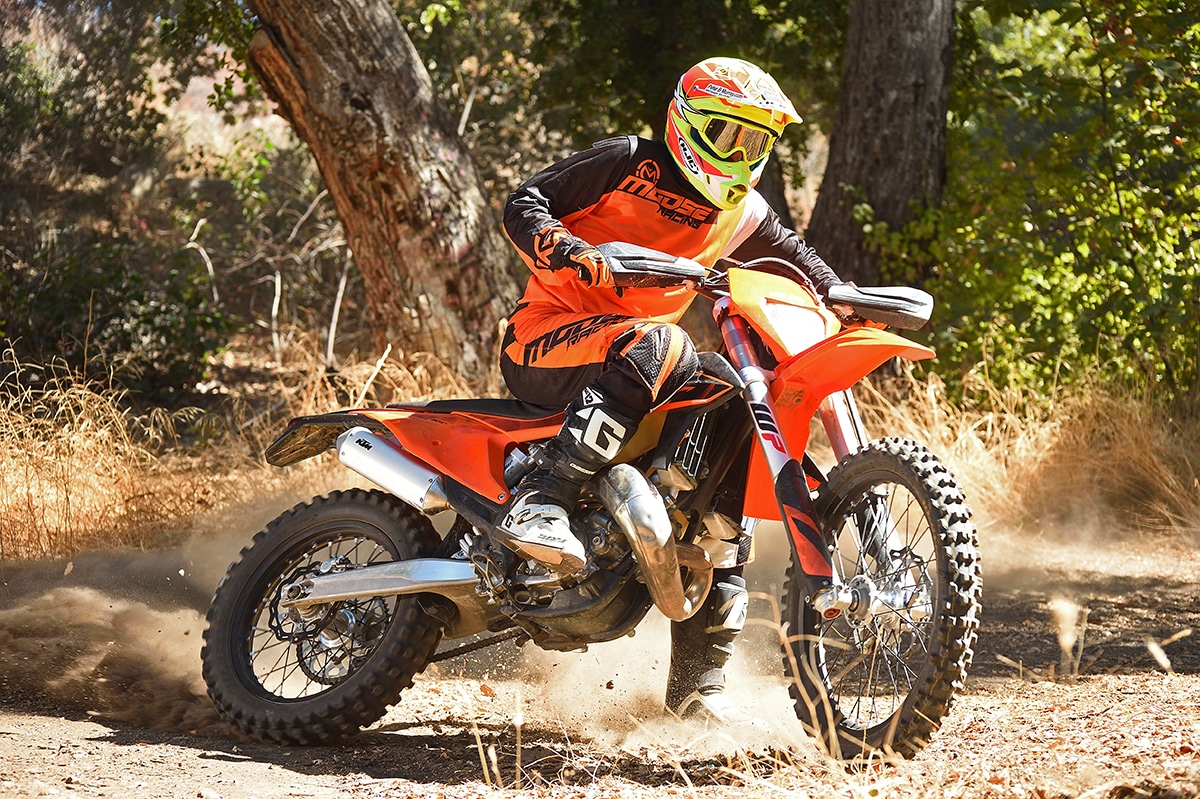 After riding and racing it myself, I’ve become a huge fan of the bike. The big change for 2020, of course, is the switch to TPI fuel injection. It suits this bike well, although the jury is still out on whether is cost a little power. It’s definitely smoother, with less hit and that makes you think it has less peak power. In the past, other bikes that went to fuel-injection had no real power loss, despite initial reports. The 150XC-W already had my favorite small-bore two-stroke engine. I love 125s, but I’m around 200 pounds that that’s asking a lot from a little motor. The 150SX motocross bike just hits too hard. It’s a toggle switch and that takes all the fun out of the bike. The off-road 150 is tamed down just enough to make it an absolute gas, and the TPI version is even smoother. So far, I haven’t experiences any of the glitches that were common in the first eyar of TPI bikes. I love the fact that you don’t have to mix oil in the gas, too. The bike did gain weight, but it’s still crazy light. 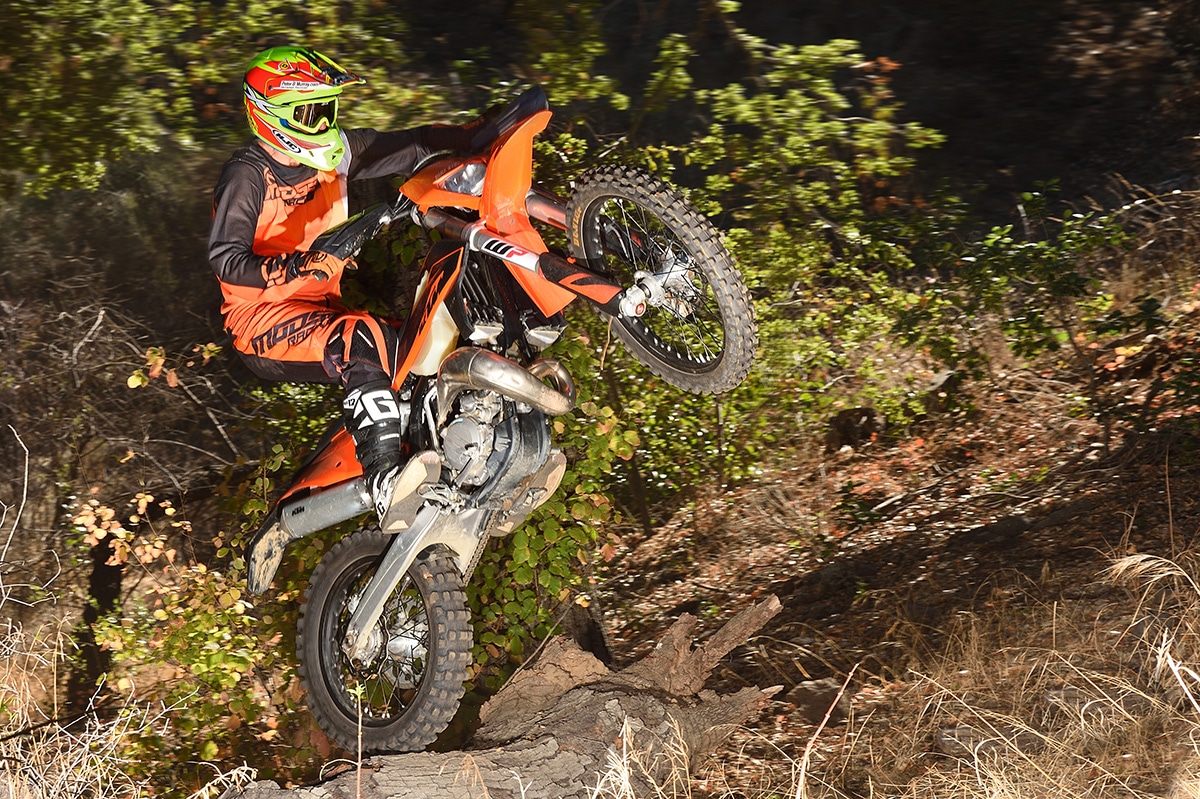 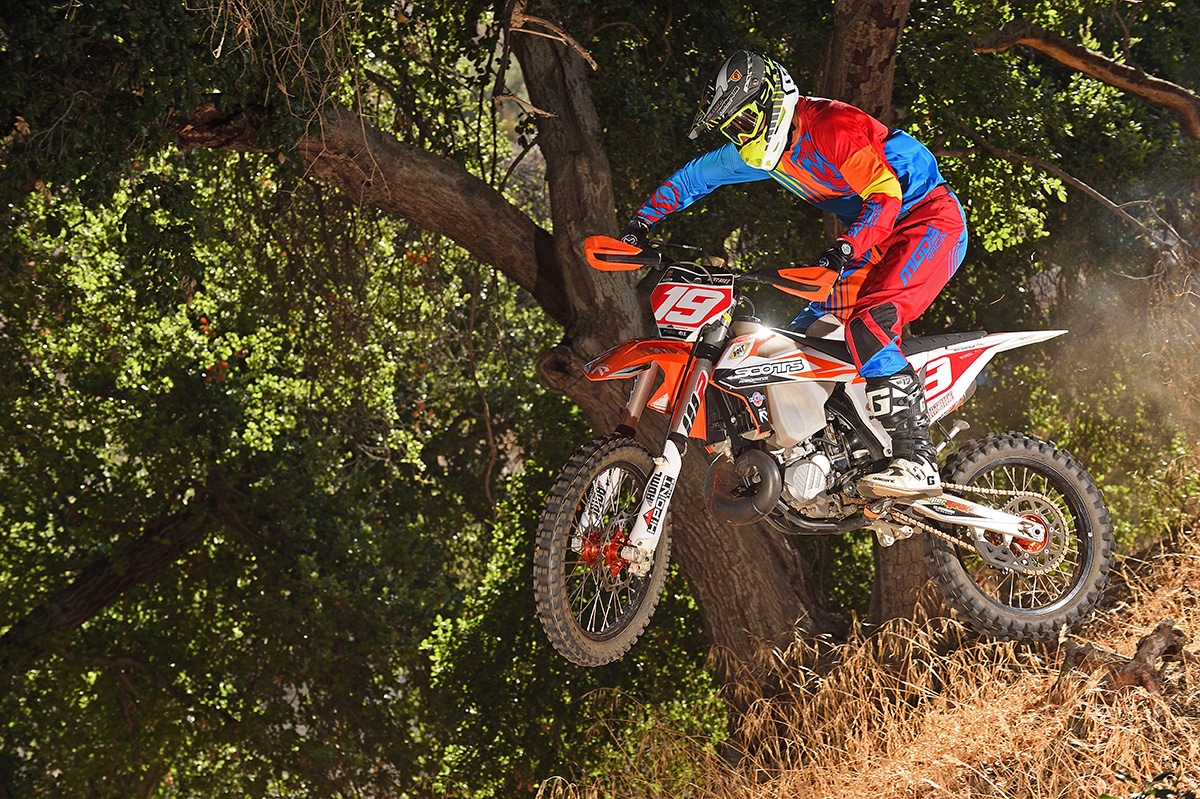 The last carbureted off-road bikes from KTM were in the 2019 line. I still have the 2019 KTM 250XC that I raced in much of the National GP Championship series, and KTM wants it back. Before surrendering it, I wanted to try the Lectron carb. KTM switched to Mikuni a few years back and most people aren’t happy with that. The Lectron is a very different design, but it’s still a carburetor. Last week I previewed the project bike, complete with a Scott’s steering stabilizer and Scalvini exhaust. You can read more about it in Ron’s Wrap here. 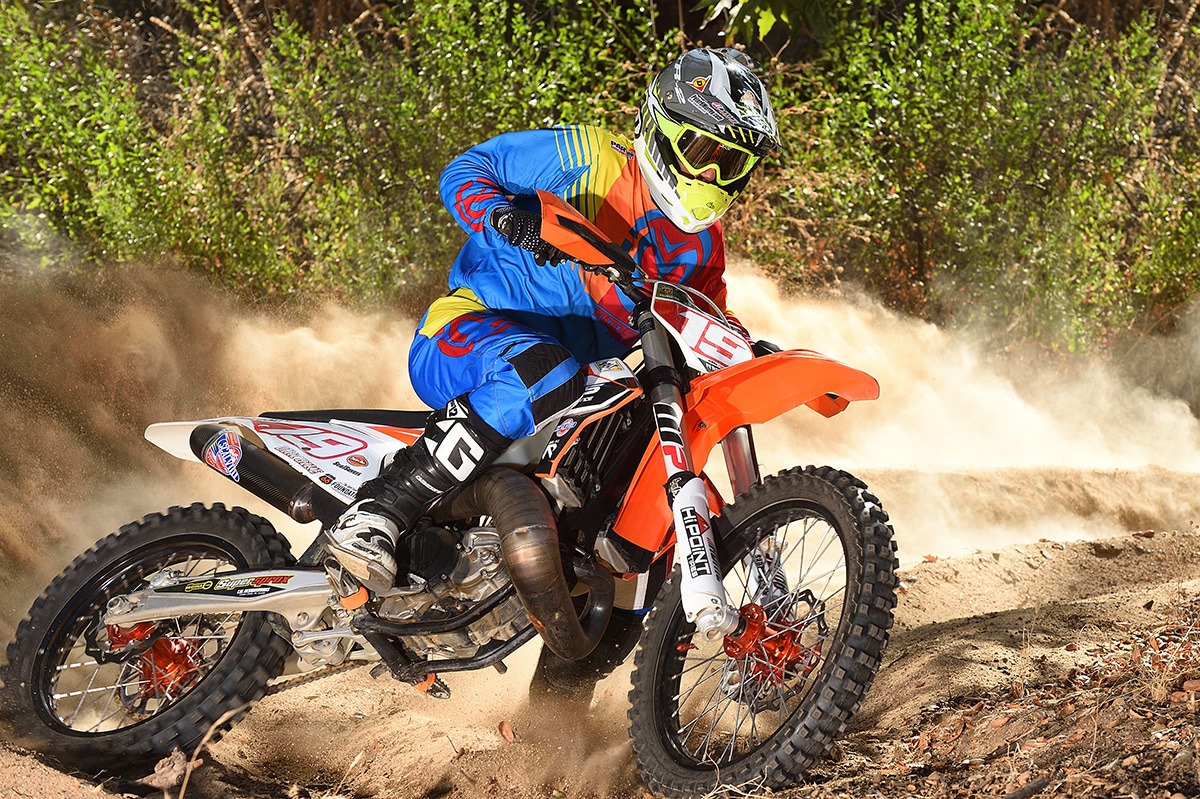 Now that I’ve ridden the bike with the Lectron, I’m impressed. I expected to go through a very painful learning process, but tuning the carb is actually quite easy. When it came out of the box, it was already in the ballpark for the KTM 250. I had to do very little to get it spot on. In order to correct a little partial-throttle detonation, I turned the mixing rod one full turn clockwise. That was it. There’s still more to learn and I’ll be posting updates here.

BIKES OF THE STRAIGHT RHYTHM

The Red Bull Straight Rhythm is this weekend at Pomona Fairplex, and once again it’s all two-strokes. The celebrity line-up is pretty deep this year. Here are a few of the bikes that were built specifically for this event.

BIKES OF THE 2019 RED BULL STRAIGHT RHYTHM: 2-STROKES ONLY