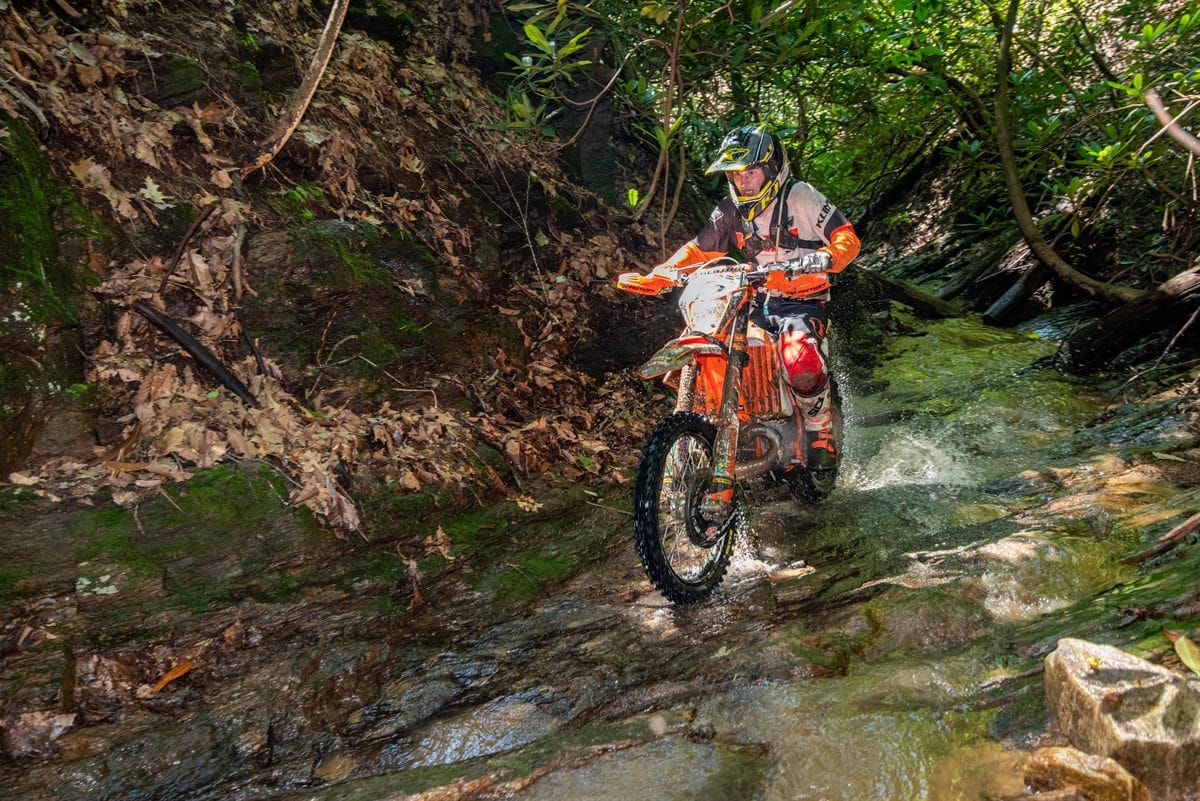 Share FacebookTwitterGoogle+ReddItWhatsAppPinterestEmail
FactoryOne Sherco mounted Cody Webb and RPM KTM rider Trystan Hart have been battling hard in the 2020 AMA East Extreme Championship thus far. Webb had been able to edge out Hart at the first three rounds but round four in North Carolina  was a different story.
Racing aboard a factory-prepped KTM 300 XC-W TPI, Trystan Hart filled in for German KTM rider Manuel Lettenbichler, who was originally slated to compete in U.S. hard enduros under the support of the FMF KTM Factory Racing Team before the world-wide pandemic ensued. Hart flew the flag high for the orange squad with a standout performance at Battle of the Goats Extreme Offroad event as he secured his first victory in the AMA East Extreme Championship at Round 4 in Taylorsville, North Carolina.
On Saturday, Hart topped the three-lap extreme qualifying race by about four minutes to earn pole position for Sunday’s winner-take-all Main race. Taking on a 17-mile course packed with technical terrain, steep descents and significant climbs, Hart powered his way into the lead battle early on as he went back-and-forth with multi-time extreme enduro champion, Cody Webb, out front. On lap two, Hart was able to break away and he charged his way to a 13-minute victory after two hours and 40 minutes of extreme racing.

Trystan Hart: “Coming into this race, I knew it was going to be a battle between myself and Cody Webb, and I knew that this 3-hour race was going to be extremely physically demanding. Cody and I went back and forth the entire first lap and on lap two, I got through some lappers a little better than him and I was able to get a gap. From there, I pushed all the way to the end with minimal mistakes to put my KTM on top of the box.” 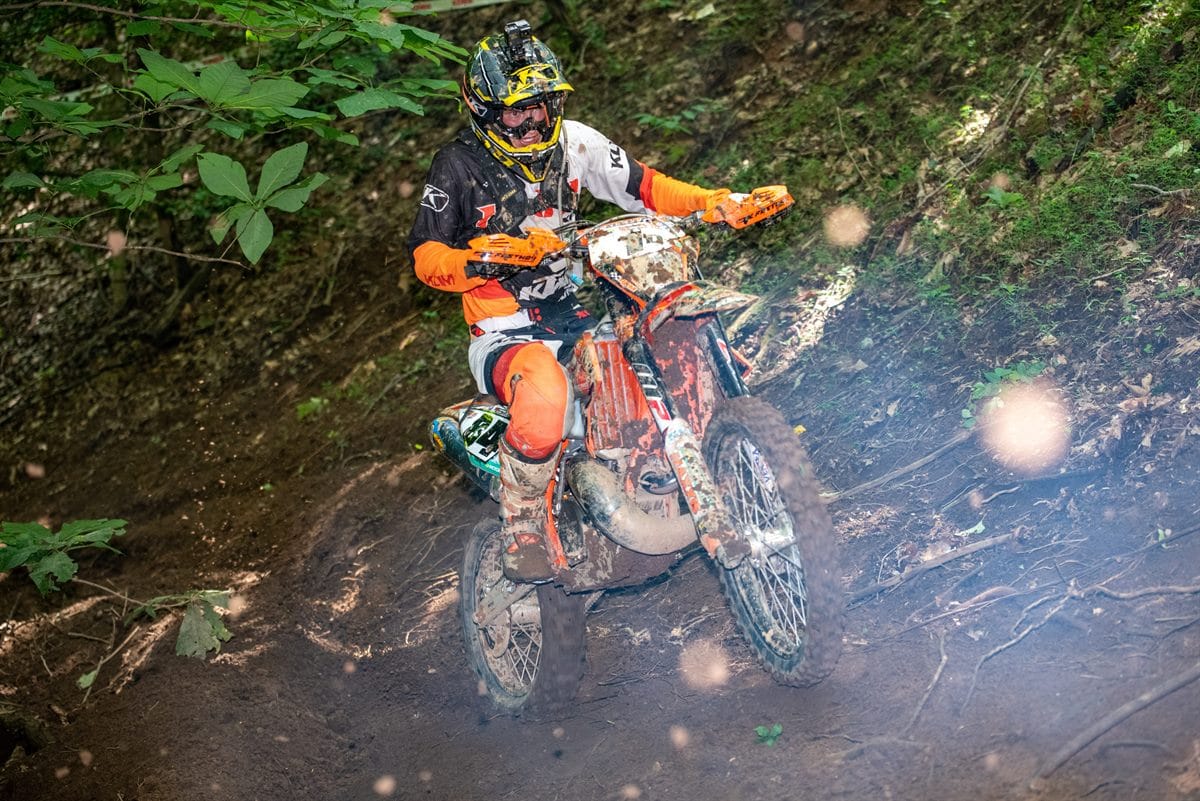