The 2020 Monster Energy Supercross season will reach the halfway point at The Mercedes Benz Stadium in Atlanta, Georgia this weekend. Supercross has a long history in Atlanta, although this particular venue was only completed in 2017. Before that, Supercross was held at the Georgia Dome, going all the way back to 1977, when Bob Hannah won the premier class. More recently, Cooper Webb was the winner in 2019. Here’s an interesting side note: for the last four years, Atlanta has predicted the ultimate Supercross champion: Webb, Anderson, Dungey and Dungey. Before that, Chad Reed collected his most recent Supercross victory there.

All the attention will certainly be on Eli Tomac, as he is having a nearly mistake-free season so far. Tomac has won four of eight races and holds a 7-point lead over Ken Roczen. The next rider on the list is Cooper Webb, who suffered a painful get-off at Dallas, bruising his tailbone in the process. KTM has announced that Webb will ride in Atlanta, although he can’t possibly be unaffected by a crash that severe. Adam Cianciarulo, who crashed in the same place, will miss several weeks with a broken collarbone.

In last week’s 250 East class, Chase Sexton made it clear that anyone wanting to win the 2020 title will have to go through him. At the first round a week earlier, it looked like he had nothing for Shane McElrath. Now it looks like there are several riders with the speed, including RJ Hampshire and Jordon Smith. Hampshire, in particular, was very aggressive and didn’t make any friends at Arlington last week. There might be some payback planned at Atlanta.

Dirt Bike will have live results on Saturday. Click here for extended coverage of the Atlanta Supercross. 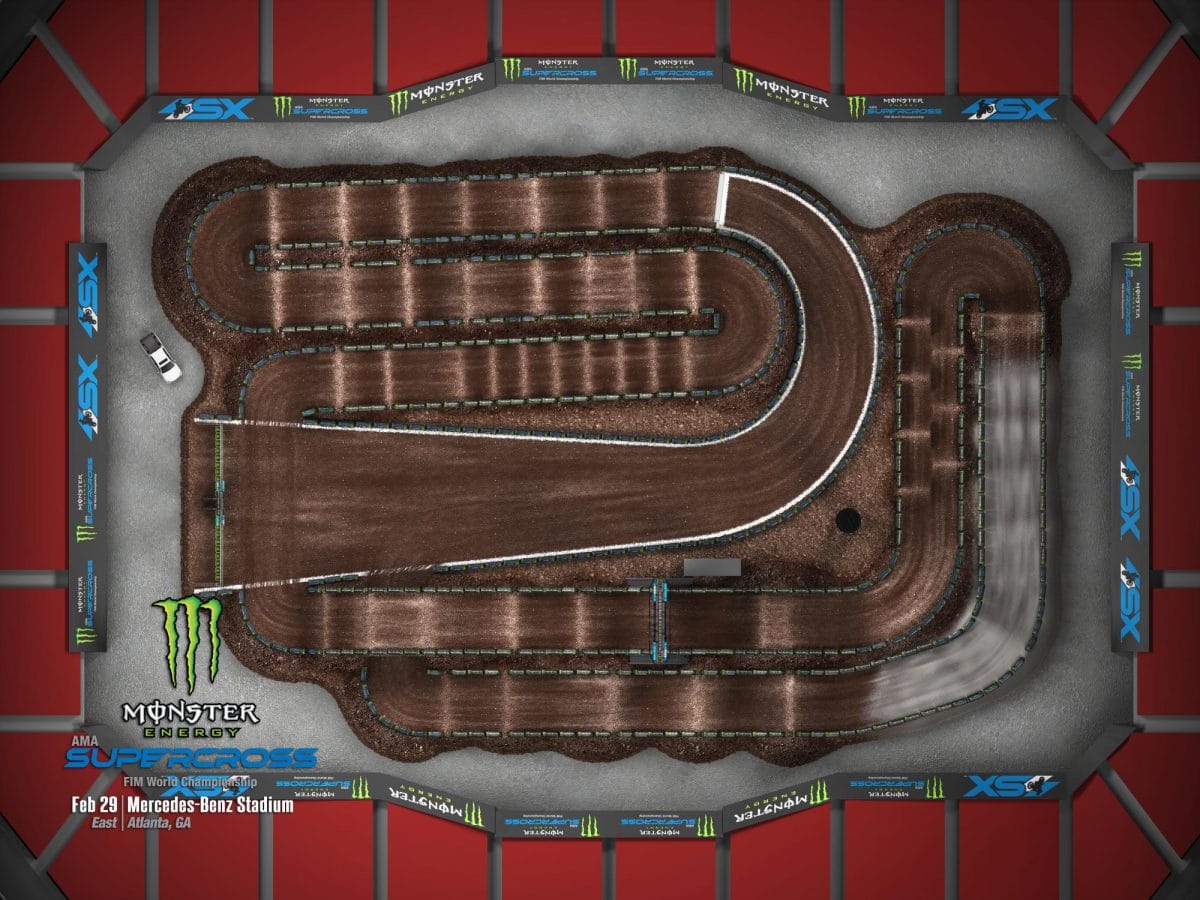