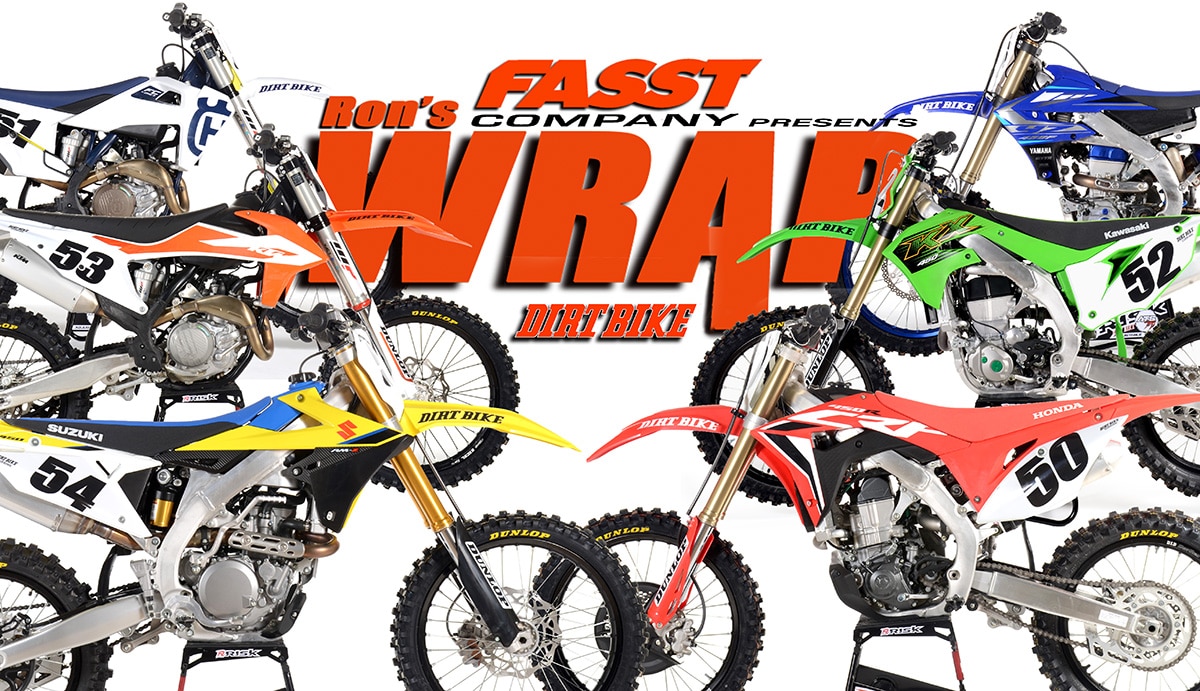 For weeks we’ve been working on the 2020 450 MX shootout. By “working” I mean riding. We’ve also been doing a lot of photo-taking, bike-cleaning, note-taking and stuff like that, but riding is the most important part. We’ve had the bikes on four different tracks with a total of 10 test riders. Once upon a time, we could really take our time with a shootout, but now there are dozens of social media influencers in a race to see who can come out with some kind of results first. Some aren’t bad. Most are. I’ll let you figure out which is which. For us, we still aren’t finished. The bikes still have to be tested on a dyno and we would like to hit another track or two. Here are some notes from testing so far.

The CRF450R doesn’t have many outward changes, but Honda worked on its electronic package. It already had three maps available plus different levels of launch control. Now it also has three levels of traction control. This is similar to the type of traction control on the KTM and Husky and isn’t what I would call real traction control, which compares the speed of the front and rear wheels. That technology is currently banned by AMA Pro Racing, even though it comes stock on many adventure bikes. Despite the possibility of getting lost in all those settings, the Honda is always a beast. It’s the fastest bike of the bunch. It also turns well and has excellent suspension. The bike’s two real weaknesses are its nervous manners at speed and its overall weight.

Last year the Husqvarna FC450 came out with a new frame and bodywork and a new head. It might have been a small step backwards. The frame was much more rigid and many riders complained that the power was a little sleepy down low.  This year, Husky provides a vented airbox cover in an attempt to provide more snappy power for those who think they can handle it. The suspension is also softer. For 2020, Husky did its testing independently of KTM, aiming the bike at a more conservative customer. We love the fact that Husky is going for its own identity. The bike remains very light and super smooth. Its weak points are harsh suspension and the fact aggressive riders still say its power delivery is sleepy. 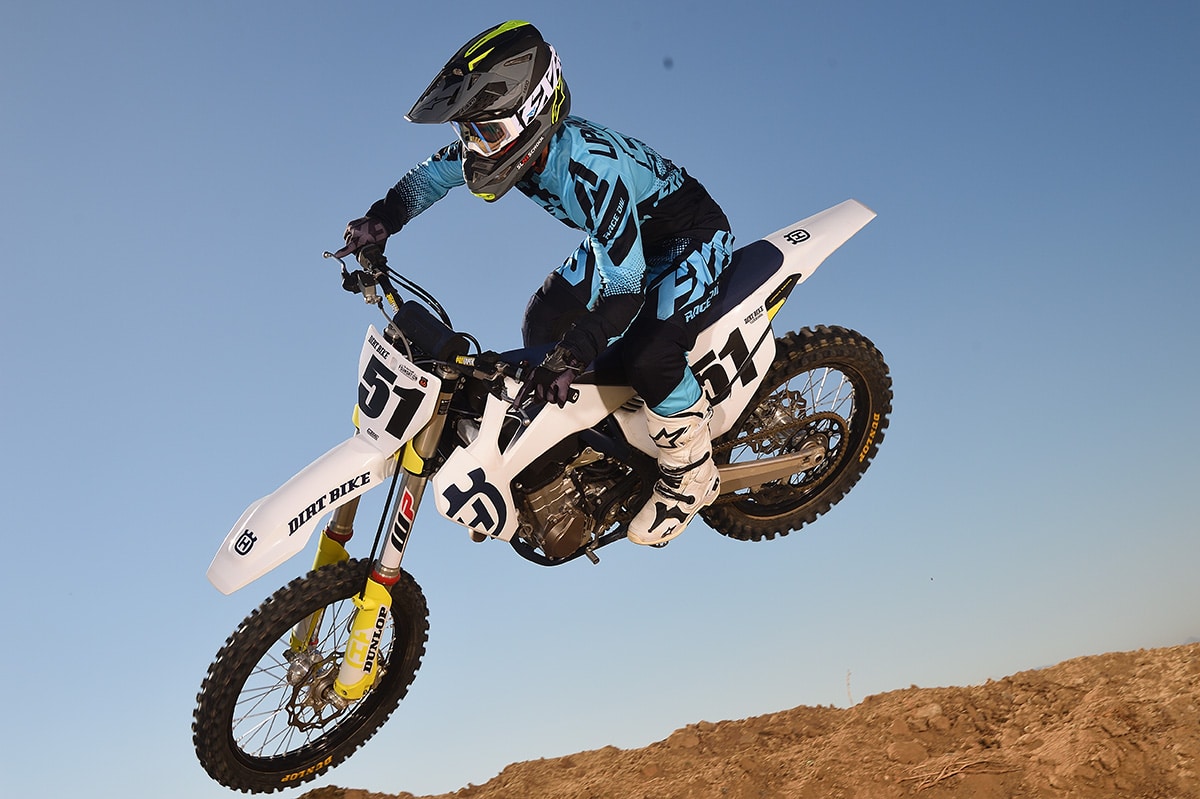 Last year, the Kawasaki KX450 won our 450 motocross shootout. It returns with no changes. The 2019 model was a complete redesign with electric start and the first hydraulic clutch on a Japanese motocross bike. Its strong points: overall handling is excellent, the suspension is well balanced, and the power is smooth. It’s much lighter than the other Japanese bikes, although still not as light as the KTM and Husqvarna. It’s weak points are that it’s not the fastest 450 and some riders dislike the controls and say the bike lacks a tight feel. 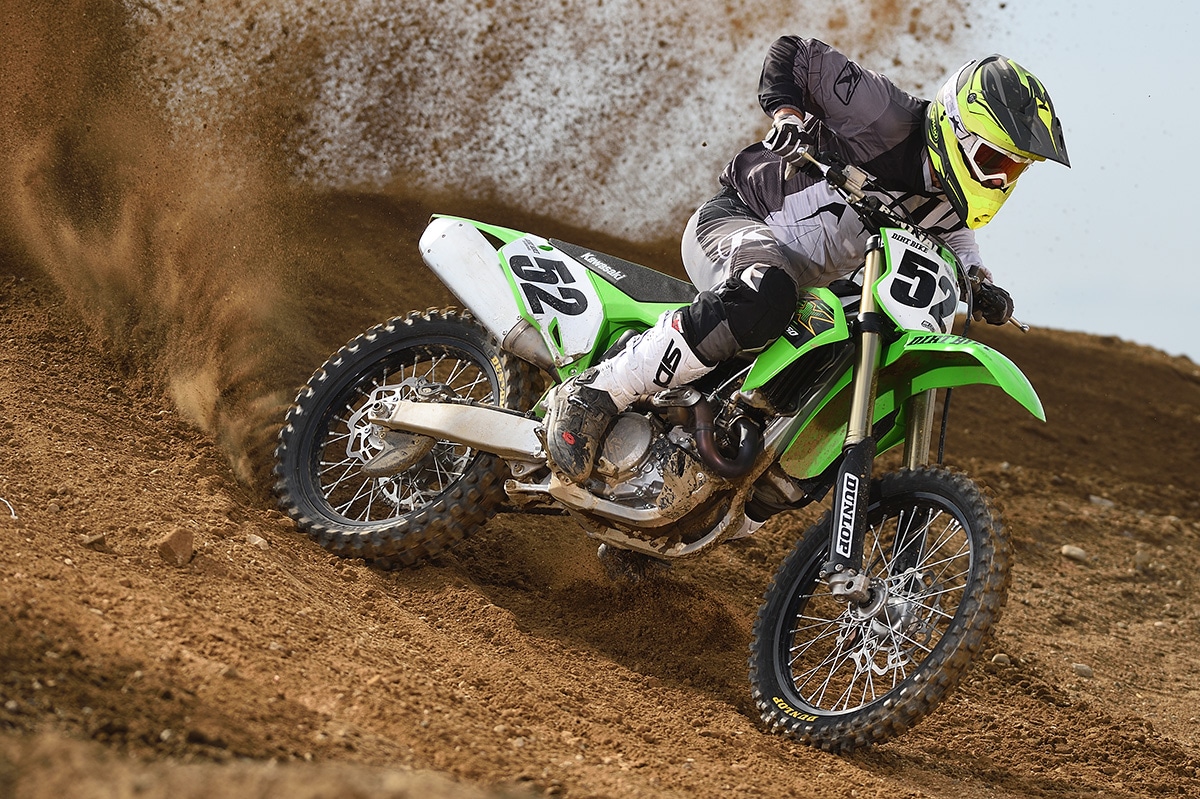 Like the Husqvarna, the 2020 KTM doesn’t have many changes. It got the new airbox cover and some suspension changes, but it’s essentially the same bike. That’s great for some riders. It received two first-place votes from test riders this year. Its strong points are that it’s light and smooth. The riders who commented that it was harsh feeling and had a soft power delivery in 2019 still complain about the same things. We like the fact that the two maps are more different than ever. In the big picture, though, no amount of button pushing changes the bike’s overall personality.

Suzuki changed nothing but the graphics on the 2020 RM-Z450. For me, this bike demonstrates how far we’v e come and how competitive the 450 class is. The RM-Z still turns well and is a sweet, well-mannered bike. Yet, it wasn’t ranked well by any of our test riders. The fact that it doesn’t have electric start and it is heavy are its main weaknesses. Yet, all the riders say they could race this bike with a little work in the suspension department. The fork works well, but is unbalanced with the rear suspension. It is the least expensive of the 450s.

The Yamaha YZ450F has the most changes of all the 2020 450 motocross bikes. It has a new head and valve train along with subtle frame changes. The star attraction is still the fact that you can change maps with a smart phone. This year the bike feels more powerful than ever, but it’s also very controllable. Hands down, it has the best overall motor. It also has the best overall suspension. Its weaknesses are that it’s still heavy and it isn’t the greatest bike in turns.

The 450 shootout is still underway, but the overall picture is taking shape. We don’t see any big shake-ups in the pecking order, although the standings will be reshuffled slightly. Stay tuned for a video and look for the full story in the December, 2019 print edition of Dirt Bike. 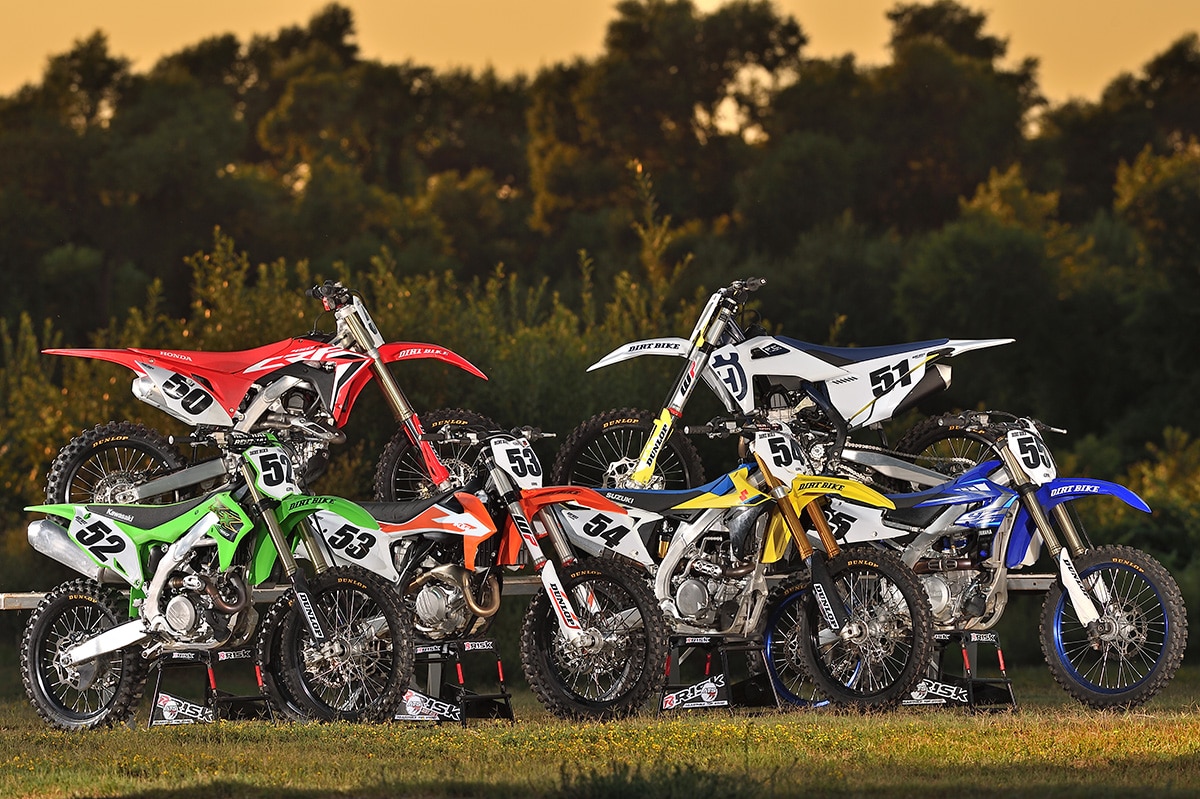