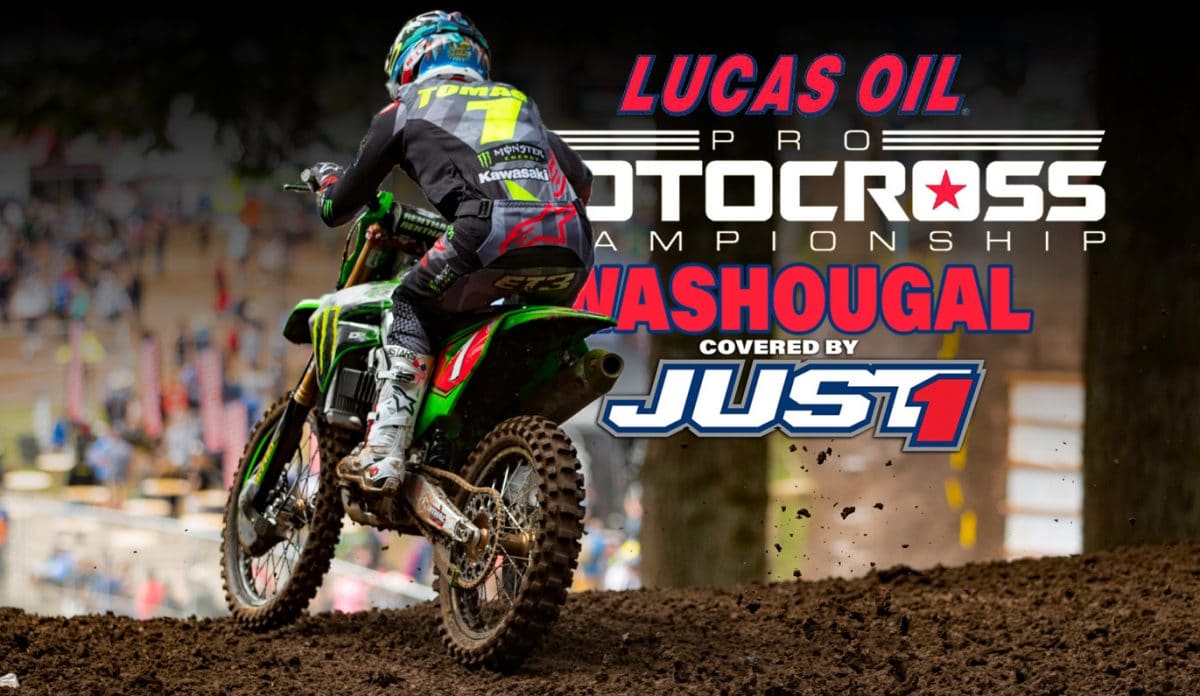 For most of the race, it looked like Ken Roczen was going to get his first moto win since six weeks ago at High Point, but an absolutely gnarly charge from the Monster Energy/Kawasaki rider of Eli Tomac took those hopes away, passing Roczen with just a little over a lap to go. Tomac came close a lap before that, too, but tipped over and let Kenny slip back away for a second. Behind Tomac and Roczen was an intense battle for third between Cooper Webb, Jason Anderson, and Joey Savatgy. Savatgy actually grabbed the holeshot and was in second for much of the moto just behind Roczen, but fell to the pressure from some of the other riders. Cooper Webb eventually finished third, followed by Jason Anderson in fourth and Joey Savatgy in fifth. Here are the remaining results from the first 450 class moto at round nine of the 2019 Lucas Oil Pro Motocross Championship: (for extended coverage of the 2019 Washougal MX National, click here)