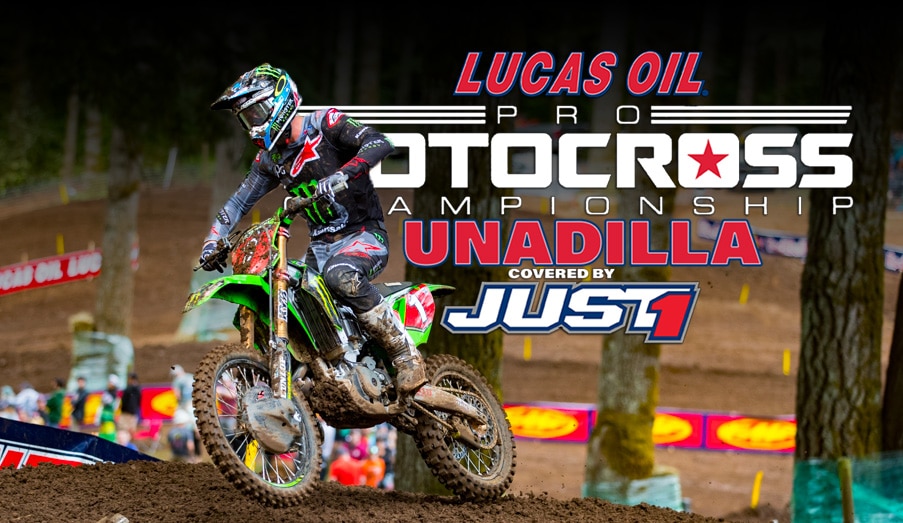 We’re down to just the last three rounds of the 2019 Lucas Oil Pro Motocross Championship already, with round ten set to start tomorrow morning in New Berlin, New York at the world famous Unadilla Motocross park. The riders have had a few weekends off over the summer, but no more breaks for the rest of this home stretch, just three weekends, back-to-back-to-back to determine this year’s champions. Unadilla always marks some big moments for the year, here’s what to lookout for this weekend: (For extended coverage of the 2019 Unadilla National MX, click here.)

As it is usually the time we hear about who will be competing for the USA at the MXoN that year. Although the two current points leaders, Eli Tomac and Adam Cianciarulo, have proven themselves more than worthy to join the list of names that have represented America in the past, Kawasaki announced this week that nobody from the Kawasaki teams will be considered for a position due to some scheduling conflicts.

This also comes at the same time that Adam Cianciarulo finally released that he will be joining Tomac on the Factory Kawasaki team on a 450 starting at this year’s Monster Energy Cup.

The weekend off last week was to refrain from any overlap of the Loretta Lynn’s Amateur National, which hosts a handful of riders that will now be making their professional debuts tomorrow at Unadilla. Three of these rookies will be under the Geico Honda tent, Carson Mumford, Jo Shimoda and Jett Lawrence.

Carson Mumford has been apart of the Amsoil Honda Amateur efforts for awhile now, being the first of the team to develop and race the Honda CRF150R for a couple of years, which led to him to big bikes and now his pro debut.

Jo Shimoda was picked up by the amateur squad almost three years ago, quickly and quietly progressing over the years with the team.

Jett Lawrence is the team’s newest prospect. Brought over with his older brother Hunter this year, Jett has made an impact in just the few short months he’s been here. He was set to come away from Loretta’s this year with two titles, but bad luck kept him from both. After turning sixteen just on Wednesday this week, Jett is ready to go for his pro debut tomorrow.

The Rockstar Energy/Husqvarna team has a rookie of their own coming out of the amateur ranks this weekend, Jalek Swoll. Swoll ended his amateur career on a high-note, leaving Loretta Lynn’s last week with the Open Pro Sport title in his hands. That confidence might just bring some good results in his pro debut.

Aside from the novelty news of the year, Eli Tomac and Adam Cianciarulo are both still carrying their respective red plates into tomorrow’s race. Tomac now has a two moto lead over Marvin Musquin back in second place, giving him a lot of breathing room on his way to a third consecutive 450 class championship in the outdoors.

Cianciarulo has a 28 point lead over his championship rival, Dylan Ferrandis, which may “only” be a little more than a one moto gap, but still provides enough comfort leading into these last few races. Dyan Ferrandis, though, has proven himself to be a threat whenever he gets a good start. We saw this at Washougal two weekends ago when he ended the day with 1-1 moto scores.