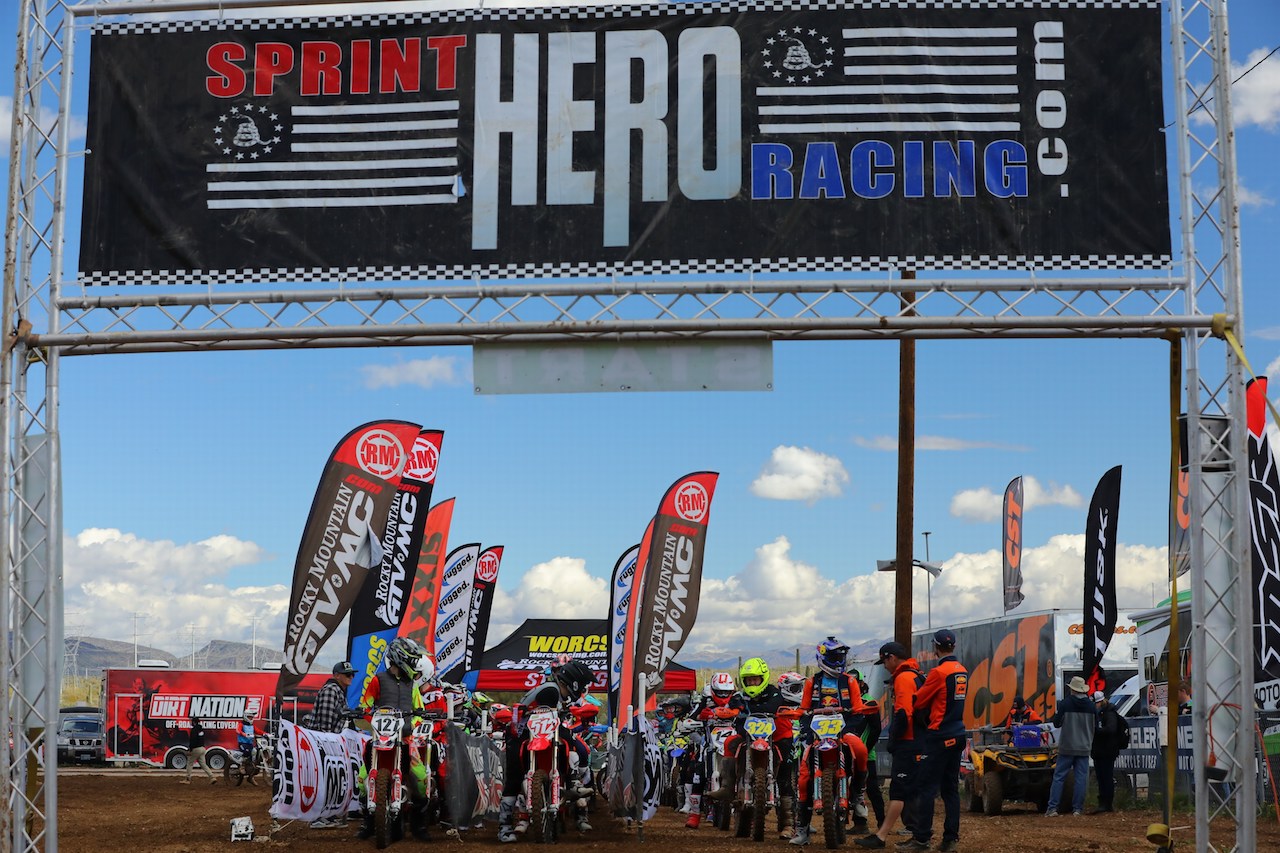 Round 2 of the 2019 Sprint Hero Racing Series sanctioned by AMA took place over the weekend at Canyon MX in Peoria, Arizona.  Just like at round one, on each of the two days there would be three motocross-oriented (“moto”) tests and three “enduro” tests, which featured more off-road terrain. Final results would be total the elapsed time of each rider over the twelve tests, with lowest total time winning.  Heavy rain on Thursday soaked the course keeping dust to a minimum all weekend long.

On Saturday, KTM mounted Robert won three of the day’s six tests, while Kawasaki mounted Zach Bell claimed the other three test-wins for the day. Despite the split in test wins, Robert came away with a ten-second lead after day one.  Robert won five of the six tests on Sunday and  finished runner-up in Cross Test 3 giving him enough points to win the weekend overall followed by Precision Concepts Kawasaki rider Zach Bell and Hatch Racing KTM mounted Gary Sutherlin.

Taylor’s comments about his weekend : “It was prime conditions since it rained all day on Thursday and the track crew did a great job laying out a fun moto test and a really technical enduro test. I was able to win eight of 12 tests for the weekend, but Zach Bell kept me honest in every single test and we had some very close test times.”

Zach’s comments on his weekend:  “The first day, I felt good all day. I won three out of the six tests. It was a good day, especially being able to beat Taylor in one of the enduro tests. So, I came into day two ready. It was all or nothing. We were going so fast, it was almost getting a little out of hand. I kept up with the pace a little bit. But this is [Taylor’s] home track, so to be that close to him, especially in the rocks, that felt really good. It was a good weekend. The bike was working great, so not much more we could ask for. This format, and the terrain, is all still a little new to me. So, to sprint in that terrain is tough. But to show the speed and keep up with Taylor, I feel like we’re really building and I just want to keep going up from here.”

Gary Sutherlin continues to be a threat to win no matter what type of racing he is doing. He finished a solid third overall at round 2 aboard his Hatch Racing backed KTM.