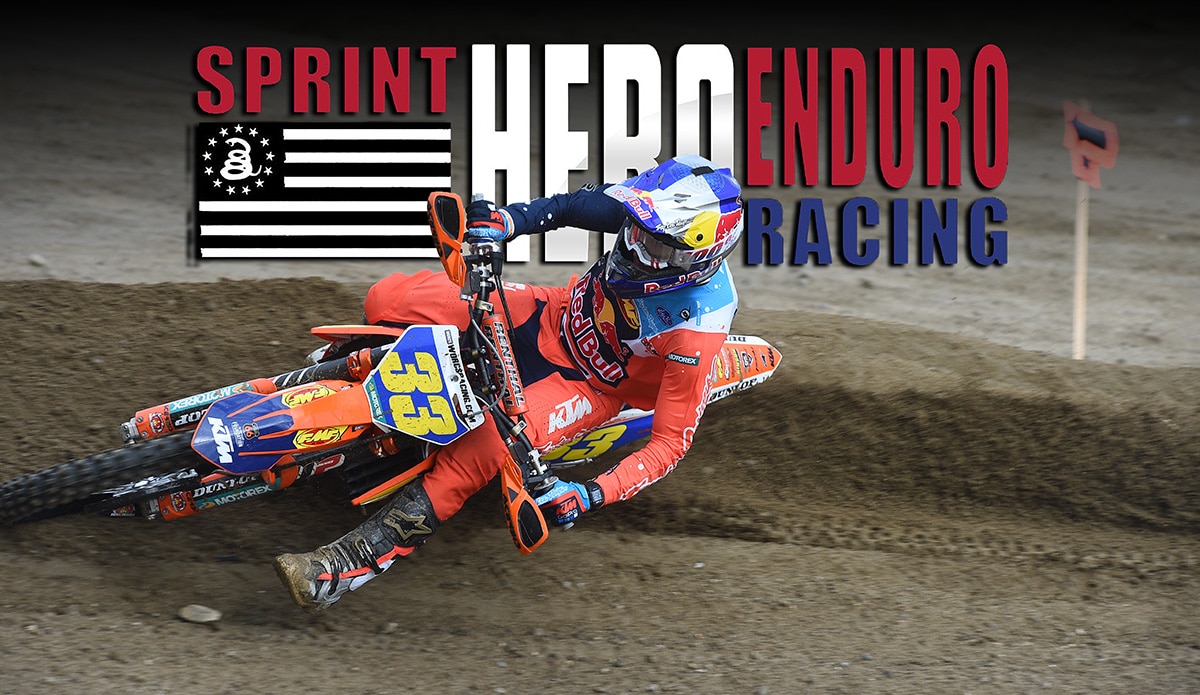 Season two of the Sprint Hero series got started this weekend at Glen Helen Raceway in San Bernardino, California. The series employs the same format used back east by the Full-Gas Sprint Enduro series, and it was brought out west by the people who put together the WORCs series. Last year, the format was new to most of the riders in the west, but it still attracted pros like Zach Bell, Taylor Robert, Ty Tremaine and Justin Jones. The eventual champion was Cole Shondeck who won through consistency. With the 2018 series, the competition looks to be more intense as more riders understand the format and more pros have committed to the series. 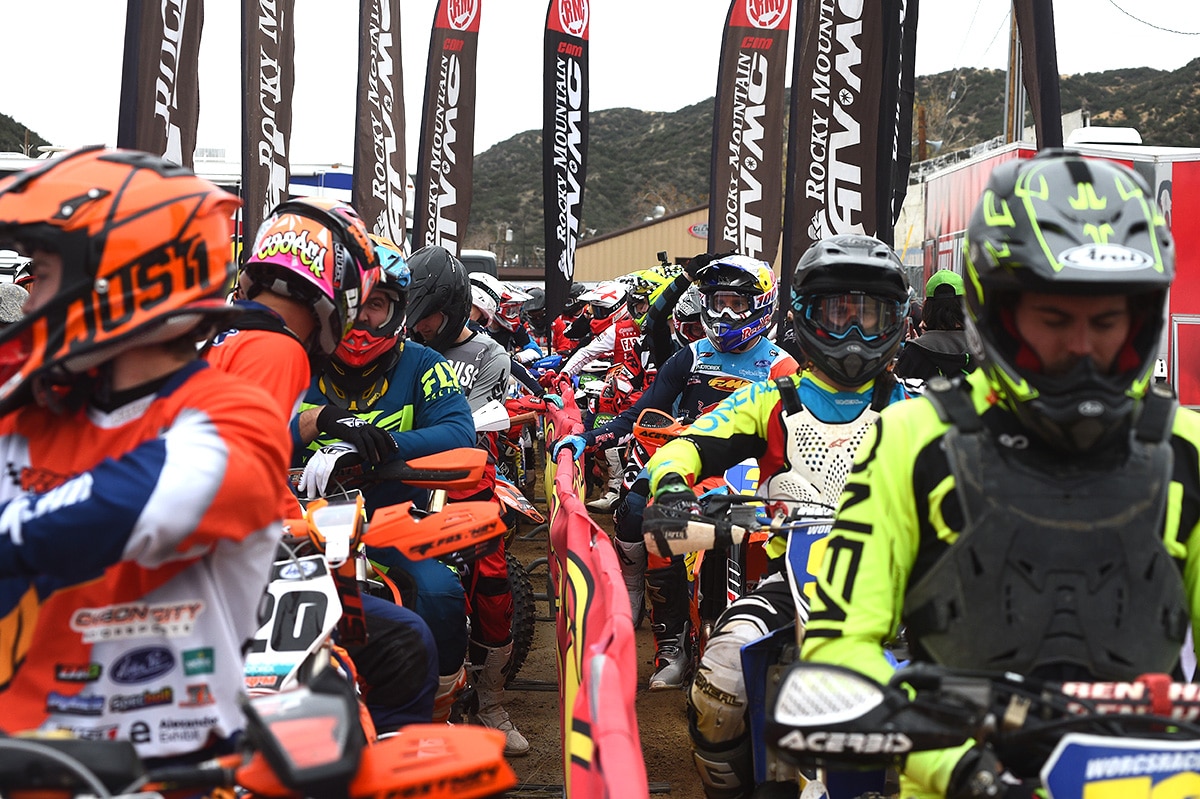 The pro line-up for the opening round was deep this weekend. Shondeck was back, with Taylor Robert and Zach Bell–who debuted his new Chaparral/Precision Concepts Kawasaki ride.  Also on a new bike was Gary Sutherlin (on a KTM) Ty Tremaine (Beta) and Ty Cullins (TM 300).

The format is fairly simple. You race three times against the clock on an extended MX track–one lap at a time. Then you do three tests on a much longer cross country test.  The same procedure is repeated the next day. By the end of  two days, you have about 90 minutes of racing in the books.The weekend at Glen Helen counted as rounds one and two of the 2019 program.

Zach Bell won this event one year ago, and it was clear that he understood the strategy. He allowed other riders to go first on  the initial motocross segment, waiting until berms had formed and the course was burned in. Then he went out, setting the fastest time of the first test over Taylor Robert, Gary Sutherlin  and Bell’s teammate Blayne Thompson. In subsequent tests, riders are queued up in order of their previous test times. Everyone had better times, but the pecking order didn’t change. Bell was still on top, and he won by even bigger margins.

That set the stage for much longer cross-country tests in the afternoon.  First, the amateur program took its turn at the motocross test while the the Pros and Pro Lites took a break. The cross country test started and finished in the same place, but had little else in common with the moto test. It went into the hills, used some of Glen Helen’s single-track trails and included a rock section that was designed for 4WD trucks. It was, basically, right up Taylor Robert’s alley.  Bell had earned a 5-second lead in the three moto tests and it was all gone after the very first cross country test, and then some. The rock section was especially advantageous for Robert, who used his EnduroCross experience to sail through. Bell’s short legs were clearly a disadvantage, plus, he experienced a minor fall near the end of the loop.

Gary Sutherlin made up time in a big way, finishing second to Robert and moving into second overall. Ty Tremaine was the rider who showed the most pronounced improvement in the cross-country loop. After finishing 12th in the combined moto tests, he jumped all the way up to fourth in the cross-country tests. Dante Oliveira, on the other hand, was equally competent ion both loops with a 6th in moto and a 5th in cross county. At the end of day one, Taylor Robert had collected a modest 28-second lead over Sutherlin.

On the second day of racing, the pecking order wouldn’t change much. Bell, once again, had the strongest performance in the combined moto tests. Robert and Sutherlin followed, with Tremaine in fourth, showing an impressive improvement in his moto technique. In the cross-country tests, though, Robert was even more dominant. He won the tests by as much as 20 seconds. Sutherlin struggled in the first cross-country test, but came back to collect second in the next two. Taylor Robert, Gary Sutherlin and Zach Bell went 1-2-3 on both days.  The win on both days gives Robert the initial points lead. Round two will be at Canyon Raceway on February 16-17th. For full results, go to sprintheroracing.com.