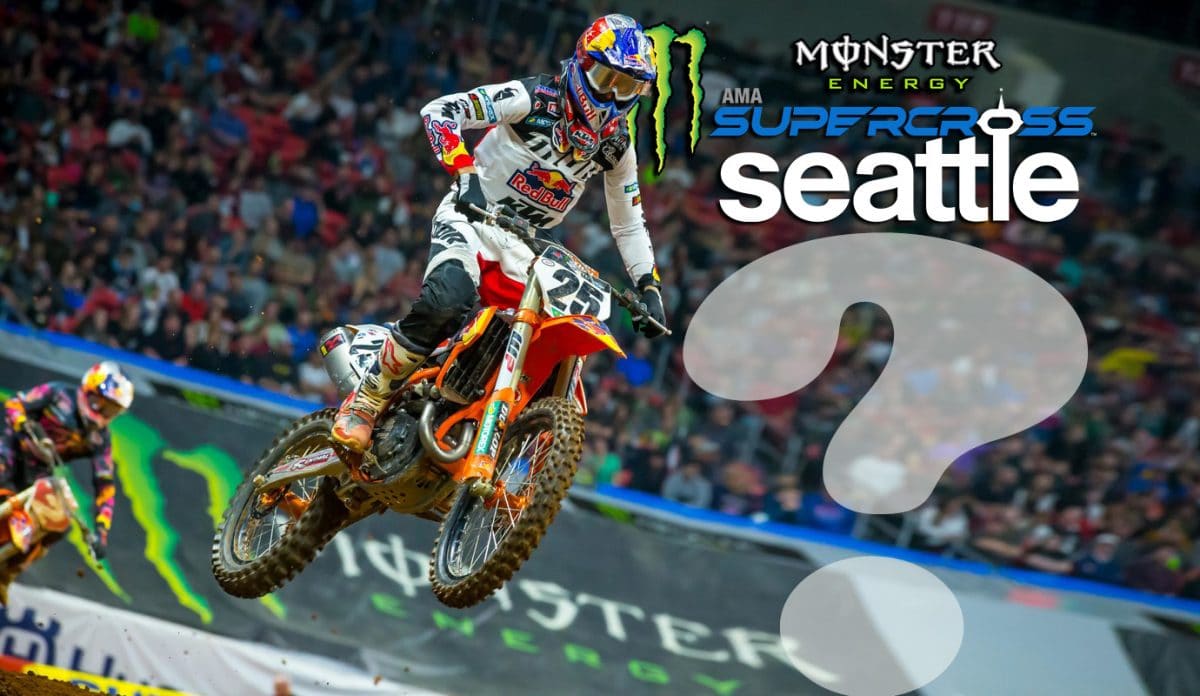 Cooper Webb came into CenturyLink Field in Seattle for round 12 of the 2019 AMA Supercross season with a 14-point lead. For his Red Bull KTM teammate Marvin Musquin, it was time to win and he knew it. Last week’s overdue win in Indy was what he needed to boost his confidence. For Eli Tomac and Kenny Roczen, it looked like the season might have already slipped away.  Tomac needed 21 points to catch up to Webb; Roczen needed 27.

Zach Osborne pulled a rare holeshot in the 450 main, but it was Marvin Musquin who was in front within a few turns. The pivotal incident of the race happened behind those riders when Chad Reed crashed and was run over by Kyle Chisholm. The red cross flag came out and when the riders came through on the second lap, they were expected to roll the jumps. Musquin, however, jumped two small jumps triggering an instant review by officials. In the course of the race, Musquin pulled out a decent lead, while Ken Roczen followed without making any real challenges.  Behind those two, Cole Seely, Eli Tomac, Joey Savatgy and Cooper Webb mixed it up lap after lap. Musquin won with his traditional heal clicker, not remembering what happened on the second lap. “I was leading and with all the nerves and excitement, I jumped. I was slowing down, but it was too late.” The affair is under review at this time, but official results will be here as soon as they are made available. For extended coverage of the 2019 Seattle Supercross, click here.

UPDATE: AFTER REVIEW, OFFICIAL RESULTS HAVE BEEN RELEASED WITH MARVIN MUSQUIN LISTED AS THE WINNER. HE WOULD NOT, HOWEVER, BE AWARDED  FULL  POINTS FOR THE WIN. THERE WILL BE MORE ON THIS IN THE POST-RACE REPORT.

Roczen is back! Kenny Roczen started third behind Blake Baggett and Marvin Musquin, the riders who went one-two last week in Indy. Within three laps, he passed them both.  Musquin passed Baggett after a few laps, and then started to creep back up on Roczen. In the end, it wasn’t quite enough. In the meantime,  Cole Seely and Zach Osborne caught Baggett and passed him. In the final laps, Osborne passed Seely for third in his best showing so far on the 450. 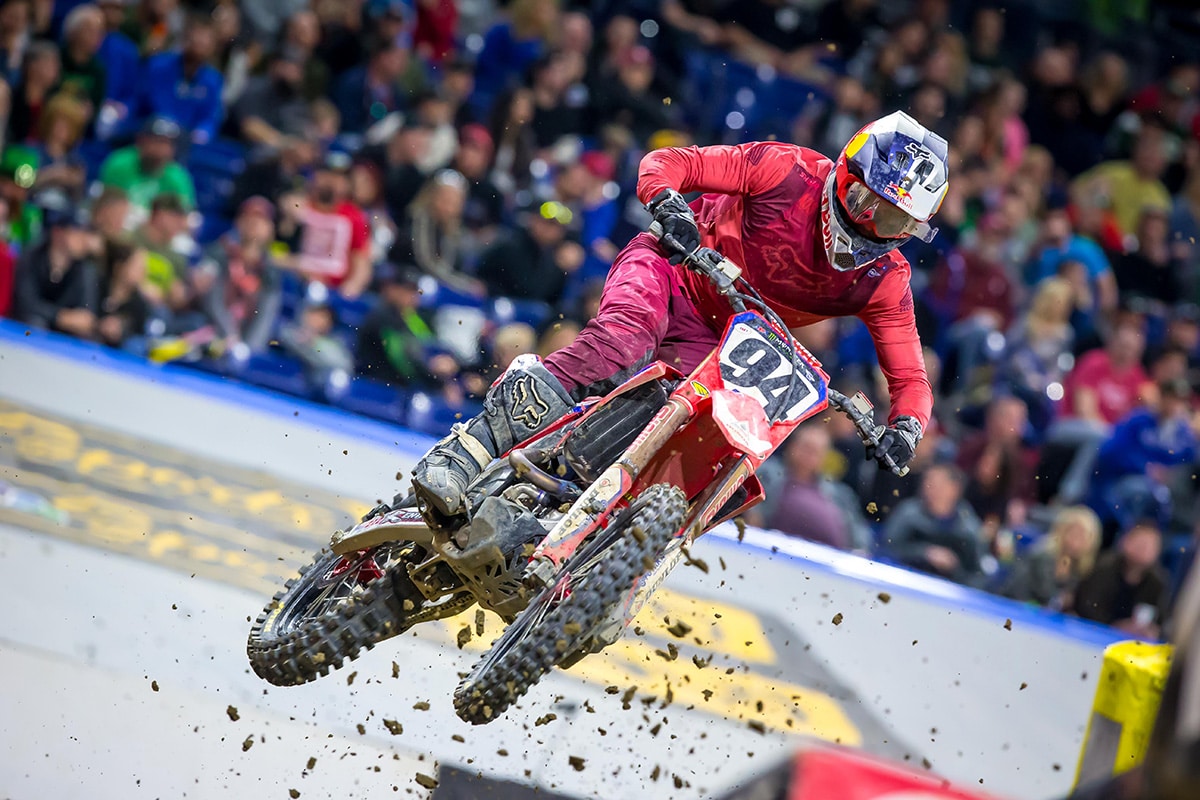 The second heat for the 450 class stared off with the battle that everyone has wanted all season. Cooper Webb was in front with Eli Tomac right on his rear fender. On top of that, fast qualifier Dean Wilson was third with rookie sensation Joey Savatgy next. Halfway through the race, Tomac pulled up beside Webb in the whoops, but couldn’t make the pass.  As the race wound down, Tomac was all over Webb, but the track was getting trickier, and he just couldn’t crack the code on the whoop section.  Wilson and Savtagy were the only ones clearing a double/triple combo in third and fourth. They raced to the very end, never losing sight of the leaders. Chad Reed was fifth throughout the race.

Josh Grant came back to AMA Supercross as a fill-in rider for Aaron Plessinger on the Monster Energy Yamaha team. He was obviously a little rusty and fell in his heat, finishing one spot out of a qualifying position and sending him to the Last Chance Qualifier. That race actually went even worse for him. He fell in the whoops while he was in a qualifying position. Then, just went he looked like he might get that spot back on the final lap, he fell again. That meant that Ben Lamay, Ryan Breece, Alex Ray and Austin Politelli got the final gates in the main.

When both timed practice sessions concluded, it was Rockstar Husqvarna’s Dean Wilson on top, showing confidence that stems from his heat win last week. It was a fast, dry course without any of the rain that was forecast. As usual, the times were tightly grouped, with nine riders within a second. Cooper Webb might have been back in 11th, but that was just 1.2 seconds back. Nothing to be concerned with for Webb fans.