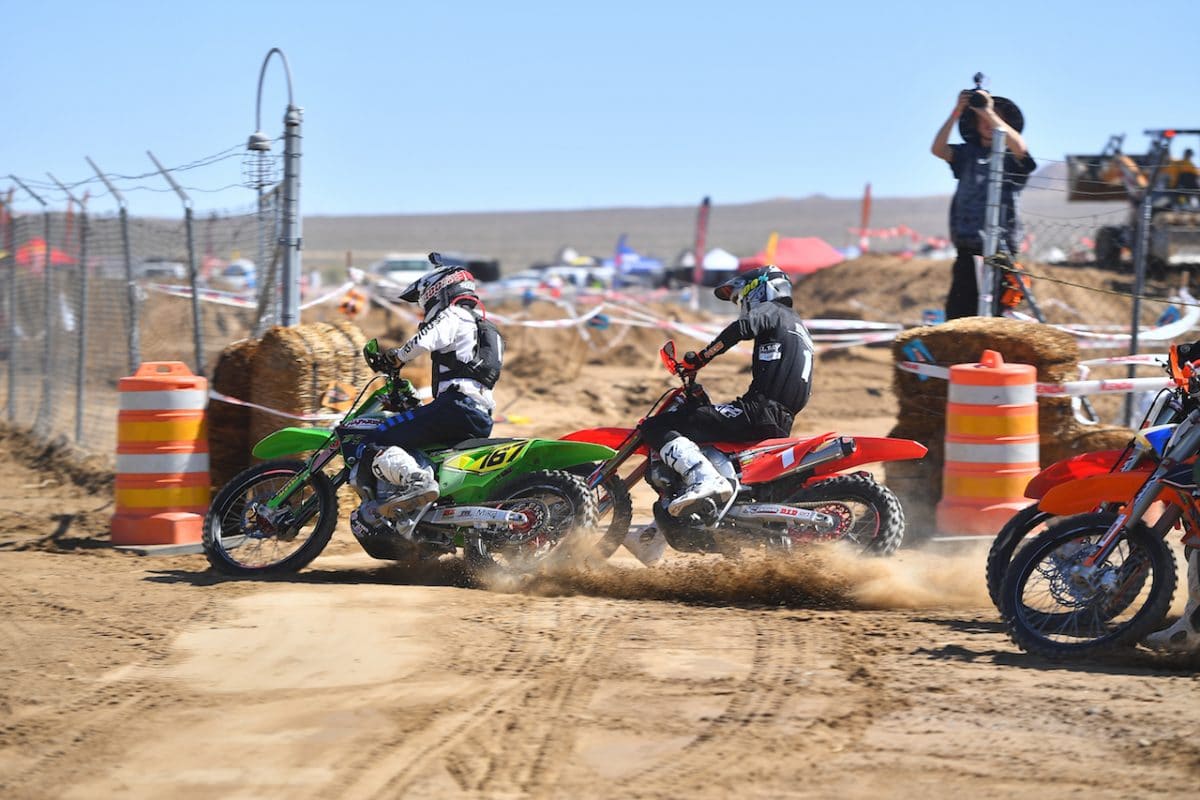 The summer break is over and racing action picked up right where it left off with JCR Honda’s Trevor Stewart battling it out with Precision Concept Kawasaki riders Zach Bell and Blayne Thompson in the Pro class main event. Bell and Stewart would bang bars up front from the start with Thompson coming from behind to join the three rider fight. In the end the Precision Concepts Kawasaki riders would come out on top with Zach Bell taking the win followed by teammate Blayne Thompson and JCR Honda’s Trevor Stewart. 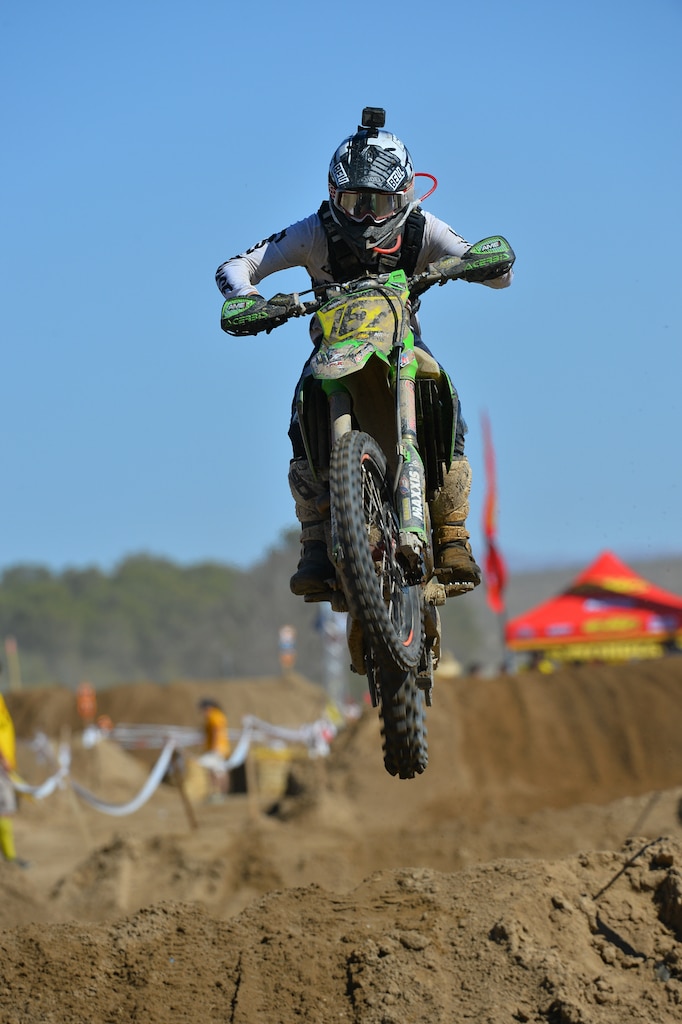 Zach Bell put his Precision Concepts Kawasaki KX450 on the top step of the podium in  Ridgecrest. 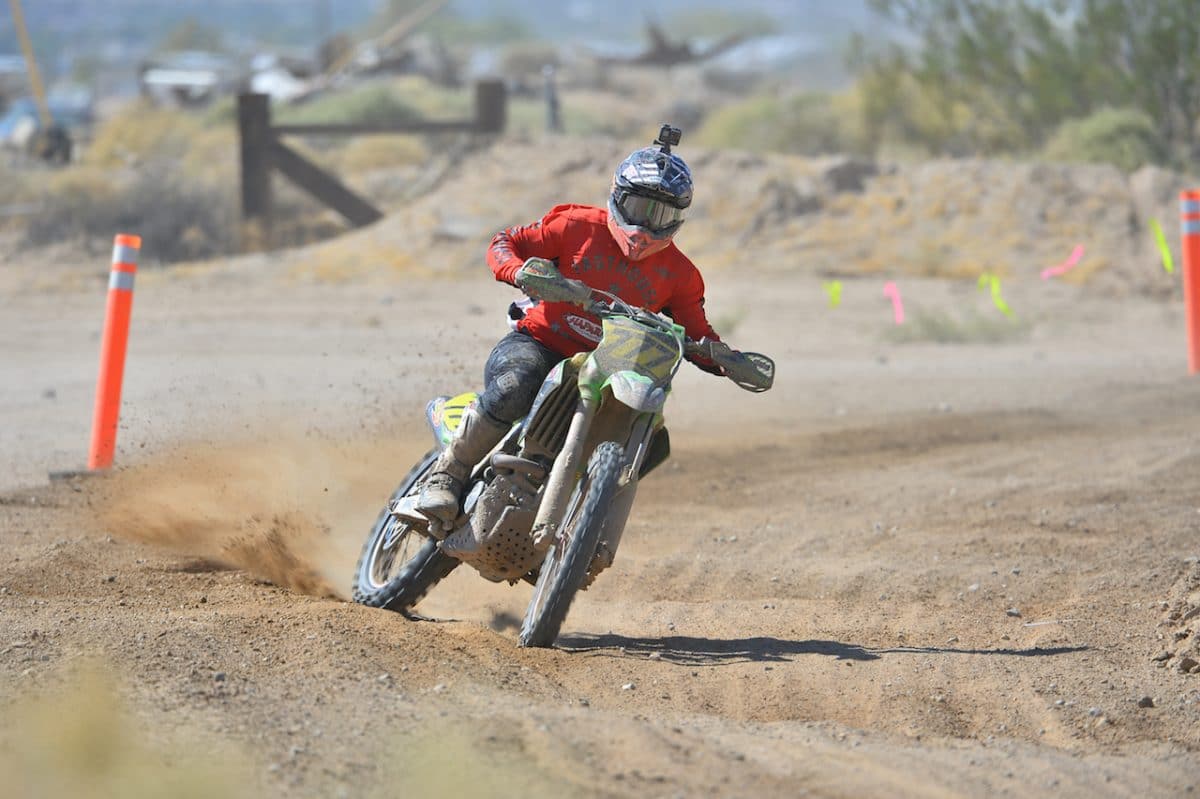 Blayne Thompson is finally injury free and it shows. Thompson came away with second place on the day and looks forward to next round.

JCR Honda rider Trevor Stewart ran up front all race long and rounded out the podium in third for the day. 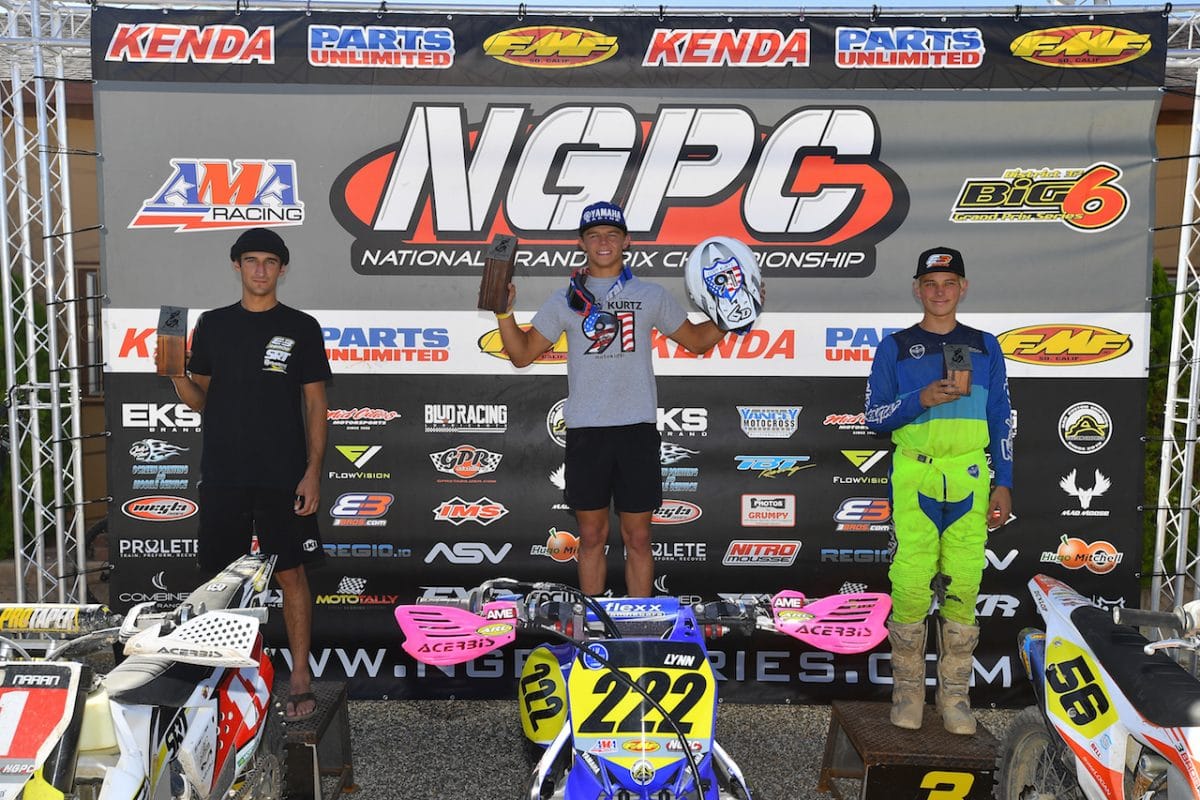 The Pro-2 podium was Tyler Lynn followed by Ciaran Naran and Shane Logan.