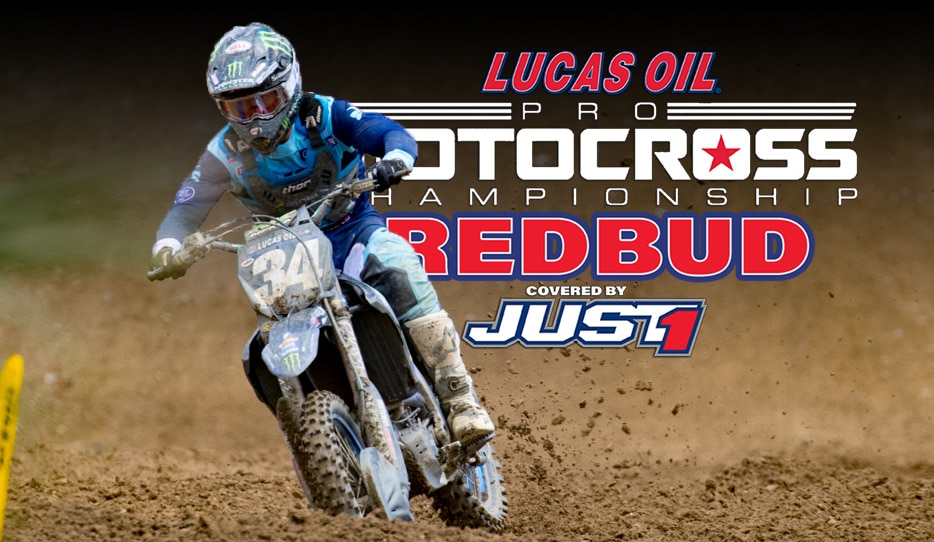 In unusual fashion, the number 26 of Alex Martin grabbed the first 250 moto holeshot and led the rest of the field into a hectic first lap. Before crossing the finish line for the first time in the moto, Adam Cianciarulo had passed for the lead, then Dylan Ferrandis passed Adam for the lead, Ferrandis’ teammate Justin Cooper almost went over the bars in some soft dirt and much more chaos than that went down. Ferrandis eventually won the moto with a hard charging RJ Hampshire finishing in second. Alex Martin had a podium position locked down for the entire moto, but a few laps from the end his bike began smoking and finally let go just three turns from the end. Martin’s mechanical allowed Cianciarulo into third, but a controversial track re-entry early cost him four positions, pushing him back to seventh for moto one. This put Justin Cooper into third and his teammate Ty Masterpool in fourth. Here are the full results from the first 250 class moto at round seven of the 2019 Lucas Oil Pro Motocross Championship: (For extended coverage of the 2019 Red Bud National MX, click here)