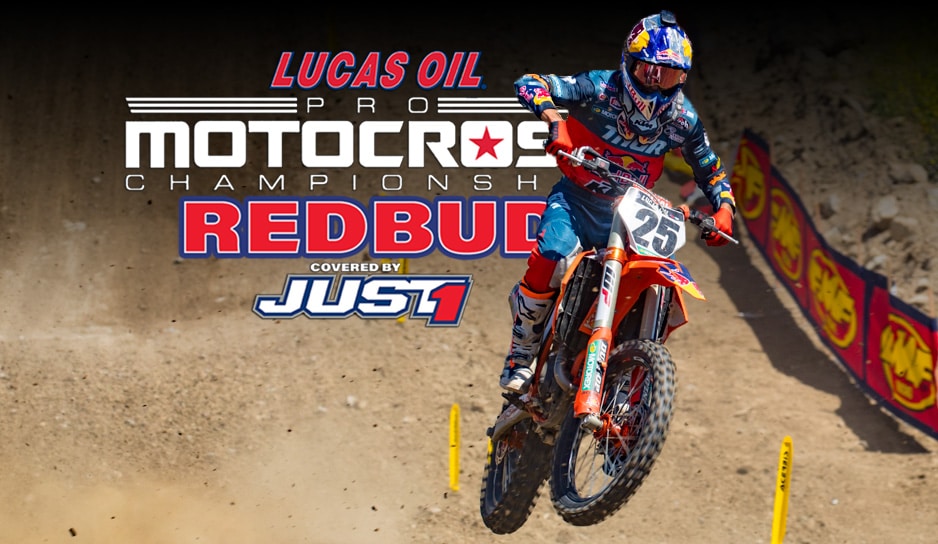 We’re past the midway point now of the 2019 Lucas Oil Pro Motocross Championship with the last six races of the series left to go. Round seven of the outdoors brings the racing to probably the most exciting venue of the year, Red Bud MX in Buchanan, Michigan. (For extended coverage of the 2019 Red Bud National MX, click here)

Although a fan favorite, Red Bud hasn’t always treated all of the riders all that well. Just last October, the Motocross of Nations was held there where Team USA riders Eli Tomac, Justin Barcia and Aaron Plessinger were poised to bring home the Chamberlain trophy on their own soil, but were left with a disappointing fifth overall on the weekend and Tomac coming away with the group’s only top five moto finish. Eli didn’t have that great of a ride there on the national circuit last year, either, scoring 36-9 in his motos. Furthermore, the two time champ has only won at Red Bud once in his 450 class career.

Most riders share a similar story, as Ken Roczen is the only rider in the field to have multiple Red Bud victories in the 450 class. In fact, other than Ken Roczen, Ryan Dungey and Ricky Carmichael are the only other riders to win more than once in the last 15 years (Carmichael won seven straight, from ’01-’07).

Marvin Musquin is definitely a strong candidate to add another win at Red Bud to his career, coming off of back to back overall wins now at rounds five and six, where the tracks were rough and sandy, similar to how the track was prepped for the MXoN race last year. Musquin was also the overall winner at the last Red Bud National in 2018, so be sure to expect him back out front.

Zach Osborne has got to be feeling pretty good coming into the seventh round of the series, grabbing his first moto win of his 450 career during the second moto last weekend. The Rockstar Energy/Husqvarna rider also won the 250 class overall the last time he attended the Red Bud national back in 2017, so he might still know the fast lines around the Michigan track.

The 250 class of riders tell a bit of a different story. None of the current members amongst the field have ever won the Red Bud National, Jeremy Martin being the only exception if he were to line up this weekend, which he is not. Past winners such as Aaron Plessinger, Zach Osborne, Ken Roczen and others have all since moved on up to the premier class, leaving tomorrow’s overall win up to somebody new. The current points leader Adam Cianciarulo certainly is a favorite to win, as he’s won the last five of six nationals so far this Summer and carries a 23-point lead over second.

The Star Racing/Yamaha rider of Dylan Ferrandis now has two moto wins under his belt this year, one coming in the final 250 class moto last weekend at Southwick. The French rider also had a good ride there at the MXoN race for his home country, putting in 6-8 overall moto scores, which was really a 2-4 in the MX2 class individually, so he could be a threat for the 250 class win as well.

Ferrandis’ teammate Justin Cooper continues to be a threat for the overall win week in and week out, but still sits in second behind Cianciarulo in the points chase. Cooper had a less than impressive first ride at the Michigan facility last year, but with the speed he has picked up this season there’s no telling what we could see out of him this weekend.

The way the racing has been going this year, no amount of past successes seem to play a part in the weekend’s results, so there’s really no telling what to expect tomorrow other than the fact that there are a handful of riders in either class with the potential to win and they’re all giving it 110%. Plus, with the race falling on Fourth of July weekend and having the largest national attendance on the whole circuit, the Red Bud National is sure to be as wild as ever. Which reminds me, CAN I GET A RED BUDDD!!!