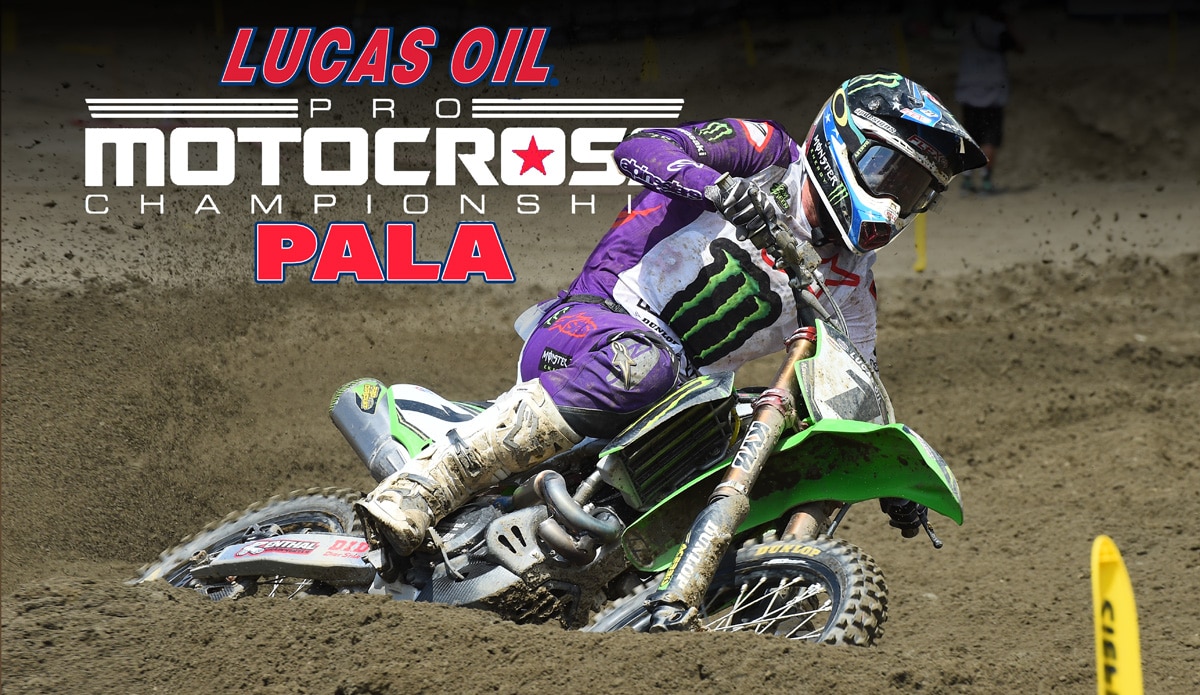 Eli Tomac  made one of his classic charges from the back in moto one of the Lucas Oil Pro Motocross at Fox Raceway this week. At the start he could only watch as Ken Roczen beat out Blake Baggett on the way to the first turn. Roczen started to set sail after that. Baggett crashed out and Marvin Musquin passed Jason Anderson for second. Tomac was up to around fifth place after a few laps, but he had Cooper Webb in front of him and he can be a very difficult man to pass. As the race went on, it only got closer up front, eventually turning into a four-way battle for the lead. Tomac passed Webb, Anderson,  Musquin and eventually Roczen to take the lead and the win.

“Luckily the lead guys didn’t get away,” said Tomac. “At one point I wasn’t feel so hot, but about halfway I started feeling better and kept trucking along.”

Roczen was clearly frustrated to have lost the lead so late in the race. “I made a couple of big mistakes,” he said. “I didn’t feel so hot in that moto and I didn’t have it toward the end. I’ll have to watch the 250s and see if I can learn something.” For extended coverage of the Fox Raceway National MX, click here.