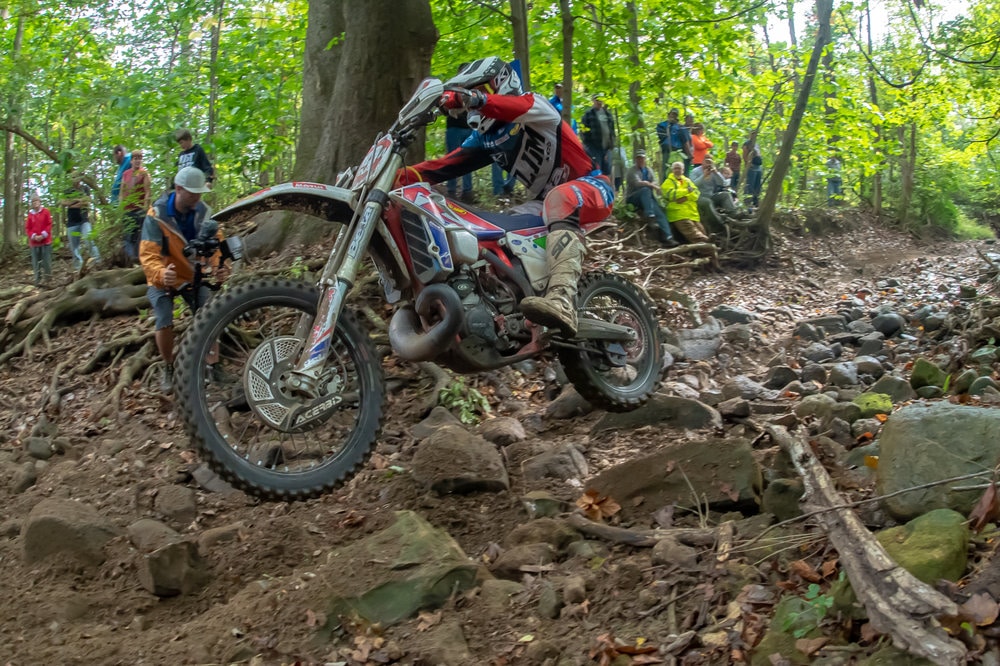 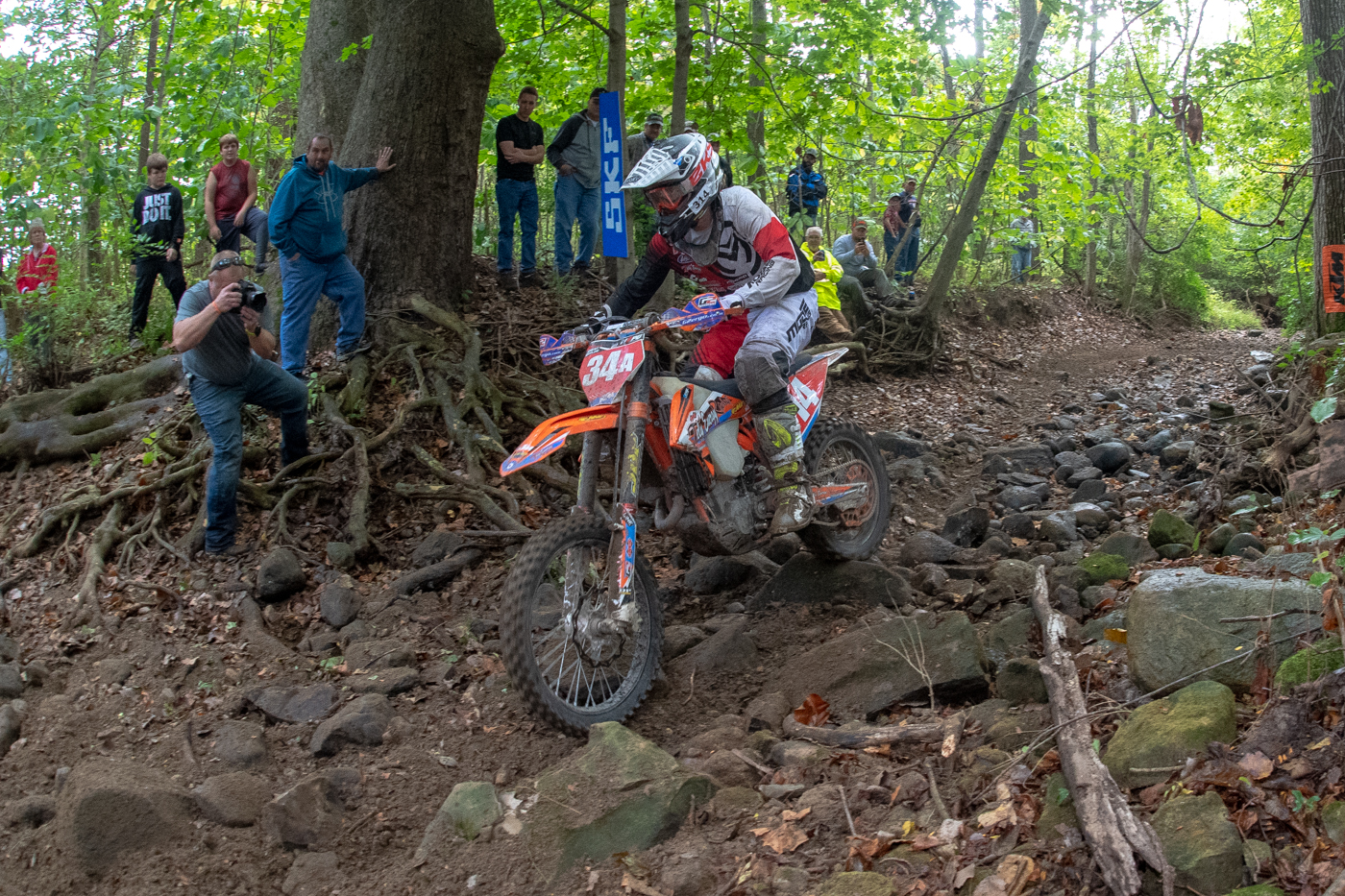 The Baylor brothers continued their domination of the Kenda AMA National Enduro Series by finishing first and second for the sixth time this year at this weekend’s Muddobbers National Enduro in Matthews, Indiana.

Grant got the win this time, winning all six tests to beat out his older brother by 1:27 minutes. It was the second time this year Grant has won every test. With this victory, the Tely Energy Racing KTM rider stayed mathematically in the hunt for the 2019 championship title, although it’s a longshot as he sits 31 points behind Steward in the standings with just two rounds remaining. 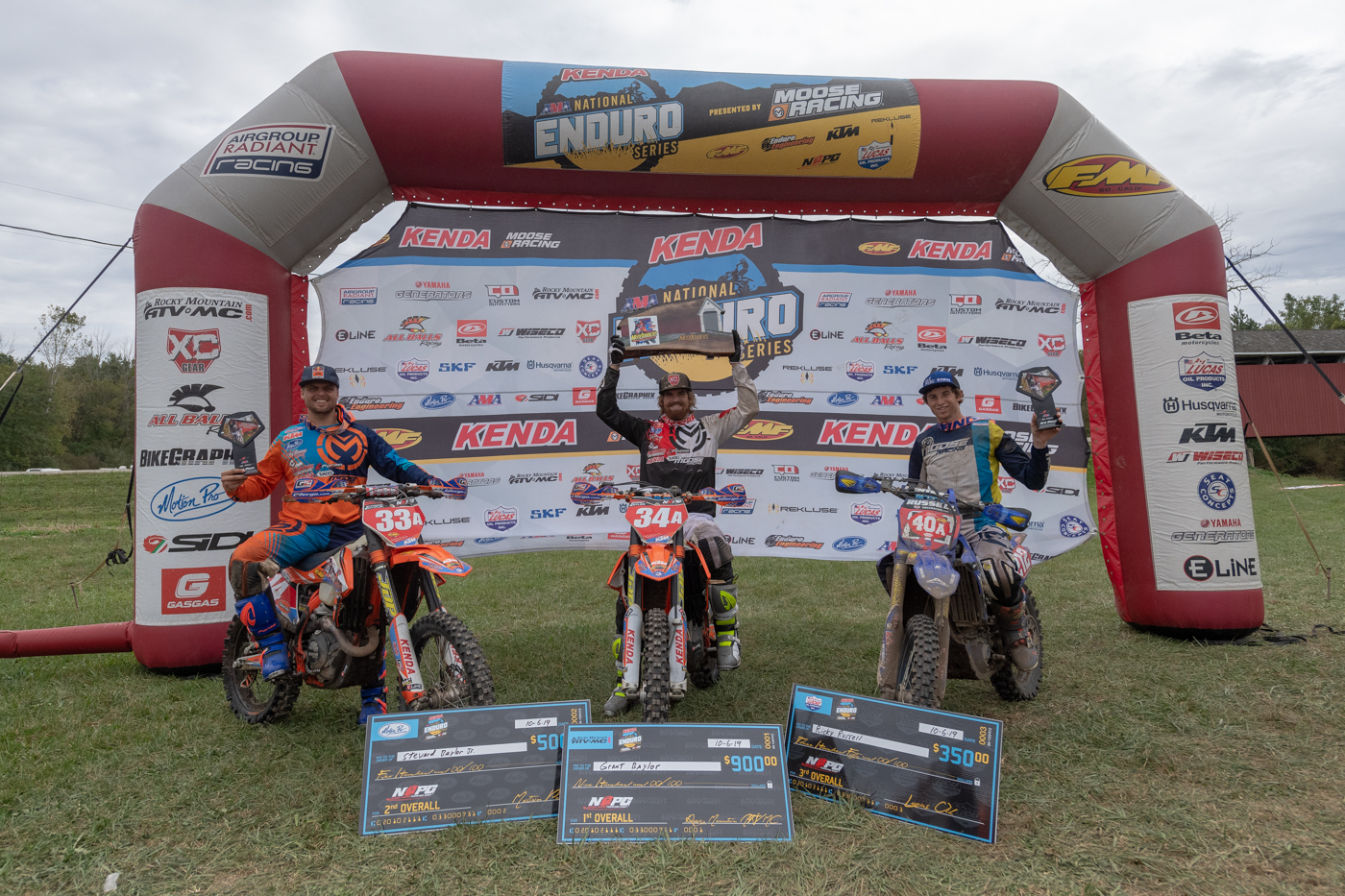 “This is probably my favorite enduro of the series,” said Grant. “I always have a lot of fun here and the trails are awesome.”

Grant started out the day with a big win in test one. After that he just put it on cruise control.

“I think I won the first test by about thirty seconds,” added Grant. “Then after that I just kind of started clicking them away. It was a flawless day.”

As he usually does, Steward got off to a slow start. However, he picked up the pace near the end of the race to slip past Ricky Russell to claim the runner-up slot. With two races remaining, Steward’s main focus is on the championship.

“With the championship on the line, anything can go wrong,” said Steward. “So, for most of the day I rode consistent. I knew I didn’t need to push it too hard with the points gap that I have. I’ve got to focus on the championship more than anything.” 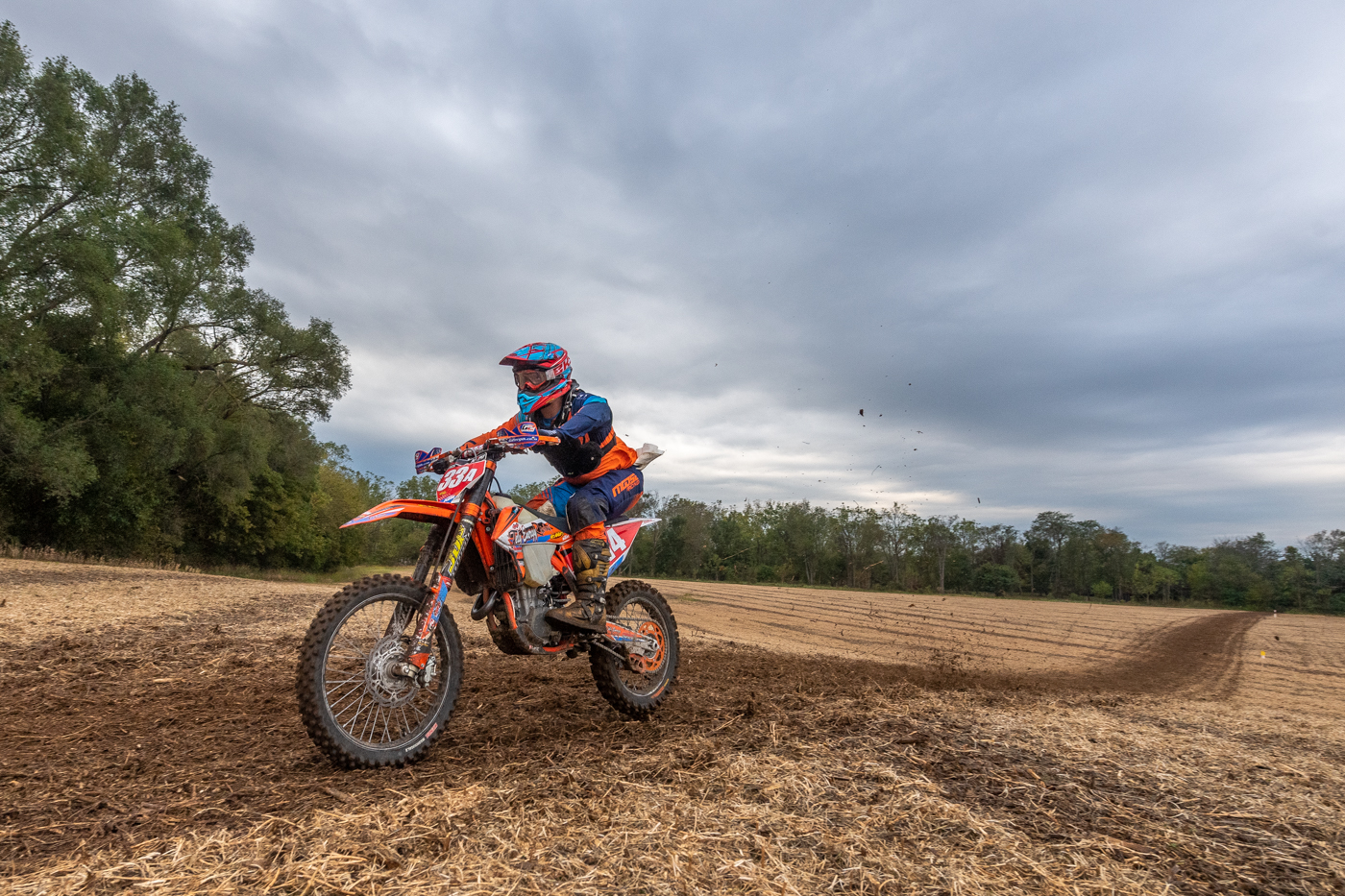 Ricky Russell was a surprise entry. The Am Pro Yamaha rider also surprised everyone (and himself) by landing on the podium with a third.

Russell had been in the Midwest attending the AIMExpo and decided to stick around for the enduro. He’s also thinking about riding the series in 2020, so it was a good opportunity to get his feet wet.

The Indiana race marked just the second enduro Russell had ever ridden so he came into it not knowing what to expect. 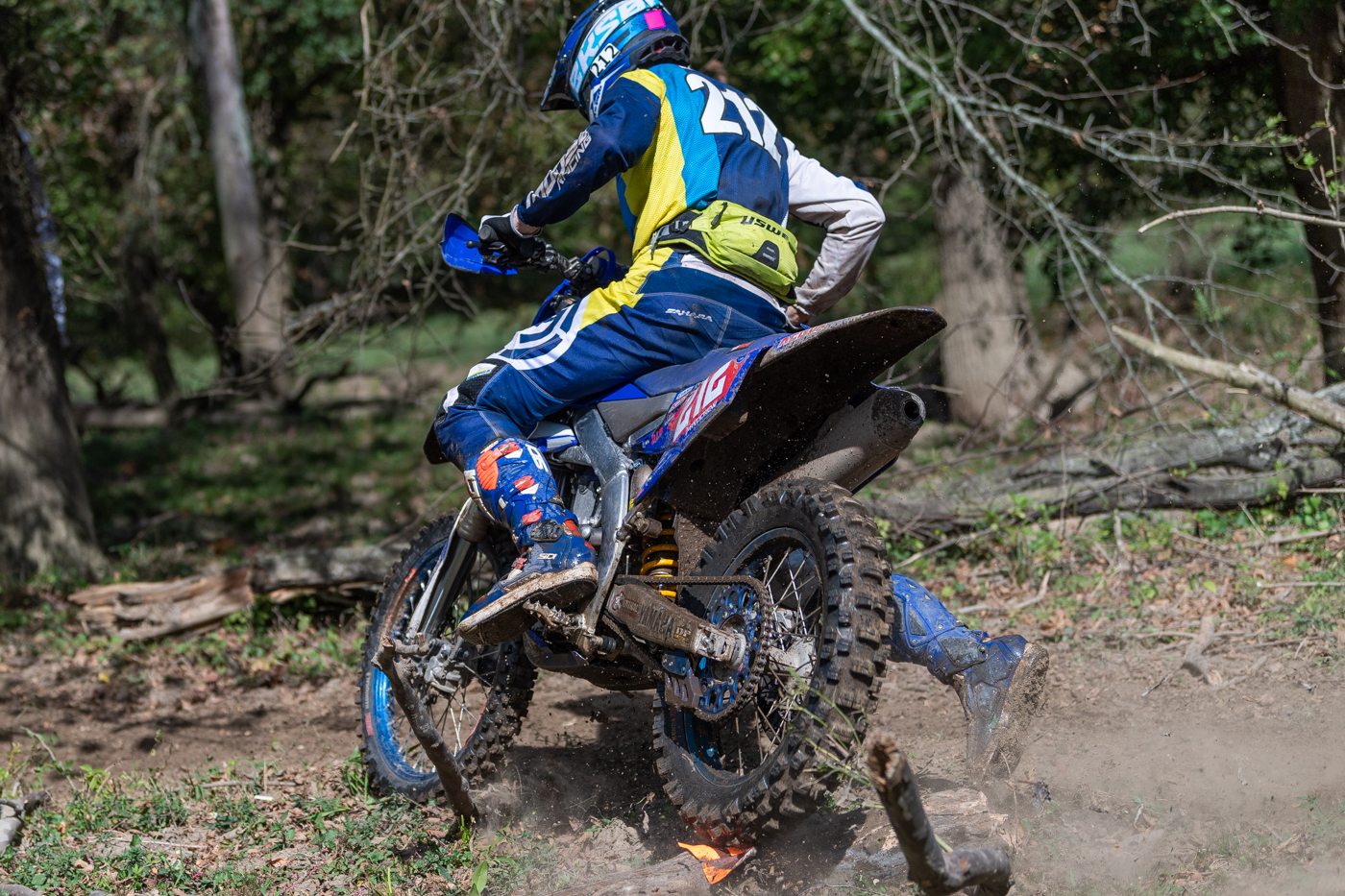 “I really didn’t know where I fit in against these guys,” said Russell. “I usually struggle at these, but I finished second in the first three tests, so I was second place behind Grant at the halfway point. I was like, ‘man, I’m beating Stew’. I know Stew is the master at these so I felt good. Then I got kind of smoked on the fourth test, and then the sixth test I went through a creek really fast and my bike shut off. I sat there turning it over for probably ten to fifteen seconds. Then I rode way over my head after that to try to make up the time. But I’m happy to get third.”

Husqvarna/Max Motorsports/FXR’s Evan Smith battled back and forth with GasGas North America’s Thorn Devlin for fourth place. A great ride in the fifth test where he posted the third-fastest time was good enough to give Smith fourth overall ahead of Devlin by just 16 seconds.

Liam Draper was seventh overall and first in the NE Pro2 class. The Tely Energy Racing KTM rider suffered a hard crash in test two but managed to recover to claim the class win. 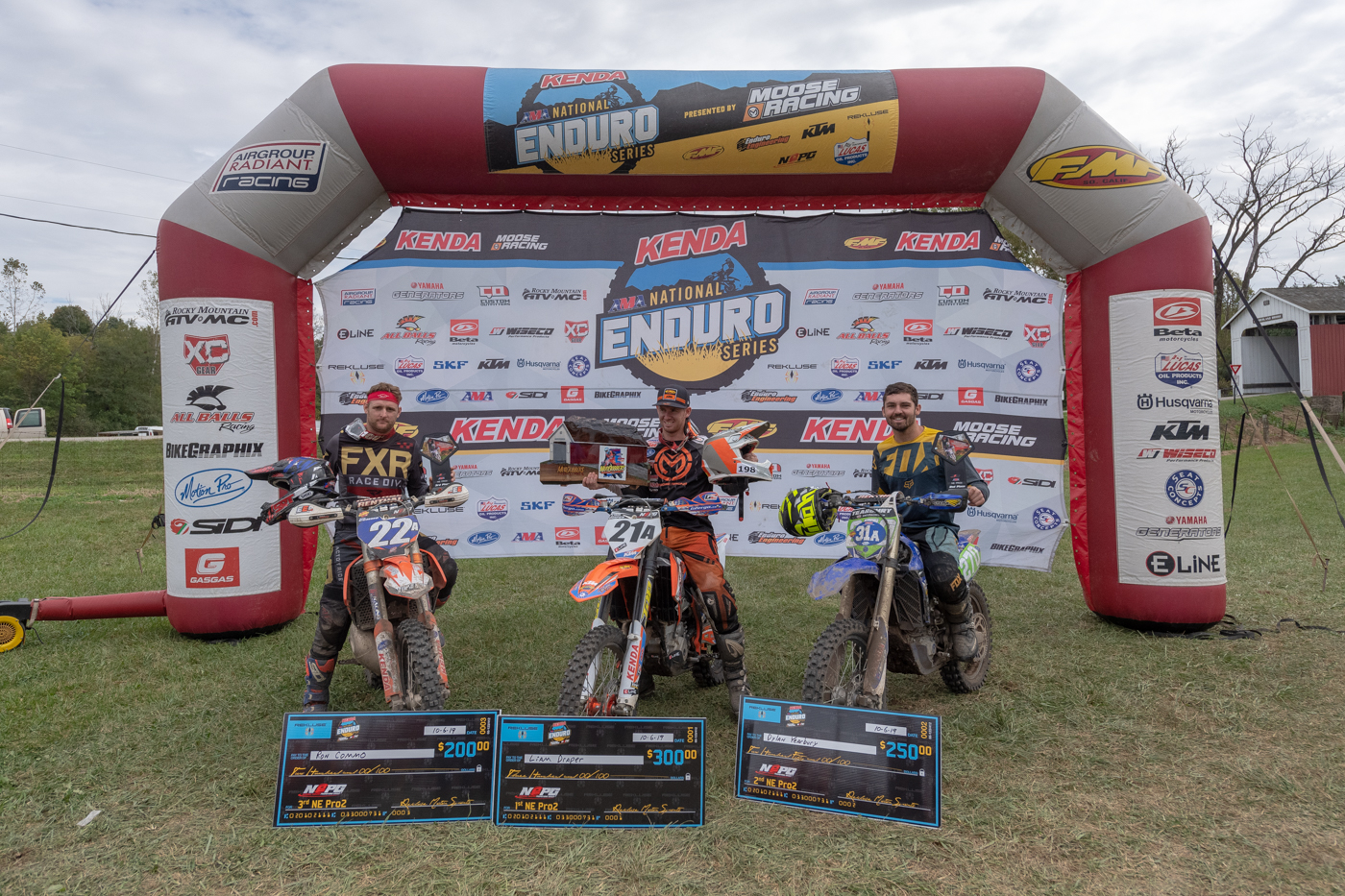 New Zealander Dylan Yearbury finished eighth on an Am Pro Yamaha, while XC Gear/Enduro Engineering/Husqvarna’s Jake Froman, who recently returned to the series from an injury, was a solid ninth. 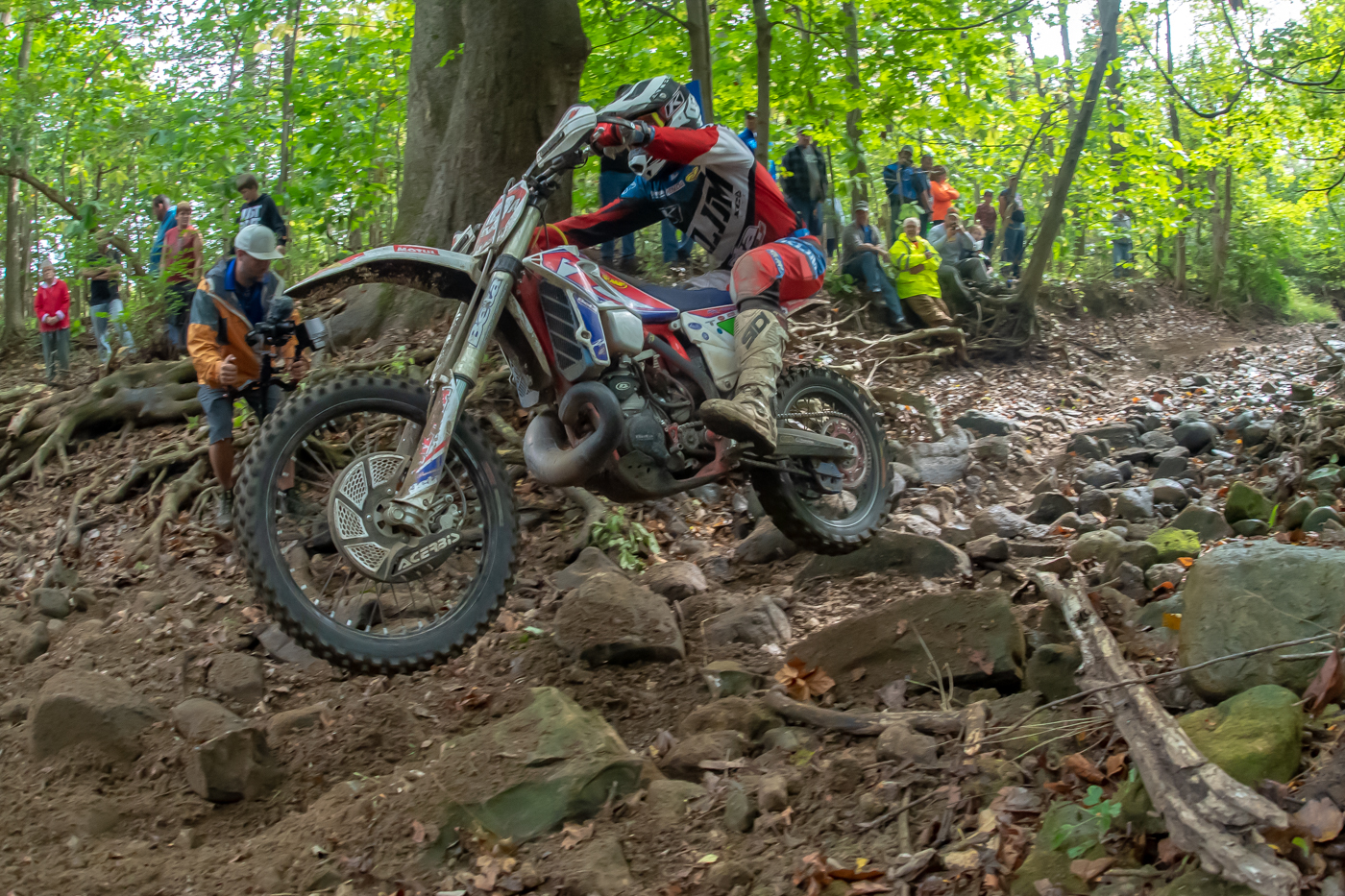 “It was a different kind of challenging,” said Gerston. “I’m not used to charging that hard through stuff that tight. Having to go really, really fast through those tight trees, man, that was challenging, but I had fun for sure.”

Gerston has a hare-scramble title on the line out on the west coast and most certainly didn’t want to jeopardize his chances.

Mackenzie Tricker wrapped up the Women’s Elite title with an impressive win in Indiana. The Mepmx/Fly/Grizzly Peak/Traveler’s Rest Speedway/KTM rider won all five of the tests in the class and beat out Am Pro Yamaha’s Rachel Archer by 3:29 minutes, and also topping the B class overall, despite riding with a sore shoulder. 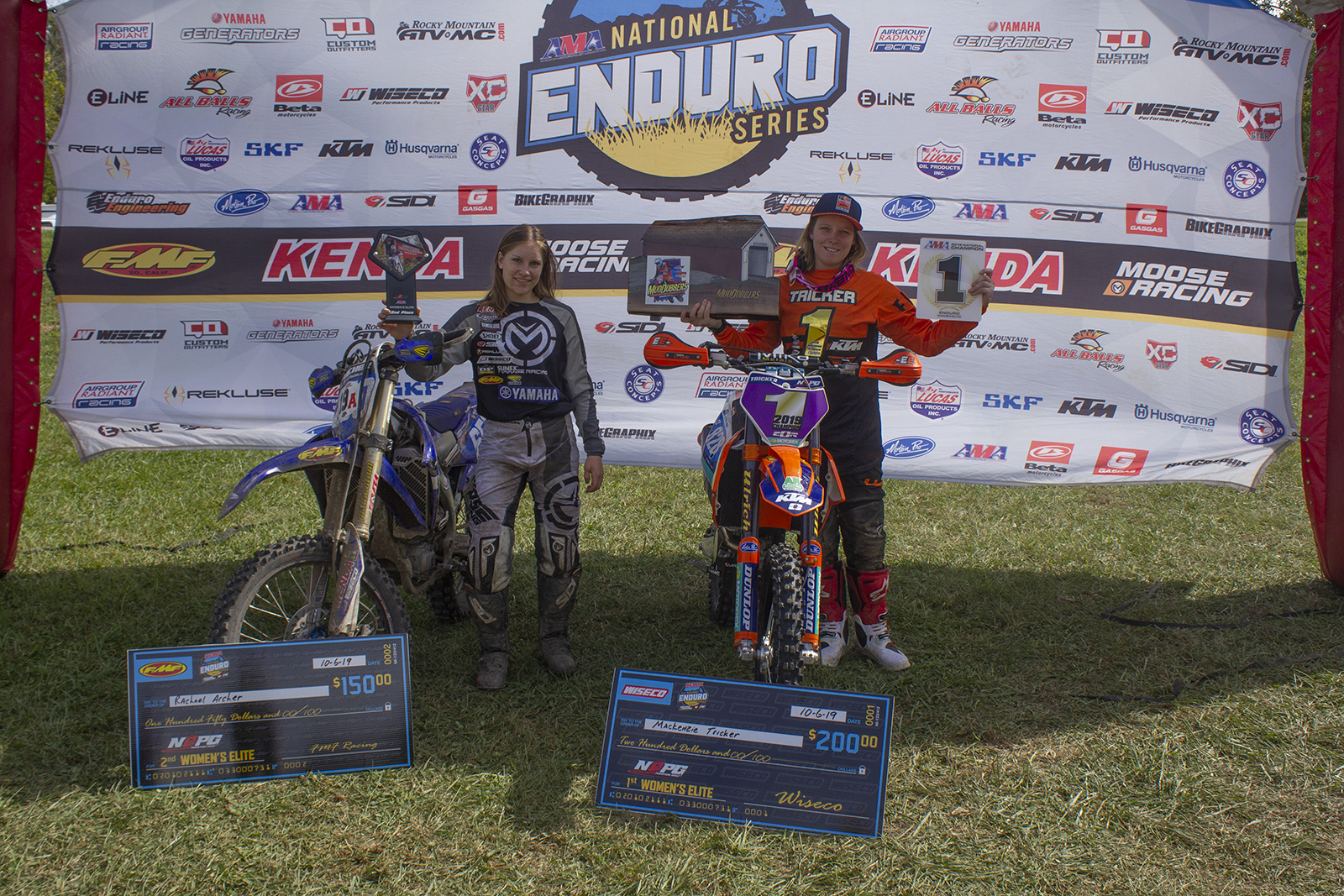 “I injured my shoulder two weeks ago at the GNCC and I ended up re-breaking my scapula that I injured in ’17,” said Tricker. “I just took a lot of ibuprofen today and did what I had to do. I crashed in test three, but they ended up dropping it. Other than that, I rode good. I’m stoked.”

Tricker win seven of the eight races held so far this year en route to her championship.

“I come from a motocross background, so the last thing I ever thought I would do would be win a national enduro championship,” said Tricker. “So it’s great. I love enduro racing. Hopefully there’s more championships ahead and maybe in some other off-road series as well.” 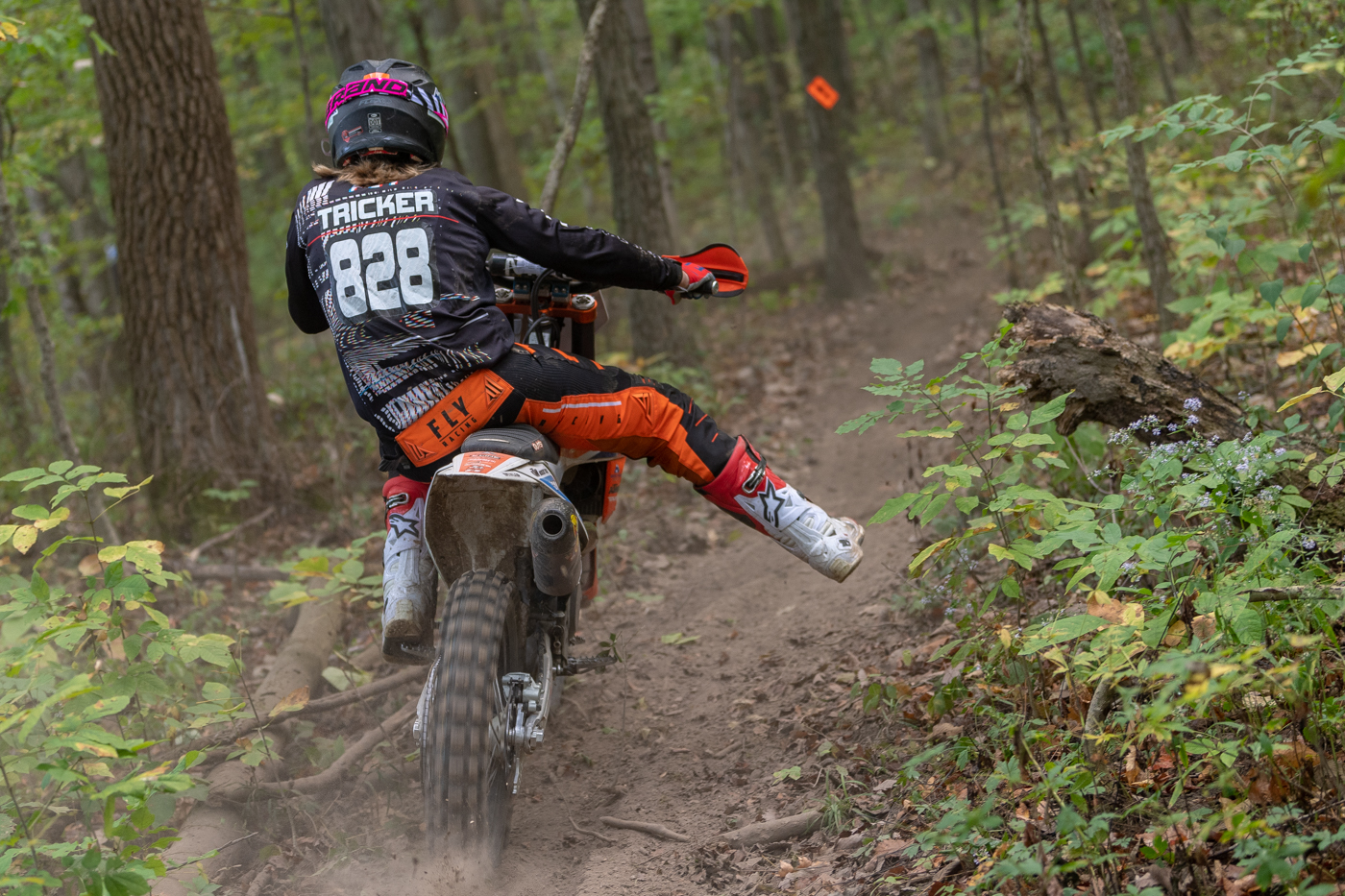