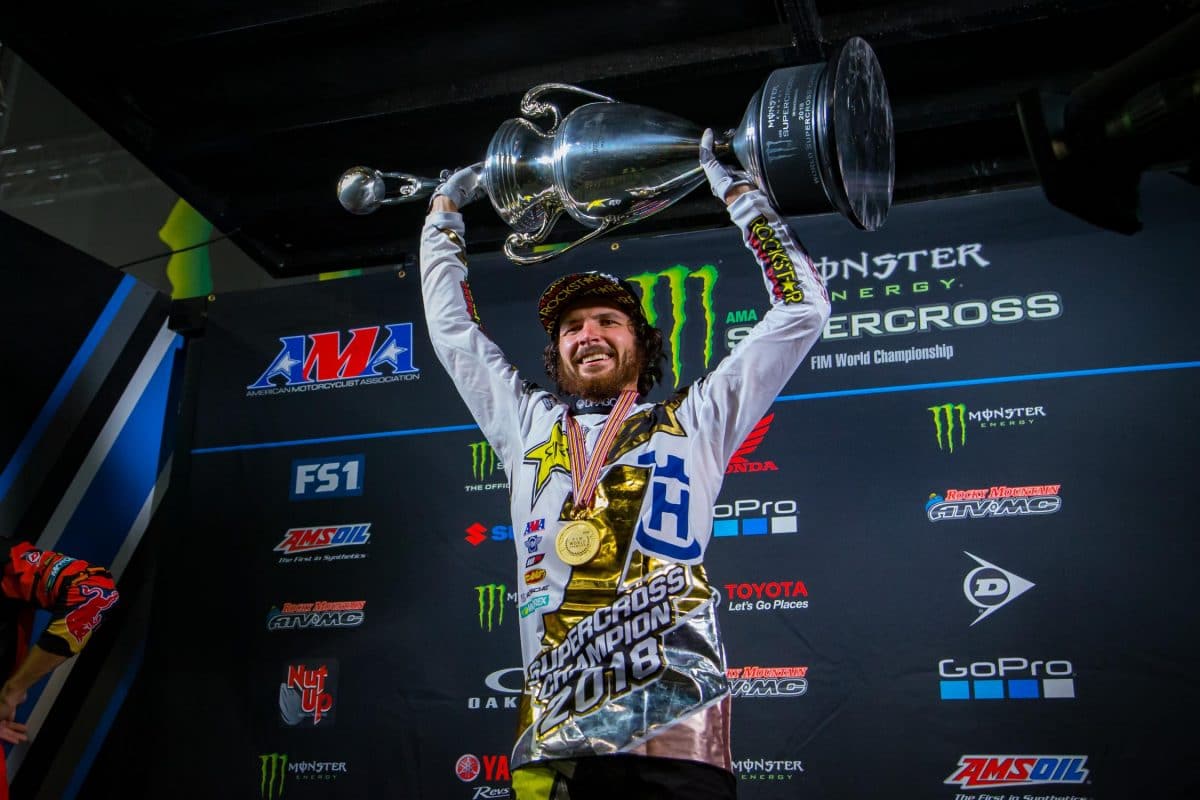 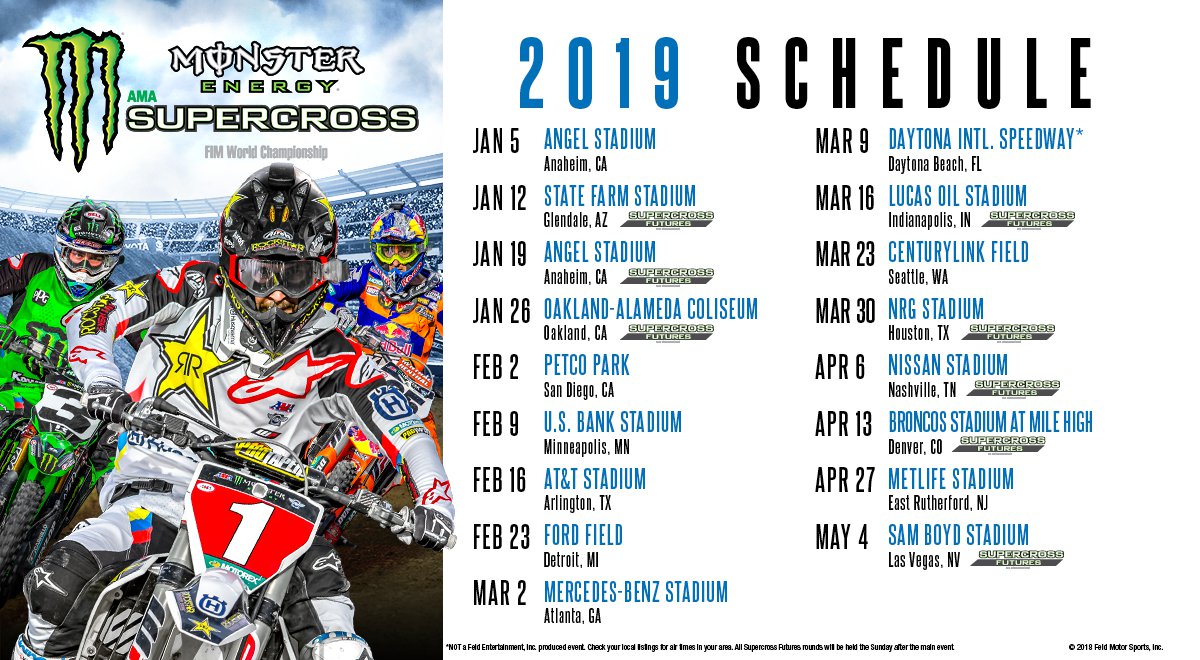 Monster Energy Supercross announced its 2019 Schedule with 17 stops on the calendar. Highlights of the 2019 schedule include the notable addition of Nashville’s Nissan Stadium for the first time in the sport’s 45-year history before swinging through Denver’s Broncos Stadium at Mile High for the first time since 1996. The series will commence at Angel Stadium in Anaheim Stadium in Anaheim, Calif., which has hosted the most rounds in the history of Supercross, and continues virtually nonstop, returning to Ford Field in Detroit, Mich. and MetLife Stadium in East Rutherford, N.J., which were both last on the schedule in 2017.