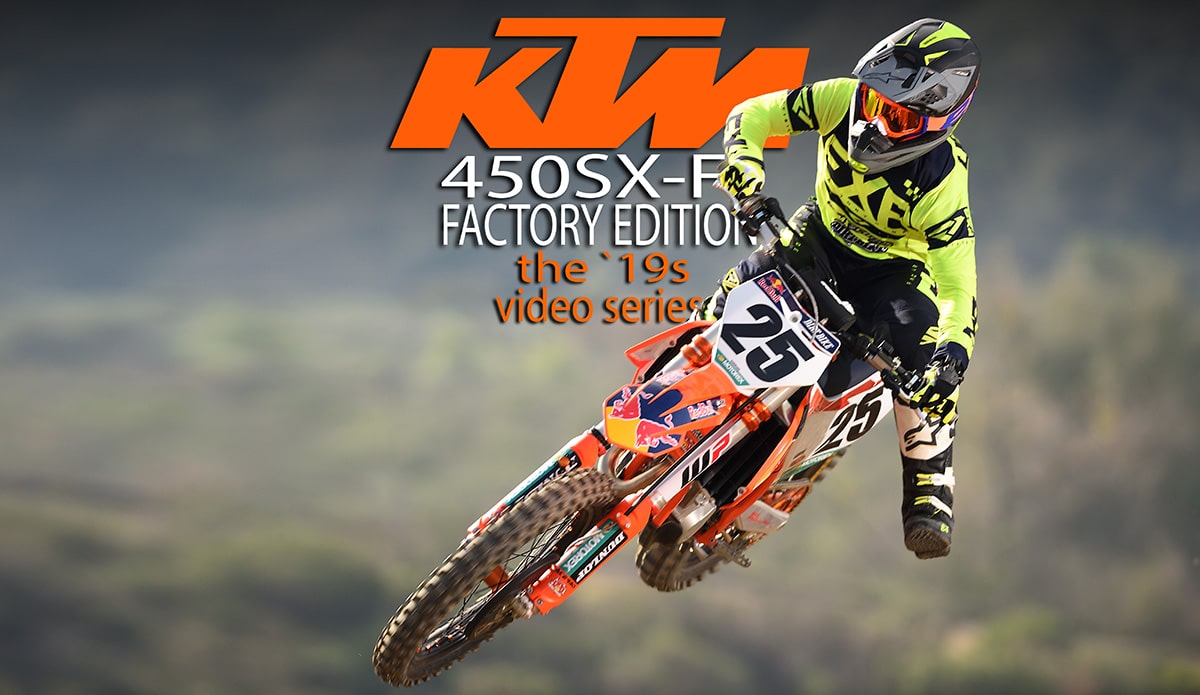 The 2019 1/2 KTM 450SX-F is showing up at KTM dealers within a week or so, and once again, it’s likely to be a preview of next year’s bike. We didn’t expect too many changes because the 2019 model had a very long list of new stuff, including the frame, head and all the bodywork. The Factory Edition did get some significant changes, including a new piston and rod. The fork has a few redesigned internals and WP gave it a new name. It’s now called the Xact 48. It’s still an air fork with the same basic design as the AER 48 it replaces. As is now tradition, the Factory Edition has an orange frame, Red Bull Graphics and a lot of bling. The price will be $11,099.  We already have a day of riding the bike at Fox Raceway. Here’s how it went.