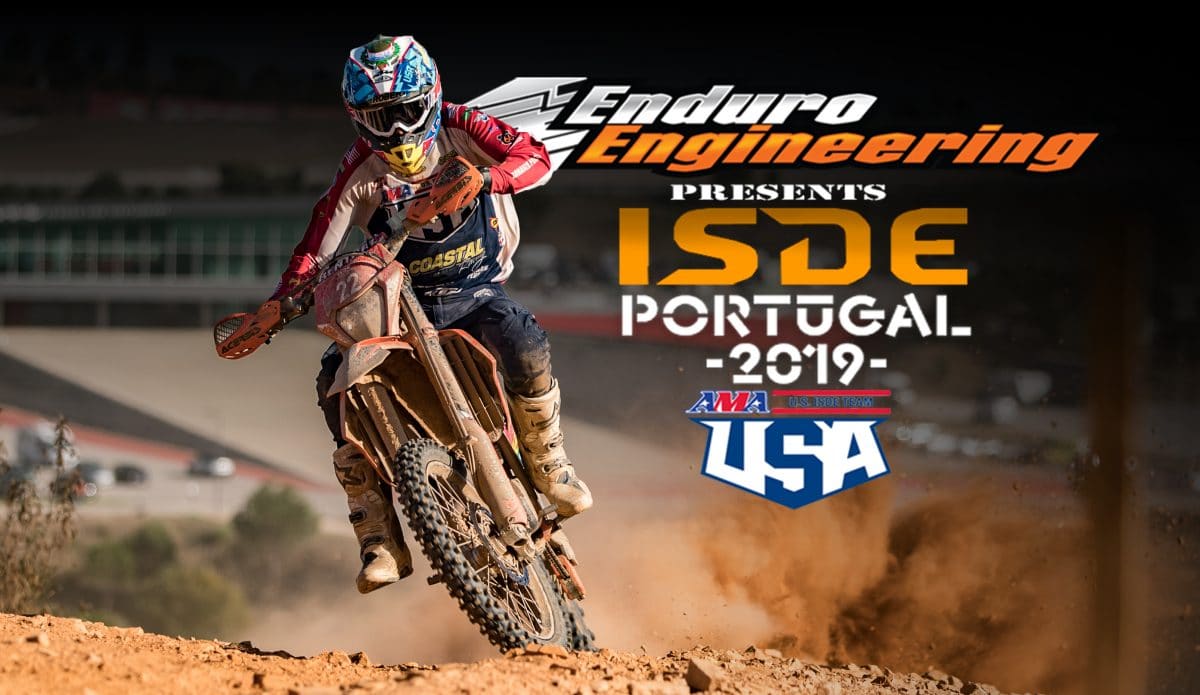 The fourth day of racing at the 2019 International Six Days Enduro showed no mercy for the riders, as they were faced with low temperatures, cold rain, sleet, 50 mile per hour-plus winds, and dust to finish out the day. After all of the confusion from yesterday, adjustments were made for day four to ensure that the race would be able to continue smoothly. With a large majority of the issues resolved for the day’s racing, here’s how the racers finished before heading into days five and six: (for extended coverage of the 2019 International Six Days Enduro, click here.)

As far as the top three World Trophy teams are concerned, nothing has changed. Team USA followed up their move into the lead yesterday by pulling out an extra 15 seconds out over the Australians, and Italy still trails behind in third about another seven minutes back. American Steward Baylor finally showed the speed he’s more than capable of and finished the day fifth overall, a minute and a half off of the leader’s time. From Australia’s team, current individual overall leader Daniel Sanders continues his domination over the rest of the field, winning four of today’s seven tests, with his worst test score being a third. Josep Garcia was the only other man to claim test wins today, winning tests one, five and seven for Team Spain, and also still leading the E1 class overall.

The Junior Trophy class saw the Australians dramatically extend their lead out by another seven minutes over the United States. After Michael Driscoll received a three minute penalty yesterday allowing the Americans to gain back some ground, they threw the hammer down today to undo the damage, and then some. On top of the raw speed of the Aussies, Team USA’s junior riders only finished the day out in 19th, 35th and 39th, putting quite a damper on their run at the 2019 Junior Trophy title. Just like in the World Trophy classification, the top three have yet to change over the last couple of days with Italy remaining in that third place position a few minutes in back of the Americans.

Maria Franks from Team Germany came into day four and shook things up a bit in the standings, not only taking the Women’s Trophy day overall, but she now leads the Women’s class overall and helped push the German team back up into second overall. Team USA’s Brandy Richards had her worst day of the week, which had her almost two minutes back from Franke and in third for the day (which is pretty good for her “worst” finish). In terms of the individual overall, Richards is back by about a minute and a half, but the US Women’s team still has a five minute lead as a whole. Australia was struck with devastation today, with Tayla Jones suffering a concussion, forcing her out of competition for the rest of the week. Great Britain’s Jane Daniels had an outstanding ride today, finishing second overall in the day’s Women Trophy standings and helping keep her team stay in third in the progressive results.

Day four allowed the XC Gear Club Team from the USA to extend their lead by another four minutes or so, with a total gap of 13 minutes over the next fastest club team. All three of the riders finished out the day inside the top ten overall club riders, with Oliveira squeezing out Antoine Meo for the day win by less than a second. The Team Lozere AMV 4 still holds down a solid second overall in the club division, sitting seven and a half minutes over the Spanish Team Club RFME 1.

GASGAS EXPANDS RACING WORLDWIDE WITH COLDENHOFF, BLAZUSIAK AND OTHERS