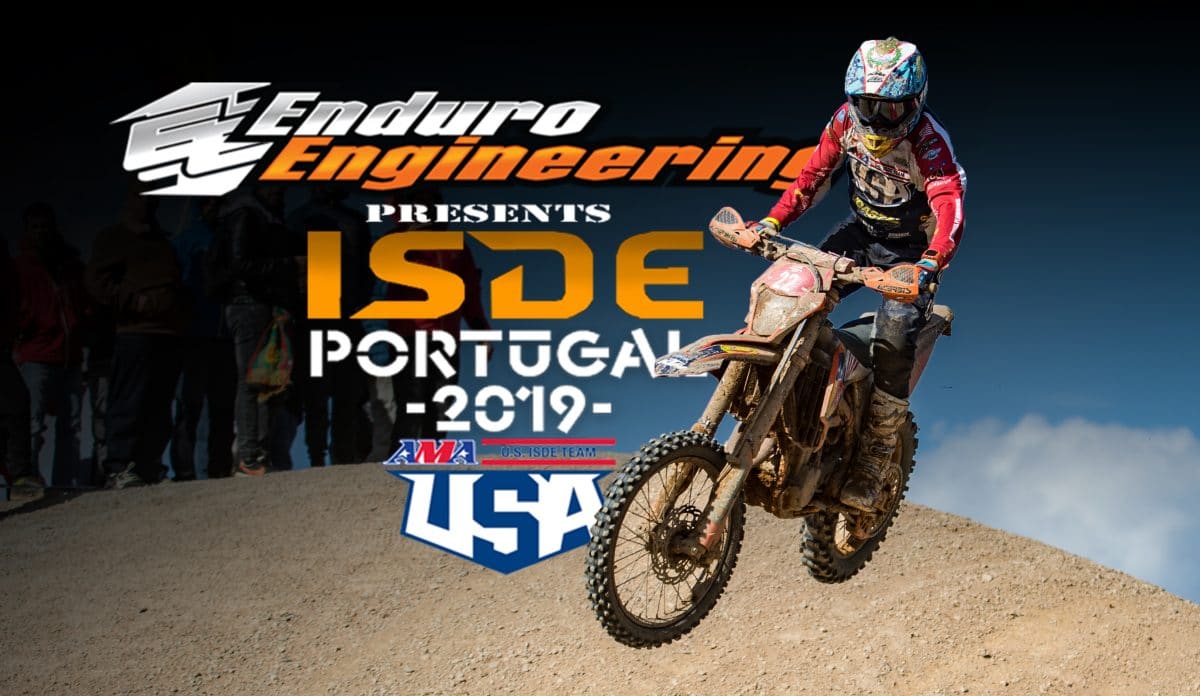 The first five days of the 2019 International Six Days Enduro have now come and gone, which have all led up to just the final motos remaining tomorrow. On day five, though, the riders got another new course layout, which added two new tests for them to tackle. Here’s how it all went: (for extended coverage of the 2019 International Six Days Enduro, click here.)

The man from down under, Daniel Sanders has been pretty much unstoppable all week in terms of day wins, but today the Spaniard Josep Garcia was finally able to best the current overall leader by a margin of just 17 seconds. That, on top of his competitors having to face some problems, has further solidified his second place individual positioning for the week’s overall. Regardless of how well both Sanders and Garcia did today, it made no difference for their teams as the Americans were able to pull their lead out to just over two minutes now over the Aussies going into the final motos tomorrow. As long as they can get three of their bikes across the line tomorrow, the United States will be this year’s champions. Team Italy still sits comfortably in third, but there is still potential for Spain to make up that four minute margin in tomorrow’s motos.

Team USA’s Junior Trophy team managed to pull off the collective win for day five of the ISDE, but too little too late as their deficit to the Australians still sits at over eight minutes going into the sixth and final day. Team Italy has dropped out of the podium hunt after losing Andrea Verona to a mechanical failure. The issue actually was noticed at the end of day four, with hopes of fixing the problem this morning, alas what they thought was causing the failure was not the culprit, forcing Verona to retire before the day even started. Italy’s downfall has opened the door to the Spanish Junior team onto to the overall Junior Trophy podium. They’re much too far back to move up any further at this point, but for them the good news is that an hour separates them and the fourth place Portugal, so their place in the top three is secure.

Team USA’s Brandy Richards was able to get back to her winning ways today, taking the top spot in the Women’s Trophy division by ten seconds over Germany’s Maria Franke. The USA as a whole now have a eight and a half minute lead over the Germans before tomorrow’s final motos, giving the American girls a comfortable gap going into day six. Having a ten minute deficit down from Germany and 17 minutes over the Swedes, Great Britain has managed to solidify their positioning on the overall podium heading into tomorrow. Individually, Maria Franke still holds down over a minute lead in front of Brandy Richards and another four minutes on top of that over Jane Daniels, so her lead is fairly well protected.

Team USA’s XC Gear club team rider Dante Oliveira has continued to show outstanding speed throughout the whole week, but today was his best ride of the ISDE so far. Not only did he take another club category day win, but he was the third fastest rider of anybody on the course, only being beat out by Josep Garcia and Daniel Sanders. His performance today added with how well he and his teammates of Ricky Russell and Austin Walton have been doing all week have pushed them out to a lead of over 16 minutes at this point, giving them plenty of confidence of wrapping up the club team award by the end of tomorrow. Team Lozera AMV 4’s Antoine Meo finished a strong second on the day, only eight seconds behind Oliveira, which was still good enough for seventh overall in regards to everybody’s times, but there was nothing the former world enduro champion could do to close the immense gap that lay between he and the Americans before the week’s end.